Review: The Family goes to War in THE FLASH #761

The Battle for the Flash Legacy continues! After being called out by Impulse, Thawne(still in control of Barry’s body) tries to take out the family but is stopped by Jay Garrick. The villainous speedster begins to lose control and runs to find his Legion. The Rogues, Grodd, and Tornado Twins were ordered to exhume the body of Nora Allen. Realizing this is a step too far, the Rogues refuse, allowing Barry to escape. Now in control of his body, as well as releasing Jesse Quick and Max Mercury. Realizing he is vastly outnumbered, Thawne pulls one last trick: gathering every flash villain in history! How will the family overcome this? 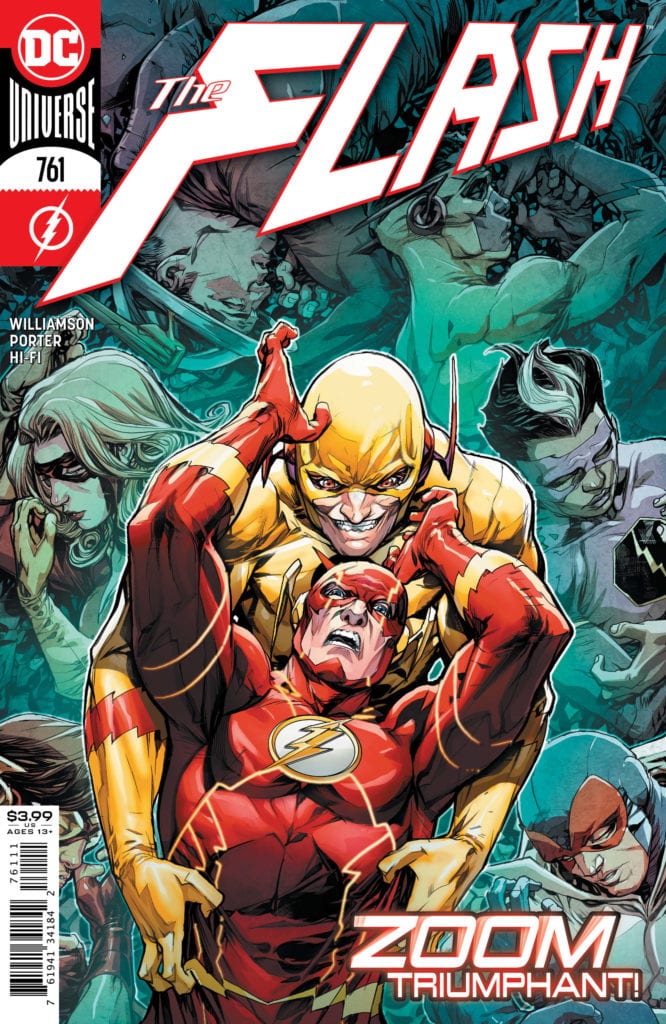 After an opening in the 853rd century, we watch the ultimate battle unfold. The Flash and his family begin to get overwhelmed by the sheer amount of villains Thawne brought. Max Mercury quickly thinks up a plan to even the odds, asking impulse for help. Through meditation, they are able to summon many speedsters from across DC’s history. While they quickly work to even the odds, we focus on Barry and Thawne. Amidst their fight, Thawne reveals one last truth about the negative speed force. Due to its different frequency, he is able to whisper into the ears of the Flash Family unknowingly, being the source of many of the doubts that the family carries. 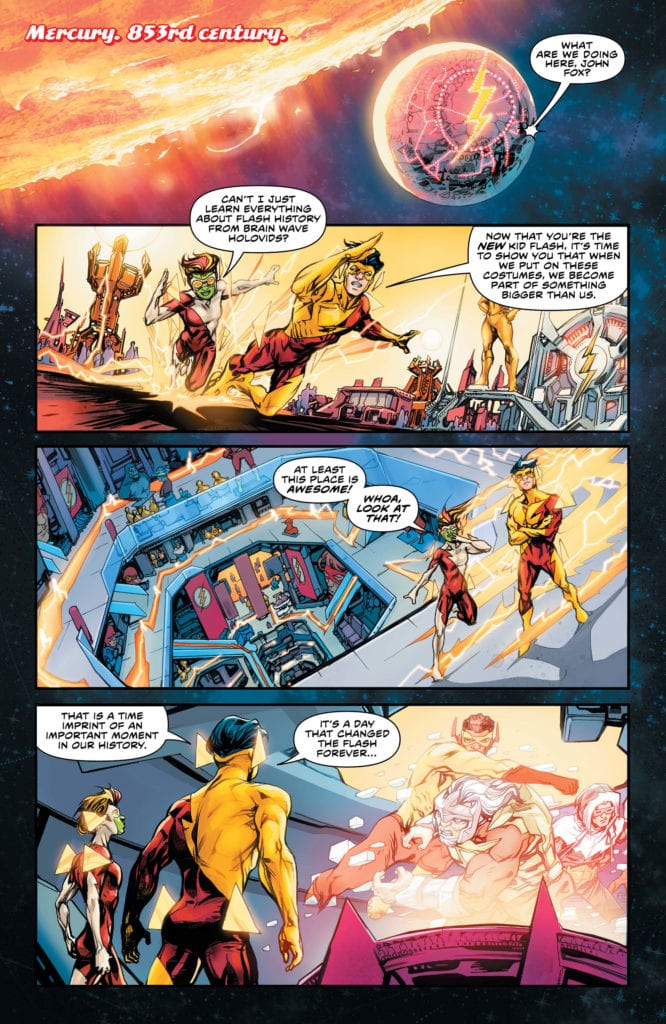 This issue has the same problem as the last one with it providing a lot of moments that come out of left field. The speedsters from across DC’s history and the Williamson run are very exciting, but the former comes out of nowhere. That said, it’s hard to stay mad because its great to see them all again. We get Tangent Universe Flash, Jay Garrick from Earth 2, Negative Flash, and many others. All of them wrapped up in an epic final battle against Central City’s greatest foes.

The twist of Eobard being the cause of the Flash Family’s doubts isn’t a surprise, but it’s definitely a stretch. Obviously, the speed forces can be bent to however the writer wishes, but this frequency difference doesn’t make sense. Usually, there is a telltale sign that hints that Thawne is near, which we haven’t seen. The only time we’ve seen anything like that is during the Jay Garrick story in issue 750. During one of the fights, we see someone whisper to Jay, which caused him to stop running. What does Jay have that none of the speedsters have to sense Thawne? 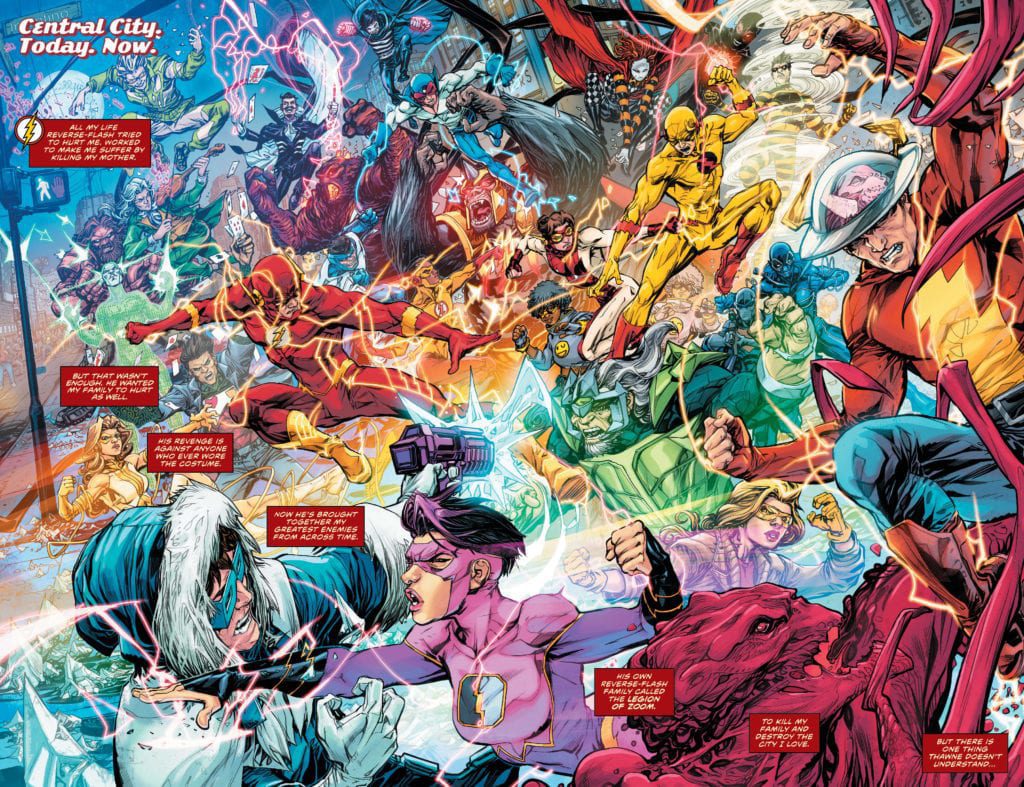 This issue sees the return of Howard Porter, and he does a phenomenal job. With the amount of action scenes in this lone issue, he is able to keep it clear and concise on who everyone is. The most breathtaking moment is the reveal of the cavalry that Max summons. It was able to hit all the nostalgic notes as not only do we see several versions of the Flash but also side characters that have been gone for a while. It’s moments such as this that make me wish Porter could be tapped for a series regular on any book. His style for each character is fantastic and makes me clamor for Porter’s next project.

For the penultimate issue of the Williamson run, it’s a damn good one. The stretch of Thawne’s influence aside, the action quality and stakes have never been higher. Every moment we get is beautifully illustrated by Howard Porter, who always brings a fantastic look. This story is shaping up to be a grand finale for an epic run of The Flash, and we have one issue to go!

The penultimate issue of the Williamson Flash run is full of great-looking action and not-so-surprising reveals.Review: The Family goes to War in THE FLASH #761