The Life and Times of a Growing Superman

In February of 1987, DC put out the first issue of Batman Year One by Frank Miller. It followed the story of Bruce Wayne and James Gordon as they come back to Gotham and begin working to make it a better place, as a cop and as Batman. It’s an iconic story and continued the already growing popularity of Frank Miller.

Thirty-two years later, Frank Miller comes back with another Year One story for DC’s Black Label line of comics. This time around it will be centered on Superman, a choice which is surprising to this reviewer, as Miller has made the Man of Steel an antagonist on more than one occasion. Will Miller catch me off guard and deliver a story worthy of Superman? 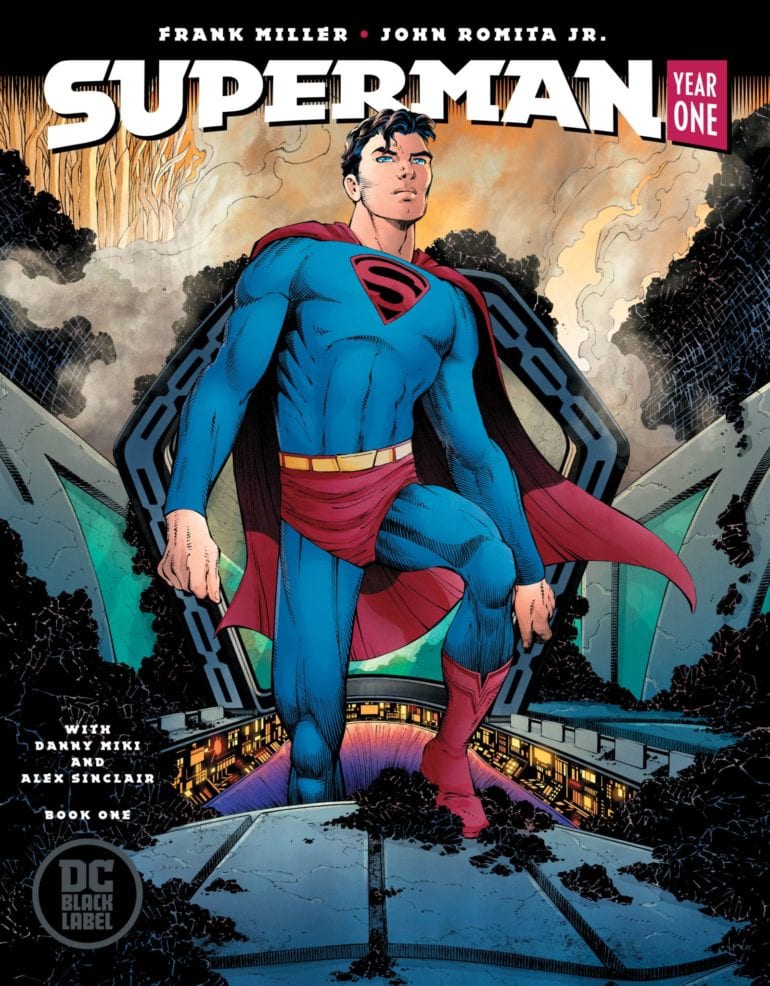 We open the story as most Superman origins do: On a dying Krypton. After an emotional opening that describes Clark as semi-aware of what’s happening, he ends up on Earth and is found by Johnathan Kent. The Kents adopt him and raise him as his own, taking the emergence of his powers in stride. Soon it’s time for Clark to go to High School where he faces off against his first villains: Bullies. He tries his best to keep them off the back of him and his friends, but Clark isn’t fully Superman yet. Thankfully there is a light in the school that brings him happiness: Lana Lang. 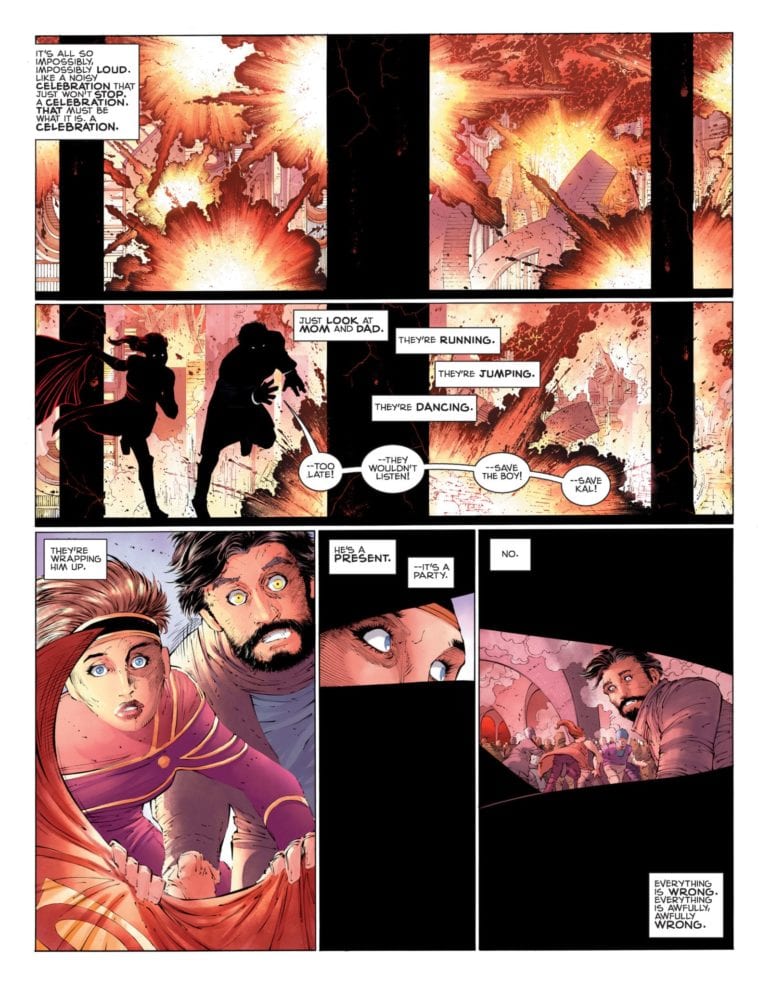 Now there are going to be people who will hate the lack of actual Superman in this book but that kind of makes it better. We keep the story grounded and more personal as we watch Clark grow up. Moments such as the narrator describing Clark needing to be soft in his throws while playing catch with father make the story feel real. This is less of a Superman tale and more of a coming of age story for Clark Kent. Every kid has felt like an outcast as he appears in the book and that’s what truly makes the character relatable.

We still have moments of Superman within this book. Moments of flying, pushing bullies, and lifting large objects. That being said, most of it is off-panel, leaving those hoping for action left wanting. By the end of the story, Clark has head out into the world which promises for plenty of action. This lack of action doesn’t detract from the story, so it can only get better from here. 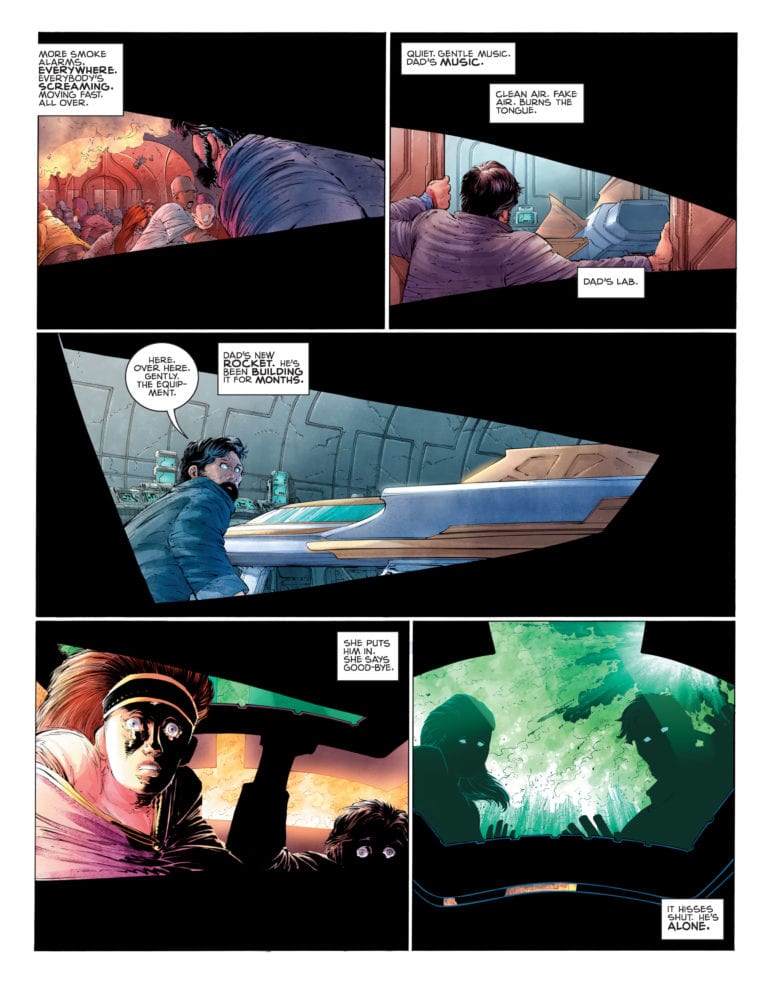 The art of this book is done by the famous(or infamous depending on your point of view) artist, John Romita Jr. He does a fantastic job keeping a grounded look for this story, allowing the readers to relate more to this story. The colors and linework of Clarks decision to leave is just breathtaking. I’m not surprised they used it for previews. The only part of the issue I thought could have been better was Krypton. It’s not that it wasn’t bad, it was just nothing new. Other than that, we have one great looking Superman book on our hands. 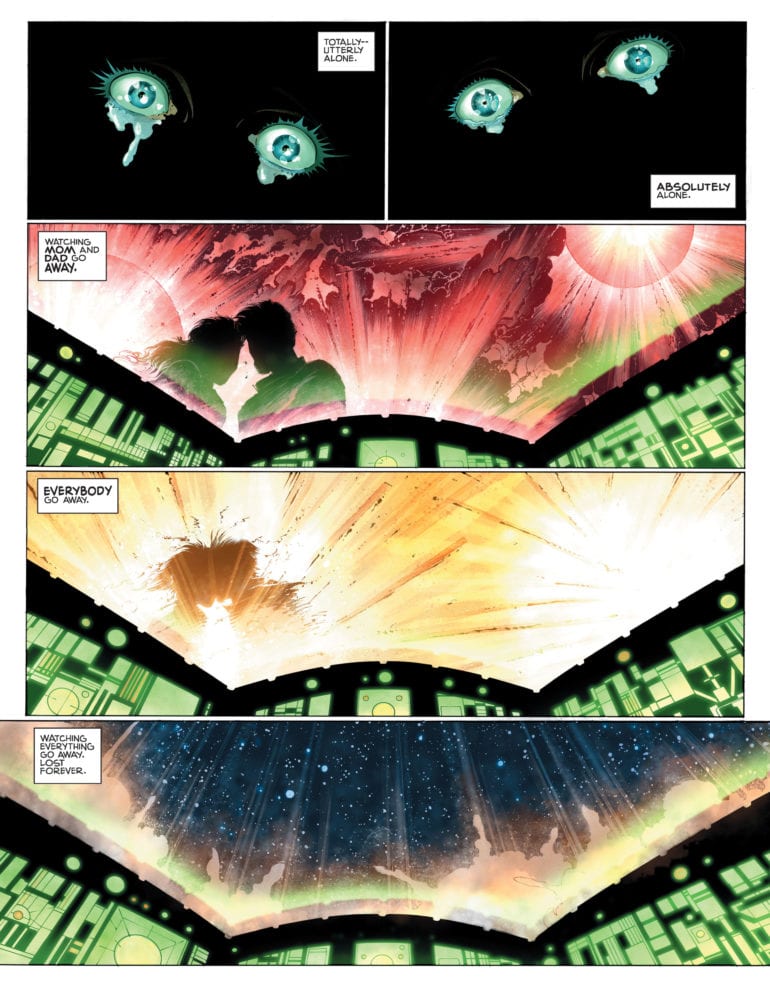 Overall, I was surprised by how much I loved this first issue. I was going in expecting this gritty retelling of the Superman origin and instead find a more down to earth tale. I loved seeing these simple moments in Clark’s life; it makes the character feel more human than most incarnations. The art helps capture that feel as well with grounded designs yet bright colorwork. The first year of Superman has begun, and I can’t wait to see what Miller and Romita have in store for us. Go pick this up today.

Superman Year One is one of the Man of Steel's most grounded stories, and it benefits from it.Jose "Jody" CardonaReview: SUPERMAN YEAR ONE #1 Chronicles the Wonderful Life of Clark Kent