Review: Clark Works To Become Heroic In SUPERMAN YEAR ONE #2

The Golden Age of Superman has been Remade!

The origin of Superman is one many people know by heart, even if you’ve never read a comic before. The biggest challenge to writing the story is doing something different that has your version stand out and last issue Frank Miller did just that. Instead of focusing on the alien nature of his origin or the powers manifesting, we focused on Clark Kent growing up in Smallville, falling in love with Lana Lang, and trying to find his place in the world. It was a nice, coming of age story that ended with Clark not going to Metropolis but the Navy to help the world. What adventures will our young Kansas native find out at sea? 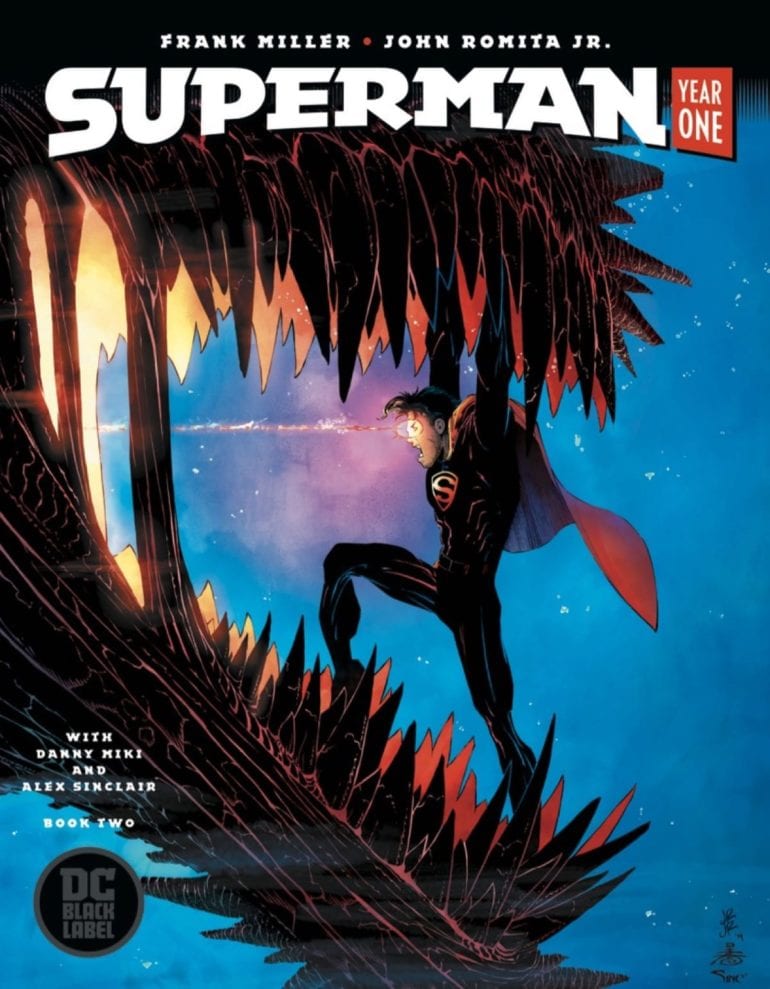 Clark Kent begins his training for the navy and soon rises to the top as one of the best recruits. From strength training to marksmanship, the trainers agree he might be the best soldier they have. One day during training, however, Clark sees something out in the bay where his training takes place. After that, he soon grows more distracted and sloppy, leading to a bar fight.

He gets chewed out by his leaders, but Clark can’t help but think of the bay. That night, he sneaks out and swims to the location only to find Atlantis, which has been wrecked by a submarine. Only thinking of a moment, Clark quickly gets to work helping the people, gaining the attention of the mermaid, Lori Lemaris. She begs her Superman to stay, but Clark returns to the surface, promising to return after his work in the Navy. 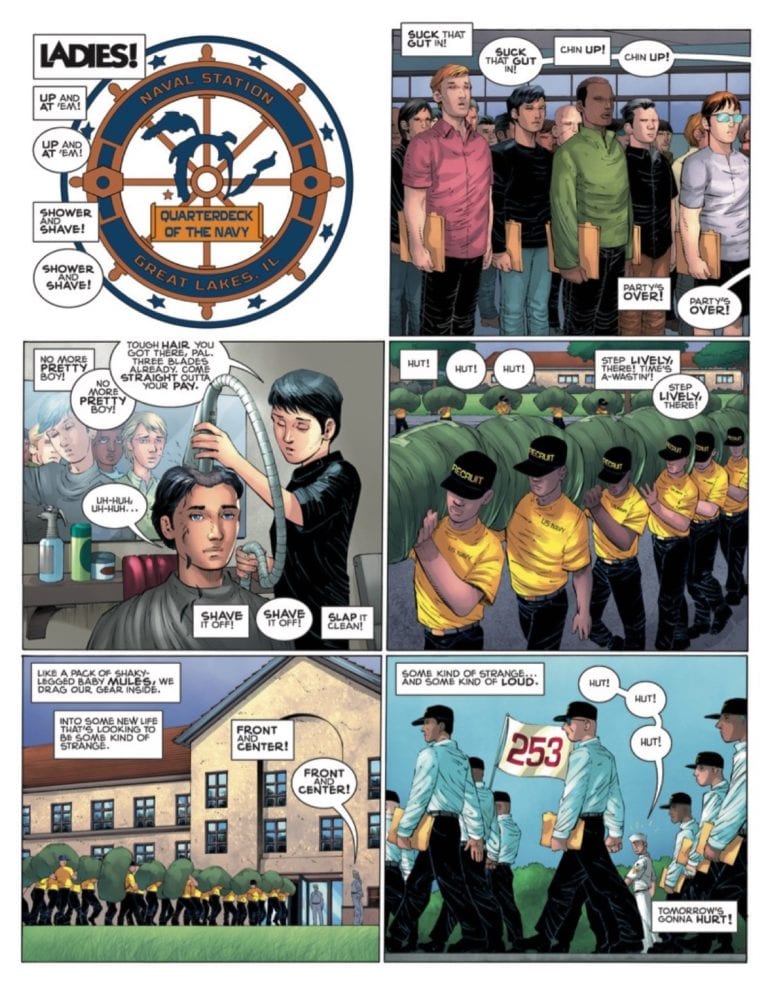 When I read the first issue and saw Clark heading to the Navy, I was unsure of what direction Frank Miller was going. It was a pleasant surprise to see him use elements from the golden age of Superman comics in the modern-day. From the romance of Lori to the original Superman shield having a black background, this issue captured the past of the Man of Steel.

Aside from the nostalgia factor, the navy sequences are a surprisingly nice change up to past Superman origins. Usually, we see Clark in Metropolis, facing off against a Kryptonian superweapon or the monster that killed Krypton. This time around, however, we bring the focus on him trying to be a hero as humans can be. Clark knows he isn’t human, but he still tries to help how humans help. Stopping bar fights to protect harassed ladies, holding grenades to protect his fellow soldiers, and just going out of his way to help the Atlanteans. He’s not trying to be a Superman; just a hero. 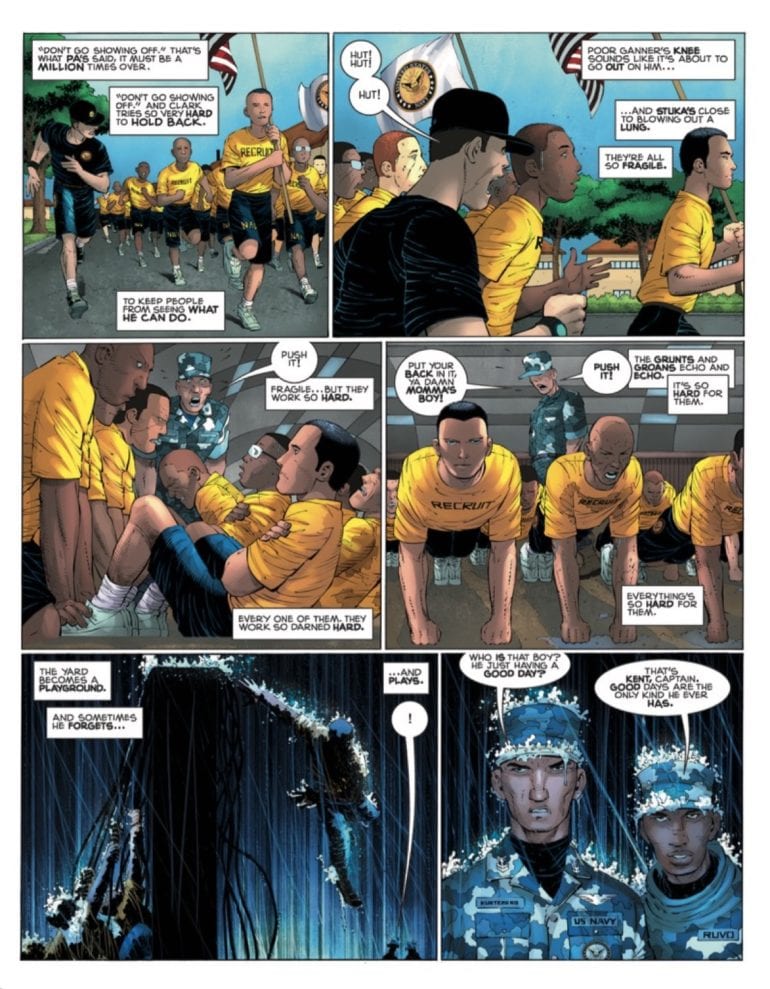 While I’m usually okay with John Romita Jr.’s artwork, there were certain parts that weren’t quite up to quality standards. While the navy and action sequences look great, the Atlanteans have a bit of a mixed bag about them. While the linework of those above the water gives detail to each character, most of the merfolk lack real linework to distinguish what is their attire and what’s them. This wouldn’t be such a problem if the colorwork would have it melt into each other, but even that gets hiccuped with mismatching looks.

The only sequence that works for this reviewer, however, is the reveal of Clark’s Superman suit. It captures the look of the Golden Age with bright colors having him pop right off the page. It brought a smile to this reviewer’s face and almost had me forget about the Atlanteans’ lack of detail. Almost. 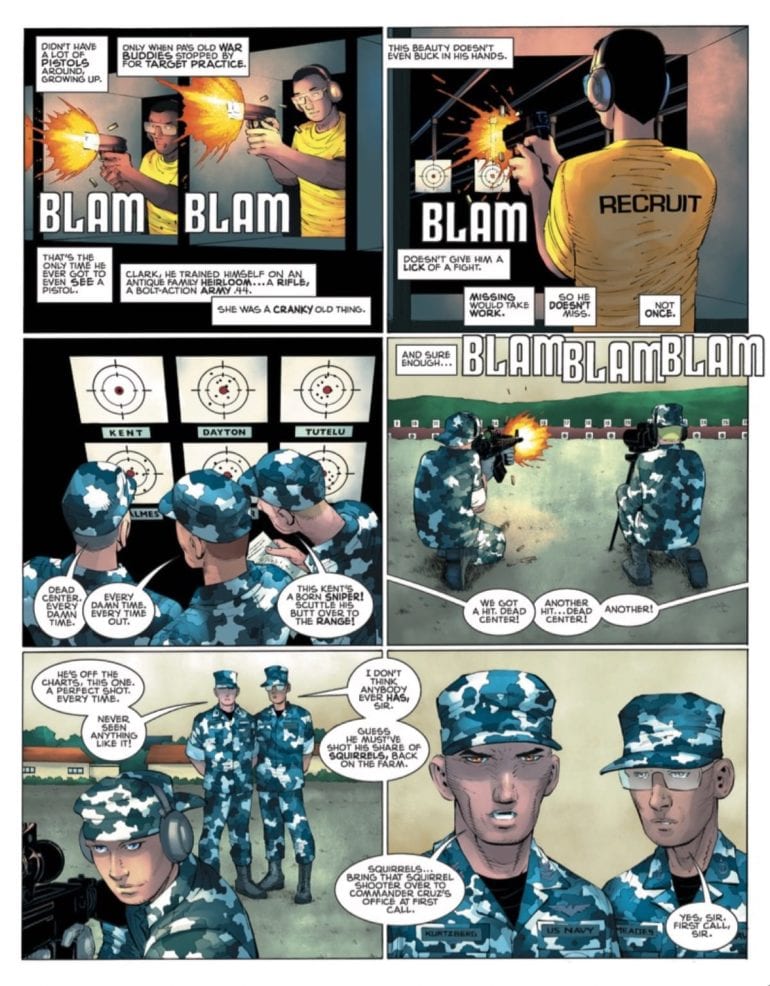 While it isn’t as great as the first issue, there is still some cool stuff in this one. Along with some kick-ass action, we get Clark building up to become a hero through training and a chance encounter with Atlantis. The art sadly doesn’t hold up, but hopefully can get itself back on track as we approach the final issue. Overall, a decent read for a neat retelling of the Superman origin.

The Golden Age of Superman has been Remade! The origin of Superman is one many people know by heart, even if you’ve never read a comic before. The biggest challenge to writing the story is doing something different that has your version stand out and...Review: Clark Works To Become Heroic In SUPERMAN YEAR ONE #2