SHADOWMAN #3: How To Make Parallels Throughout A Plot

Shadowman #3 from Valiant Entertainment comes to comic stores on June 23. As writer Cullen Bunn’s plot intensifies, now is a good time to go over the title character’s magic system. With illustrations by Jon Davis-Hunt and coloring by Jordie Bellaire, the spirits tied to this magic never looked so menacing. The way letterer Clayton Cowles has these spirits speak adds another ghastly layer to them. 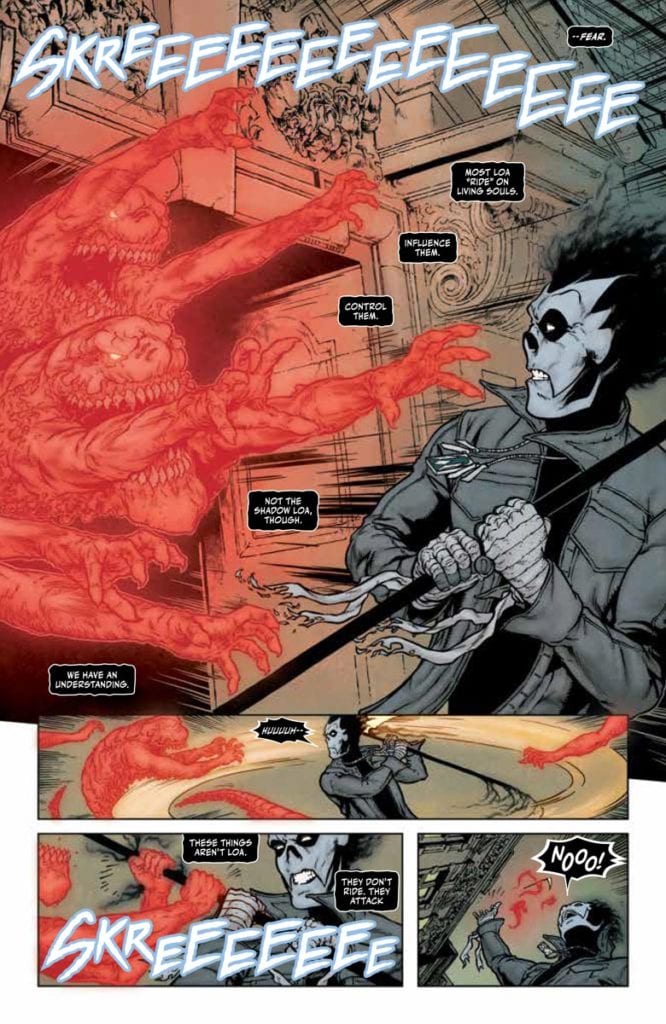 Shadowman #3 goes into Valiant’s take on Voodoo magic after briefly touching it prior. Interestingly enough, that’s why this issue connects to Bunn’s previous Voodoo series, Punk Mambo. In this case, it’s the ways the Loa interact with people. While previous issues of the series show healthier boundaries between the spirits, as Shadowman exemplifies, this issue goes into the more dangerous areas. In his brief time on screen, the issue’s antagonist, Pallbearer, shows how extreme these interactions can be. He’s driven by a need to dominate the Loa, who use mortals as playthings, functioning as a bigoted foil to Shadowman. 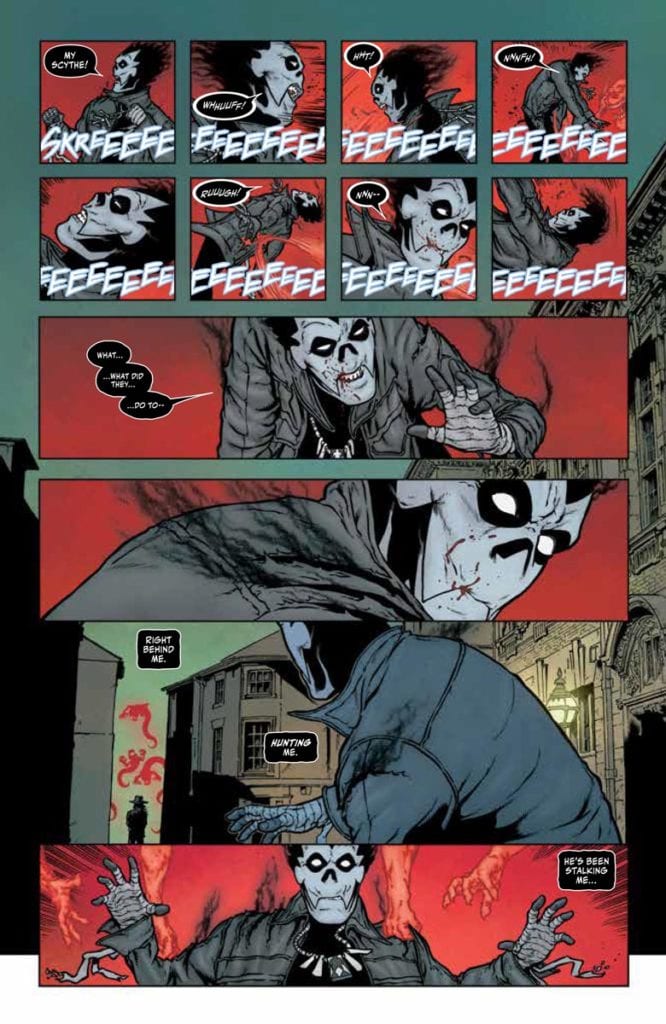 Davis-Hunt makes Shadowman #3 all about the spirits with their wild designs. The Pallbearer’s ghostly minions look threatening with their numbers as well as their sharp teeth. Their red glow by Bellaire and the way they attack a jellyfish-like Loa give them a pure predatory presence. But they pale in comparison to Jack’s companion, the demonic Shadow Loa, Bosou Koblamin, whose purple glow makes him look comforting.

The way the spirits stand out in the muted backgrounds makes their presence more pronounceable. The way regular people look so devoid of life in the setting of Barcelona, it’s like they’re already dead. Considering how one Loa rides a host, with ghastly designed word balloons from Cowles no less, it’s hard to tell if this atmosphere of the living dead is because of Pallbearer attacking or the Loa he wants to destroy.

Study Up In Shadowman #3

Shadowman #3 is a gripping look into a concept surrounding a greater arc. The way it’s presented makes it feel like something to remember at any time. Because if anyone goes into the next issue without context, they might be vulnerable to predatory forces.

Shadowman #3 gives a little exposition on a part of Valiant's more unique magic system; by showing off the strengths, weaknesses, and how it ties into the overall plot.SHADOWMAN #3: How To Make Parallels Throughout A Plot