Cullen Bunn was at C2E2 in Chicago this past weekend, and Monkeys Fighting Robots got a chance to speak with him about Shadowman and his writing process. Shadowman hits your local comic book store on May 20.

Bunn is known for indie work on Harrow County and The Sixth Gun, but the writer has a history with voodoo with titles like Punk Mambo and Bone Parish.

MFR: You’ve written about voodoo in Bone Parish and Punk Mambo, will these books influence Shadowman?

Bunn: Voodoo has always been something I’ve been interested in. The magic system is unique, and I thought it would be good to implement. But the voodoo you find in Valiant isn’t the traditional kind, just the Valiant variant. As for leading into Shadowman, Punk Mambo at least will lead into some events in Shadowman.

MFR: You seem to employ the deeper meanings behind mythical and religious teachings. How much research goes into these series and is there a method in how you apply them?

Bunn: I do enough research to be dangerous. I like to make the research feel real to the readers. But I don’t spend weeks and weeks doing my research, just enough to feel immersive.

MFR: Critics love your work in horror and fantasy, but you don’t shy away from other genres. How do you approach working in different genres?

Bunn: Yes, whenever I work on a different genre and series I always want to be able to bring something only I can do to each of them.

MFR: On that note, have any characters from your previous works influenced how you develop other series?

Bunn: Every character I work with has in some way influenced me and my series. However, it’s never as big or as overt. Sometimes even I don’t notice how much influence comes in.

MFR: What else are you working on?

Bunn: I do have titles coming from Valiant and creator-owned titles that I am working on, but I’m not at liberty to discuss them at this time.

MFR: Thank you for your time Cullen! 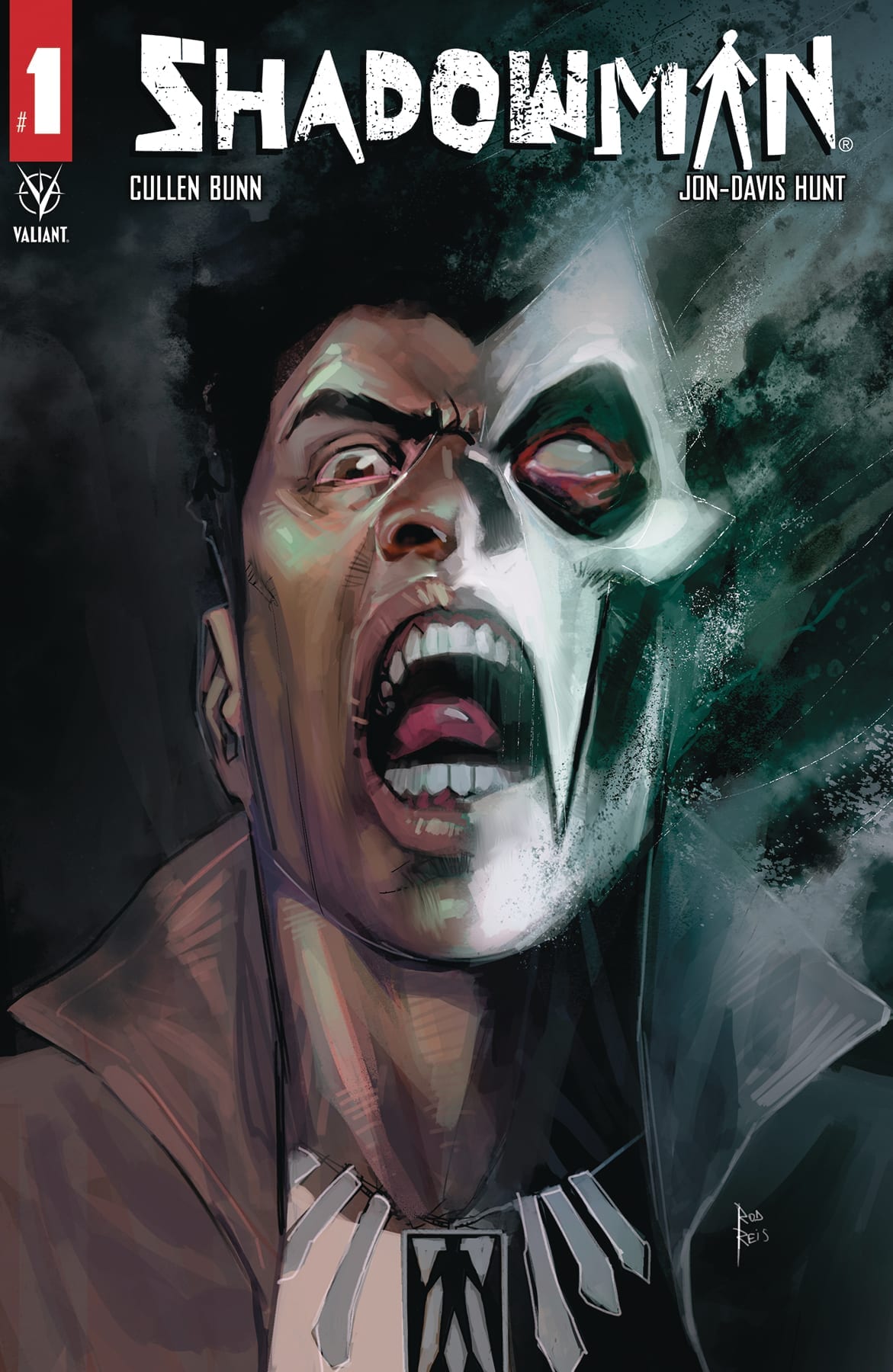 About Shadowman:
A BRAND-NEW HORROR SERIES!
From the bestselling master of horror Cullen Bunn (Venom) and bone-chilling artist Jon Davis-Hunt (Clean Room) comes a shocking supernatural odyssey.
The forces of darkness are awakening, and they are hungry for life. Will Jack Boniface, feared by the forces of evil as the protector Shadowman be able to save us all?

Are you looking forward to Shadowman? Leave your thoughts in the comment section below.