Recently Marvel Comics has tackled mutant families in X-Men, and mutant pirates in Marauders, but this Wednesday they take the next step in EXCALIBUR #1; mutants and magic.

Much like the other first issues, Excalibur #1 focuses more on the story, characters, and future rather than action. Writer Tini Howard’s slow paced nature works in its favor by helping ease in readers to the magic based side of X-Men. Howard elegantly pushes the plot forward by taking time to introduce each character, motivation, and how they all tie together.

In the recent Power/House of X series, a fair amount of the classic X-Villains join the X-Men in the mutant paradise, Krakoa. But, all is not hunky-dory. Nothing ever is;, especially for mutants. This uneasiness of ‘nothing good lasts forever’ comes from teaming up with Apocalypse. Even though he has accepted Krakoa’s ways, there are still hints of his former self and doubt stemming from others around him. But, when these moments happen, they are never forced or seem out of place.

The art by Marcus To falls in line with the other X-Titles style; keeping the characters looking realistic, and Krakoa a beautiful utopia. The designs for each character matches other titles they appear in, making the new relaunch of titles feel as one big universe. While doing this To keeps his art simple for new comers, yet elegant in its beauty.

These beautiful landscapes and costumes are helped immensely by Erick Arciniega’s magical colors. Throughout Excalibur #1 Arciniega paints a gorgeous bright colored background that makes the characters pop, while still showing the beauty of the locations. The few times magic or mutant powers are used, the pages light up akin to a firework show, encapsulating you.

Excalibur #1 may not contain the explosive fonts seen in the other titles, but VC’s Cory Petit keeps the bubble placement from covering the art. Plus, the usage of Apocalypse’s new ‘name’ makes for exciting dialogue moments.

Howard’s slow paced, ease of excess story combined with To and Arciniega’s magical art makes Excalibur #1 a spell of a first issue. If magic mixed with mutants interests you, now’s the best time to hop in.

Cover Story: Like the other X-Men titles, Excalibur #1 has its fair share of Variant covers. But, the coolest comes from design artist, Tom Muller who also created all the new X logos. 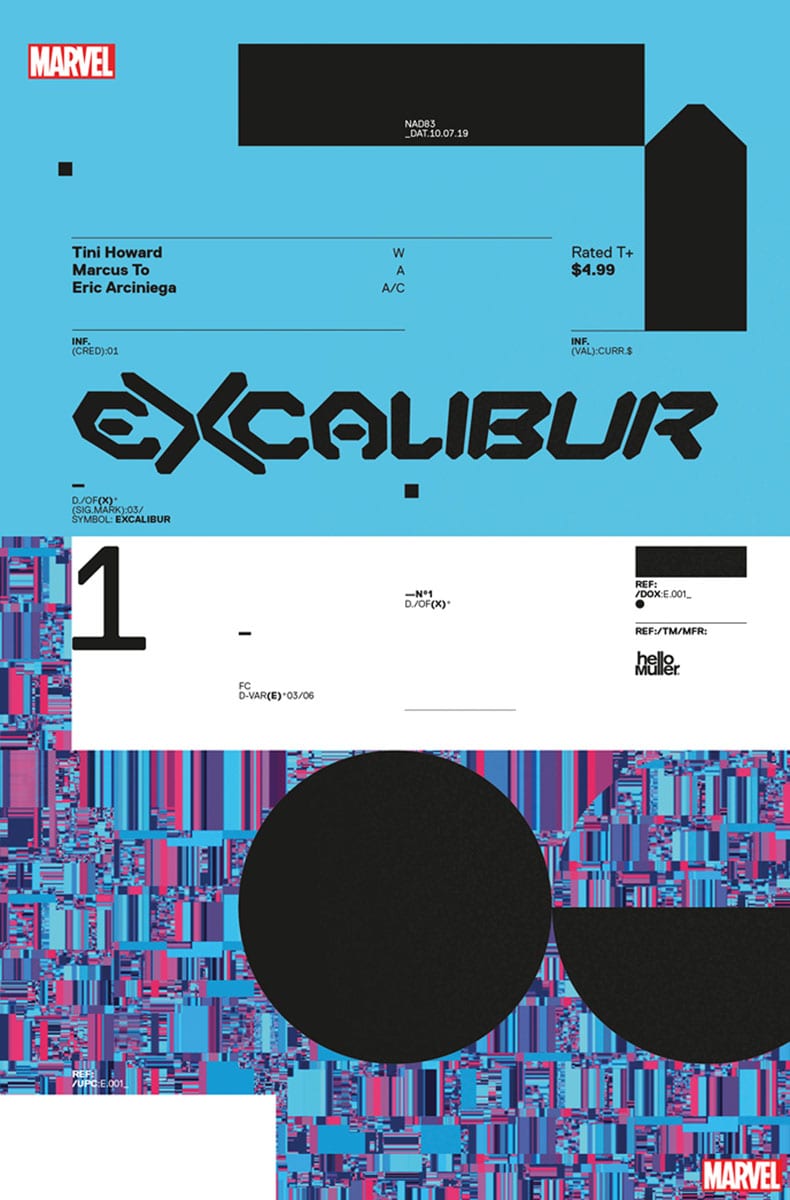 Side Note: Much like Prince, Apocalypse turned himself into a symbol.

What did you think about the first magical issue? Let us know below!