The Summers family welcomes you into their home for X-Men #1, cribs edition, out this week from Marvel.

Spilling out of House of X and Powers of X is X-Men #1 from Jonathan Hickman with pencils by Leinil Francis Yu. Gerry Alanguilan is the inker and Sunny Gho handles the colors. VC’s Clayton Cowles is once again at the lettering helm for Hickman.

While Yu’s artwork is top-notch and crisp, there is nothing that particularly stands out. Larraz and Silva’s work on House and Powers was gorgeous and unique, and made the X-Men stand out on the shelves at your local comic shop. Yu’s pencils are fantastic and work very well for the X-Men; they just lack anything extraordinary that would stand out among the other comics out there today.

Carrying the team on his back is Sunny Gho. His colors make the issue shine in just about every panel. From Cyclops’s energy beams, to Storm’s eyes and the glowing tech, Gho’s palette is gorgeous and the most consistent carry over from House and Powers.

The action in X-Men #1 involves saving some mutant children in a scene that reminded me of Star Wars with our heroes running through a ship with red beams whizzing by. Big bad Darth Vader (Magneto) shows up and wipes everybody out pretty quickly. Polaris helps her father subdue the threat, but this is a high-powered team ready to tackle some high-powered threats.

Saving mutant children means new characters and 1st appearances galore. There’s even a uniquely designed post-human that is confused and conflicted upon her release from stasis, and time will tell if she is a friend or a foe. Omega sentinels will obviously have a huge part in Hickman’s X-Men, and he leaves no loose ends so we have not seen the last of her, and we should expect many more to come. 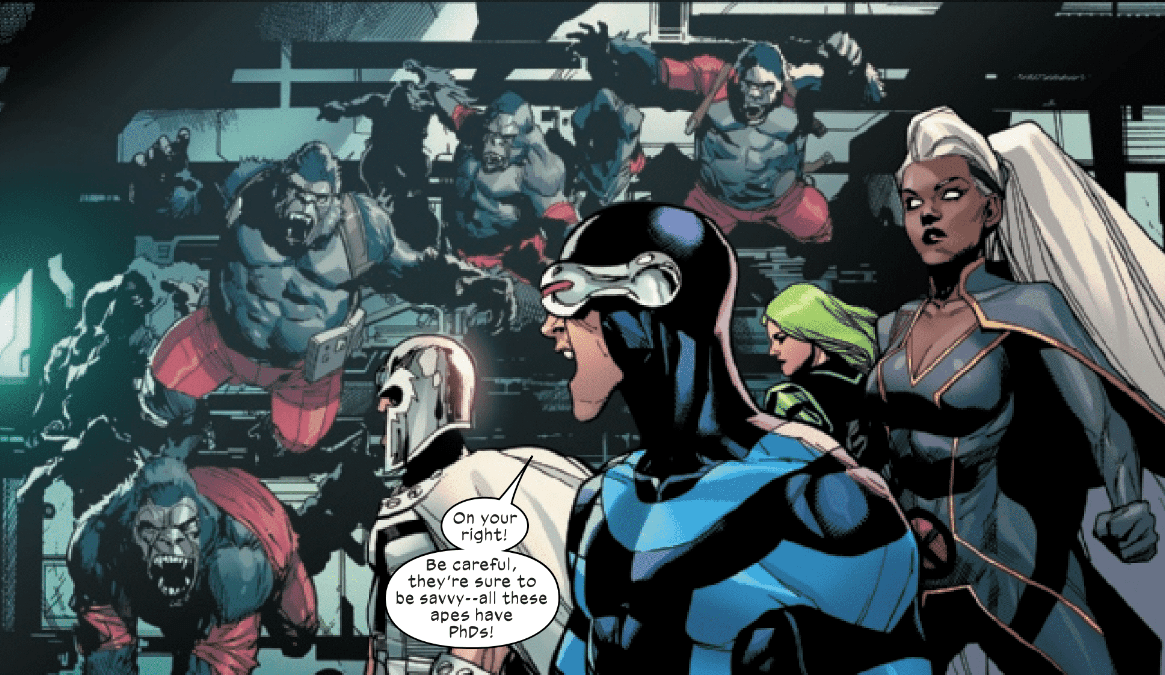 After the 12 issue mind blowing series leading into the Dawn of X, I didn’t expect so much down time, but House of X and Powers of X allowed for Hickman to ease the new X-Men team into action. The entirety of mutantdom has been rebooted and now these series will focus on the smaller teams of mutants and their adventures. The X-Men will be made up primarily of the Summers family, so get ready for those deep cutting family dilemmas. 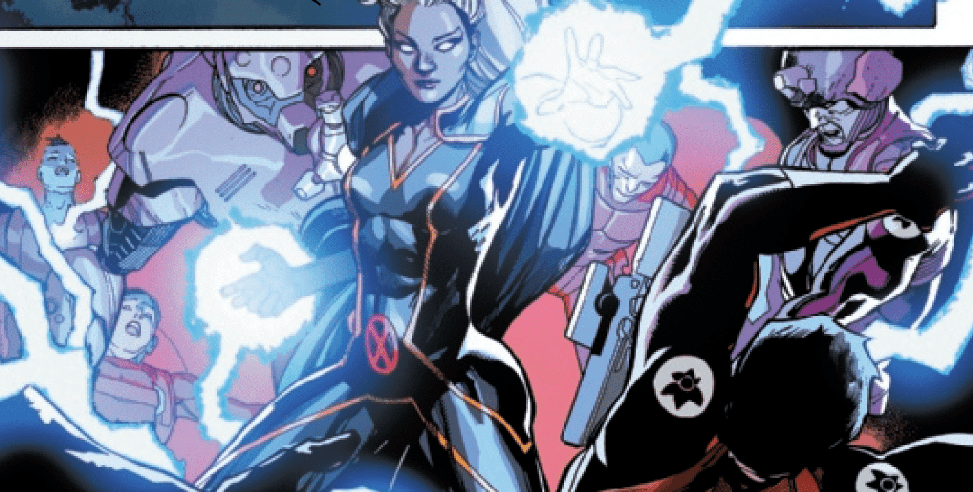 Along with Cyclops and Jean, their children Rachel and Cable are on the team, accompanied by Cyclops’s father Corsair and his brothers, Havok and Vulcan. Magneto and his daughter are connected to the Summers family because Polaris and Havok were engaged. The only real outliers are Storm and Dr. Reyes. Wolverine is not related to anyone either, but his history with Scott and Jean and the weird numbering of their rooms is sure-fire drama waiting to happen.

Hickman loves helmets and eye accessories, so I’m still surprised Cyclops doesn’t have a new visor or goggles yet. I’m actually very surprised that most of the X-Men’s costumes have stuck to their original look. Maybe we’ll get new designs after the next resurrection. 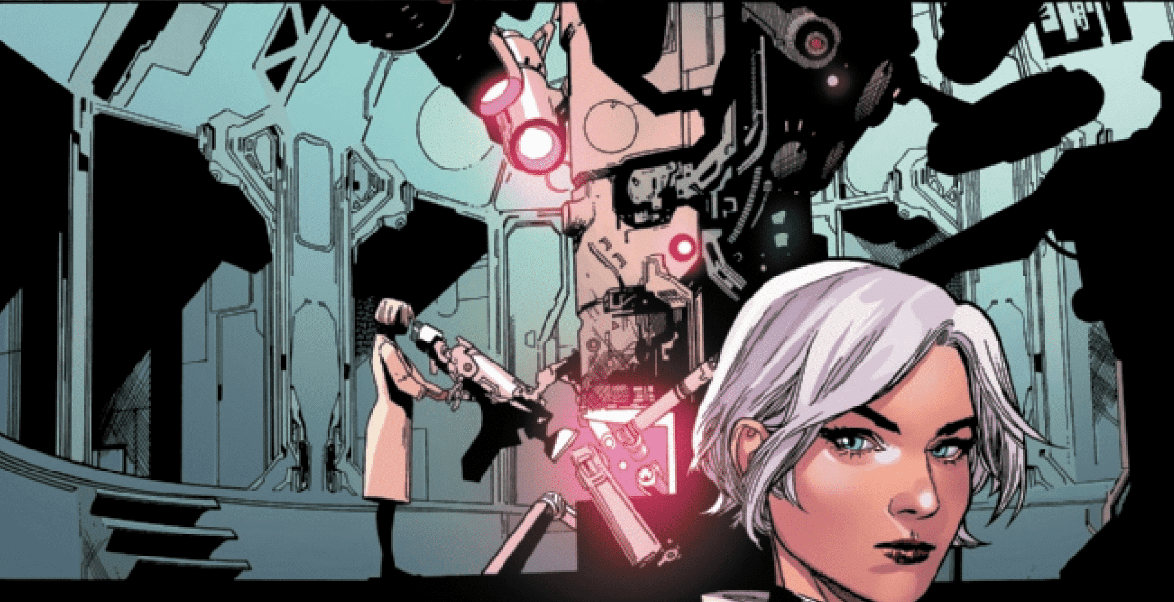 X-Men #1 is a more focused introduction to the new mutant society, and finally branches out from Krakoa. The Summers home shows exactly why the living island is so important to the thriving mutants. Krakoa earns the classification as a paradise, and the possibilities are endless. Hickman keeps the ball rolling with more new characters and a cliffhanger to bring you back for more. The problem for the rest of the Dawn of X titles may be that the bar has been set so high that it will be hard to reach.

What did you think of X-Men #1? Do you think Hickman can keep this up? What reveals from the first issue are you looking forward to the most? Let us know in the comments below.