It is a match made in Terra as the X-Men are stuck in the middle of love in X-Men #2, out this week from Marvel. 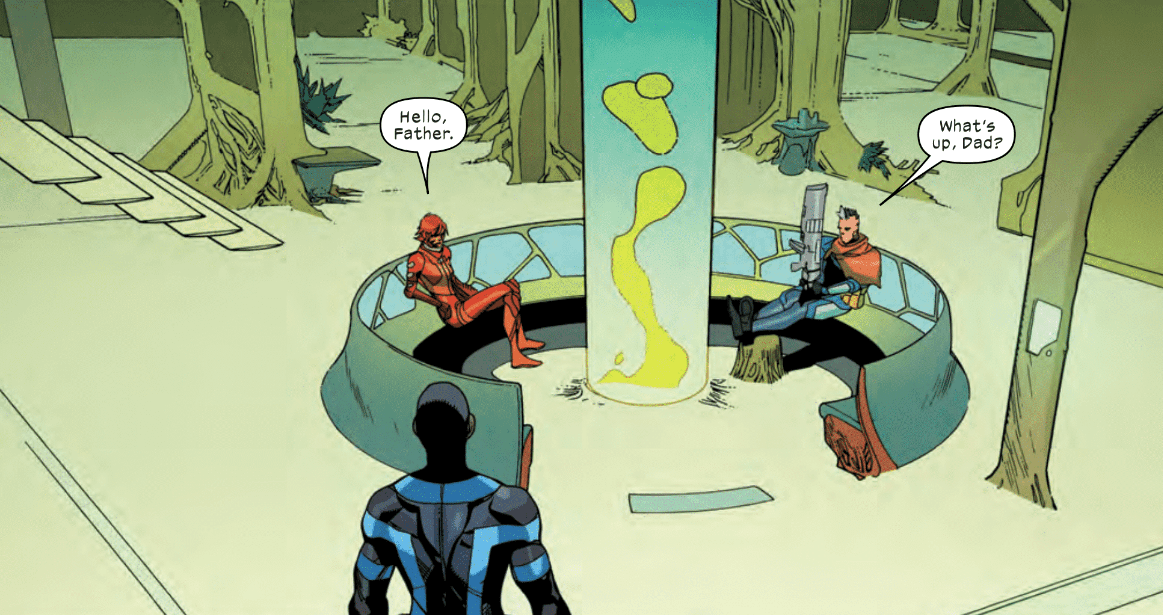 Jonathan Hickman continues to lead X-Men into a future filled with terribly accurate representations of humanity.  When reading House of X/Powers of X some might say that Hickman writes humans in a very unfavorable light, but then you turn on the TV or open up Facebook, and it’s just too painfully accurate.

Leinil Francis Yu takes us on a gorgeous journey through Arakko with three members of the Summers family. The island of monsters is beautifully designed with thick foliage that hinders the ability of the X-Men to travel quickly. As the family slices their way through, they discuss how the island reminds them of Hawaii, so the pressure is on Yu to deliver an amazing landscape and he nails it. 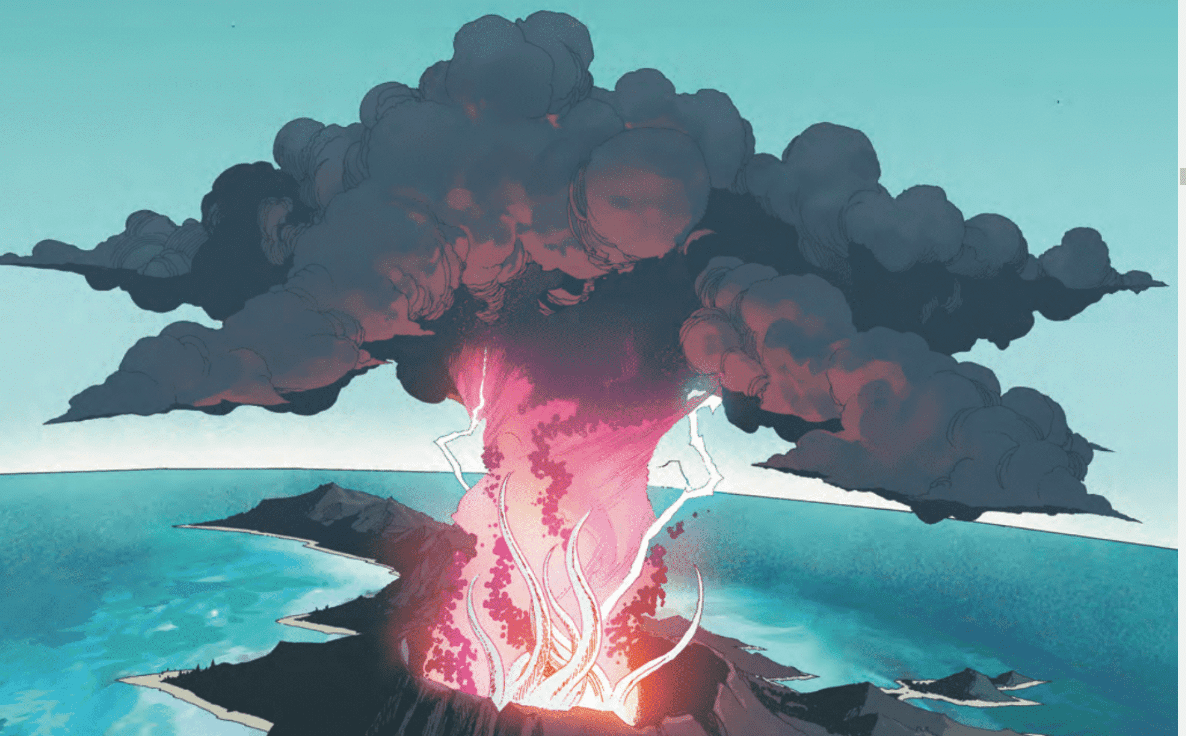 Gerry Alanguilan inks Yu’s pencils and preserves his style for the finished product. The inks stay thin to keep all of Yu’s detail easily visible. They are a dynamic duo and work extremely well together.

Sunny Gho is the king of colors and steals the show once again. With all the tech, magic, and monsters, there is no shortage of light sources throughout this issue and Gho does a masterful job of illuminating the pages. Every gun blast, explosion, and eye beam lights up the surrounding environment showing that these artists have taken their time to make this island as alive in our minds as it is in theirs. Gho is truly a Jedi of color. 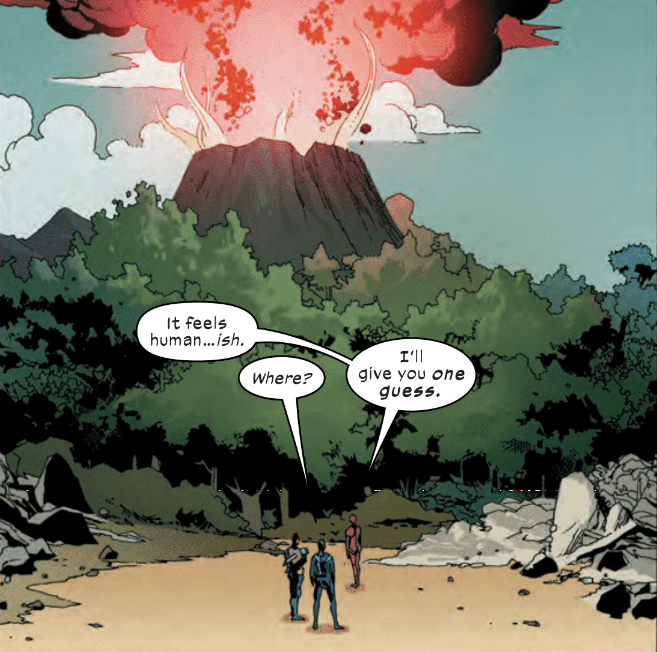 Clayton Cowles’s work is always easy on the eyes. His letters have nice soft edges and rounded corners which gives the appearance of a calm narrator. His word bubbles never cause me to squint or put any extra stress on my eyes, which is something that can be taken for granted, especially if this is the 3rd or 4th book you’re reading in a sitting.

X-Men #2 begins with news that another island has appeared 100 miles to the southwest of Krakoa, and Krakoa is hauling dirt towards it. The other island, Arakko, is populated with monsters and Scott, Cable, and Rachel are headed to make sure there’s no danger to them and their sentient home.

We’re introduced to a Summoner and to a few of the monsters populating Arakko, and after a pretty hilarious interaction, the High Summoner explains why Krakoa sought out Arakko and the long lost lovers embrace after so much time apart.

The unification of the two islands shows the yin and the yang, where Krakoa is paradise Arakko is hell, one is life and the other death, one was thought to be safety, the other danger. I have a feeling the island has many more surprises in store for the X-Men now that they are joined together.

Reeling after the events of X-Force #1, the X-Men, and all mutants, are on edge, Krakoa is on lock-down, but no one can control what the island itself does. In a time of sorrow and sadness, Krakoa shows the mutants that shutting themselves off is not the answer. There will always be set-backs of violence and jealousy as long as humans are living and breathing. 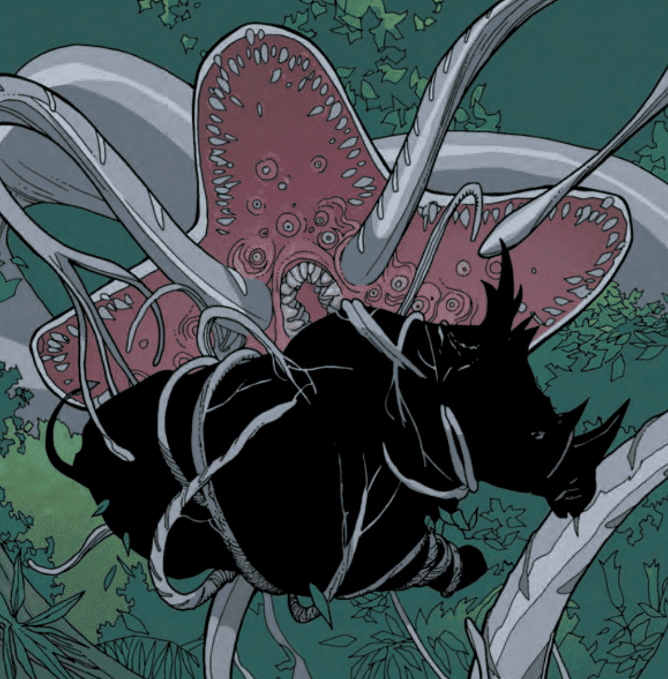 Will Arakko be an ally or an enemy? What will Apocalypse do after what has happened to Xavier? Can the High Summoner be trusted?

What did you think of X-Men #2? Did you love the family bickering as much as I did? Let us know in the comments below.

3819
Find out how to get the
Monkeys Fighting Robots magazine!

Review: Jen’s Back to Basics in SHE-HULK #1