Review: Wringing Out The Good Magic In TALES FROM HARROW COUNTY: DEATH’S CHOIR #2

The sequel to one of the best horror comics of the decade receives a stellar second issue in “Tales From Harrow County” #2. Cullen Bunn’s brilliant senses of plot, pacing, and dialogue are met with Naomi Franquiz’s perfect watercolor art to create a series that fits in perfectly with its predecessor.

As the specter of World War II haunts Harrow County, specters of a more literal sort begin to invade. When a ghostly song begins to call forth the spirits of the long buried, Bernice must work to save the place she calls home, even if some residents may reject her help. 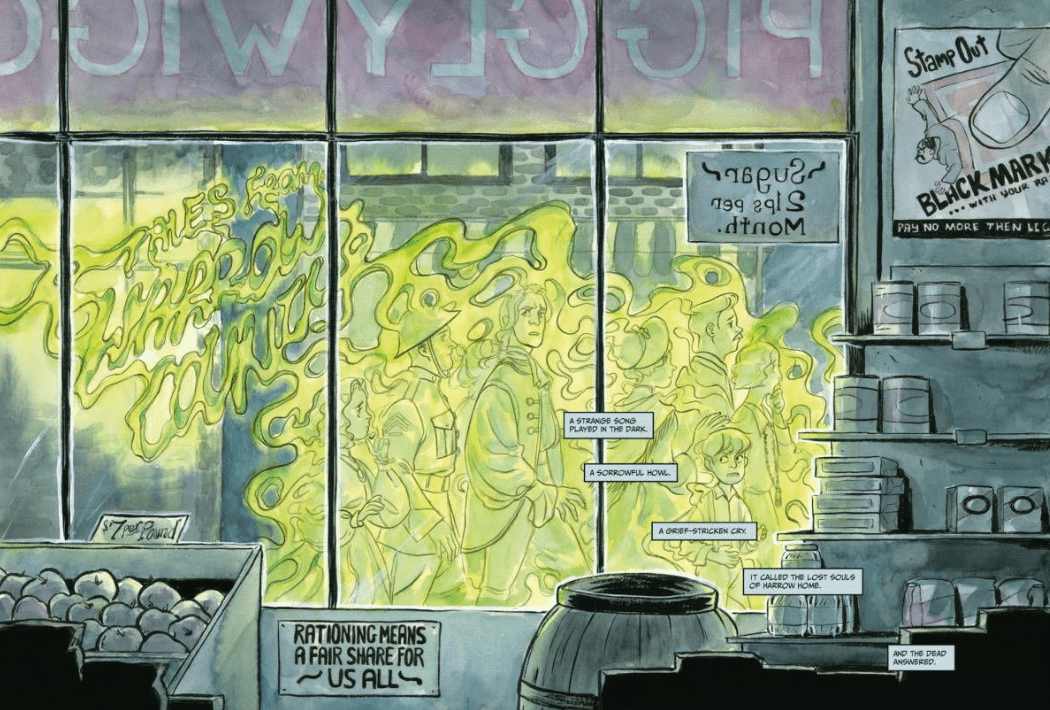 Cullen Bunn‘s excellent ability to progress the plot via the characters is as strong as ever in “Tales From Harrow County” #2. The central plot surrounding the ghosts and the spectral singing is brought to life solely through how Hattie discovers it. The mystery is still at large of course, as Bunn never shows his hand. The combination of backwoods horror and intimate character issues is what made the original Harrow County such a fantastic series, and this is a continuation of that style. Socio-political issues are handled with professional brilliance and subtlety as well. The notion of bringing Harrow’s backwoods magic up against Christian Fundamentalism in this era has always been an intriguing one, so watching it happen is just as fascinating – and frustrating – as one might imagine. This, alongside Hattie’s romantic relationship and the goings-on of WWII make this a tense and consistently gripping read even without the horror elements. Once again, Cullen Bunn flexes his talents in endless degrees. 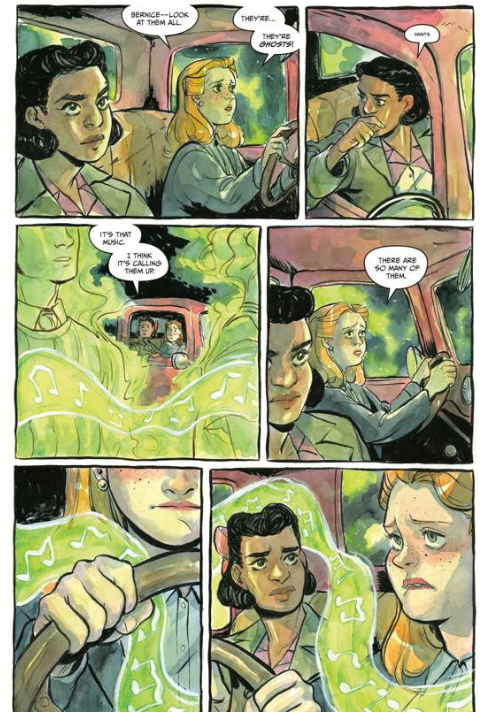 Once again Naomi Franquiz flexes her artistic talents in her second issue of “Tales From Harrow County.” It’s astonishing how much her art replicates Tyler Crook‘s from the original Harrow County while still being very much her own work. The watercolor work still creates the often swampy and other-worldly atmosphere of this horror series. The pencils have a softness on the human and better haint characters that give them friendly relatability. Don’t let that fool you though; Franquiz can still draw one hell of a monster. The superb artwork is supported by series co-creator Tyler Crook’s distinctive lettering, giving different people and specters their own fonts that somehow perfectly encapsulate how they would sound. The visual side of Harrow County continues to look stunning and original thanks to this fantastic art direction.

“Tales From Harrow County: Death’s Choir” #2 is an eerie and endearing follow-up to a spectacular first issue in this sequel series. Cullen Bunn has lost none of his touch with the world of Harrow County and continues to cleverly add new issues both supernatural and social. Naomi Franquiz manages to perfectly emulate the work of Tyler Crook while still maintaining her own artistic touch. So far, “Tales From Harrow County” is proving to be every bit as stellar a series as its predecessor.

An eerie and riveting second chapter in a thus far phenomenal sequel series.Review: Wringing Out The Good Magic In TALES FROM HARROW COUNTY: DEATH'S CHOIR #2