Review: WONDER TWINS #2 and the League of Annoyance

In the DC Universe, Doctor Manhattan is meddling with the timeline, heroes are being murdered while in a mental health facility, and the grimmest versions of Batman are wreaking havoc. Needless to say, there is a significant amount of gravitas in the books hitting shelves each week. There are titles, such as Wonder Twins – along with the other, youth-oriented, Wonder Comics titles – that serve as a much needed palate cleanser from those books.

Wonder Twins #2 bolsters a fun and fluffy tone in the words and illustrations of each panel. Some might be turned off by the style, considering it superficial. Others should see it as a light-hearted entry point for their children to start reading comics. 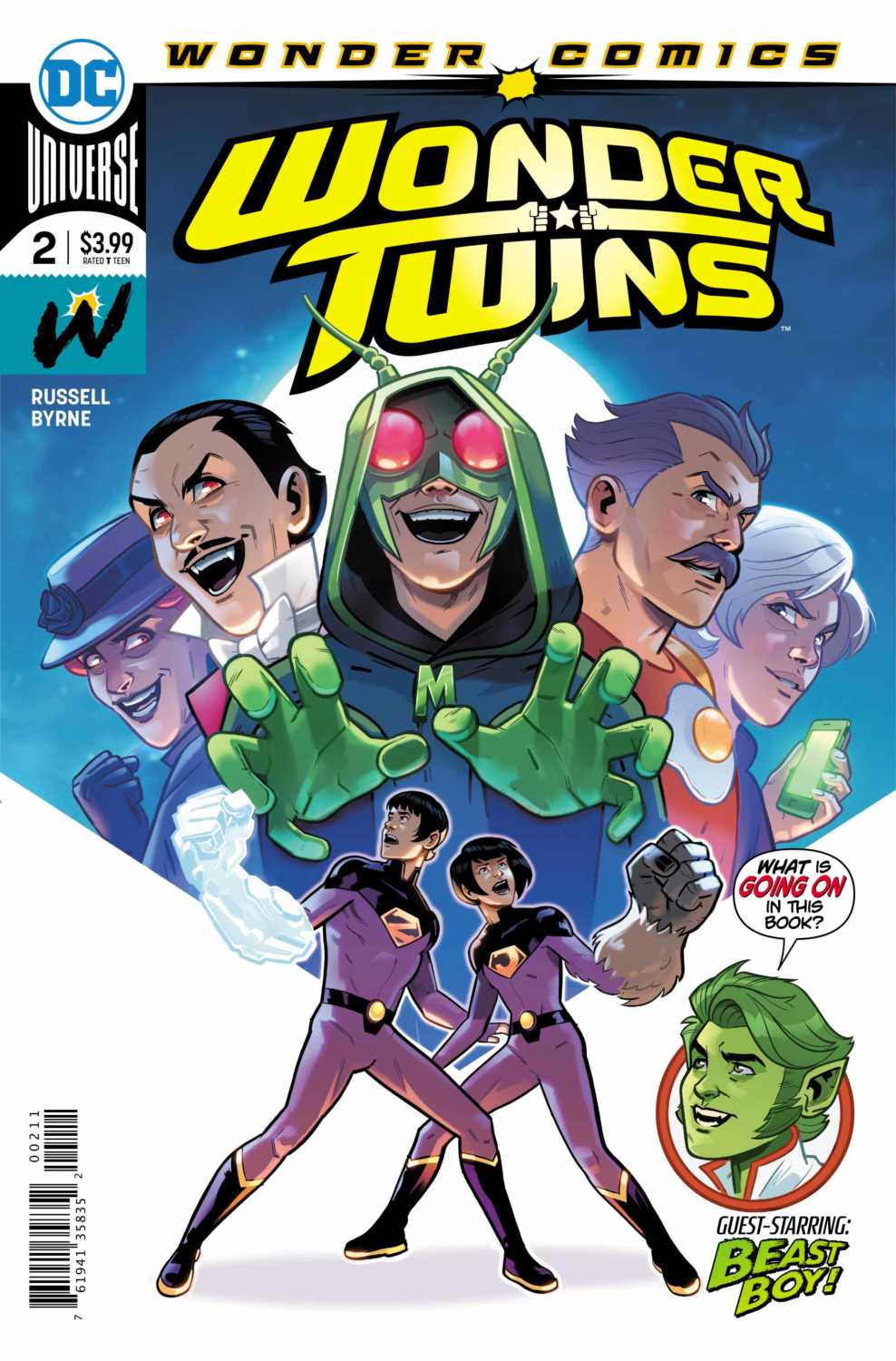 After being exiled from their home world, alien, shape-shifting brother/sister duo Jayna and Zan take on the traditional Earth custom of a high school field trip…to a local LexCorp prison? If they’re being honest, their after-school assignment from the Justice League is what they’re really looking forward to: taking on vampiric menace Drunkula, a villain from the League of Annoyance! And what’s this guy the Scrambler up to, anyway? Plus: Gleek debuts!

One thing to give Mark Russell credit for with his work in Wonder Twins #2 is his embrace of the era’s tone that Zan and Jayna originated. You can almost hear those vintage Hanna-Barbera voices come off the pages. Russell’s writing style, much like the eponymous siblings, is humorous, even awkward at times.

For anyone who is new to comics, this book is written for you. It’s an easy read, but also manages to throw in a message for you to take away. The Wonder Twins are alien and out of touch. This makes for some entertaining moments in the issue. But it also showcases deeper discussions about certain issues, such as mass incarceration, as seen from the perspective of someone not of this planet. They struggle to fit in to their adoptive world, and question everything about its society. 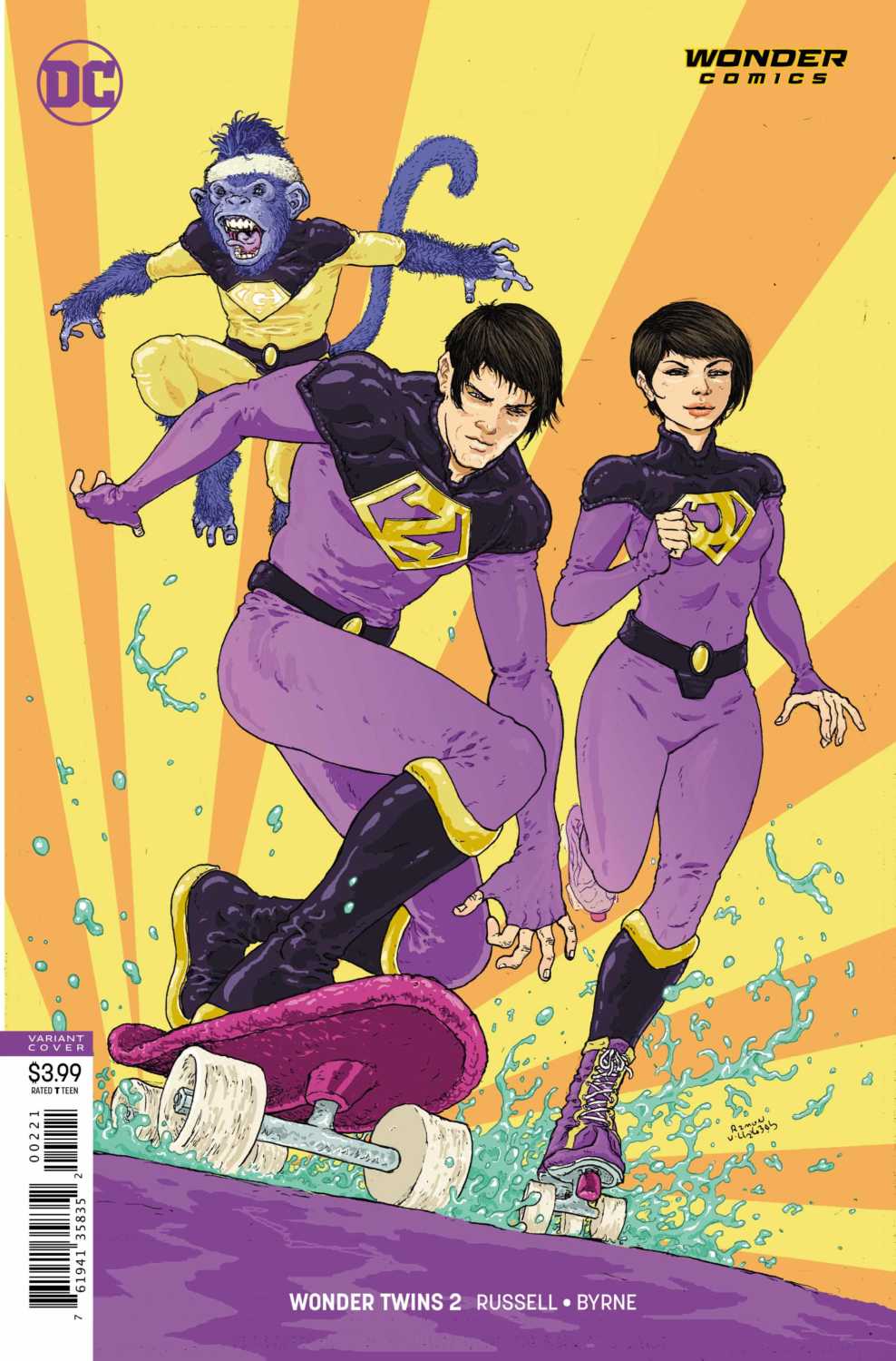 As mentioned earlier, everything about Wonder Twins is made for a younger audience. Artist Stephen Byrne illustrates his characters with these big, exaggerated eyes and facial expressions.

Byrne’s art is easy on the eyes. The pages are filled with clear, fun illustrations that will appeal to younger readers looking for their first comic book. The color palette is clean and bright, evoking more of a Saturday morning cartoon than anything.

Though it contains provocative messaging, Wonder Twins #2 is an amusing, light read, that is better suited for a younger audience.

What did you think of Wonder Twins #2? Let us know in the comments!

Review: WONDER TWINS #2 and the League of AnnoyanceDid you order extra cheese with this issue of Wonder Twins?