Avant-Garde comics creator Brandon Graham return with the frantic and fascinating second issue of “Rain Like Hammers.” This 2nd chapter in this high-concept sci-fi comic anthology is much more crammed than its predecessor, but it manages to keep focused due to the attention paid to this world and the emotional core of its lead character. With a clever-as-usual writing, great humor, and Graham’s signature uncanny visual style, this is yet another brilliant comic issue from this esteemed creator.

“Infamous criminal Brik Blok makes a desperate crash landing on the artificial palace-world of Skycradle, where he transfers his mind into the body of a vat-grown butler to remain undetected. In his new butler body, he sets off to save El, a young woman who has unknowingly entered a deadly competition for immortality.” 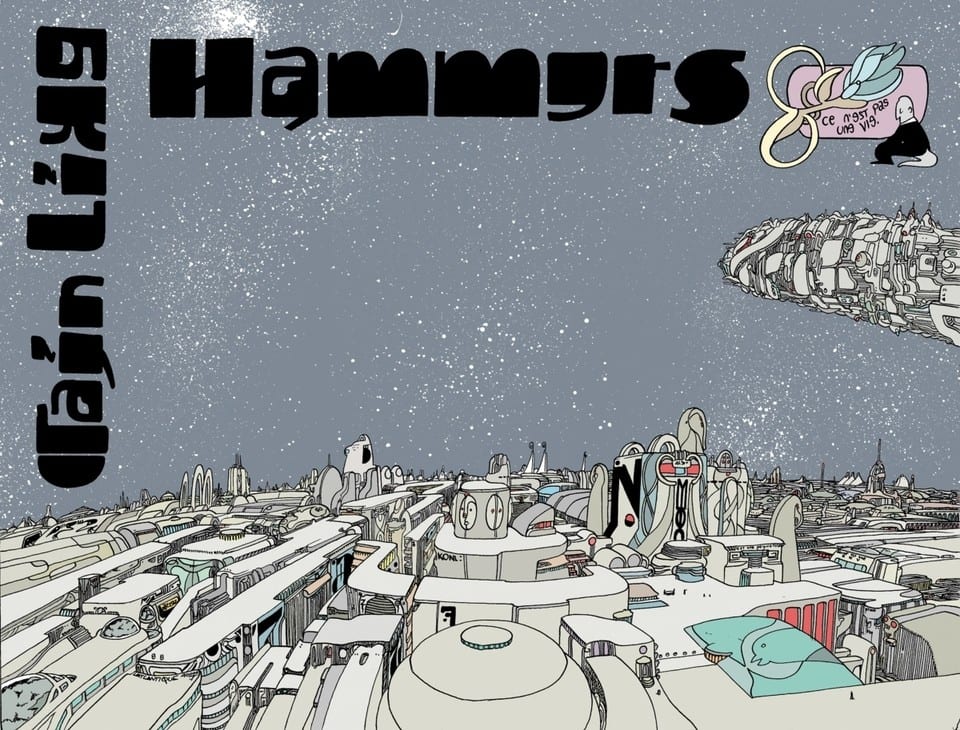 While nearly every aspect of “Rain Like Hammers” #2 is impressively insane, Graham’s most impressive feat here is how he manages to put together a completely original science fiction rule set in the span of the first few pages. Brik Blok’s landing and subsequent takeover of a butler’s body – a vat-grown non-human butler, no less – and all the following building blocks of this world are presented at a breakneck pace. Somehow though, everything Graham throws at the wall sticks, and despite the pace at which information is tossed at the reader, all of it sticks. This has to do with how the lead character is presented. Blok’s presence in this story is one spent in a new body trying to adapt to a new situation and learn the nuances and requirements necessary to save El, all while trying to go unnoticed. As such, we experience this new world as he experiences it, and we’re along for the ride as Brik explores this grueling caste society. The wit and humor displayed by Graham make this strange setting all the more engrossing to experience as well, as its absurdity kinda makes sense given just how bizarre this comic is. Graham has this neat habit of describing background noise or even totally discernable dialogue or music coming from a random extra within earshot of the protagonist as “random notes of bad singing” or “totally useless information I don’t care about.” It’s part of Graham’s sense of humor that works so brilliantly well in this wacky comic. There’s still a heartfelt emotional core to the storytelling as well that you’re almost ambushed into being compelled by. I didn’t realize just how invested I was in Brik Block’s struggle until I got genuinely excited when El made an appearance. While this is certainly a much more jam-packed and fast-paced comic than the first issue – which may throw some readers off – this is just as wonderfully brilliant as its predecessor, albeit in different ways. 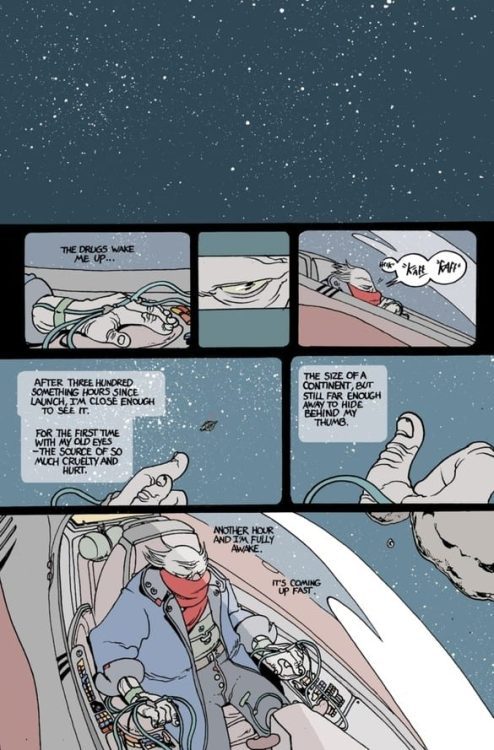 Brandon Graham’s writing in “Rain Like Hammers” #2 works pretty much solely because of how superbly weird his visual work is. Graham has made his name on his signature brand of uncanny, abstract art, and that’s because of how it winds together with the events on the panel in such a perfect manner. Those off moments of humor and his ability to unsuspectingly make us readers care for his protagonists comes from how he presents their stories in his eclectic visual style. His quirky and soft-edged pencils make for a charming visual experience where the characters and background setting kind of blend in together as both seem organic in a way. There’s a simplicity within the lines that almost tricks you into thinking things aren’t detailed, but that’s false – the only aspects that have more intricate detail are the things that need this detail. Everything on every page has a purpose, from the gaudy dressing of a passing aristocrat to the bundle of scarves on Brik’s old body. Every detail tells its own story, and nothing here is just window dressing. The visual direction is pure comics wonder, and by saying that I mean it’s the kind of stuff that can only be pulled off in this wonderful medium. The way Graham sequences events and intercuts scenes with little in-panel flashbacks, as well as the numerous little clever asides made about any and everything, are all pure comics-making gold. I can offer nothing but praise for Graham’s brand of storytelling, and the visual storytelling on display here is singular and unbelievably fun. 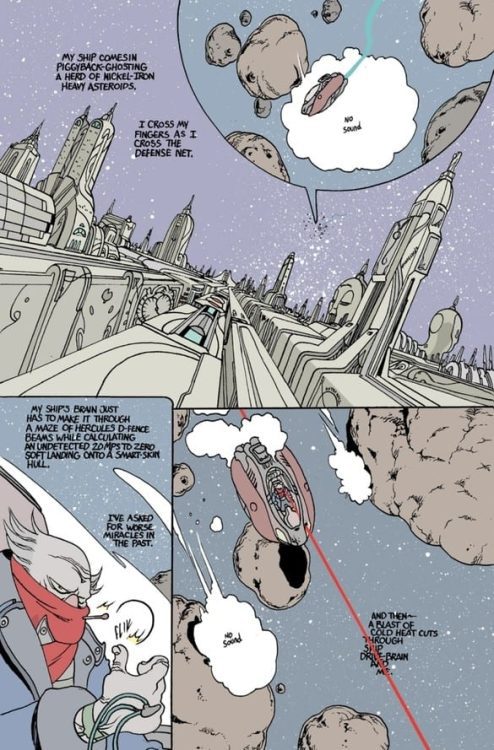 “Rain Like Hammers” #2 is an info-packed and breakneck paced follow-up to the much more calm (but equally brilliant) debut issue. Brandon Graham supports all of the sensory overload the reader is exposed to in this new alien world giving us the lens of a sympathetic and humorous protagonist who sees this insane planet for exactly what it is. The eclectic visual style is a work of comics storytelling mastery, offering views, structure, and commentary in a manner only this medium can in an unmistakably abstract style. This is a brilliant comic, one that deserves a place on your pull list when it hits shelves on 2-24!

A dizzyingly energetic but highly intelligent conceptual sci-fi comic with a great mix of absurdity and emotion.Review: Well Thought-Out Madness In RAIN LIKE HAMMERS #2