Marve Comics drops Thor #7 at your local comic book shop on September 16. Superstar writer Donny Cates is joined by artist Aaron Kuder, color artist Matt Wilson, and letterer VC’s Joe Sabino. Thor continues to be haunted by the vision of the Black Winter, the growing heaviness of Mjolnir and makes up with an old friend.

After a pretty dour issue with #6, Thor #7 introduces a bit of levity into Cates’s story. Sometimes, comics attempting humor to lighten the mood or to provide characterization end up creating a 22-page quip-fest with a bunch of generic jokes that could be spoken interchangeably by any character. Not so in this story. All of the humor is grounded in each character and their histories while serving the overall narrative rather than detracting from its weight.

When Thor throws his hammer down to Broxton, OK (that poor city…), Tony Stark comes to investigate when a local town mechanic calls him. How did he have Tony’s number, you might ask? 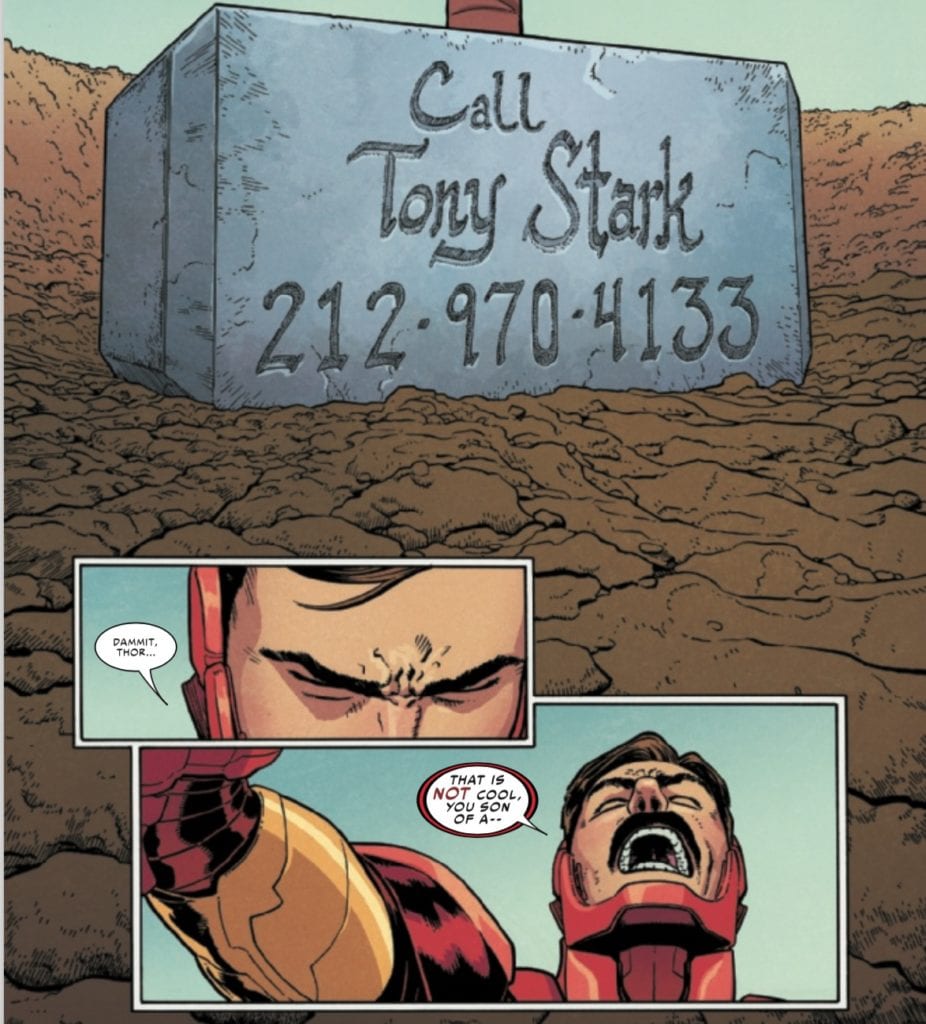 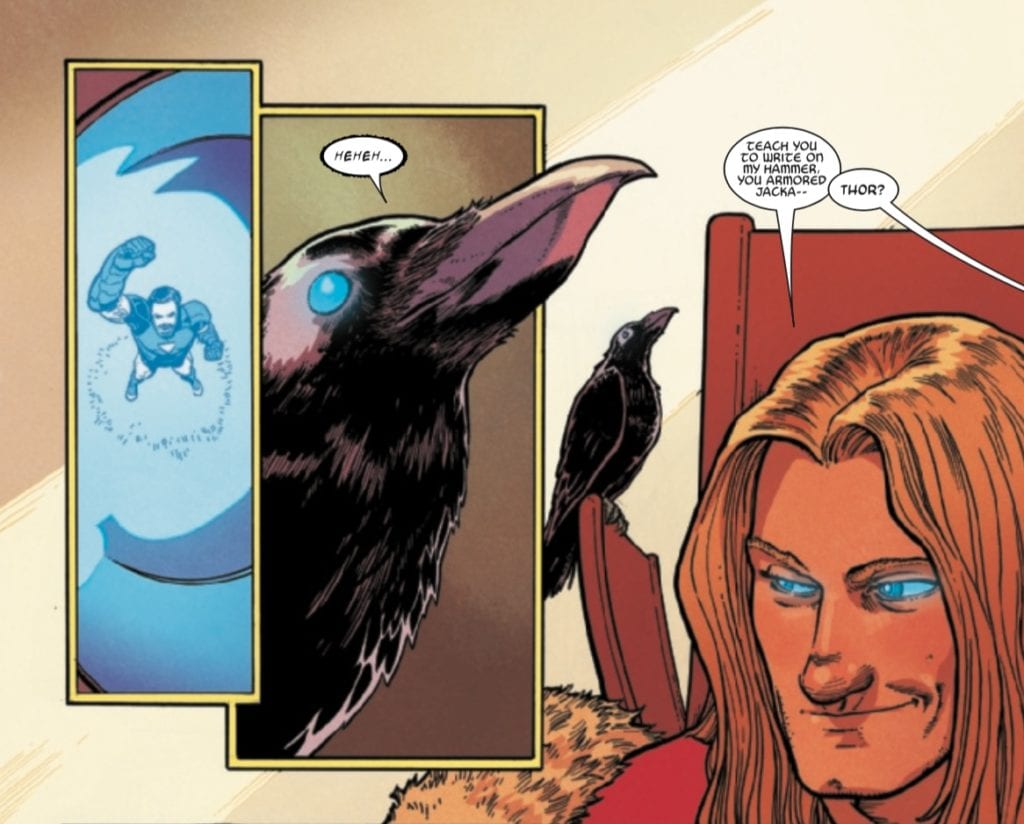 This is one of the best scenes in the comic. The panel design and lettering, courtesy of Sabino, helps this scene flow well, particularly in the transition between pages, so that the joke really lands. Sabino’s letters, from Stark’s number on Mjolnir, to Tony’s transition from whispering to shouting, to Thor’s own mumbled comments to himself about Stark are well-paced (is there anything worse than someone dissecting a joke to explain why it works?).

Kuder and Miller’s drawing of the panel to show readers how Tony looks from Thor’s perspective as he sees him through the eyes of his raven is also a nice touch and makes me wonder what it must be like to be Thor’s friend, yelling impotently toward his throne in the sky when he does something irritating.

After a few pretty intense and serious issues, it’s nice to see a little humor injected into Thor’s world, although the threat of Thanos stills looms in Thor’s mind, as does his changing relationship with Mjolnir. With a new wielder of the hammer, we’ll have to wait until issue #8 to see how events continue to unfold on the way to Thor’s destiny, but with Beta Ray Bill at his side once again, hopefully, he will be able to beat fate.

What did you think of Thor #7? Tell us in the comments below!

Thor continues to be haunted by the vision of the Black Winter, the growing heaviness of Mjolnir, and makes up with an old friend.Review: THOR #7 - For a Good Time, Call...