Once it became clear this would be an episode focusing on side-characters, it also became clear this wouldn’t be a good episode. The problem with a lot of The Walking Dead’s side character adventures is that they don’t do a good enough job making the audience any more invested in the characters. And while they tried to add new depth and sorrow, none of the choices really worked this time around

First off, we have the death of Denise to think about. It’s become clear that there’s a host of untouchable characters, and apparently Abraham secured his spot on the list once his name was added to the credits. See, in The Walking Dead comics, Abraham suffered the fate meant for Denise, but in the television show, Denise is the one who bites the dust. And honestly, I’m not too distressed over it. I’m sure it sucks that the group just lost their doctor, but she didn’t provide anything new, she was just the female Eugene. And as I’d mentioned in a previous review, the development of Denise has meant the deterioration of Tara’s character into the mopey girlfriend. Sure, it’s a shame that Denise is dead, but what does it really matter?

Then there’s Rosita, a character that’s needed further development, but got nothing good out of this episode. As the battle-hardened trainer, Rosita was an important presence to the group. But in this episode, she’s more of a mopey, angry presence, as if she’s a spurned popular girl in high school. Maybe its due to this episode following an episode centered on Carol & Maggie – two of the show’s strongest female characters – but this episode served more to highlight the weaknesses of their females. Could they really not develop Rosita any further? Denise having a brother’s sort of an interesting development, but what real significance does it have? And as Daryl even points out, he’s got the same sort of sibling relationship. A random nameplate of her brother doesn’t change the fact that the little new developments to her character don’t mean squat. 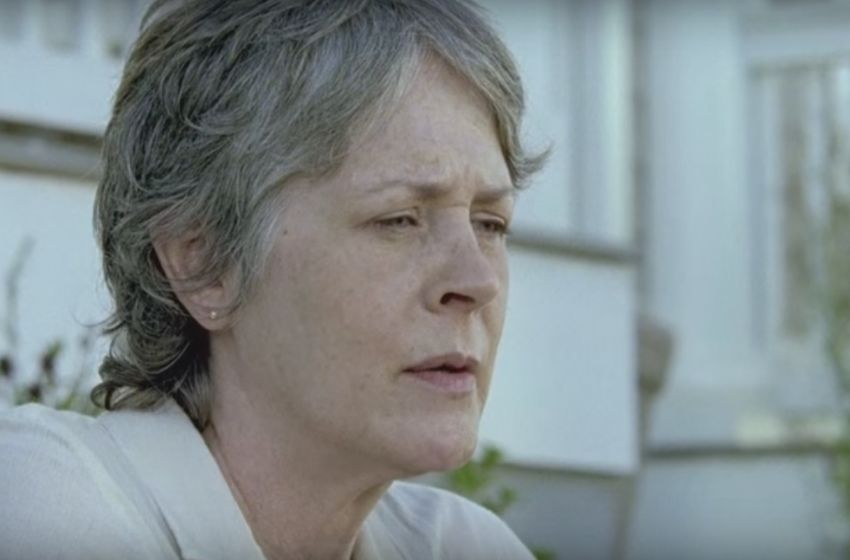 Speaking of which, Carol’s choice to leave at the end, due to the fact she no longer can kill for the group, feels more than unjustified – it’s flat-out dumb. The Walking Dead has been trying to change Carol into a more sympathetic character, but this transition feels incredibly rushed. She’s been feeling less bloodthirsty for maybe three or four episodes. That’s not enough to herald such a big change, and certainly not enough to explain why she’s leaving Alexandria with her rosary beads, especially since she is very protective of Maggie and her new baby.

The one bit of development that did work was with Eugene. While he’s still a goofy nerd character, as evidenced by his knowledge of making bullets and big nerd words, he’s at a point where he feels he’s competent as a fighter, and no one gives him credit for it. It makes sense, therefore, that once Abraham leaves him, he ends up getting himself into trouble. What makes his story work is that he does manage to prove his worth as a combatant, by biting Dwight’s, uh, Dixon brother, and taking a bullet grazing. As an audience member, I totally buy that Eugene has entered Stage 2.

Thing is, Denise’s fight with the car walker also justified her worth as a fighter. But rather than be congratulated, both Daryl and Rosita give her no respect. Why? Just so that, as she’s convincing them otherwise, she can be killed mid-speech? Maybe that wasn’t the intention, but that’s certainly how it came off, and it came off as a cheap trick.

Overall, this episode suffered from a lot of unjustified character choices. The chemistry of Daryl, Rosita, and Denise as a team feels forced, just so we can have a couple side characters get screen time. Sasha giving Abraham a shot at love, asking him to come inside, doesn’t make sense. We only see Rosita sleep with Spencer once, and now he’s asking her over for stroganoff? Why bother showing Rick and Morgan for a second? Is Morgan’s cell that important, and if it is, why does it get so little screen time? And is The Walking Dead STILL trying to make us care about Gabriel? Because that’s not happening. The Walking Dead has to find better ways to make fans care about characters, and they’d better figure it out before Negan comes to slaughter half of them.