This episode served as a means to highlights the major shortcomings The Walking Dead still struggles with. Sure, it wasn’t 40 minutes of forest walking, but a lot of this episode was trying to string together a lot of ideas and a big fight scene into an episode that ultimately didn’t deliver anything new or exciting.

One of the problems with having such a large, constantly revolving cast is that many characters are frequently sidelined. “Not Tomorrow Yet” tried to bring as many people back up to the foreground as possible, but none of them were all that interesting. Tobin is now Carol’s love interest, which might be more interesting if we weren’t coming off the reveal of Rick & Michonne’s pairing up. Poor Tara has gone from being one of the more passionate leading women to a moping girlfriend to Denise. Aaron contradicts himself with the two lines of dialogue that he has, and I’d almost completely forgotten who Heath was. The only somewhat redeemable side characters were Gabriel – who got an okay speech & a bible verse kill shot – and Jesus (though his “combat clothes” change made him look like Sheik from Legend of Zelda).

Even The Walking Dead’s main characters weren’t as gripping this week. Glenn’s speech about death made next to no sense, and his weeping over killing a Savior seemed like a whole new character, especially as he then killed Heath’s Savior. Abraham leaving Rosita makes some sense, but since we don’t see how that plays into his courtship of Sasha, it feels excessive for this episode. Maggie’s decision to go along with the raid also makes sense, based on her character, as does Rick’s choice to let her go along. But Rick’s also very protective of his people, particularly Judith, so letting Maggie put her own child at risk makes less sense. Clearly, the intention was for Maggie and Carol to get themselves captured, but the way it happened just felt too obvious. 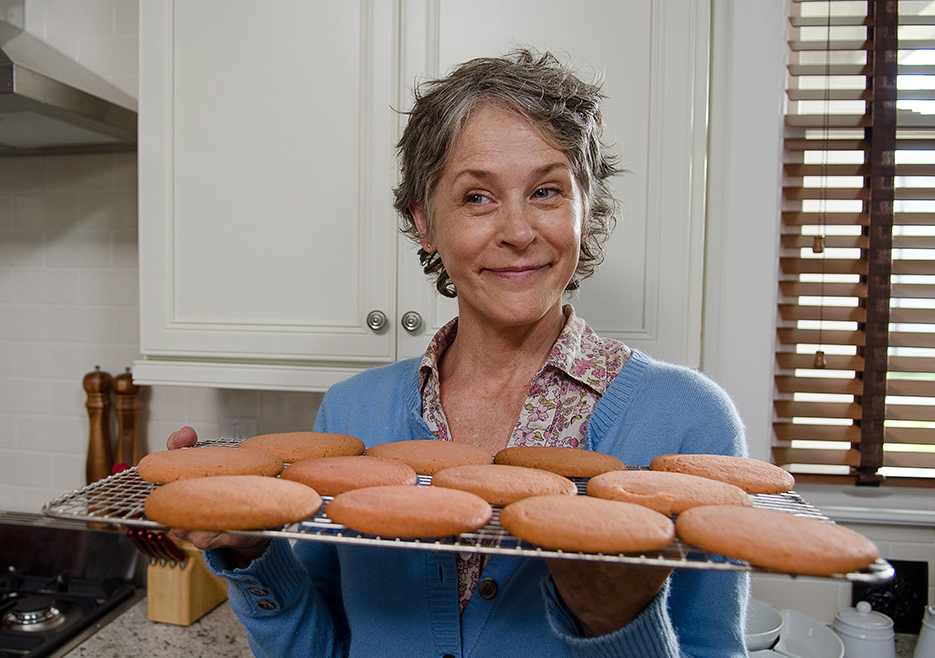 The primary focus of this episode was Carol, who’s normally one of my favorite characters, but this week it was hard to say who Carol is. Carol’s juggling three kinds of characters all at once, and while Melissa McBride does a good job with what’s given to her, there’s not enough tie-in between each of her personas for them to seem sensible. Is she the guilt-ridden killer that covers for Morgan’s protection of the Wolf character? Is she the kind house wife that bakes cookies? Or the cold killer that drove Sam to be as screwed up as he was before it got him killed?

The action scene at the end was gripping and bloody, as the Alexandrians make their first strike against the Saviors. And while the capture of Maggie & Carol did seem too obvious, the twist of Rick’s new walkie friend was a good cliffhanger. But the fact it took that long to get invested in the episode is downright wasteful. Hopefully picking up off that beat will give next week’s episode a better springboard, but The Walking Dead definitely needs to straighten out all its characters before the bloody battles feel worth fighting.