Review: The Shobijin Steal The Show In GODZILLA: MONSTERS AND PROTECTORS #2

Godzilla: Monsters and Protectors #2 out this week from IDW Comics gives special attention to the Shobijin. The twin tiny priestesses of Mothra receive a dangerous prophecy of destruction and decide they have to take action. This new installment in the new Godzilla series arrives thanks to Erik Burnham (writer), Dan Schoening (pencils and ink), Luis Antonio Delgado (color), and Nathan Widick (lettering).

Godzilla is sitting in judgment on humanity, and the verdict could spell doom for life on Earth! The Shobijin become aware of this and know they could ask Mothra to intervene… but does humanity deserve Mothra’s help? 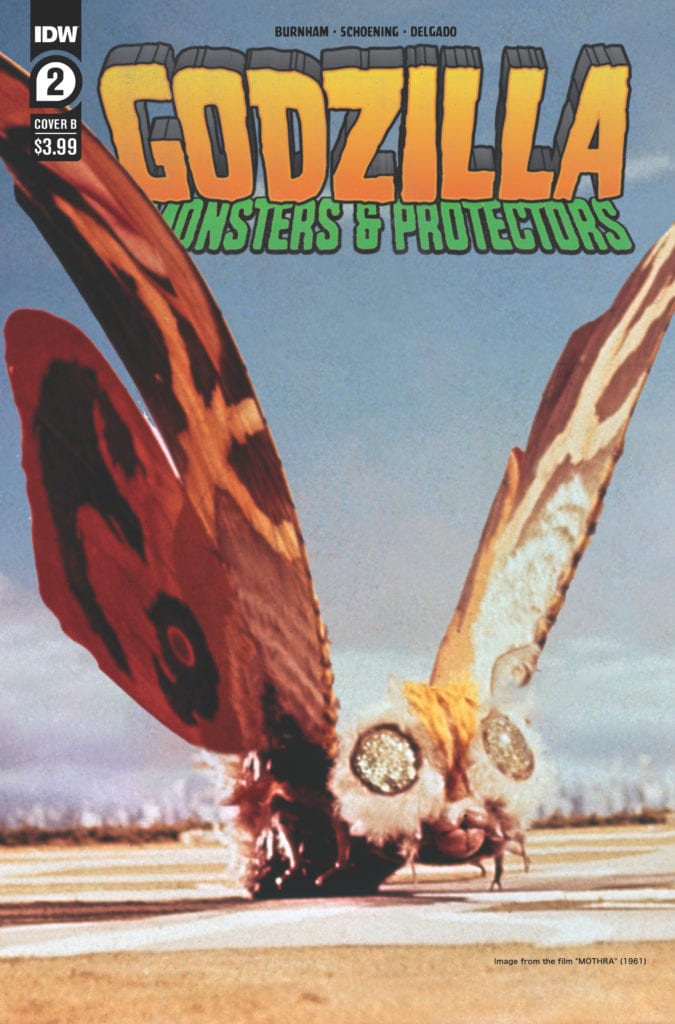 The Shobijin are the main draw of this issue. Especially as Godzilla doesn’t appear except in a vision. Unlike their depiction in the Showa Era (1954-1975 films) these twins don’t talk in unison (well they do for like a panel but not constantly like in the films). Instead, they act more like the version from the Rebirth of Mothra Trilogy, possessioning individual personalities. They have yet to be individually named but one seems to be more cautious, while the other seems more adventurous.

This issue isn’t without its faults though. Cedric is showing his young age and some of his lines of dialogue have a cringe factor to them (see the page below for a perfect example of this). At the same time, Linival Company the corporation seems to be evil for evil’s sake. The main reason the company president wants to destroy Godzilla because it made the company look bad. Not exactly a deep character motivation but this series is supposed to be for a younger audience so some leeway is allowed. 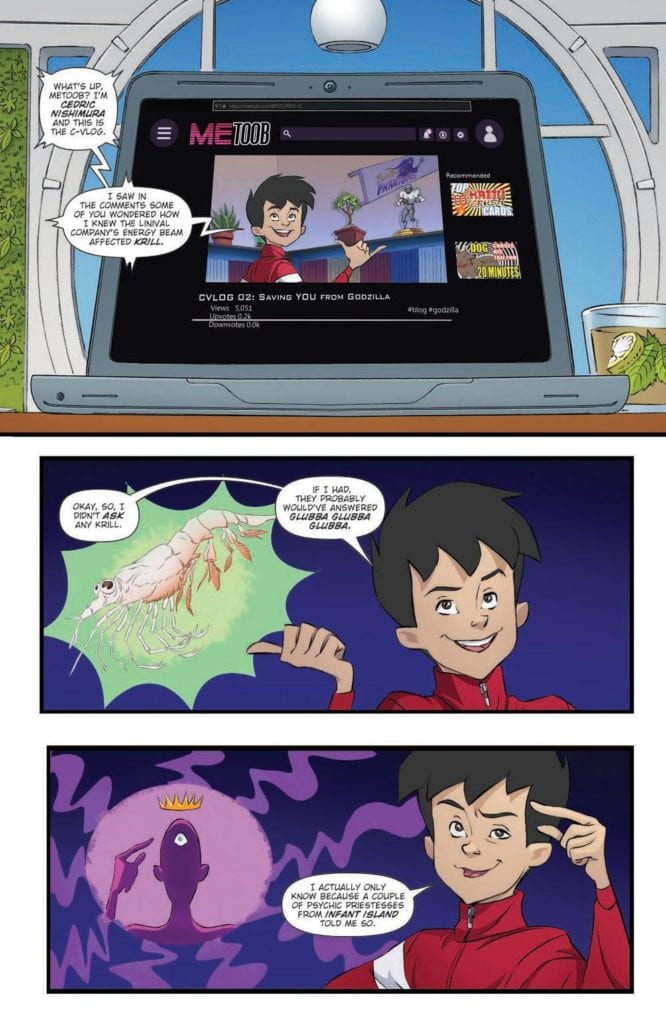 The art by Dan Schoening offers an intriguing mix of appealing and striking moments. The appealing comes with the adorable way the Mothra larva is drawn showing it resembling a giant stuffed animal. The striking comes as the twins have a prophetic dream showing Godzilla’s rage and what such a future would entail.

The color by Luis Antonio Delgado adds great emotional effect at just the right moments. One of the best examples of this comes in the final two pages of the issue. These two pages are presented as a splash page with the color offering a perfect lighting effect to showcase something ominous is on the horizon. 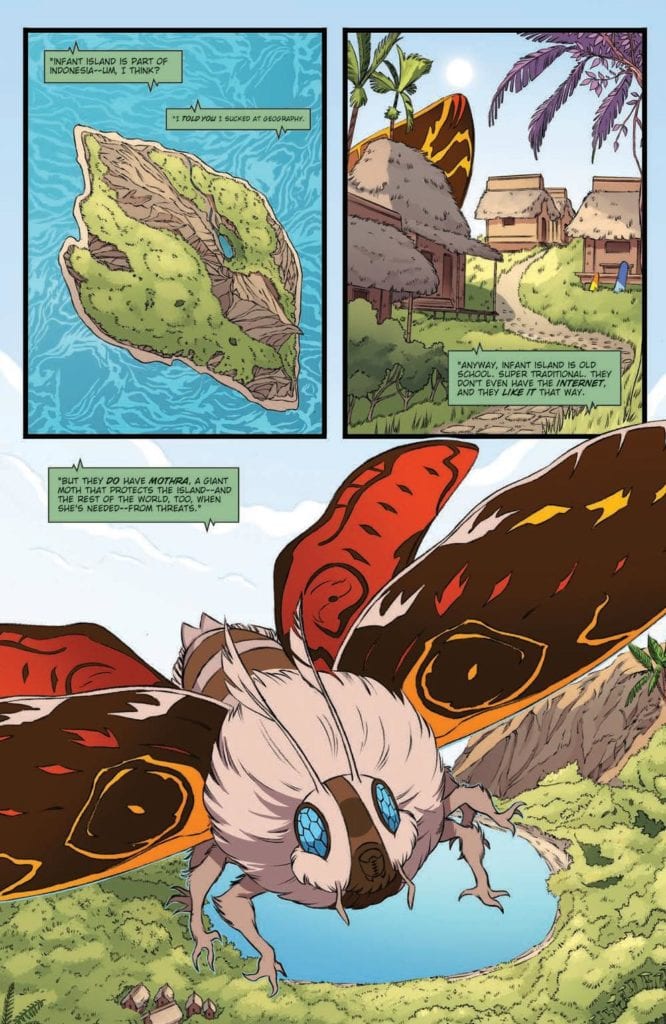 The letter work by Nathan Widick offers a great auditory feel throughout the issue. Special attention is paid to make sure specific message boxes distinguish between Cedric’s voiceover and those who are talking. Also, the accurate depiction of the monster roars continues to impress.

Godzilla: Monsters and Protectors #2 moves the story slowly but it still has an entertaining element to it. There are some great visuals in this issue which the Mothra fans will truly enjoy. Hopefully, Kaiju fans are giving this series the chance it deserves because it still has a lot to offer.

Impressive and stunning art helps to make the Shobijin’s appearance memorable. Review: The Shobijin Steal The Show In GODZILLA: MONSTERS AND PROTECTORS #2