Godzilla: Monsters and Protectors #1 comes out this week from IDW Publishing and marks Godzilla’s return to the publisher. This new installment comes out on the release of the highly praised film, Godzilla vs. Kong and aims to be a promising series for young fans of the classic monster. The return of the King of the Monsters is brought to life thanks to Erik Burnham (writer), Dan Schoening (artist), Luis Antonio Delgado (colorwork), and Nathan Widick (lettering).

When a coldly single-minded businessman uses an untested element to create clean energy for a profit, he inadvertently awakens the beast from the deep–Godzilla! Sensing the harm the new energy poses to the planet, Godzilla attacks the heart of the problem–humankind! 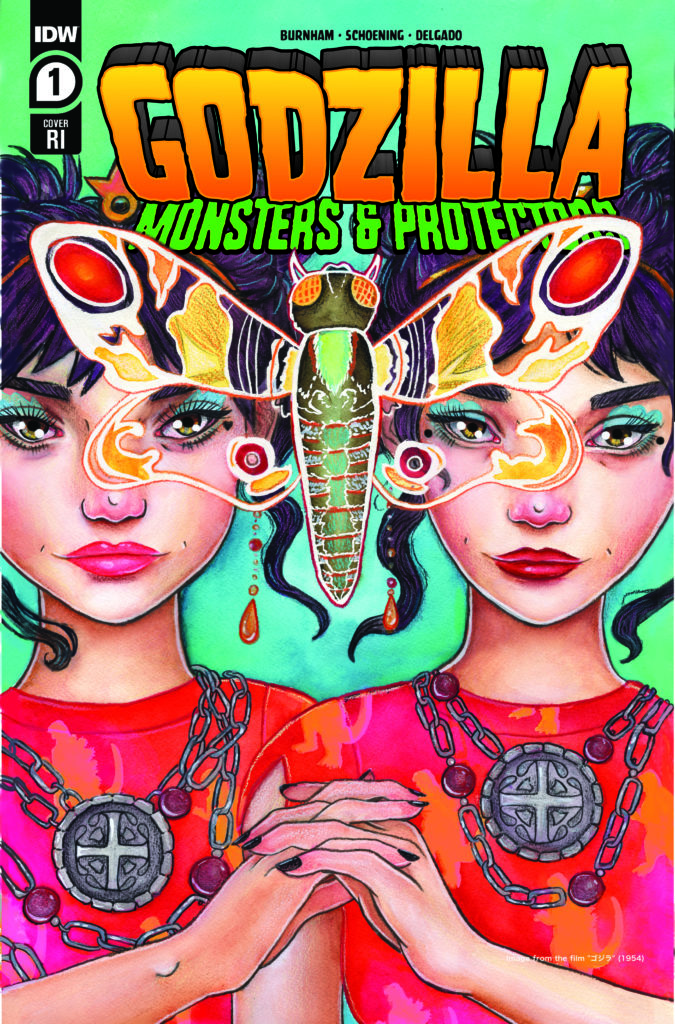 From the very first page, it is apparent this series is obviously intended for a younger audience. The juvenile cast members standing in front of Godzilla on one of the covers should have made this obvious. Still, Godzilla has many roles throughout the years, such as being a hero of the Earth or an alpha predator meant to keep other monsters in line. This is the appeal of Godzilla, he is a character who has been used in many stories for many different audiences. One of his films, Godzilla’s Revenge (aka All Monsters Attack) featured a kid having adventures with Minya, Godzilla’s son. This is a long way of saying don’t dismiss this series just because it is for younger readers.

The story features an 8th grader named Cedric who insists he helped save the world from Godzilla. The King of the Monsters appears when a company tries an experimental power source and it upsets nature. It casts Godzilla as the Earth’s immune system, showing up to take down threats against the planet (much like in Legendary Entertainment’s Monsterverse). The story has an immediate feel of a Godzilla comic and is off to a good start introducing the world and the characters affected by Godzilla’s attack. Overall, the first issue has the making of a fantastic Godzilla story. 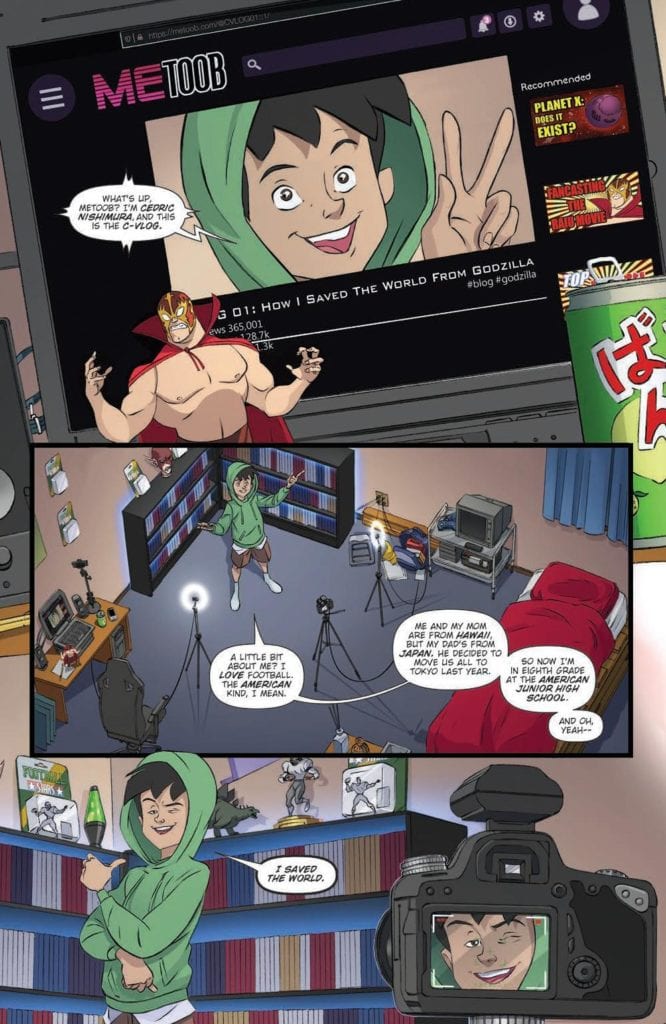 The art by Dan Schoening helps to make the book feel like it was meant for a younger audience. Instead of being presented as a being of nightmares and destruction, Godzilla is still recognizable but resembles versions of the character from the later Showa series. The carnage displayed through the artwork makes it abundantly clear this version of Godzilla may look softer but is just as destructive.

The coloring by Luis Antonio Delgado adds a vibrant element to the story. From Godzilla’s signature atomic blast to the destruction created in the wake of his advance, all of it has an eye-catching look. It is all thanks to the intense energy the colorwork provides to the issue. 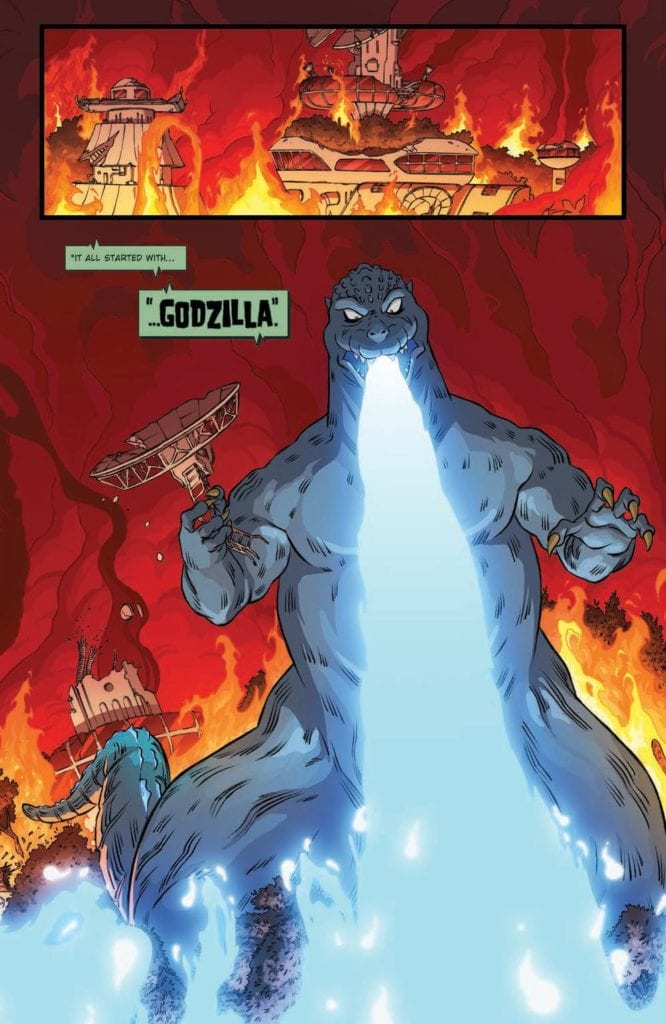 The letter work by Nathan Widick adds a perfect audio aspect to the issue. The impressive sound effect work is able to perfectly capture the sound of Godzilla’s iconic roar. The use of letterboxes aids in helping direct the reader in a fantastic two-page art splash detailing Godzilla’s path of destruction. It is one of the best moments of the entire issue.

Godzilla: Monsters and Protectors #1 is not the ideal series for fans of more mature Godzilla stories but this is because it is intended for a different audience. The protagonist is young but the look and story of the comic make it feel like a standard Godzilla story. It may not be the ideal cup of tea for many in the Godzilla fandom, but please try to approach it without a dismissive tone. After all, everyone deserves to enjoy Kaiju.