Review: The Fall of a Regime, the Rise of New Deceptions in THE BUTCHER OF PARIS #4

The fourth issue of historical crime-thriller “The Butcher of Paris” is here, and it once again provides intrigue and tension in spades. Stephanie Phillips’ scripts continue to be the perfect meld of WWII character commentary and sharp detective storytelling. This fact coupled with the artwork of Dean Kotz and Jason Wordie makes this another stellar chapter in a fantastic series.

“Paris has been liberated, but as the citizens rejoice, the killer’s wave of terror begins to fade from the public eye–which means he has an opportunity to escape!
Meanwhile, the French police begin to strive to oust the remaining Nazis inhabiting the city. Could there be one hiding in their own ranks?” 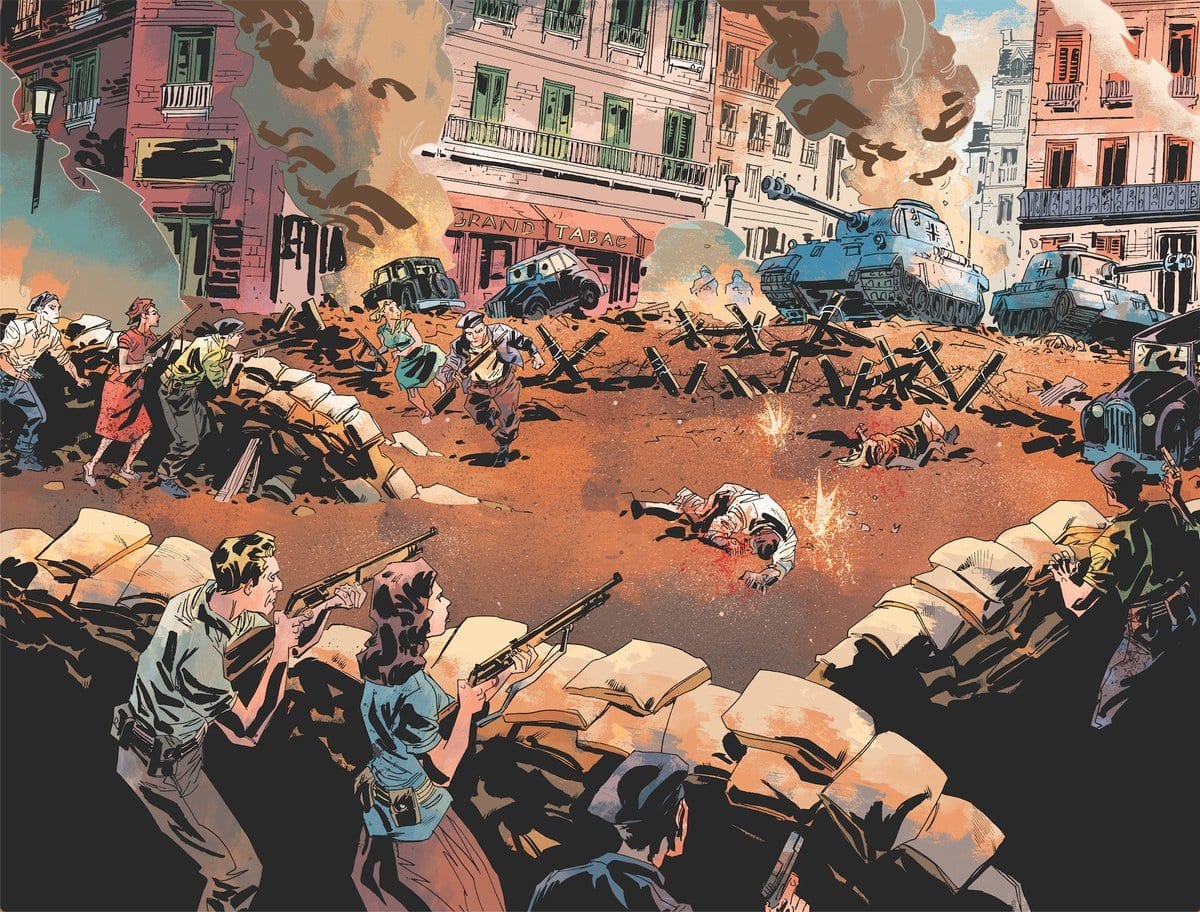 The biggest strength of “The Butcher of Paris” in terms of storytelling is its consistently sharp plotting despite handling so many subjects at once. This issue’s tackling of the liberation of France from Nazi occupation is riveting, but so is the underlying main plot of Detective Massau’s hunt for the Butcher. The way these two overlap while maintaining the gravity of both is what keeps this story so compelling from month to month. The dialogue as well is intelligent and naturalistic, making the narration-free read a smooth page-turner of an experience. Phillips‘ juggling of the winding plot is the work of an expert, and makes this series one of the most well-written in recent memory.

Artist Dean Kotz strikes again in “Butcher of Paris” #4 with his brand of unique character art and sense of visual direction. The panels for this series continue to give the essence of watching a well-directed thriller. Kotz’s unmistakable pencils provide the aesthetic of a European graphic novel, further entrenching the setting in the eyes of the reader. Jason Wordie‘s colors provide deep hues of red and rusty browns that sell the idea that there is a gross threat still at large in the midst of the Parisian population’s victory over the Nazis. An unsung hero of the visual direction of this comic is the wholly unique lettering of Tror Peteri. The fonts he uses look as though they were etched into the page by a crude ink quill, and they create a looming sense of atmospheric foreboding in the reading experience. This fourth chapter is yet again a triumph of visual storytelling in tandem with a phenomenal script. 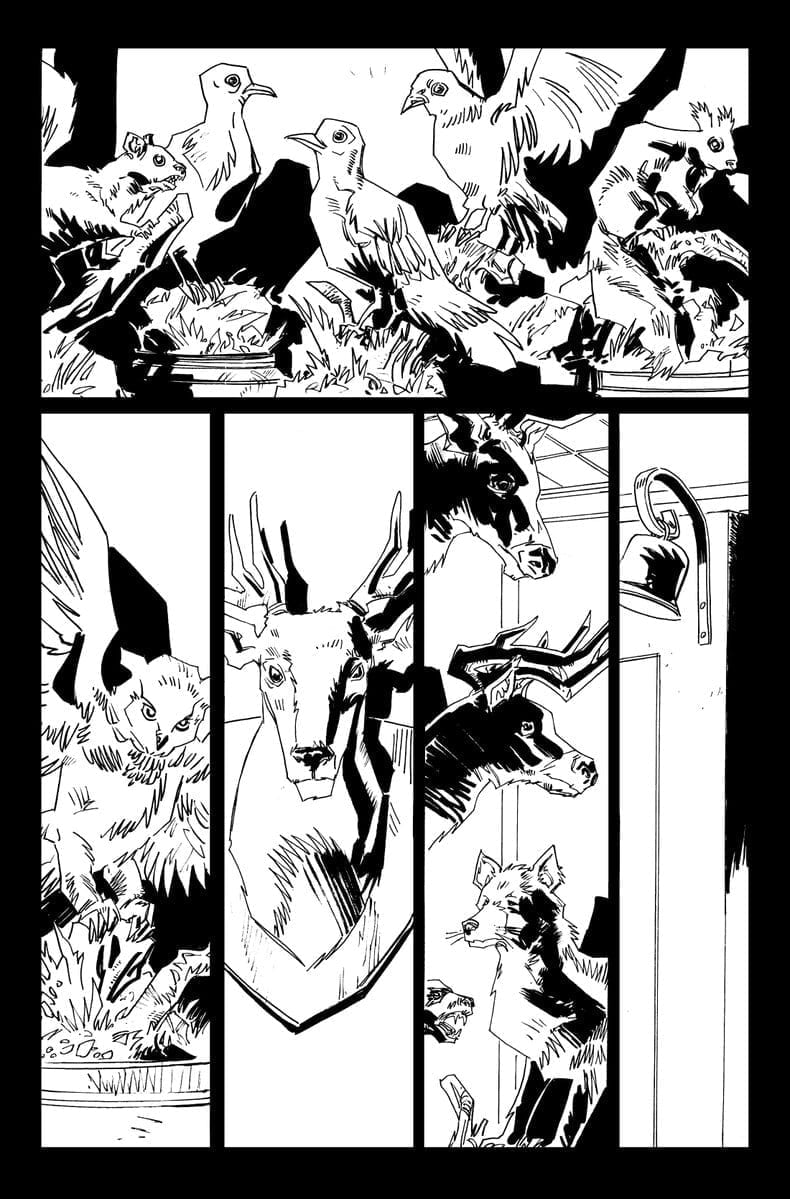 “The Butcher of Paris” #4 is an excellent chapter near the end of this series. Stephanie Phillips’ airtight script and control of the plot balances the conspiratorial elements of the French victory over the Nazis with the thriller aspects at the comic’s core. The visual work by Dean Kotz and Jason Wordie maintains the comic’s unique vision and stands out as some of the most interesting work in the medium. Be sure to grab a copy on 3/4!

Review: The Fall of a Regime, the Rise of New Deceptions in THE BUTCHER OF PARIS #4An issue that continues the series' trend of capitalizing on its historic setting while increasing the complexity of its stellar plot.