Review: Starting the Second Round in DOCTOR TOMORROW #2

Doctor Tomorrow #2 out this week from Valiant Entertainment displays the importance of rereading just a single issue because that can make all the difference in the world. Not only in seeing a few small art details but also how the plot moves and could develop.

Doctor Tomorrow follows the titular characters as they try to stop their arch-nemesis, Hadrian, from destroying the Valiant Universe. But there appears to be more to the story.

Especially when Alejandro Arbona has the mentor plunge his younger self into Doctor Tomorrow #2’s conflict. Bart barely does anything, and that makes him feel like he’s not contributing enough. The hardest person to be in comparison with is yourself, after all. Bart still is only 15, and he needs support, but everyone, including his dad, seems too busy. But even with a helper like Gretchen he still feels overwhelmed.

Then there’s Doctor Tomorrow himself, he seems to have everything under control. If not for Ivar, The Timewalker‘s Neela Sethi he would almost be a Marty Sue. Almost… Why would Doctor Tomorrow bring his younger self with barely any training? Going off on a hero’s journey from the first issue, it seems that the mentor is the challenge that will drive Bart to the abyss. Not unlike how Hadrian is the one who jumpstarts Doctor Tomorrow’s Hero’s journey. 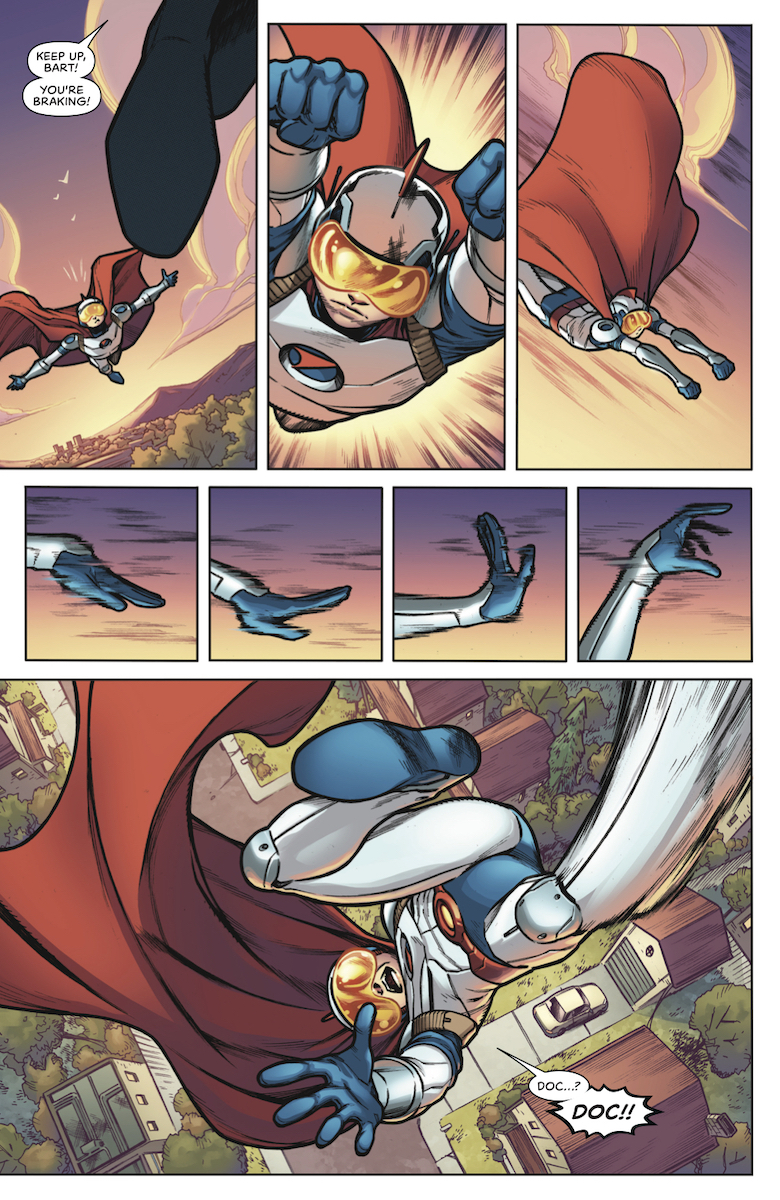 Jim Towe continues to provide some dynamic artwork in Doctor Tomorrow #2. The subtle but notable body language provides detail into how small changes can make significant differences. From how Bart pilots his super suit to the confrontation with Hadrian. But by the time most of the Valiant Universe shows up, there’s a certain lack of detail that takes away from the big moment on the last page. Faith and Livewire practically have the same face for example.

Diego Rodriguez puts his blending colors in some of the most appropriate places like Bart’s visor. Others like the disguise worn by Neela and how it deactivates is probably where it appears the best. Because highly advanced imagery has to look futuristic and bizarre. Yet he slips up a couple of times when Bart’s trunks turn from blue to white. 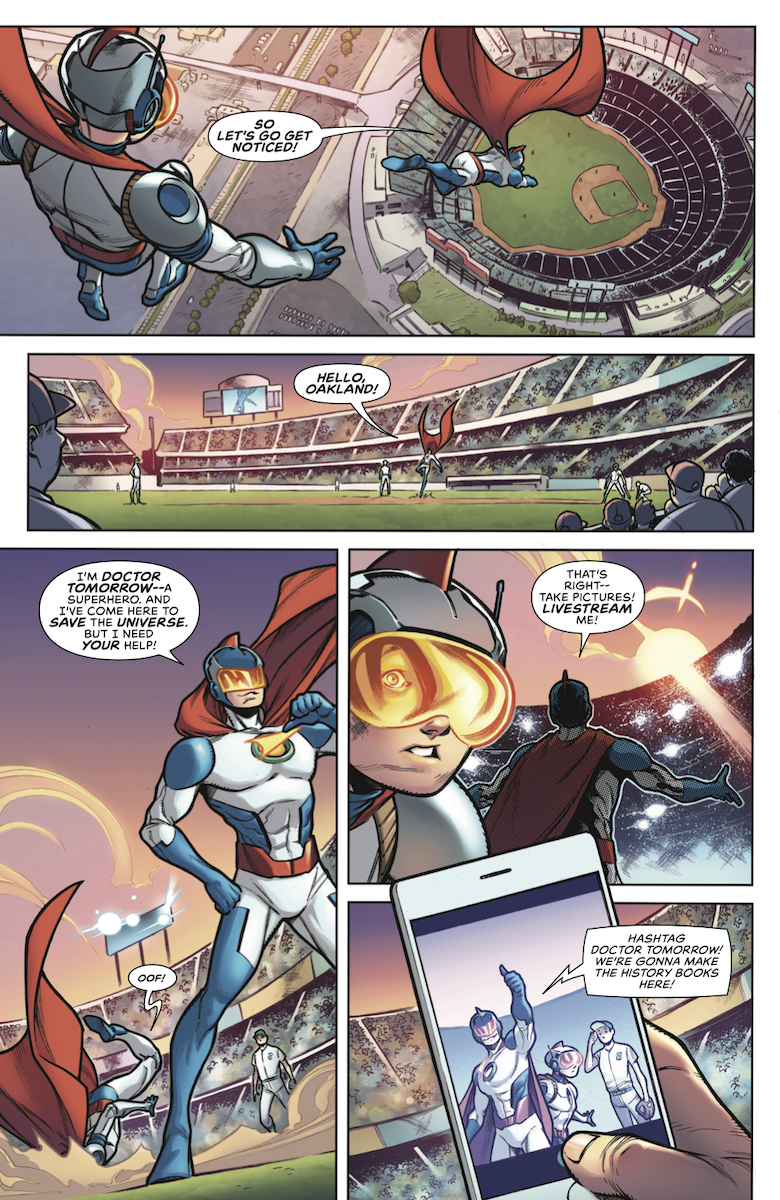 Clayton Cowles arguably is the most consistent in Doctor Tomorrow #2. The captions and word balloons feel inspired and appropriate. Perhaps that best comes in when Doctor Tomorrow spreads a message while recorded on the phone. The text and word balloon indicate both the medium and how the Doctor’s voice would be altered. The onomatopoeias are, for the most part, color-coded for character acts. Light blue is for Bart and Doctor Future when not using their equipment. The ones that aren’t are for standing out against the background and are mostly mundane actions like knocking.

Get Doctor Tomorrow #2 To Reread

Doctor Tomorrow #2 is shaping up to be a good story. Along with a tale of heroics is a mystery that the reader can catch onto without backpedaling. Not only that, but how it can come to pass when the characters interact.

Review: Starting the Second Round in DOCTOR TOMORROW #2Doctor Tomorrow #2 out this week from Valiant Entertainment displays the importance of rereading just a single issue because that can make all the difference in the world. Not only in seeing a few small art details but also how the plot moves and...