Doctor Tomorrow #1 is yet another attempt by Valiant to bring back older characters like The Visitor. This time around, Valiant begins to embrace a superhero staple of parallel universes. But is it enough to keep people’s interests? Let’s find out.

The original Doctor Tomorrow was created by Mark Waid and Brian Augustyn for Valiant’s Acclaim Comics universe. The character is a tribute to Golden Age superheroes and their pulp science fiction influences. Using technology from the future, Bart Simms helped fight Nazis as Doctor Tomorrow, a self-proclaimed time traveler. Unfortunately, after the war things weren’t going so great; people around Bart died and his daughter hated him. So he tries to prevent his superhero origin.

Much like the new Visitor series, the current story changes the structure for a modern audience. 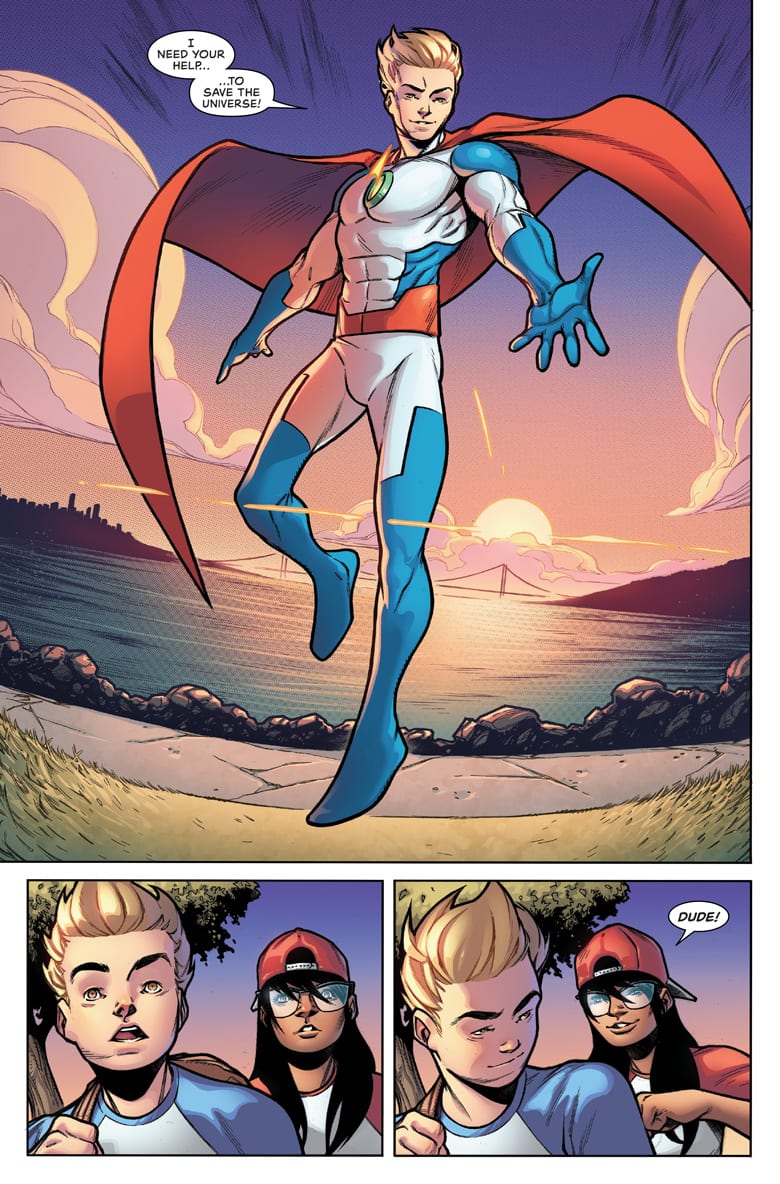 In the new series, rather than Bart getting his tech from 20 minutes into the future, he gets it from an alternate future, one where Doctor Tomorrow is a respected astrophysicist and superhero that’s on good terms with the other Valiant heroes. But even that couldn’t stop his archenemy Hadrian. As the villain’s name suggests, his collision with the heroes ends up annihilating their world. So what hope does a fifteen year old have even with his older self? Probably completing the Hero’s Journey.

Bart’s call to adventure is twofold. Like most teens, he’s trying to find what he wants to be. But with his dad busy, he’s struggling to find meaning. Most people can relate to this kind of character as Bart’s losing his motivations in life. By the time he and his friend Gretchen meet Doctor Tomorrow, things are looking up. This supernatural aid and mentor allow Bart to live his comic book fantasies. Even if it does mean the fate of the universe rests on a kid who can’t control his emotions. It’s not a bad set-up, but it’s something that’s happened so many times that Alejandro Arbona needs to add more unique factors to keep the series interesting moving forward. 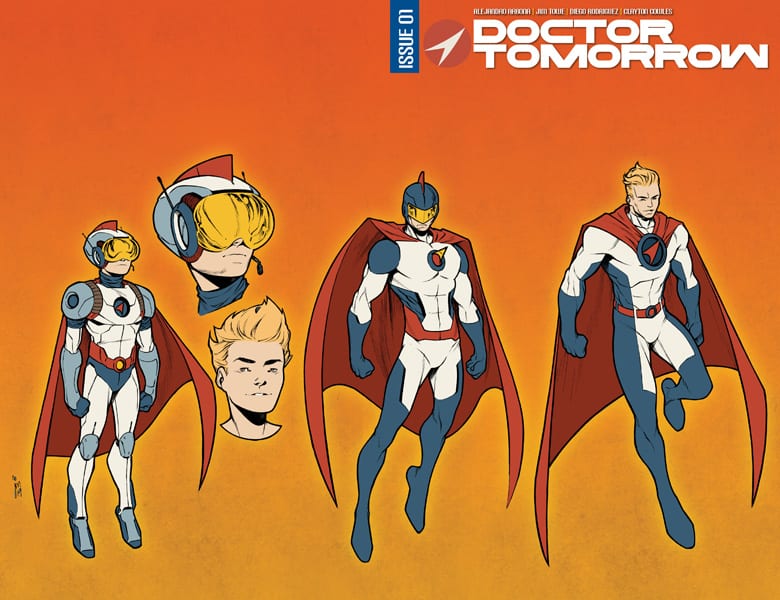 Jim Towe’s penciling and inking are of high quality with designs that evoke golden age flare. Bart’s costume after meeting Doctor Tomorrow probably has the most obvious homage with its trunks. More than that though, Towe’s art follows a sequence of movement, cinematic placement, and subtle expressive moments. All of these assist in making the story easy to follow and exciting enough to finish.

Diego Rodriguez’s coloring certainly brings up the excitement with just the right amount of blends and contrast. The blends help build the anticipation to the big flashy moments. Something as simple as the background of a pitch transitions to a baseball in front of the sun. Other times the blends help illustrate the states of mixed emotions like Bart’s talk with his dad.

Clayton Cowles uses lettering as a way of exposition and foreshadowing. With proper placement, the lettering serves as a means of transitioning from the doomed timeline to the current timeline. Cowles also excels at guiding the reader through the issue with his balloon placement. As for the onomatopoeia, most of them are color coded and display the appropriate volume of their acts. The alarms going off near the end of the issue are the perfect indicator that this series could be something great.

Take a Chance With Doctor Tomorrow #1

So while the set-up to this story is very similar to what’s come before in books like Marvel’s Sentry, it has potential. At the very least, the artists working on this are good enough for the reader to pick up the series. Because with the energy and emotion going through some of the panels, it’s hard not to look away. The readers who stick around might be in for a good surprise.

Review: DOCTOR TOMORROW #1 - A Well Illustrated Hero's BeginningA basic start to what hopefully can be a good series.