Review: THE VISITOR #2 Frustrations in Mysteries

The Visitor #2 is Valiant Entertainment’s latest attempt to bring back older titles to modern audiences. First conceived as a superhero mystery in the 90s, the title transforms into a spy series. This time around, the series revolves around a Japanese government-backed conspiracy. Like most conspiracy stories, they end up with more questions than answers.

Borrowing only structural similarities to the original Visitor series, The Visitor is a title that has been building up since the Book of Death. Upon finally revealing himself, the titular character presents himself as a saboteur targeting Japanese officials involved in an AI project. A project so secretive, officials are staking Japan’s future on it. But who is this electrokinetic Visitor, and what is his connection to this project? Especially since he’s not willing to harm even a rat. In The Visitor #2, readers only get breadcrumbs that lead nowhere. 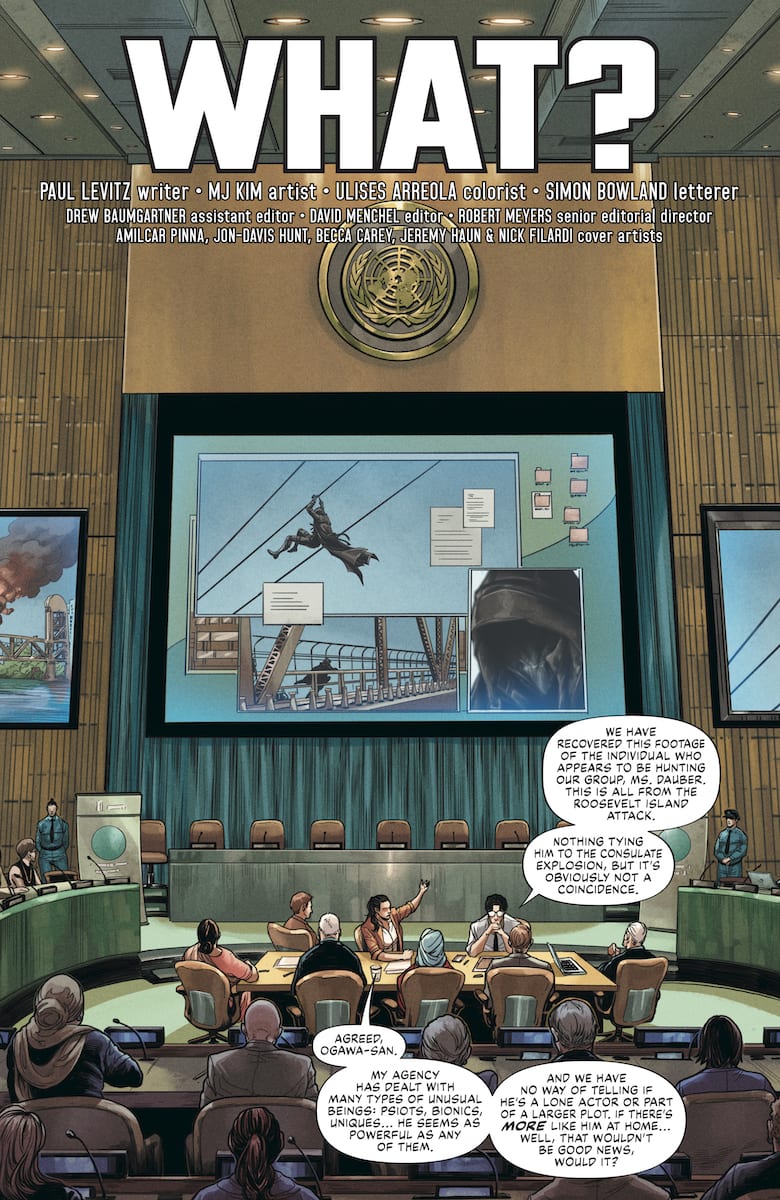 The title of this chapter perfectly encapsulates the stakes and setting “What?”. This mystery starts with UN Security Agent Talia Dauber asking for insights. Something that she doesn’t get due to the project’s classified nature. The only thing anyone gets is that it involves an AI program with no name. Accompanying this is a flashback by the Visitor about his past. Which again says nothing except where he’s from and that this secret project went wrong.

The characters barely make any progress; the most people get an attachment to are Dauber or the Visitor. Like the reader, Dauber’s frustrated by the red tape surrounding the Visitor’s motives. As for the Visitor, people only get a glimpse of his motives and where he fits into the Valiant Universe. He’s been advertised as being someone who brings great change. The series is meant to make the Visitor the hero, but it’s very hard to empathize with someone the reader can’t understand. His actions and the issue’s slow pace make him feel more like a moral yet threatening villain.

Smooth Artwork Against the Rough Writing 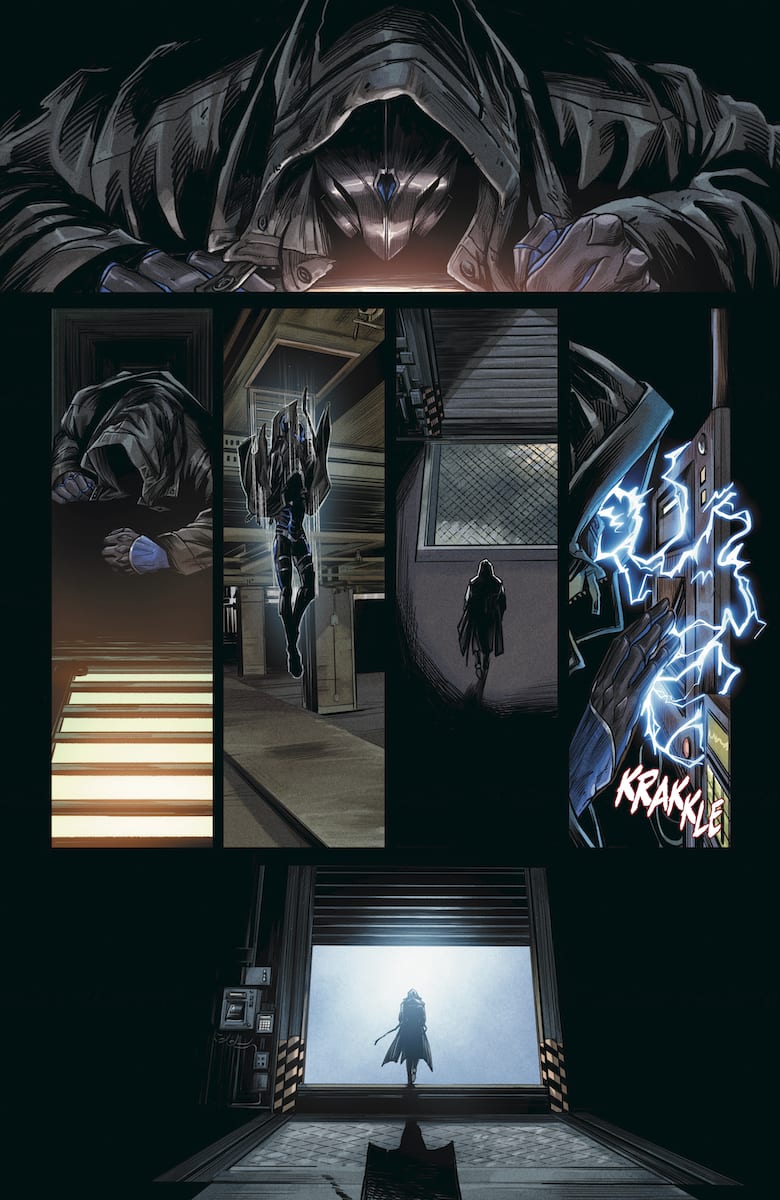 The artwork in The Visitor #2 is quite easily the series’ main selling point. MJ Kim’s penciling is quickly becoming a recognizable Valiant asset after Faith: Dreamside. Thanks to her diverse designs in character models, camera angles, and effects, the reader can more easily follow the story. All of which are accented by Ulises Arreola’s coloring. The Visitor, in particular, receives the best treatment. The bright blue color of his electrokinesis, in contrast to dark backgrounds, shows how he’s ready to reveal some big secret. What’s more, the Visitor’s flashback sequence shows how bright reds tell of danger, which comes up again near the end of the issue when it comes to the source of the Visitor’s powers. For that matter, the green circuitry in the gutters of the Visitor’s flashback displays science fiction-based origin.

Unfortunately for Simon Bowland, his lettering can get confusing unless the reader can properly trace the speech bubble and caption patterns. If that’s not enough, the sound effects he places can be very basic if not help emphasize a flaw. For example, the Visitor loudly breaks down a steel door with ease in front of a pedestrian. For someone who’s supposed to be incognito, the guy should probably exercise more caution.

Take Or Leave The Visitor #2

While The Visitor #2 is a decent place to start looking into the series, it might be best to wait it out for the trades. That way, the reader might feel more satisfied than deal with the slow pacing. It doesn’t mean you can’t try to enjoy yourself and figure out what happens behind the scenes. Mysteries are meant to be slow; you might even grow to appreciate The Visitor if you give it a chance.

Review: THE VISITOR #2 Frustrations in MysteriesThe Visitor #2 remakes a character from old in a new but ultimately slow paced way.