Review: SPIDER-MAN #2- Benny Parker Comes Into His Own And Swings Into Action

In Spider-Man #2, J.J. and Henry Abrams solidify Benny Parker as a bona-fie hero, with Sara Pichelli continuing to prove she was born to draw Spider-Man comics.

From Marvel Comics- The most anticipated comic event of the year continues from J.J. Abrams (Star Wars, Star Trek, Lost, Alias), Henry Abrams and Sara Pichelli (SPIDER-MAN, GUARDIANS OF THE GALAXY)! Peter and Mary Jane have had their first run-in with the new villain Cadaverous and it did not go well. What horrific impact from this horrific villain will scar them the worst?! 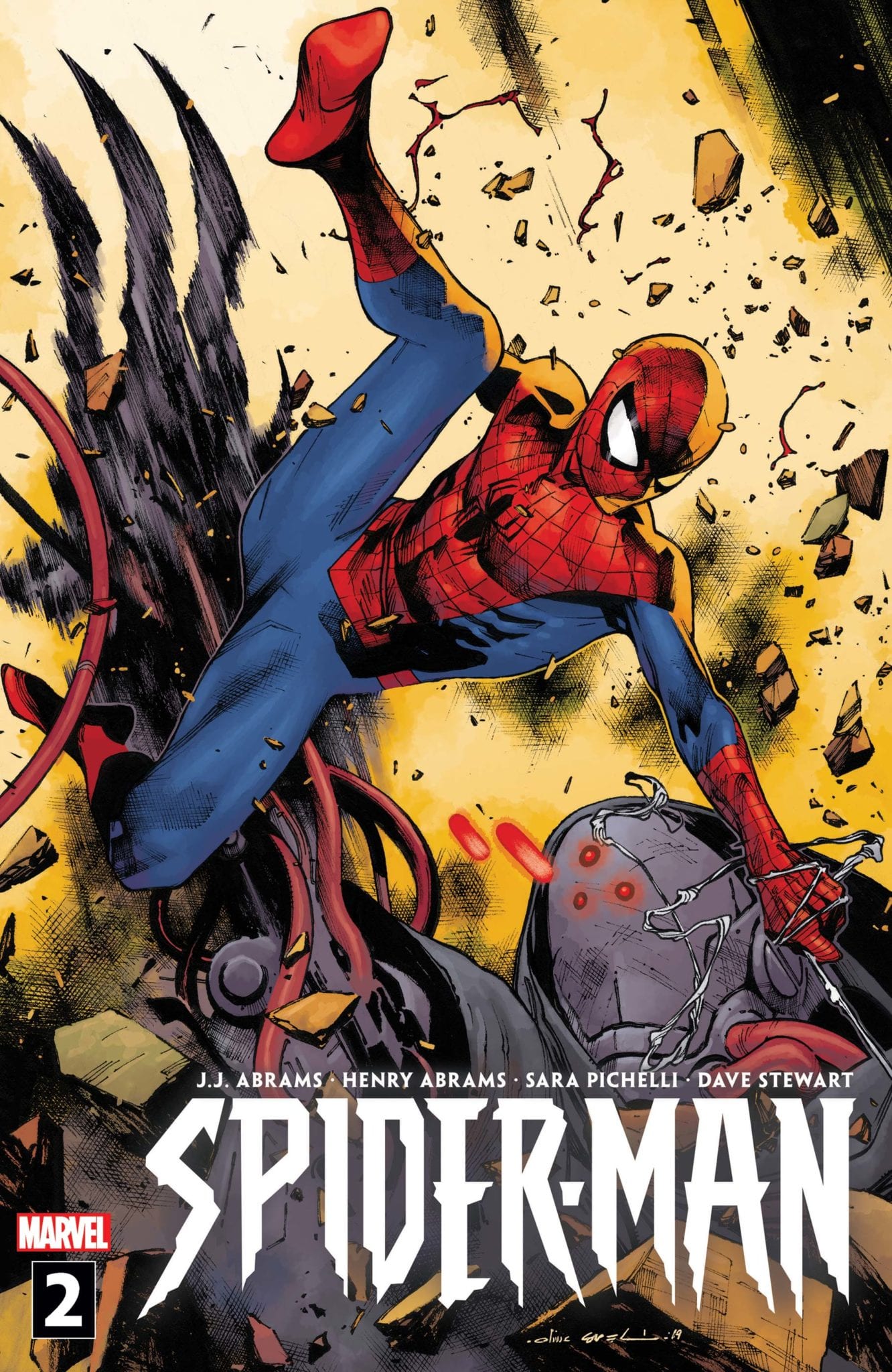 With a lot less set up needed, Spider-Man #2 starts to dig into Benny Parker and what makes him different (and similar) to his father. We get to spend a lot of time with the kid now and the writing duo of Abrams and son use that time to show and (and not tell) who Benny Parker really is. What we get is a kid angrier than his father, but that need to do the right thing is rooted in him as well. He’s a good kid, but with a huge chip on his shoulder. His antagonistic relationship with Peter is also very different from what Peter had with his uncle Ben; Pete is just not the father figure Uncle Ben was.

But when Benny finally swings into action, it’s great. It feels big, scary, exciting and dangerous. Benny is urged on by new friend Faye Ito, a great character that will hopefully continue to be a constant.

We also do get to spend some time with Peter in this. Pete here has a deep sadness that has risen to the surface in him. That sadness has always been a part of Spider-Man, but Peter here is literally an absent parent in this, not to mention an absent hero and not so friendly in the neighborhood.

Sara Pichelli is without a doubt one of the best artists to ever draw Spider-Man. This issue, in particular, has some of the best linework she has done. The panels with Benny wearing a slightly big Spider-Man costume have the off-kilter vibe and weird visuals of the early Steve Ditko Spidey stuff. Like Ditko, Pichelli draws gangly and long-limbed figures which fit in great here. When Benny swings, it’s all arms and legs and webs everywhere. It’s fucking fantastic! Pichelli is such a master of her craft; the action scenes are dynamic and the quite scenes feel serene. 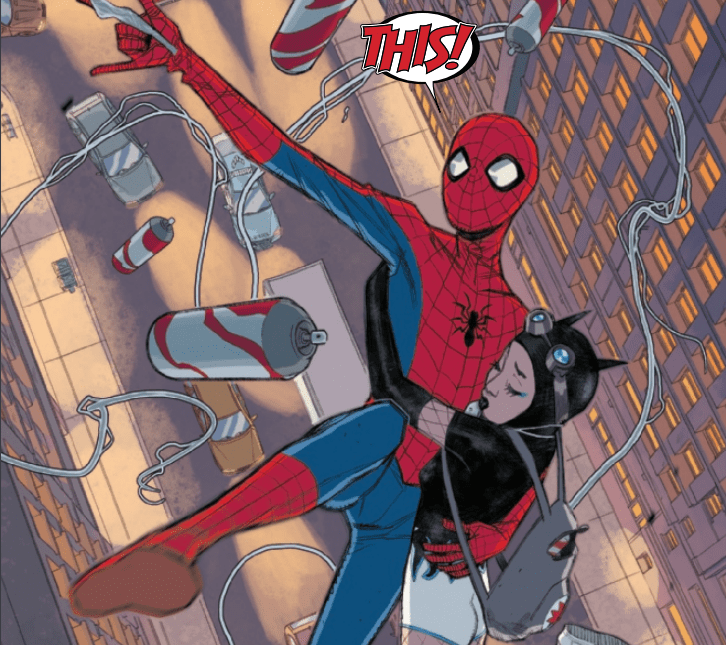 Elisabetta D’Amico’s inking assists along with Dave Stewart’s colors add weight and energy to the art. The pages become fluid and start to become cinematic. Visually the book as that Abrams touch we all love to see in his films.

This take on Spider-Man continues to surprise and be fun; it really does feel like a new take on the character. It’s also beautiful. It’s the rare high-profile comic book from an artist outside the medium actually works (see Kevin Smith’s run on Daredevil and Green Arrow). Grab it today.

Spider-Man #2 is available now from Marvel Comics. Grab it at your local comic shop today.

This take on Spider-Man continues to surprise and be fun; it really does feel like a new take on the character. It's also beautiful. It's the rare high-profile comic book from an artist outside the medium that actually worksReview: SPIDER-MAN #2- Benny Parker Comes Into His Own And Swings Into Action