Review: SPENCER & LOCKE 2 #2 Takes You To The Edge

Spencer & Locke 2 #2 takes the fan-favorite series to places its never gone before, and leaves you genuinely terrified for whatever is coming next.

Detective Locke is put on trial as Roach Riley continues his murderous rampage. The series is by David Pepose and Jorge Santiago, Jr., with colors by Jasen Smith and letters by Colin Bell.

The Spencer & Locke saga is really hitting its stride. The creative team has found a solid groove, and this issue feels totally “in the pocket,” to steal a musical term. The voice and aesthetic are consistently interesting, thrilling, and unique. Santiago’s art and Smith’s color palette deserve special note. It’s simply magical the way these two are able to capture the gritty yet playful essence of this world. This is especially apparent in the intense opening pages of issue two, which you can see at the bottom of this review. 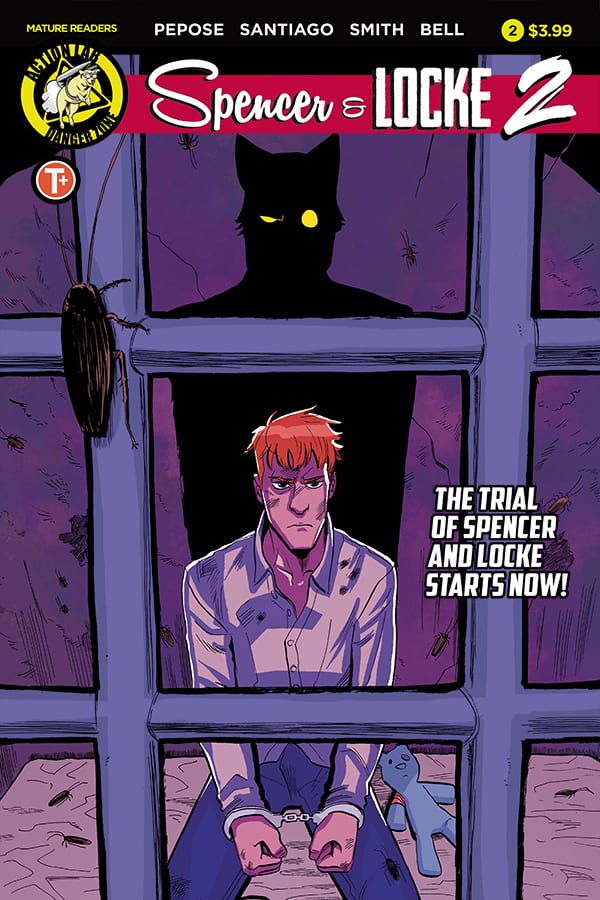 Because we’re in a groove, and we’ve established a bond with these characters, now the team is really starting to turn up the heat. Issue two raises the stakes to new heights, and has more “OH SHIT” moments than you can count. Pepose and Santiago have us in the palm of their hands, and now they’re taking the story to some seriously dark places. It’s terrifying (but also thrilling).

This series is (unfortunately) only four issues long, and it isn’t wasting any time. It’s rocketing through at breakneck speed, throwing all sorts of action and twists your way every page. These guys know how to keep their reader engaged. You won’t be able to put this book down, and because it’s so masterfully paced, you’ll be done before you know it. But then the real joy begins: you get to read it a SECOND time, and really take your time to absorb the nuance and art.

Spencer & Locke is a series with layers, and those layers get peeled back more and more with each issue. Trauma is still the central theme, but the further we go, the more we see different angles on that theme. There are discussions about parenthood, and justice, and what makes someone “good.” There’s a special place on bookshelves for stories like this that makes you think deep while also entertaining the hell out of you.

Make sure Spencer & Locke 2 is on your subscription list at your local comic shop. You don’t want to be missing out on this classic-in-the-making.

Take an early look at this preview of SPENCER & LOCKE 2 #2: 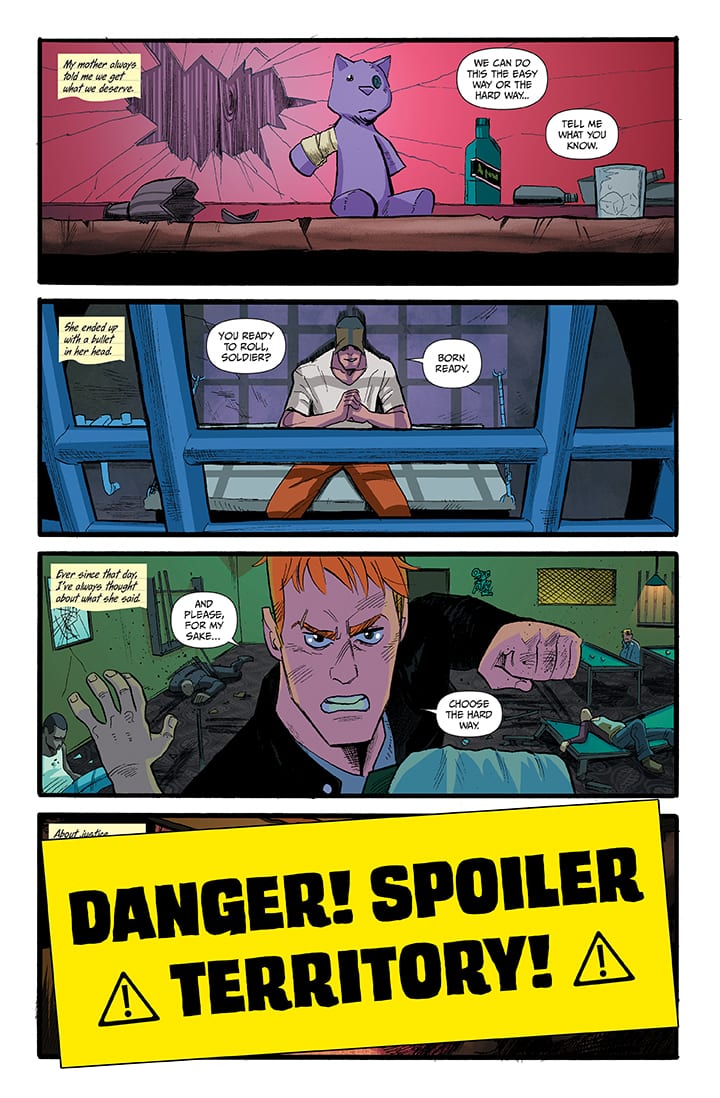 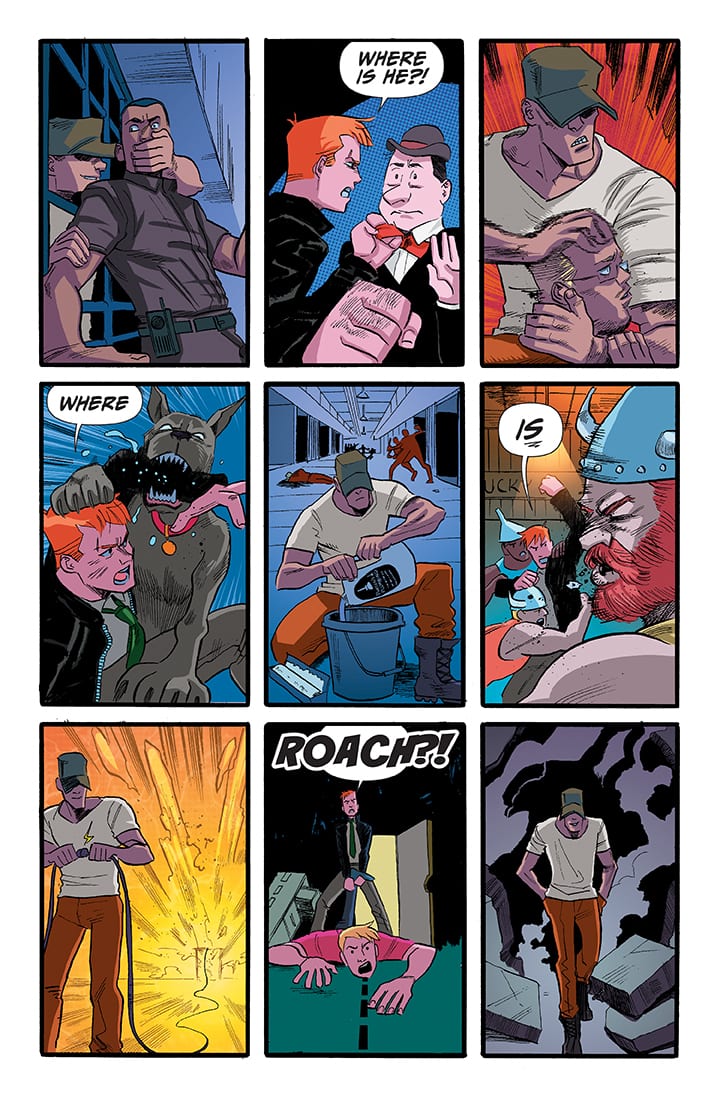 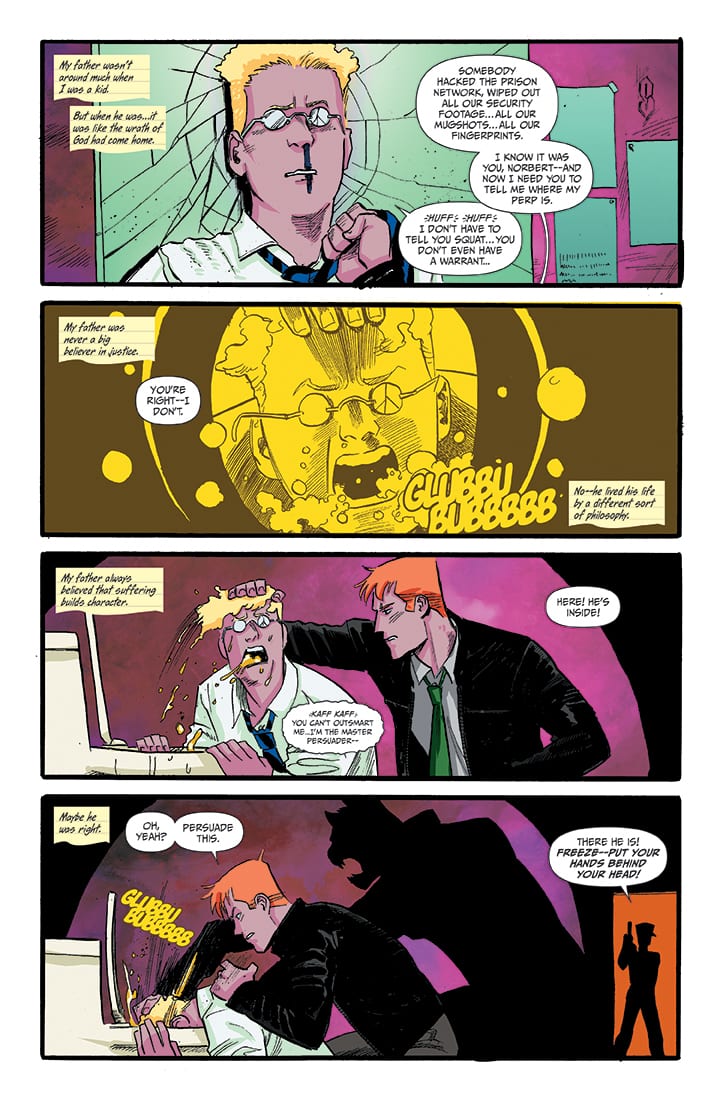 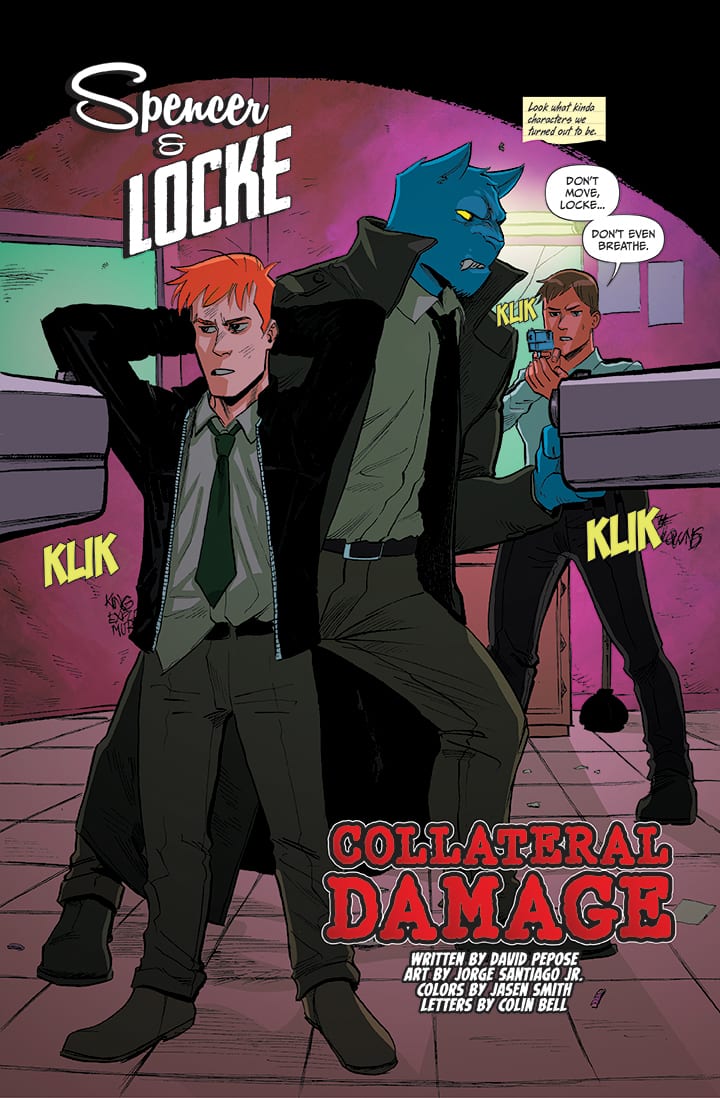 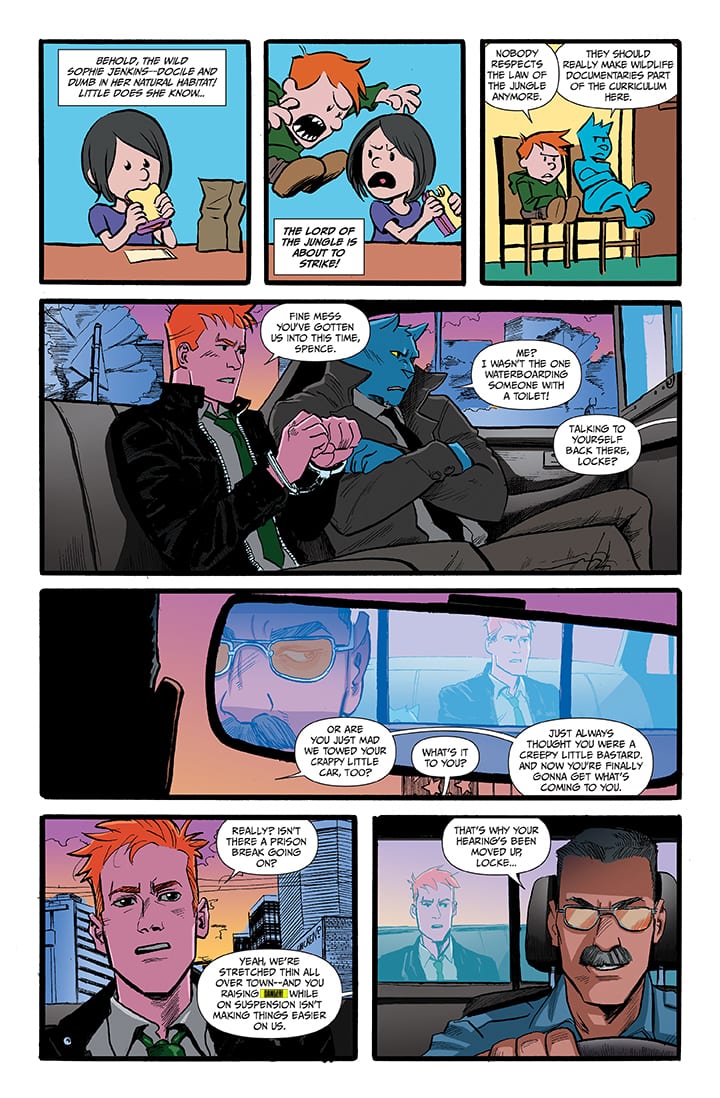 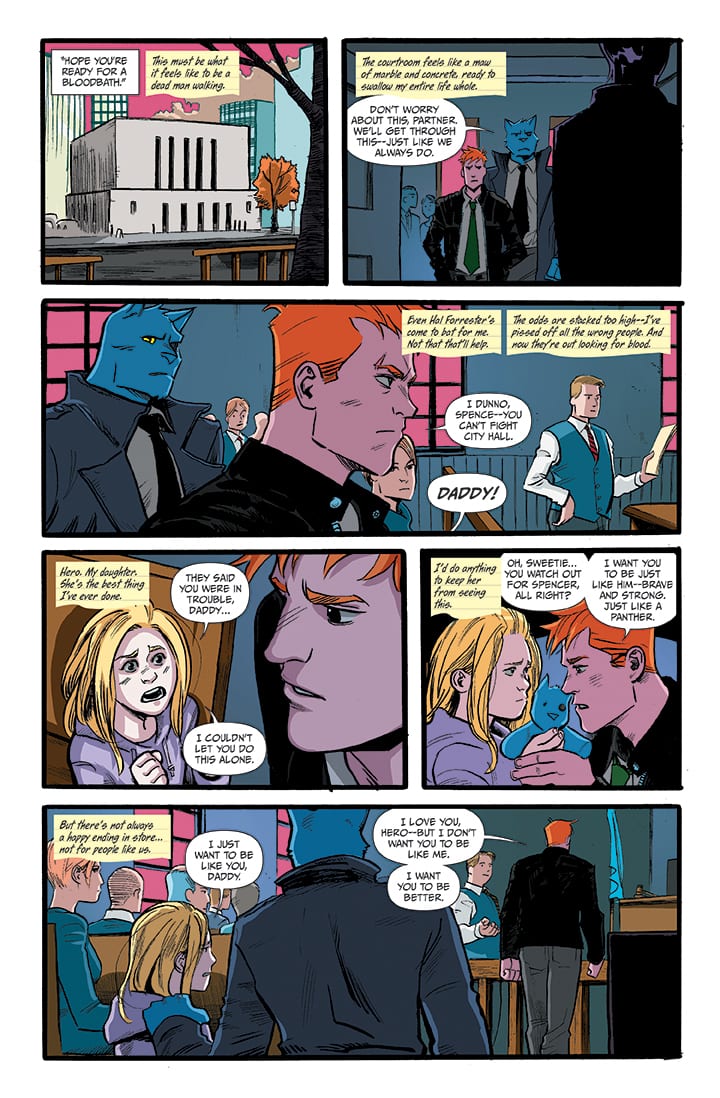 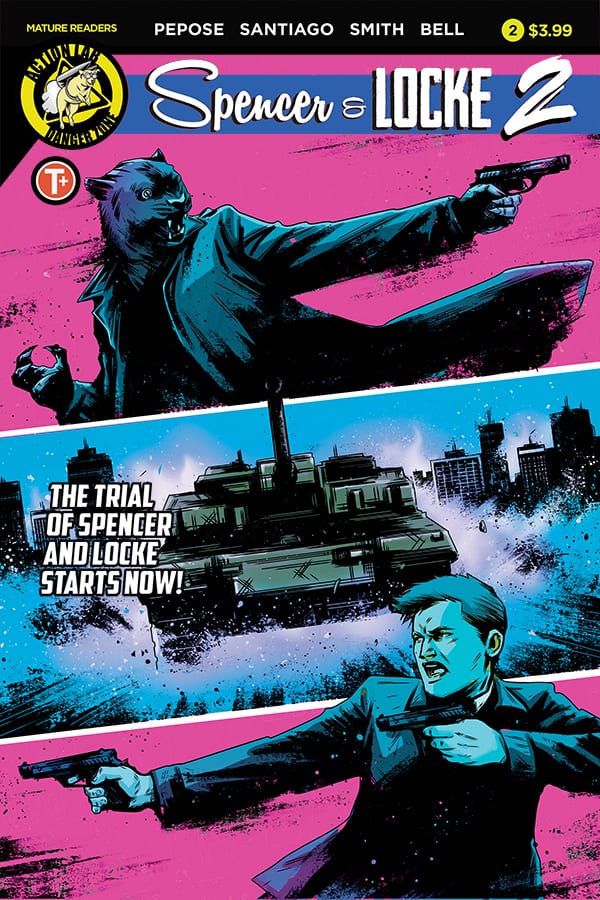 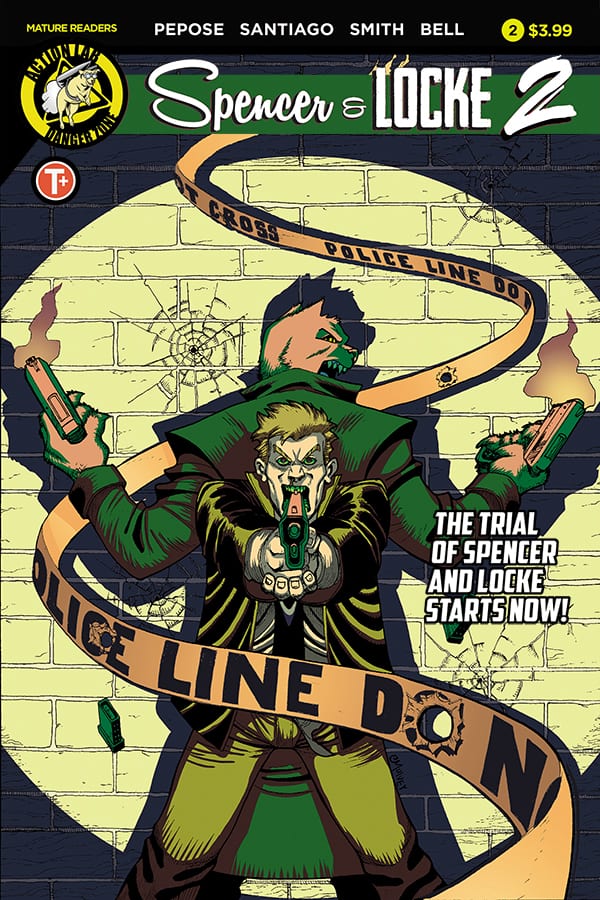