Spencer & Locke 2 #3 is out this week, delivering some of the best moments of the series to date.

Hovering in the place between life and death, Locke is forced to navigate the quagmire of his mind. Meanwhile, Hero decides to take matters into her own hands to avenge her father. The series is written by David Pepose, with art by Jorge Santiago Jr., colors by Jasen Smith, and letters by Colin Bell.

As I sat down to read this issue, I thought to myself, with 100% sincerity, “when we last left our heroes…”

That’s the kind of fun mindset that Spencer & Locke puts you in as a reader. The series treats its material seriously, as it should, but it still feels like the creative team is just having a blast telling their story. This issue, for instance, has Locke facing his inner demons. It’s intense, poignant, and it has a really strong emotional payoff in the end. But also, his inner demons manifest themselves as Nazi killer mutant snowmen. 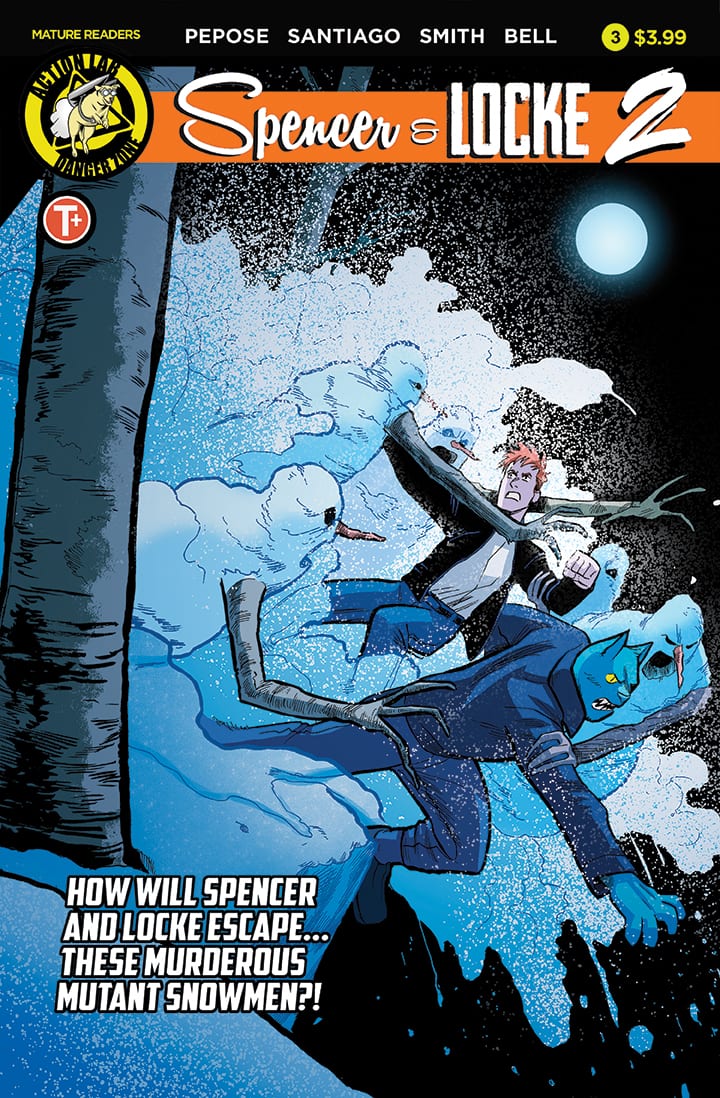 Issue three is very character-driven. The villainous Roach does continue to wreak havoc, and there’s a last page cliffhanger that moves the plot forward, but for the most part, this chapter slows things down for a moment before heading into next issue’s explosive finale. Pepose and Santiago take the chance to peel back the layers on their characters and explore what makes them tick.

And it’s beautiful (in a tragic way). While lingering between life and death, Locke comes face-to-face with his childhood self and is forced to make a difficult decision. It’s arguably his defining moment in a series that bears his name. The scene is a reminder of what this comic is all about, and how intelligent and in touch with humanity it is, Nazi killer mutant snowmen and all.

Roach also gets his own “behind the curtain” moment, as the opening page flashes back to his time as a POW and the horrors he faced (done by Santiago and Smith in the style of Beetle Bailey). These flashbacks build out Roach’s character and make him more than just the mass murderer we’ve come to know and fear. They actually build sympathy for him, and a villain you can sympathize for is maybe the scariest villain of all. 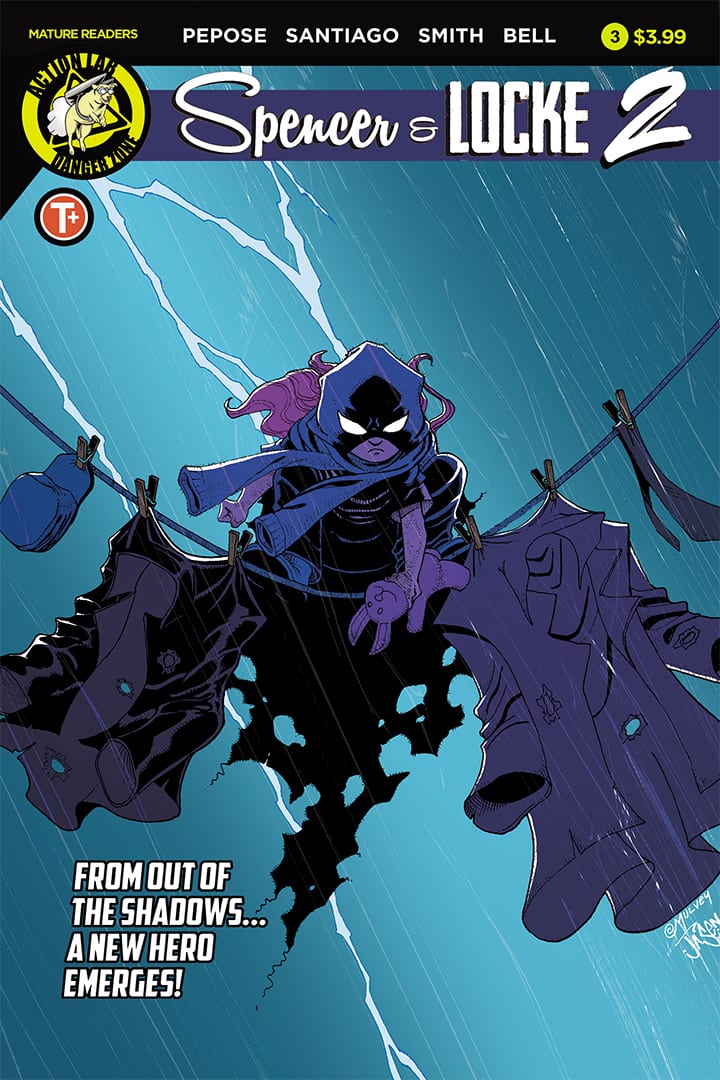 Ok, finally, we have to talk about Locke’s daughter Hero. At the end of the last issue, Hero pulled a hoodie over her face like a cowl and vowed to take on Roach herself. This issue, we see her debut as “Captain Astounding,” and it’s one of the high points of the entire Spencer & Locke saga. Pepose writes her narration perfectly, and Bell’s lettering never lets you forget that this is still just a little girl, no matter how big she acts.

No matter how dark or serious Hero tries to act, there’s an innocence to her inner monologue that will put a smile on your face. It’s noir, reminiscent of Batman or Sin City, but by way of a child who has a very different idea of what constitutes “edgy.” I would gladly read a comic strip series of indefinite length about the adventures of Captain Astounding.

Only one issue left of Spencer & Locke 2, and it looks like it’s going to be a doozy! All bets are off, and the way this series has gone, I would expect something big and probably tragic to happen.

Are you reading Spencer & Locke 2? Sound off in the comments with your own thoughts on the issue! 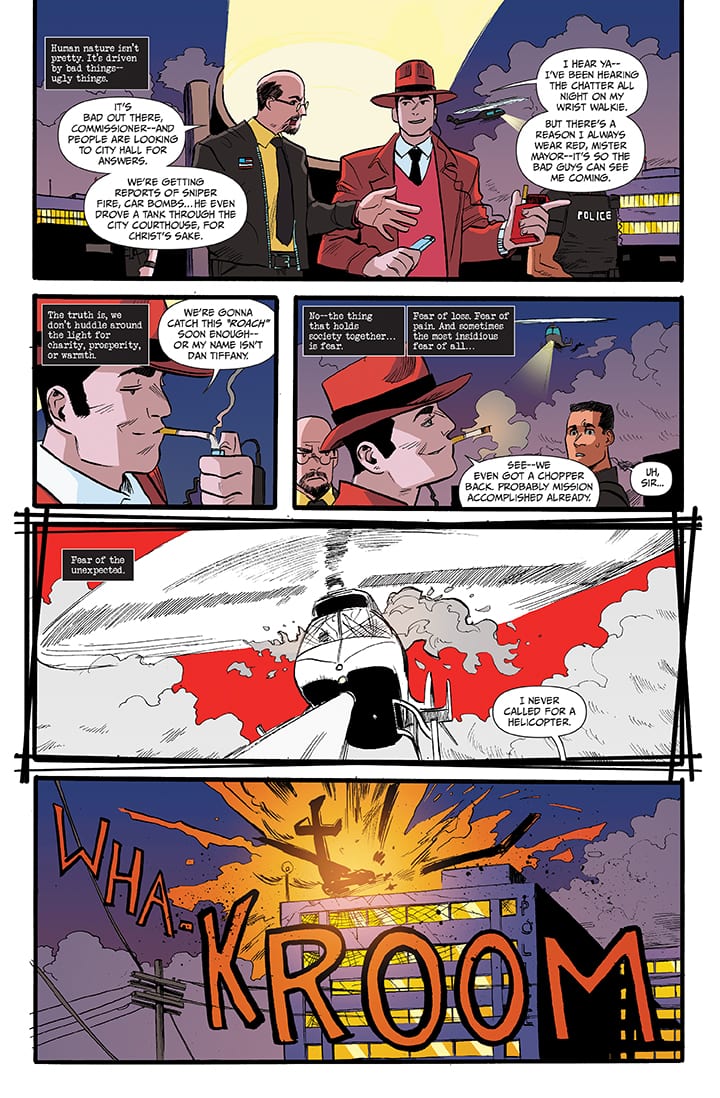 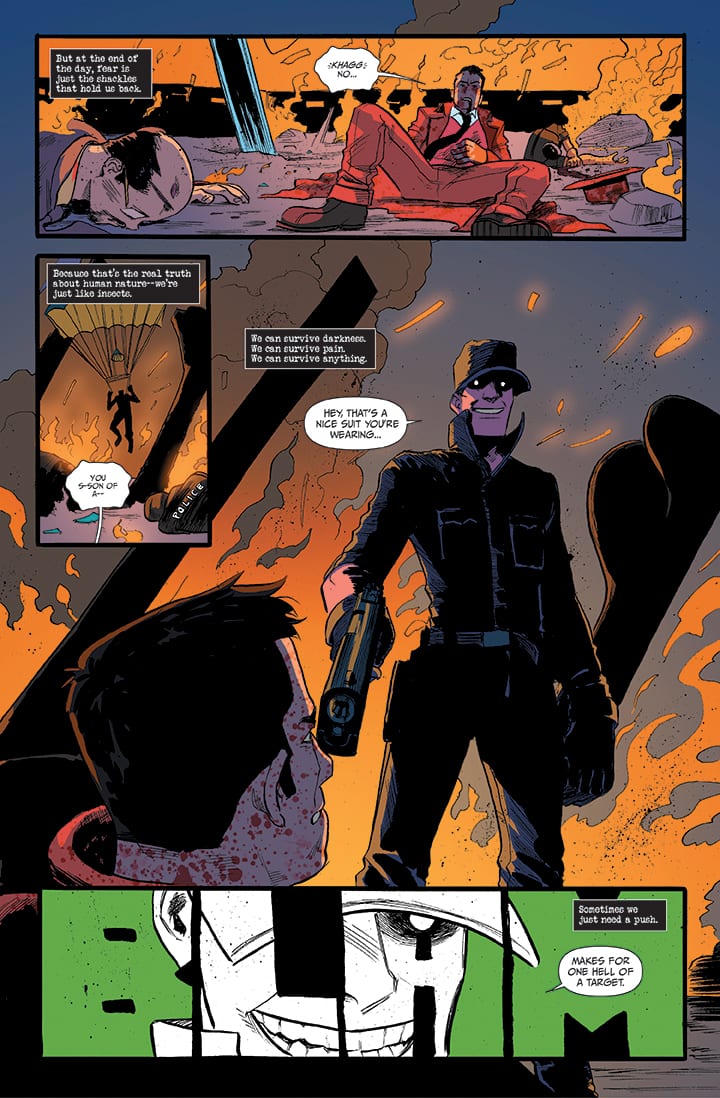 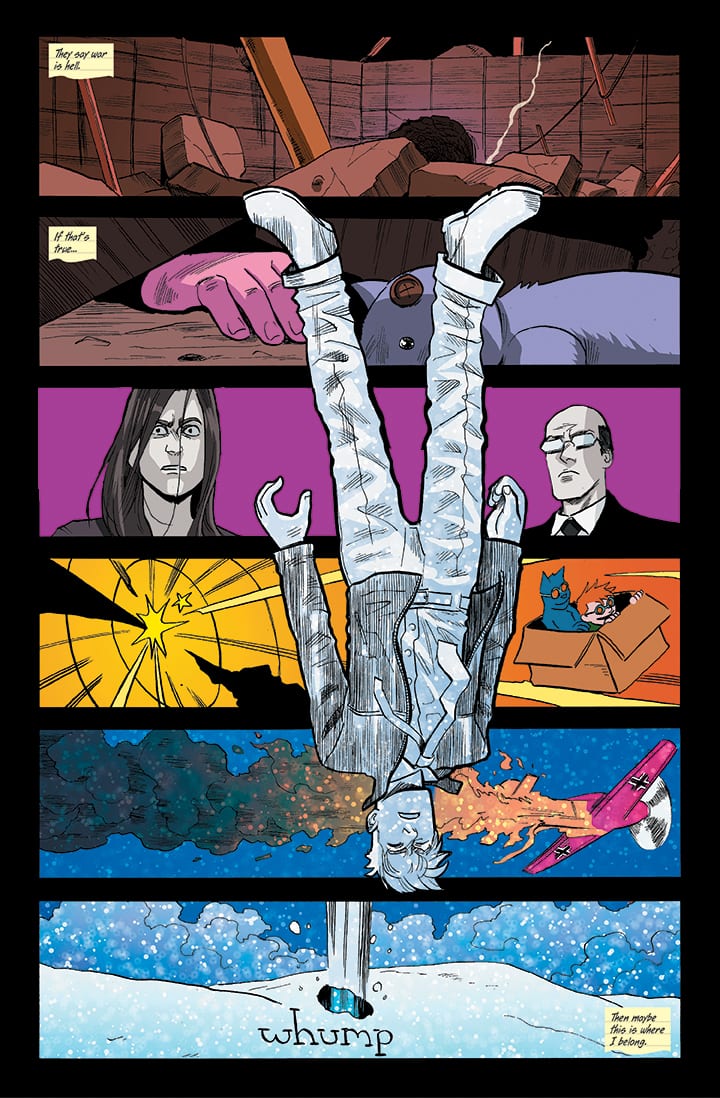 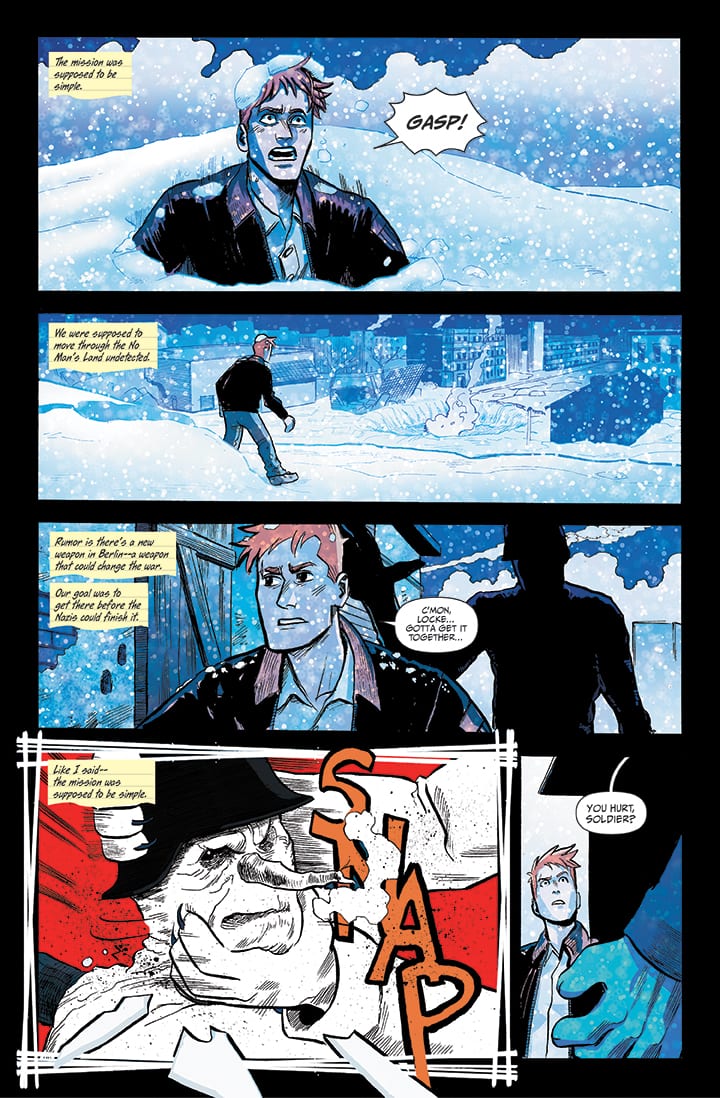 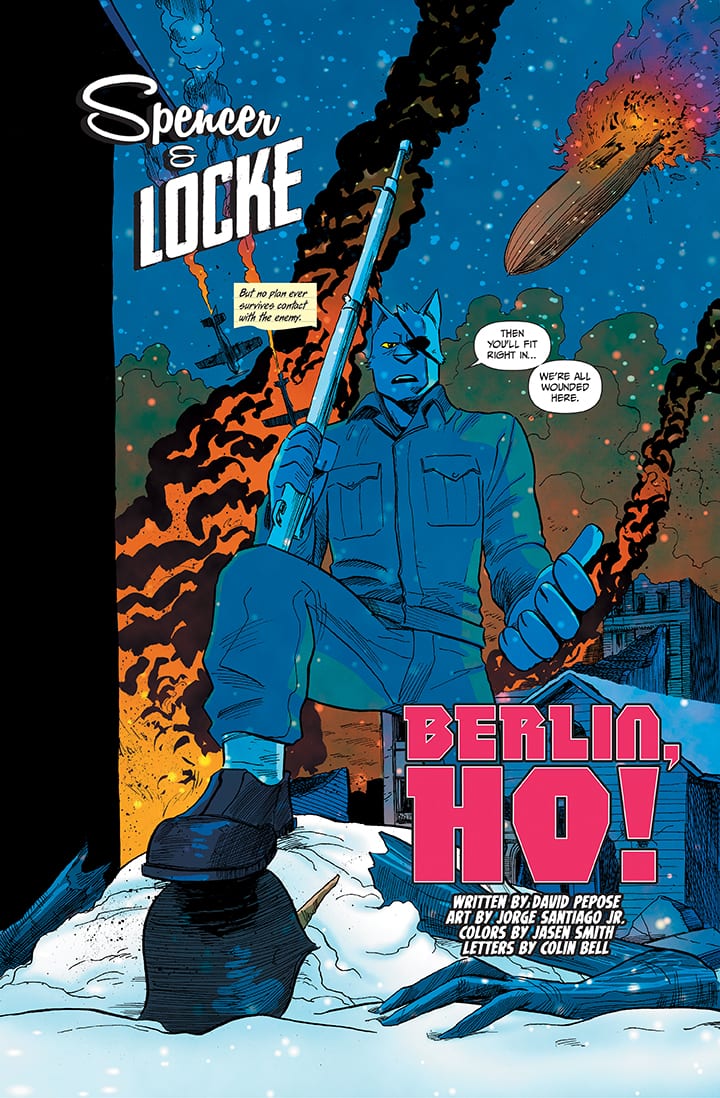 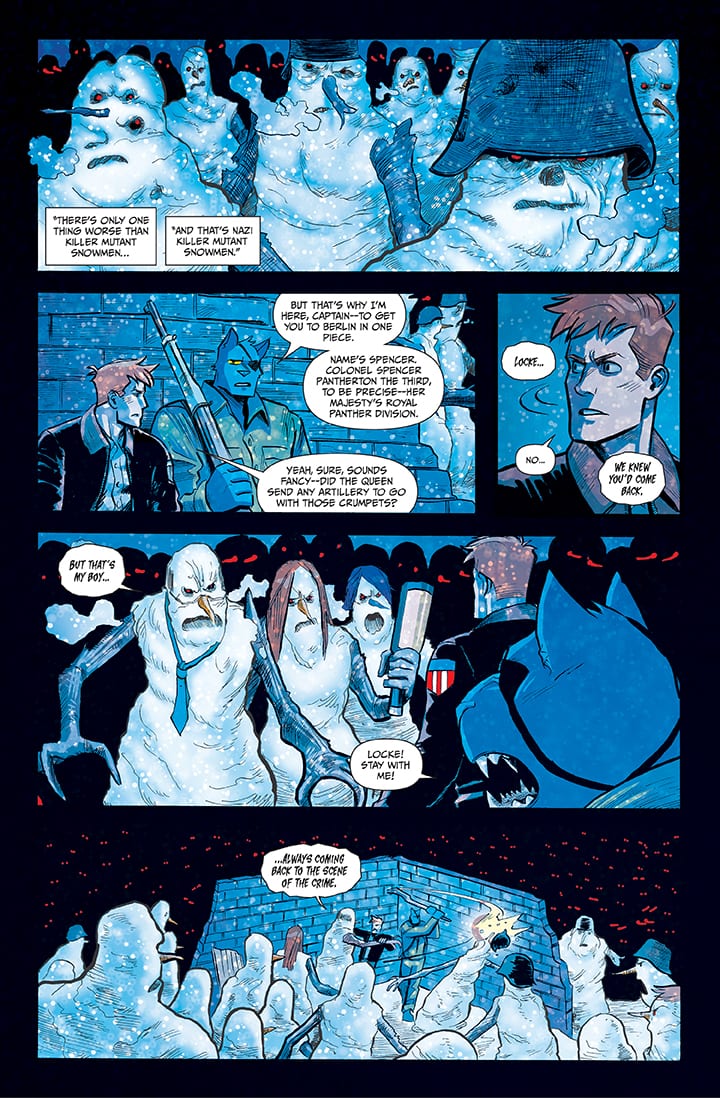 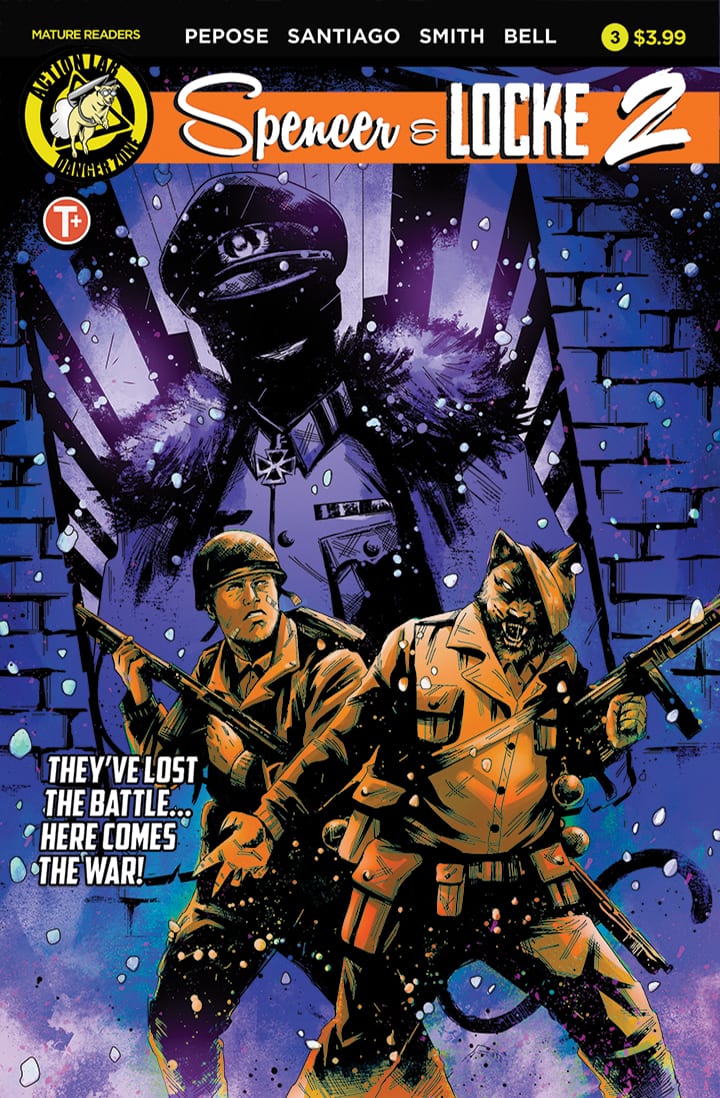 Spencer & Locke 2 #3 delivers some of the best moments of the series to date.Review: SPENCER & LOCKE 2 #3 And The Rise Of A Hero