Sonic The Hedgehog #34 out this week from IDW Publishing is slowly moving the plot forward with the new arc. With Rogue’s crew on one side and Sonic and Tails on the other, both teams continue their mission to help repair Omega. The issue is brought together thanks to Evan Stanely (writer and artist), Reggie Graham (colorwork), and Shawn Lee (lettering).

It’s off to the races with Cream, Cheese, Amy, and Rouge! They have to keep up their winning streak or surrender Cheese to Clutch’s evil… clutches! 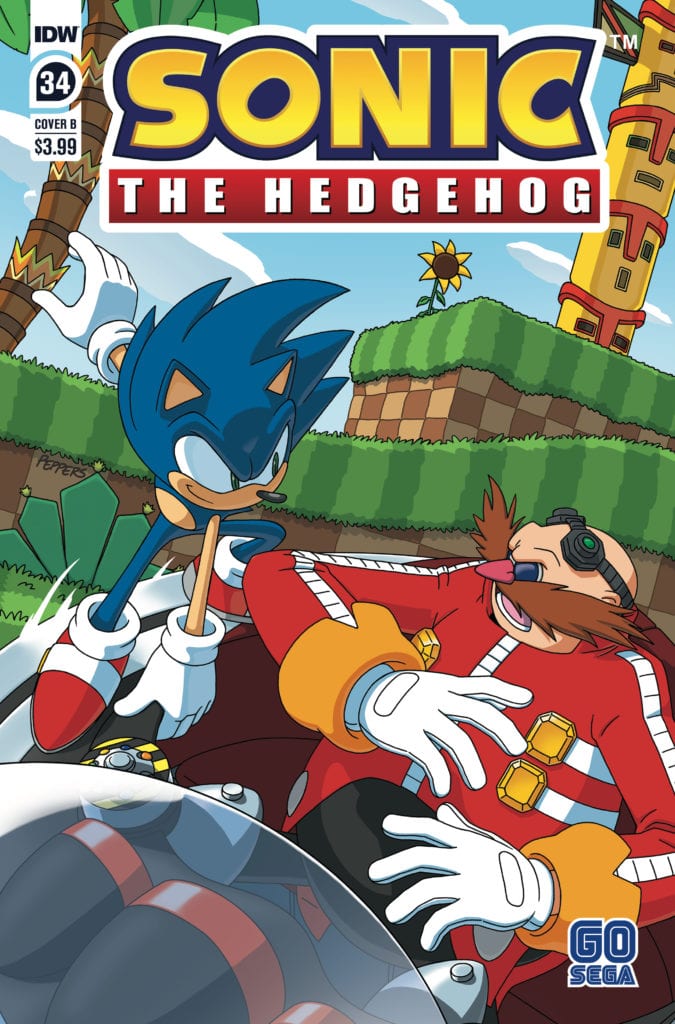 With the story split between the two teams (and Shadow doing his own sleuthing), you’d think there would be more twice the action. Instead, more time is spent moving the plot forward than having fight scenes. This seems odd considering Shadow was overpowered in the previous issue by an unknown assailant and there was a good chance the fight could have continued. Still, it is a new arc so it’s not all gonna be explosions and chase scenes.

Writer Evan Stanely does take the time to showcase Shadow’s efforts to get to the bottom of what is going on in the resort and discovers Clutch is evil. Really? The shady guy who was shown in a room full of covered furniture with dim lighting who was trying to manipulate Rogue can’t be trusted? How shocking. Seriously though, there is a lack of subtlety here, but hopefully, more about Clutch and his plan will be revealed in the next issue. 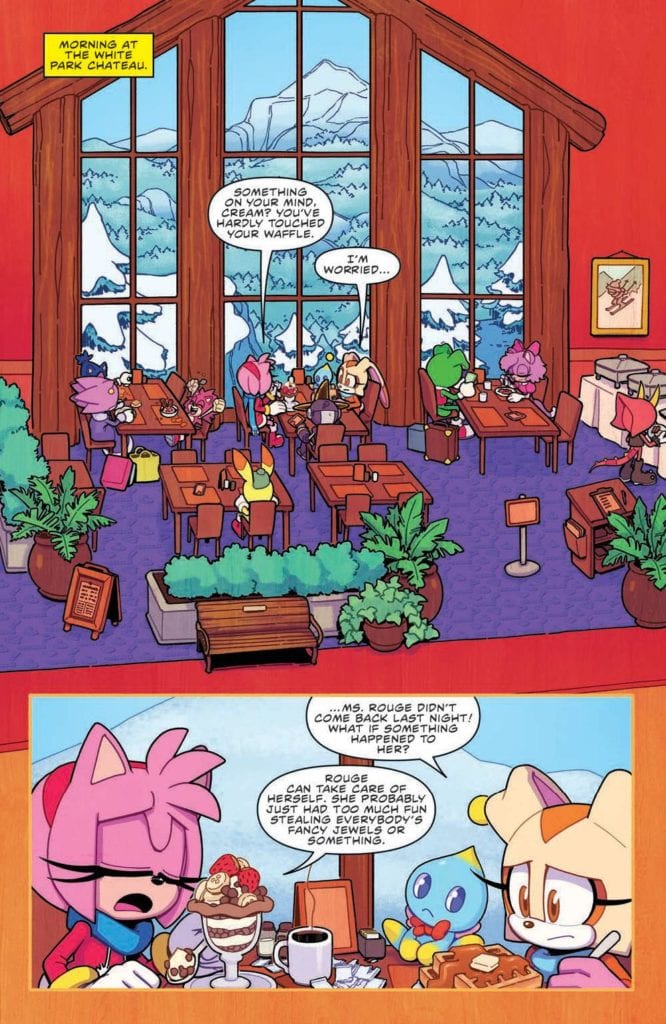 With Evan Stanely providing story and artwork, many moments resonate astonishingly well in this issue. One of the best occurs with a montage showcasing Cheese advancing through the races as Shadow continues his investigation. The side by side comparison of these frames acts as a montage moving the story forward and showing a passage of time in just a few frames on the same page.

The colorwork by Reggie Graham continues to highlight the difference between each of the settings. From the bright colors used in the resort to the hushed tones used in the Clutch’s secret room, the use of color helps the reader understand they have moved to a different setting without being told directly. Also, it helps the newly introduced character to stand out more. 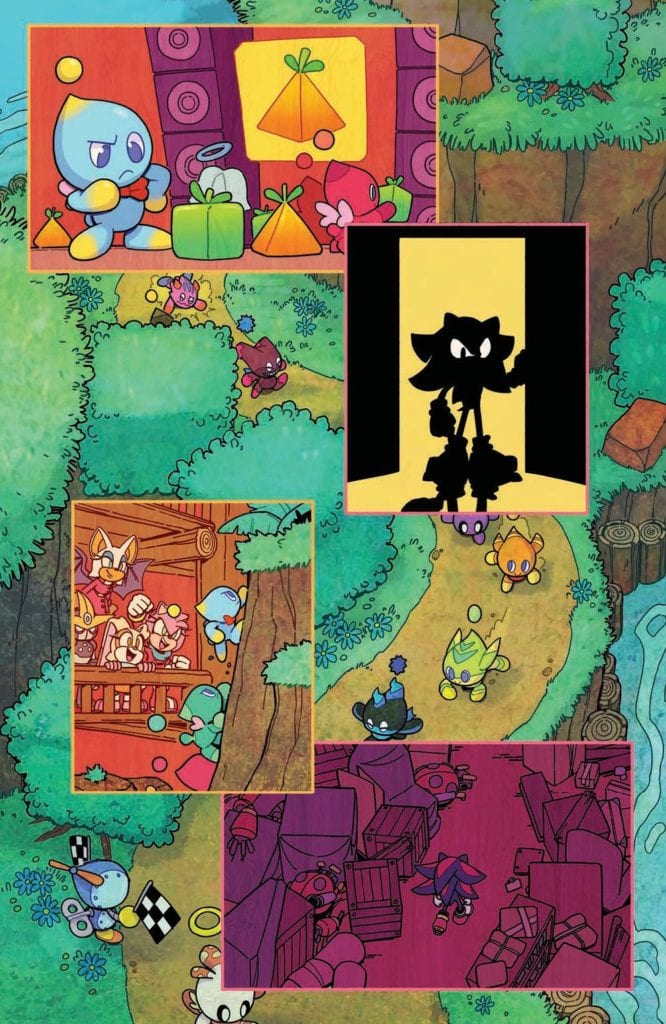 The lettering work by Shawn Lee provides the right auditory aspects to the story. From the Chao races to the sound effects as Sonic kicks some garbage, the important actions are labeled with the right amount of sound for the situation. Also, the use of the word “Scuff” to show someone getting pushed was amusing.

Sonic The Hedgehog #34 is still early in its new arc but does manage to be entertaining thanks to the art. The action will increase moving forward judging by the cliffhanger at the end of the issue. For now, fans can enjoy some more lighthearted moments before Sonic and his friends find themselves having to face off against some army of rampaging robots somewhere down the line.

Action takes a backseat to the plot advancing through very eye-catching artwork. Review: SONIC THE HEDGEHOG #34 Is Surprisingly Slow