Review: SNOW ANGELS #1 Opens A World Of Danger And Mystery

Snow Angels #1 by writer Jeff Lemire and artist Jock is out today from ComiXology Originals, and it’s a textbook case of how to hook readers with an intriguing opening chapter. Rounding out the creative team is veteran letterer Steve Wands.

The story is about Milliken and Mae Mae, two sisters growing up in a frozen tundra with their father. All they know is The Trench — a vast, literal trench carved into the icy earth. The Trenchfolk live by three simple testaments:

And they must adhere strictly to these rules, lest they fall prey to The Snowman who stalks outside their borders. But The Snowman is just a boogeyman story parents tell their kids…right?

Lemire excels at establishing mysterious new worlds that make you beg to know more. He’s done it in Sweet Tooth, in Black Hammer, in Descender, and he’s done it again in Snow Angels. By the end of the first issue, you’ll have a million questions about this world, its history, and all of the characters. Lemire gives you just enough one-off lines and little clues to pique your curiosity and ensure you’ll be back for future issues — and you will be back.

This is a world overcast by mystery and dread. A palpable sense of danger radiates off every page. Jock’s raw, edgy style is the perfect fit for Snow Angels. He uses a generally white color palette, but knows just where to throw in some dark shadows and bright reds to add tension. Certain hard-hitting moments hit even harder thanks to this contrast.

And yet, while Jock’s landscaping fills you with a sense of dread, his character work is something else entirely. Through close-ups and a heavy emphasis on eyes, Jock adds a ton of humanity and personality to Milli, Mae, and their father. You get a sense of who they are just by how they look at the world. The girls are spunky; they have some attitude. Their father is tough, hardened by this cold world, but there’s some fun and joy to him too. And in their eyes — the girls’ especially — there’s something else. I’m not sure if I would classify it as “hope” but there’s definitely something there that makes you care for them and feel concern for their safety. Through all their spunk and attitude, you can see that they’re still just young girls who are coming of age, and Jock manages to convey that all through their eyes.

Wands’ lettering flows seamlessly with Jock’s art. The font and sound effects emphasize the rough and gritty nature of this world. The white narration boxes blend in with the white backgrounds. What’s most impressive, though, is how Wands sets the pace for Snow Angels. There’s quite a bit of narration in this issue, and no small amount of dialogue, and yet reading it all feels like a breeze. There’s such a natural rhythm to this book, and that’s a credit to both Wands’ lettering and Jock’s layouts.

Honestly, with the talent behind this book, it hardly needed this review. It’s Jeff Lemire, Jock, and Steve Wands — their respective track records speak for themselves. If you like intriguing stories with lots of mystery and spunky young protagonists, check out Snow Angels #1 right now.

Check out the first few pages of SNOW ANGELS #1: 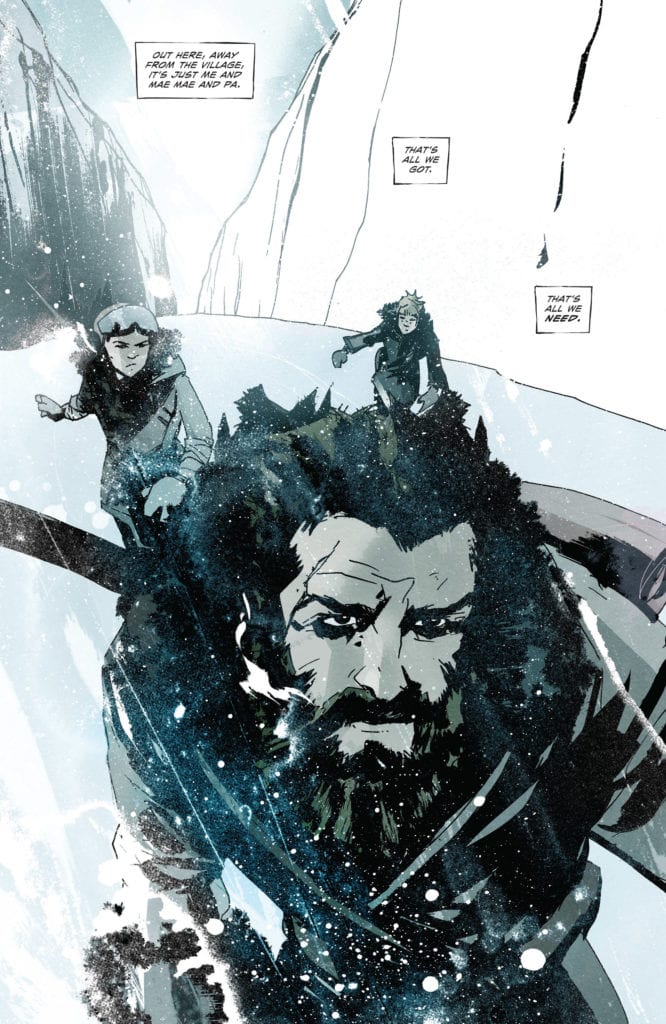 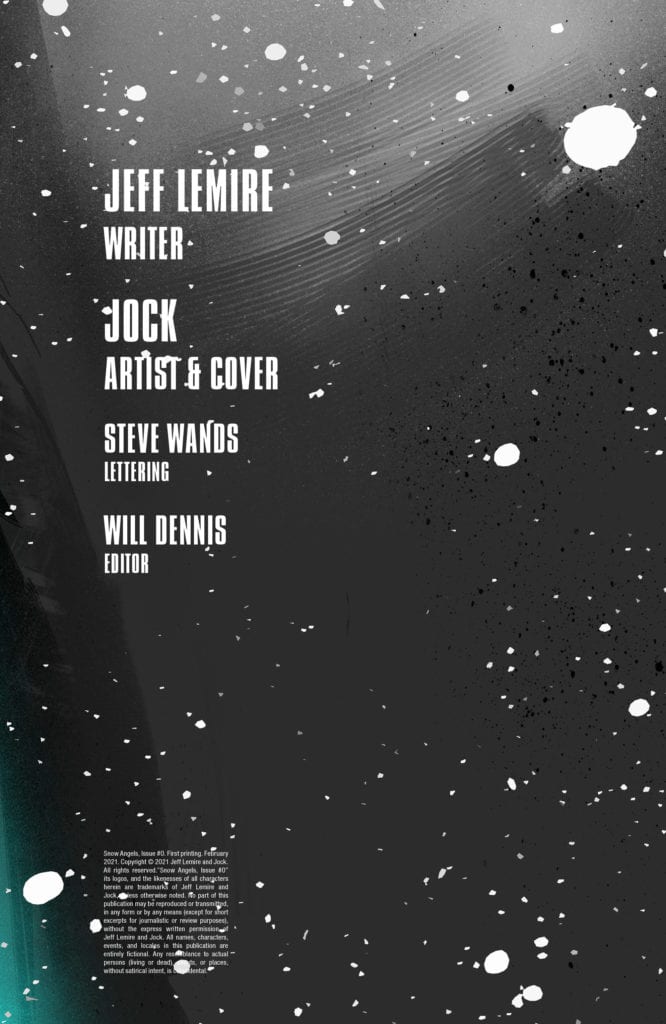 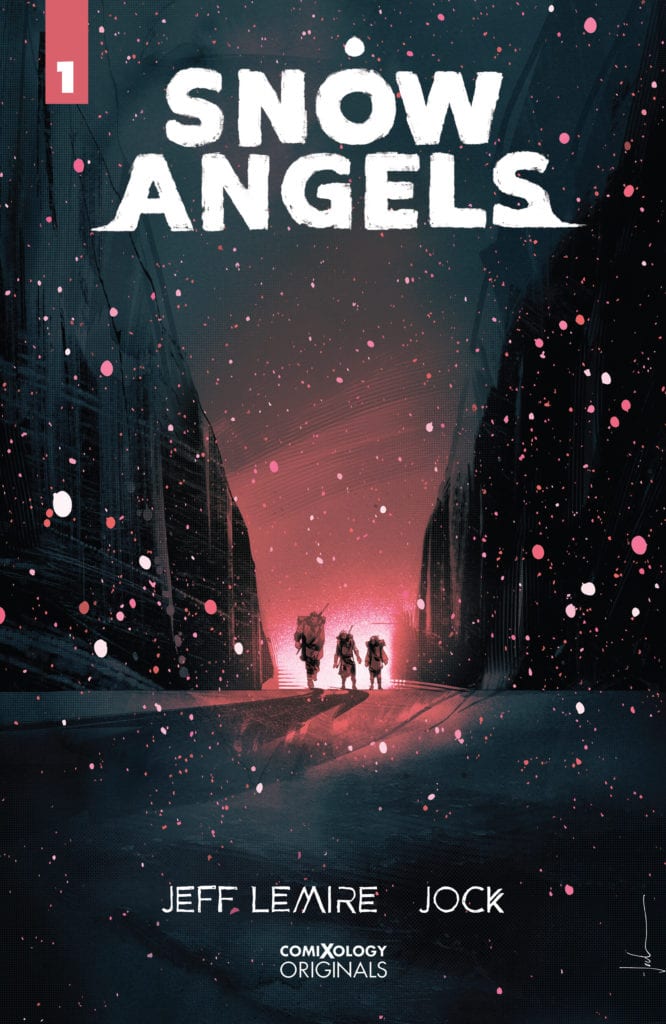 THIS is how you open a series. If you like intriguing stories with lots of mystery and spunky young protagonists, check out SNOW ANGELS #1 right now.Review: SNOW ANGELS #1 Opens A World Of Danger And Mystery