Review: RED SONJA #7 is a Masterwork of Comics Storytelling

Mark Russell’s work on this series only grows more engrossing with time. It’s a powerhouse run thus far, and Red Sonja #7, out this week from Dynamite Entertainment, may well be the best issue yet.

Sonja finds herself alone after losing Kryon, her last remaining family member, in our last issue. As she demonstrates, though, Sonja’s not one to give in to despair. Instead, she decides to finally mount an attack on Dragan in an attempt to rescue the surviving Hyrkanian prisoners.

With Red Sonja #7, Mark Russell delivers an engrossing story. There’s plenty of action contained in these concise, yet thoroughly-engaging pages. Beyond the surface, though, the narrative is crammed full of interesting and incredibly-compelling thematic elements to unpack.

The book opens to Sonja reflecting on her childhood memories of Kryon, weaving grass shields as a childhood prank (an element that will come up again later). From here, we jump to Kryon’s funeral. Sonja wants to make one thing clear, though: despite her grief, revenge is not her aim. Rather, the primary focus is rescuing as many of her people as she can from Dragan’s sadism.

Sonja’s resolve is tested, though, when she has Dragan in her sights. Here, she’s forced to make a choice between seeking revenge and helping the living. The option she ultimately chooses says a great deal about her core character.

The highlight of Red Sonja #7—perhaps one of the most striking moments of the series thus far—comes toward the book’s end. Sonja’s advisor Cerkus delivers a monologue that is a surprisingly poignant critique of blind nationalism and empire. “Nations and empires are not a cult of personality,” he says, “but a symptom of humanity’s common psychosis. The need to find our worth in power.” It’s incredibly-well written, especially when cast alongside the action on the page. Dragan’s own guards foreshadow this theme earlier in the book, pondering Dragan’s circuitous motivation.

It’s intelligent and thought-provoking, without losing momentum. In Red Sonja #7, Russell proves himself to be a masterful storyteller. 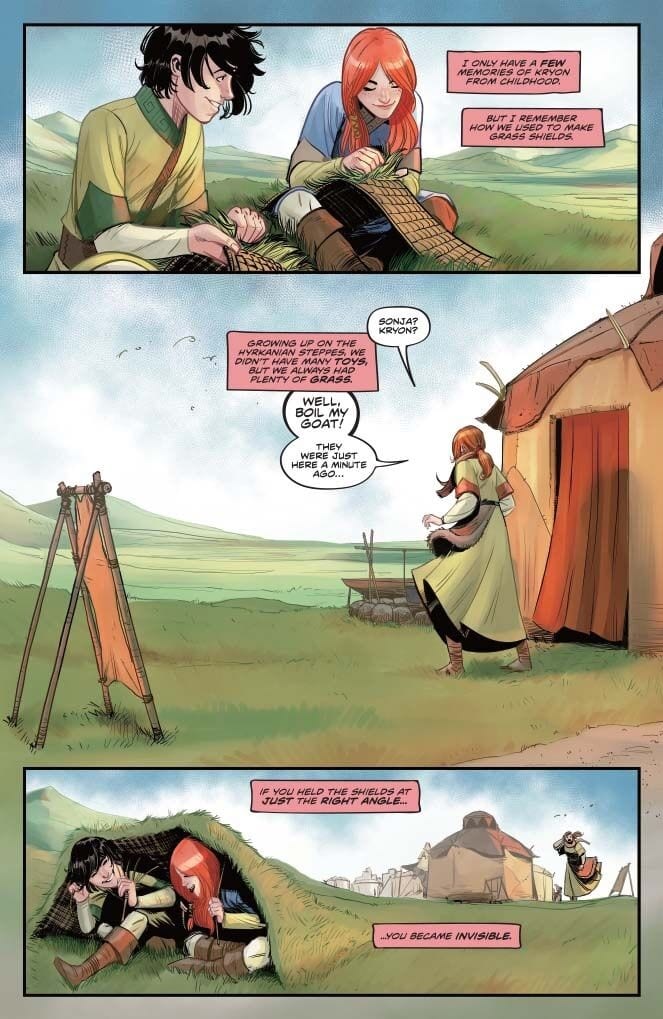 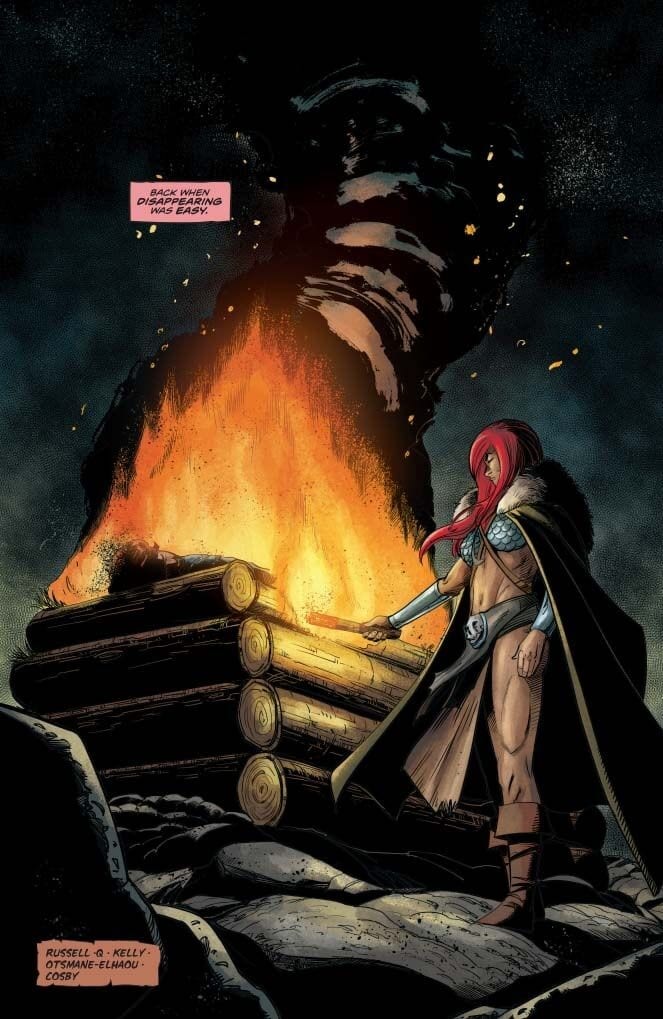 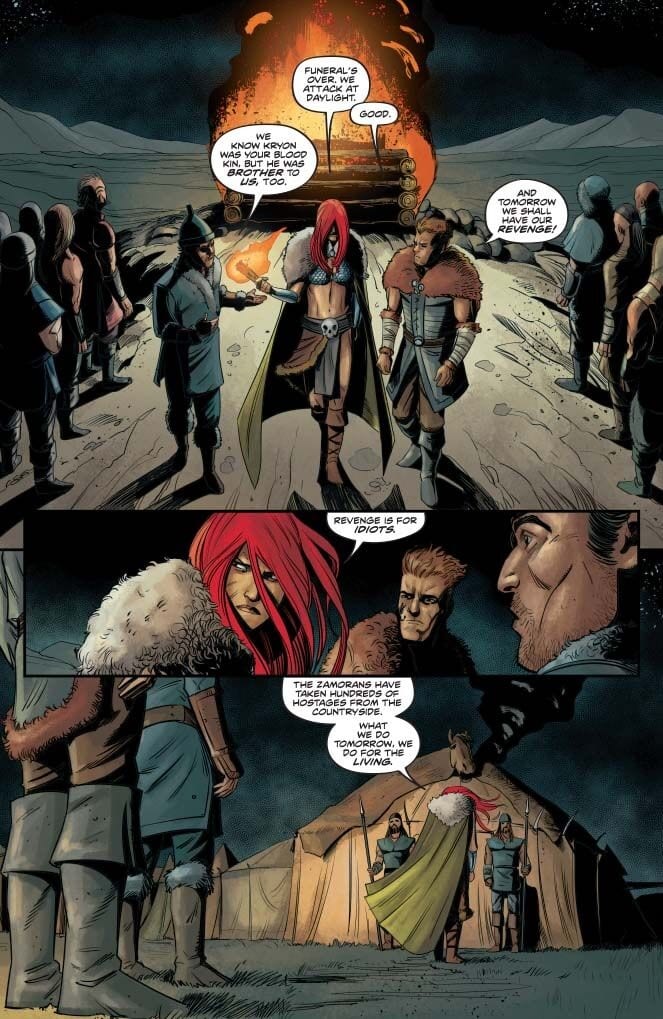 Bob Q takes over art duties from Mirko Colak beginning with Red Sonja #7. His work is eye-catching right from the first page, opening on a pastoral scene of young Sonja and Kryon, before hard-cutting to the latter’s funeral. He does a great job of capturing mood, really embellishing the emotional  pitch of these sequences.

The illustrations really shine, though, once we delve into the more action-packed pages in the book’s middle. The work is dynamic, constantly shifting perspective to reflect the chaos of battle. He employs some very deliberately-placed repetition, though, which works to nice effect.

While Colak’s work on the series’ first arc was very good overall, the artist did have some issues conveying expression. Bob Q, however, manages to provide some incredibly expressive and lively work. You feel the emotion on the page; the resolve, grief, and terror in characters’ faces comes across very clearly.

Red Sonja #7 is excellent from start to finish. This issue cements the current run of Red Sonja among the very best comics of 2019. Get it this week at your local comic book shop.

Review: RED SONJA #7 is a Masterwork of Comics StorytellingRED SONJA #7 is showcases the best of an already fantastic run. Writer Mark Russell delivers an action-packed, yet thematically dense story, with excellent artwork by Bob Q. RED SONJA is undoubtedly one of the best comics of 2019.