Power Rangers #1 out this week from Boom Studios brings the other side of the new direction for comics. While Mighty Morphin focuses on the team on Earth, Power Rangers will focus on the Omega Rangers as they explore the cosmos. The action comes together thanks to Ryan Parrott (writer), Francesco Mortarino (line art), Raul Angulo (colorwork), and Ed Dukeshire (lettering).

POWER RANGERS #1 reveals a new cosmic threat that only the original Power Rangers, now known as the Omega Rangers – Jason, Trini and Zack – can hope to defeat! 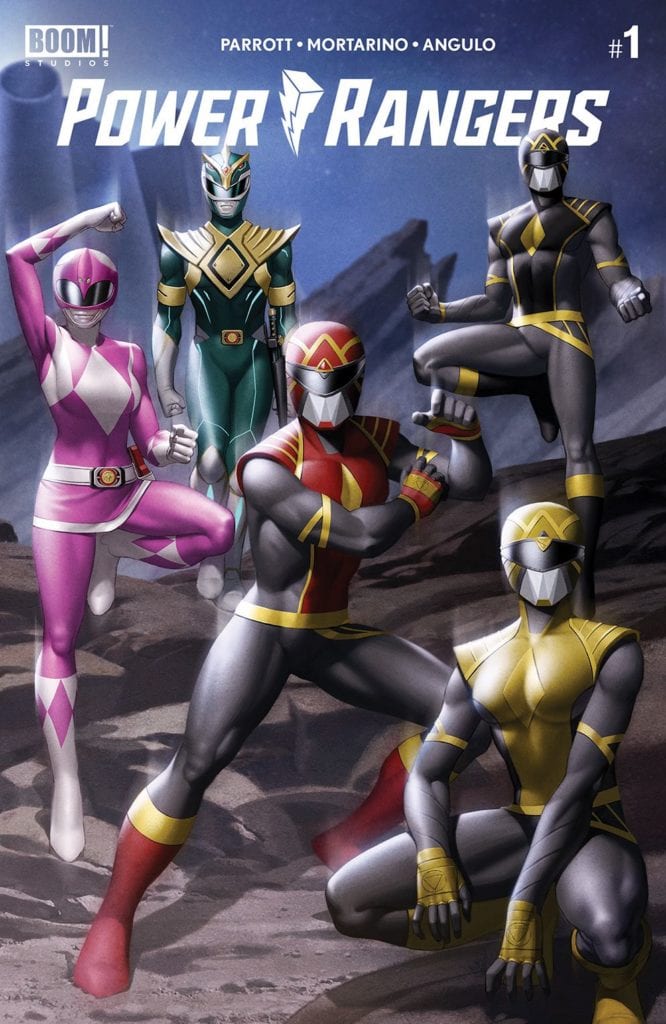 With Ryan Parrott writing both of the new Power Ranger series, one of the common traps could be both books telling a similar story. Instead, Parrott makes sure to point out each series will have its own unique mission or mystery. With Mighty Morphin it will focus on the identity of the new Green Ranger. Power Rangers meanwhile explores the mystery of the Empyreal and where they come from.

The issue reintroduces the characters of Jason, Trini, and Zack and calls out how the comic series has diverted from the original show. There even is a joke poking fun at the “Peace Conference in Switzerland” where the characters disappeared to in the show’s continuity. As the Omega Rangers, the trio will do whatever it takes to stop the Empyreal from harming anyone else. 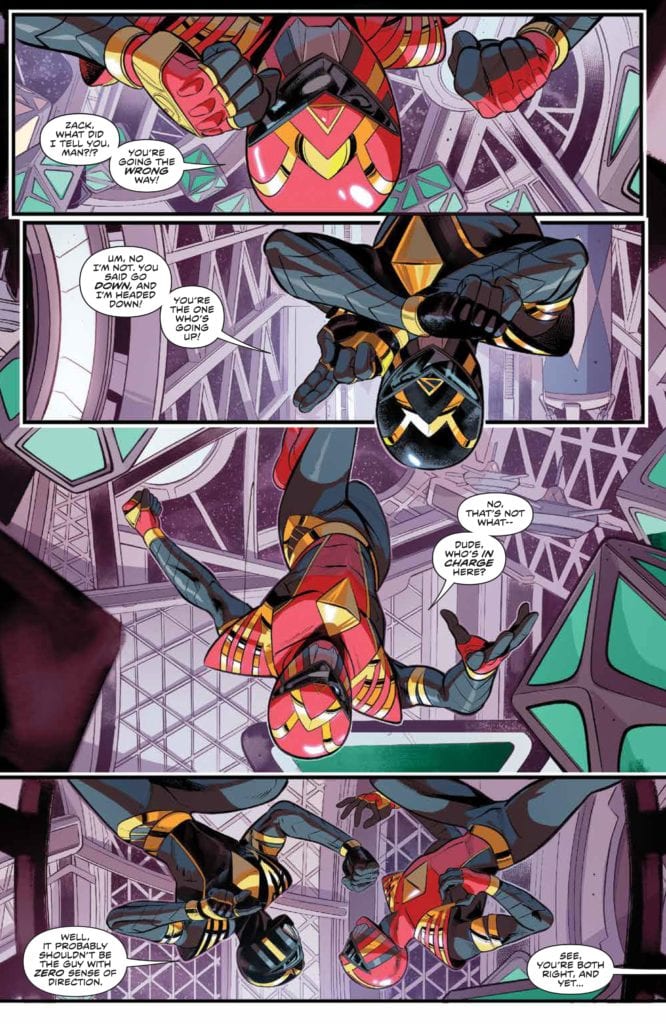 The artwork by Francesco Mortarino focuses heavily on body language. This comes in to play heavily as the cast visit Drakkon in his cell. All of the characters convey a mixture of tense, angry, and frustrated without a single word bubble needed.

The colorwork by Raul Angulo helps to make the visual effects feel alive. From the holograms to the robots and alien creatures the use of color gives the science fiction elements an otherworldly feel. This comes into play heavily later during the last few pages of the comic. 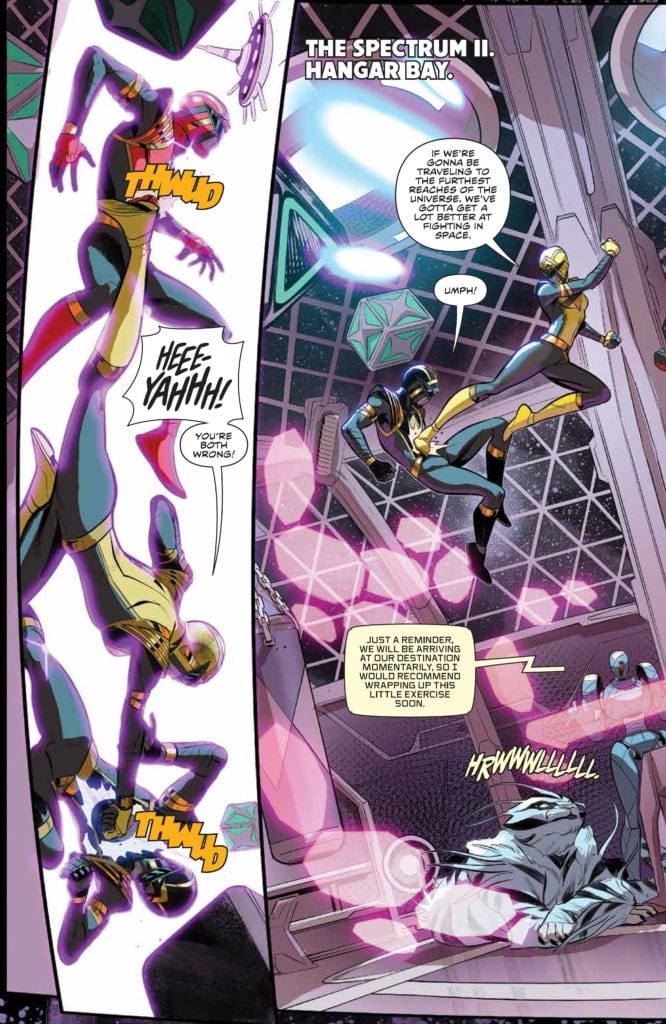 The lettering work by Ed Dukeshire helps to move the story along. Thanks to the change in panel layouts from page to page the lettering acts as a guidepost helping to direct the reader through the issue. Special care is paid to ensure the sound effects don’t distract the reader.

Power Rangers #1 is the other side of the power coin for the new direction the franchise is taking. The amount of action and drama contained in both series is more than enough to keep the readers engaged. Fans of the franchise should make sure to check it out because the internet will be talking about what happens moving forward.

A dynamic first issue with a cliffhanger you have to see to believe. Review: POWER RANGERS #1 Brings The Omega Rangers Home