If you’re into weird, character-driven sci-fi and are not reading Philip Sevy’s Triage, you’re doing it wrong. Sevy’s five-part series features some of the most visually interesting world building on comic book shelves today, and the way it reinvents the popular comic trope of the same character alternate universes is simply astounding. Issue Three if the miniseries is on shelves today, and if the cover alone doesn’t sell you on buying a copy, allow us to give it a shot. 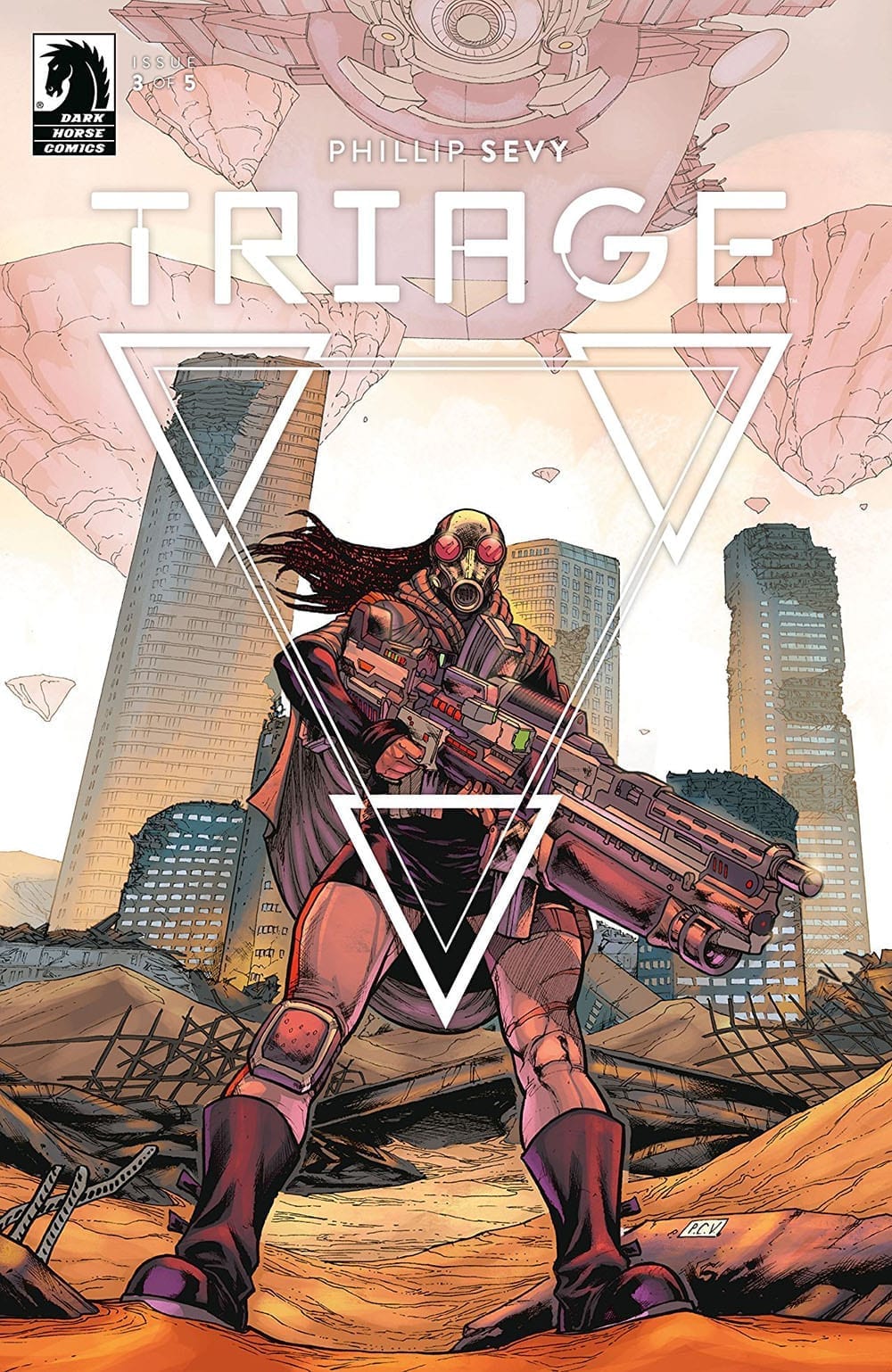 Issue Two ended with our trio of heroes in a pretty tough spot. Evie, the “real world” part of the three, has reluctantly brought her girlfriend, Tab, into a dangerous, cross-world hunt, by bringing the titanic ally powered Hunter into her world. Orbit, from a universe very similar to the superhero worlds of Marvel and DC, has tried to go to-to-to with the assassin, and ended up getting her ass handed to her. Their heroes only option is to teleport to the homeworld of the third of their third counterpart, Marco. It is a cruel and harsh post-apocalyptic landscape, and as we’ll find out in this issue, the land itself isn’t even half the danger. 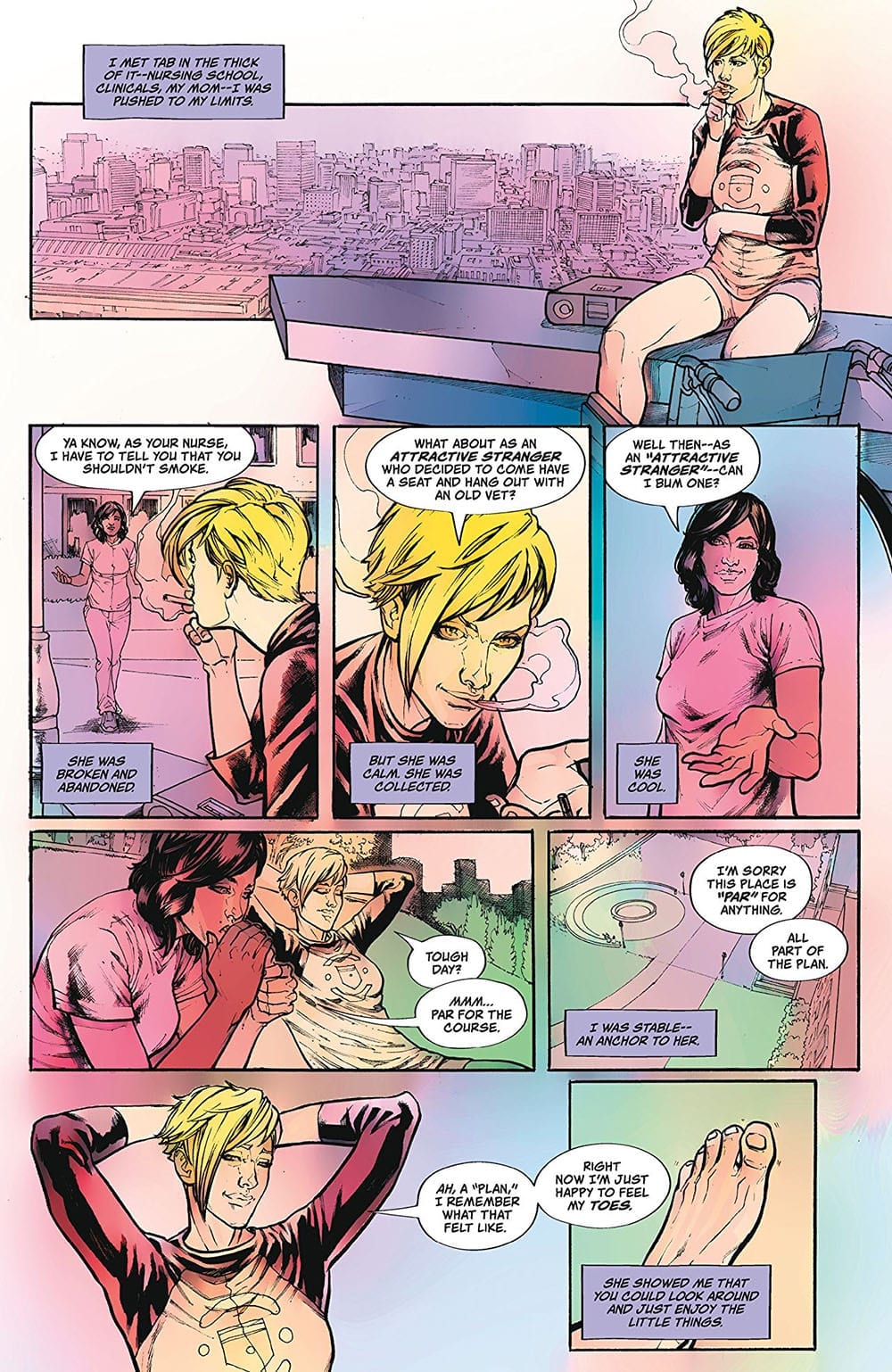 Once again, Philip Sevy rocks the character development in a story that is, ironically, about three alternate-universe versions of the same person. We get a little bit of backstory on Orbit, which explains to us why she’s so cocky, and we meet some of the people that matter the most to Marco. In an especially exciting turn of events, Tab ends up being teleported to Marco’s world along with the trio, and it is fascinating to watch a character deal with the knowledge that they’re not the main character in the story in which they find themselves. Combine that with Evie’s conviction that she doesn’t belong at the center of a story and you get one hell of a tense relationship dynamic.

This issue is a lot more emotional than it is action-packed, which is not a bad thing for a character builder as good as Sevy. However, one thing about this comic that did stand out was just how much internal monologue there was on each page. That’s not to say that the dialogue Sevy writes for inside his character’s brains is bad, just that it’s a little distracting from what’s going on. When the reader’s eye is so focused on reading all that info, it’s possible to forget about the (breathtaking) landscape images that Sevy provides of Marco’s world. 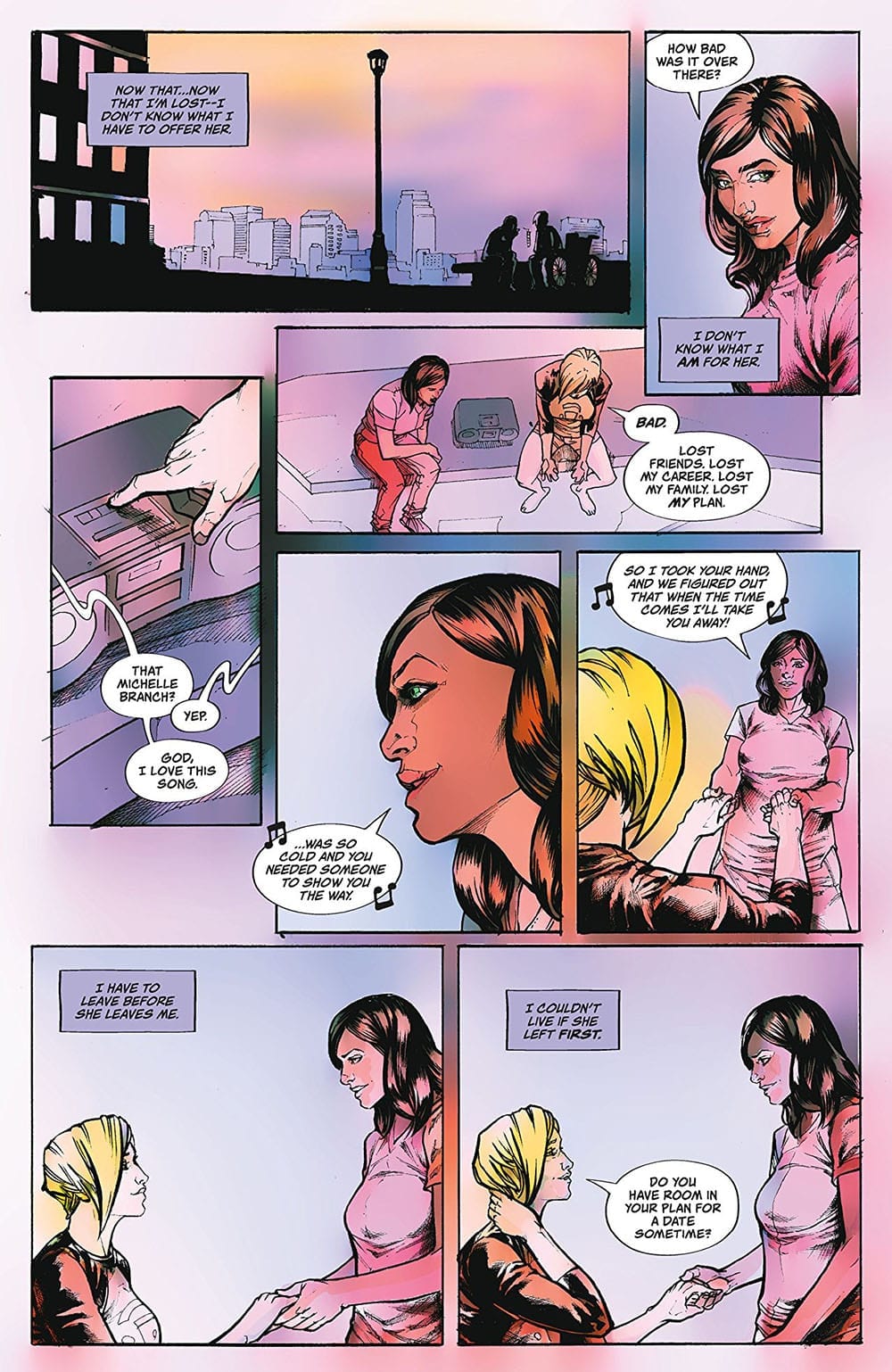 What’s ironic about this is that Sevy already does such an incredible job conveying his characters emotions in the way he draws a page. Sevy uses facial expressions like Mike Mignola uses ancient statues in a graveyard: they populate the page to set a mood, not just to fill in the image of what’s happening in a scene. Characters faces appear outside of dialogue scenes, giving readers the pain they’re going through. It’s a useful storytelling tool that can’t work anywhere outside a comic book, proving that Sevy doesn’t just know his characters and his sci-fi, he knows his medium. 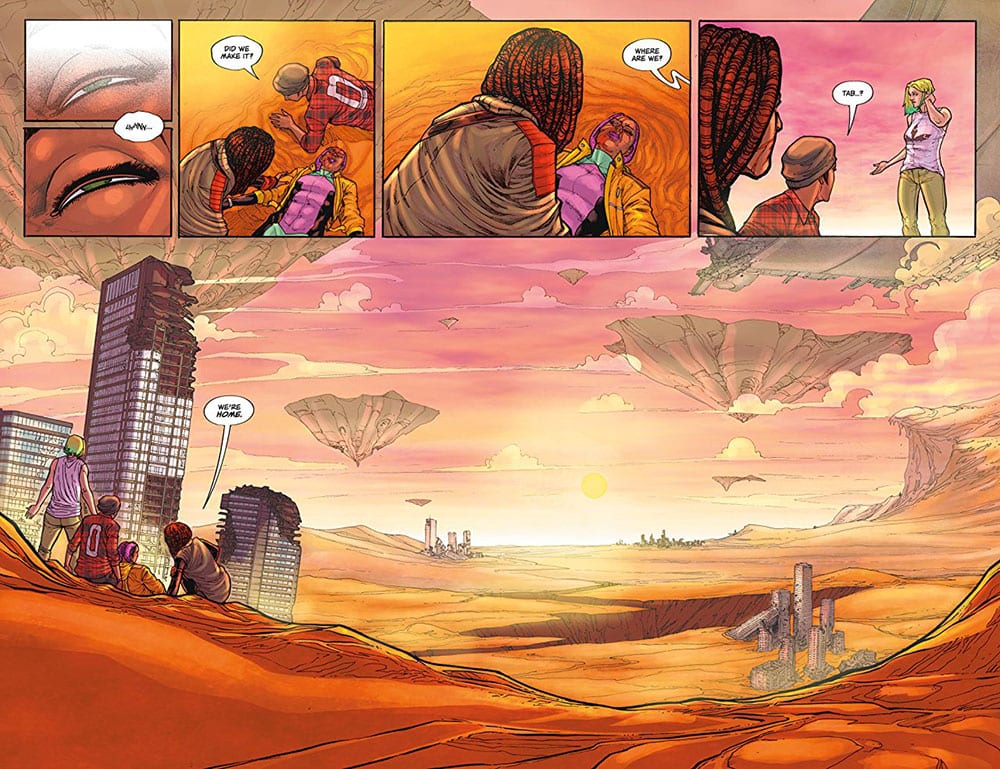 The only component of this book’s pages that doesn’t have Philip Sevy’s name on it is the lettering by Frank Cvetkovic, but that doesn’t mean that Cvetkovic’s work isn’t seamless. Cvetkovic can convey sound and emotion in his work without distracting from the page at all. A character’s screams look just as in-place as weird alien technology or a superhero outfit. With so many different types of textual information that make up this story, from dialogue to thought boxes to digital messages, this is an impressive feat. 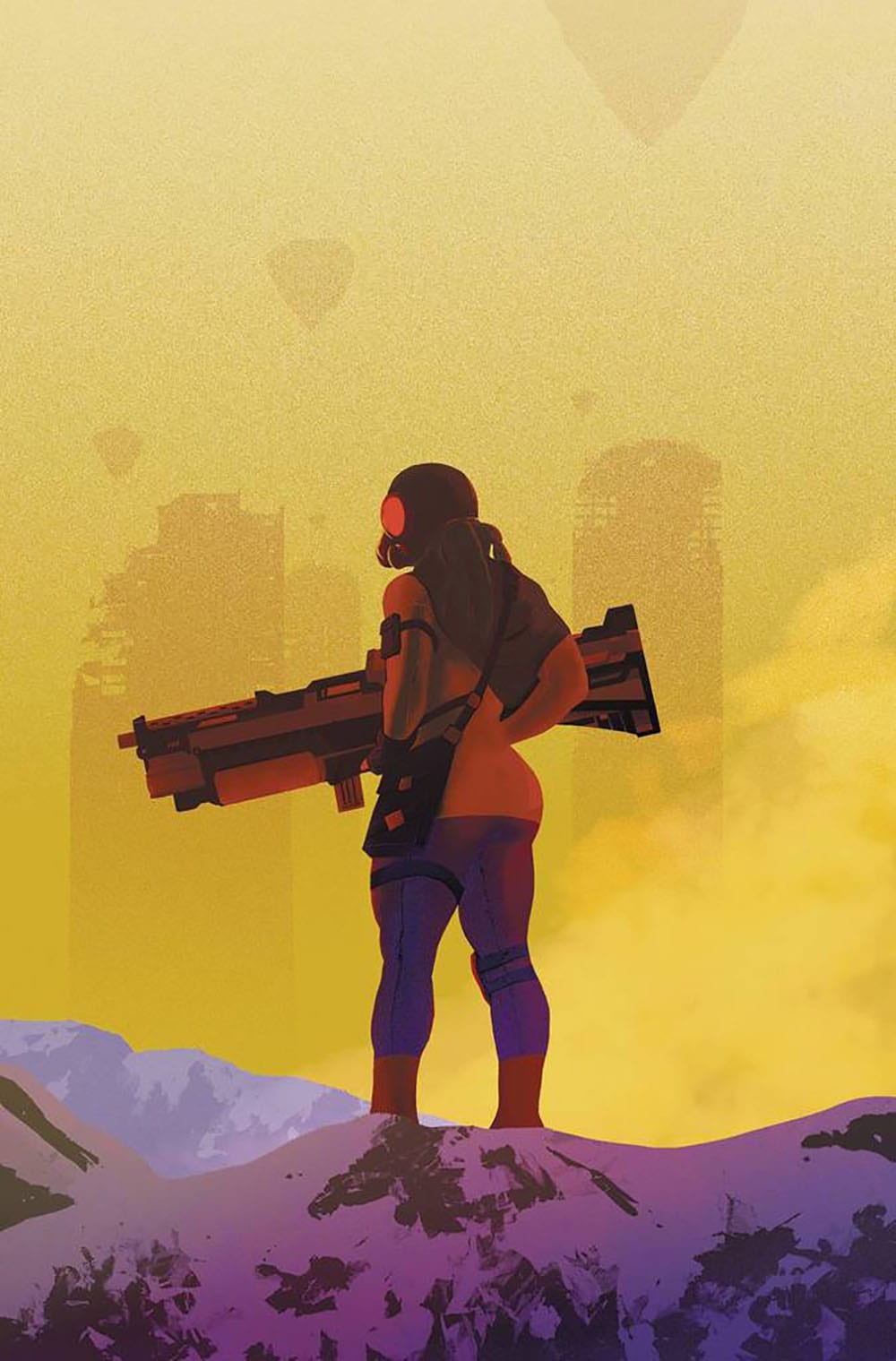 Triage shows absolutely no sign of slowing down after issue three, but that doesn’t mean what’s going to happen next is at all predictable. It is a pull-no-punches, logic-challenging tour de force across a weird universe that you can’t help but get sucked into. The only thing that matches how much a reader will feel for these characters is how dangerous their situation is getting. If that sounds like your kind of entertainment but you haven’t started this series yet, we can’t recommend Triage #3 enough. But we’ll warn you: just like Evie, Orbit, and Marco are linked when they travel, we think picking up this issue will have Triage #1 and #2 coming to your collection as well.

Triage is a pull-no-punches, logic-challenging tour de force across a weird universe that you can’t help but get sucked into.Review: Philip Sevy's TRIAGE #3 is an Emotional Trip into Sci-Fi & Psyche