If you can’t tell just by his striking covers, Phillip Sevy’s Triage, lettered by Frank Cvetkovic, is one of the weirdest, most captivating sci-fi comics to hit shelves in a while. Issue One created quite a buzz on comics Twitter and, for many comic fans looking for original comic storytelling, cemented the book as one of the most interesting Dark Horse titles this year. Now, Triage returns to stores with Issue 2, and whether you were one of the people who started with Issue One, or you just want some damn good sci-fi with really breathtaking art, you’d be wise to check it out. Read on to learn why. 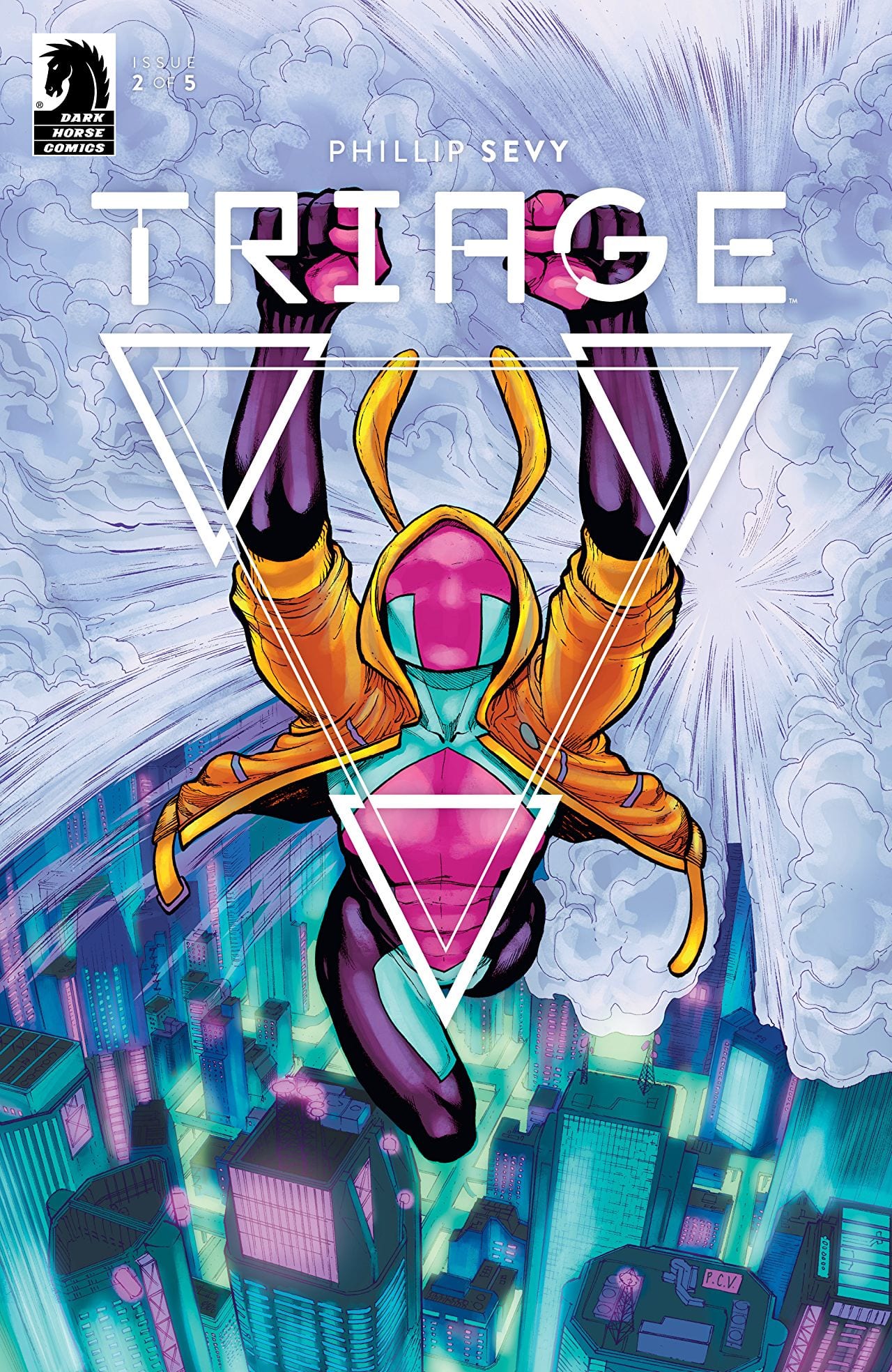 Triage picks up with our protagonist, Evie, as she tries to come to terms with what she has just learned. First, there are two parallel-universe versions of her. One is a superhero called Orbit, the other is a post-apocalyptic soldier named Marco. And the second thing Evie learns is that, whatever the reason for their universes crossing paths, something wants all three of them dead. Now, Evie must save the wounded Marco, figure out some way of evading the mysterious “Hunter” that is after them, and oh yeah, explain all this to her girlfriend. Fingers crossed one of her alternate versions is a couples’ counselor.

Once again, Phillip Sevy knocks it out of the park with his unraveling of a cosmic mystery plot line. He gives us the information we need to know as the same time as the characters do (for example, the trio figures out how they can feel The Hunter coming). But Sevy’s good about not revealing so much that it spoils the intrigue of the comic. We still only get hints at the larger story going on, including a potential explanation of the science behind it. Sevy walks an engaging line between explaining complex sci-fi and keeping the reader in suspense, a really impressive feat in a story that relies on high concepts.

And since the story isn’t crammed with exposition, Sevy’s characters have room to interact and grow. Readers will especially like getting to know Tab, Evie’s girlfriend, who is both a great reality check for the insanity of this world and a valuable player once she accepts the rules. We also eat a little bit more personality out of the trio, three disparate personalities locked into the same impossible situation. For interactions that technically only one character, the trio’s dynamic is great. They make for a great, very cheer-able, team. 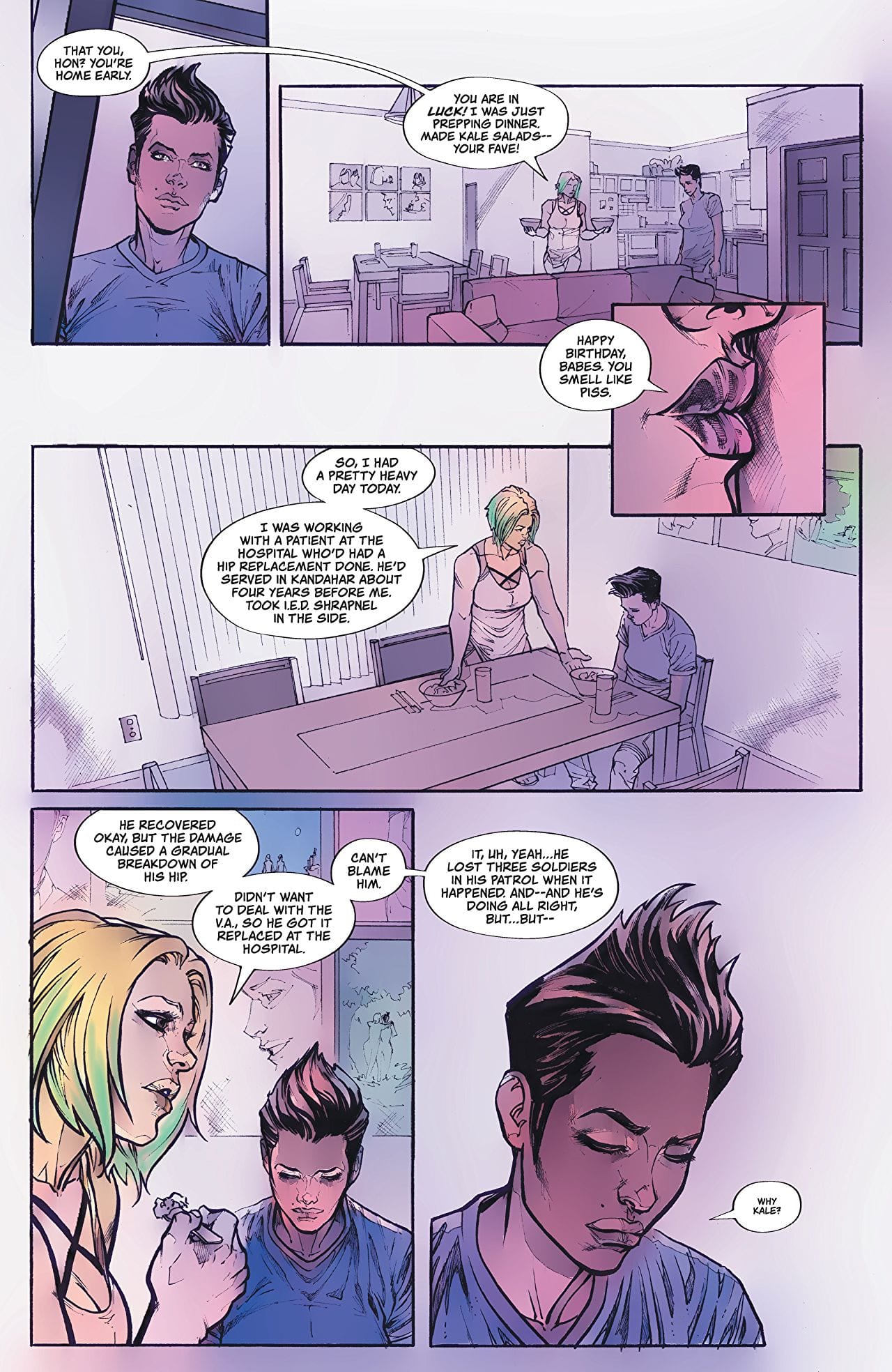 One final note on the story before we move on: it’s especially impressive that, for a story featuring a superhero, the superhero character doesn’t become the focus. Sevy makes it clear that Evie is out hero of this story, which is maybe the best mystery in the book. Why is Evie grouped with a futuristic soldier and superhero if she’s just a normal, human nurse? What’s so special about her? It’s that kind of unanswered question, kept at the forefront of this story, that makes both issues of Triage work so well. 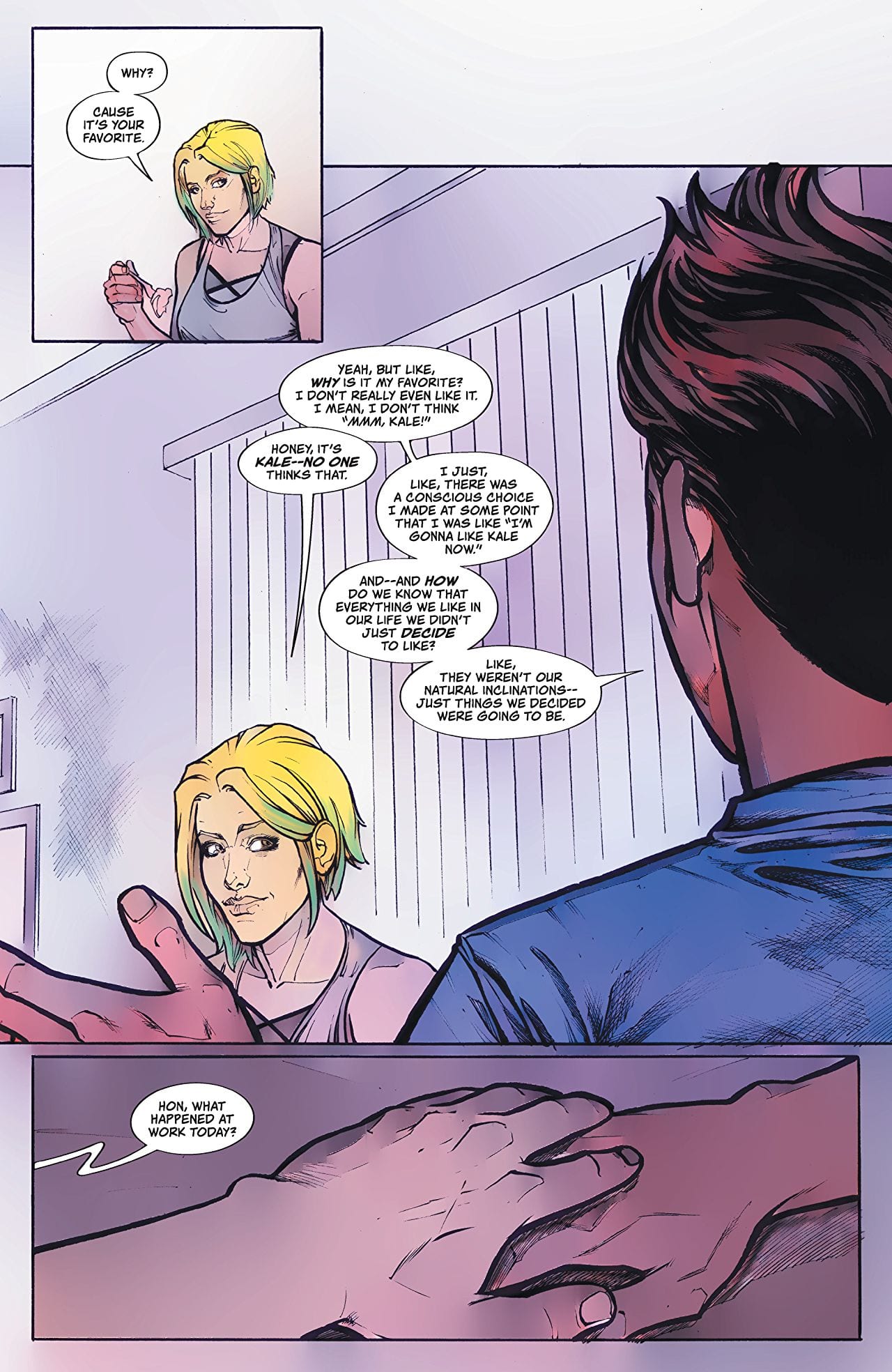 Of course, the reason many people came to Triage was the weird, purple-and-blue-hued art so well showcased on the covers. Issue Two doesn’t feature much of the surreal, dreamlike mid-dimensional plane that made Issue One so eye-catching, but It does make up for that in other ways. The action sequences are especially good in this issue, especially where Orbit is concerned. Sevy also does a great job conveying the emotions of his characters in smaller moments, so whether you’re watching a superhero punching an assassin or a couple having a difficult conversation, there’s always something about this art to pull you in. 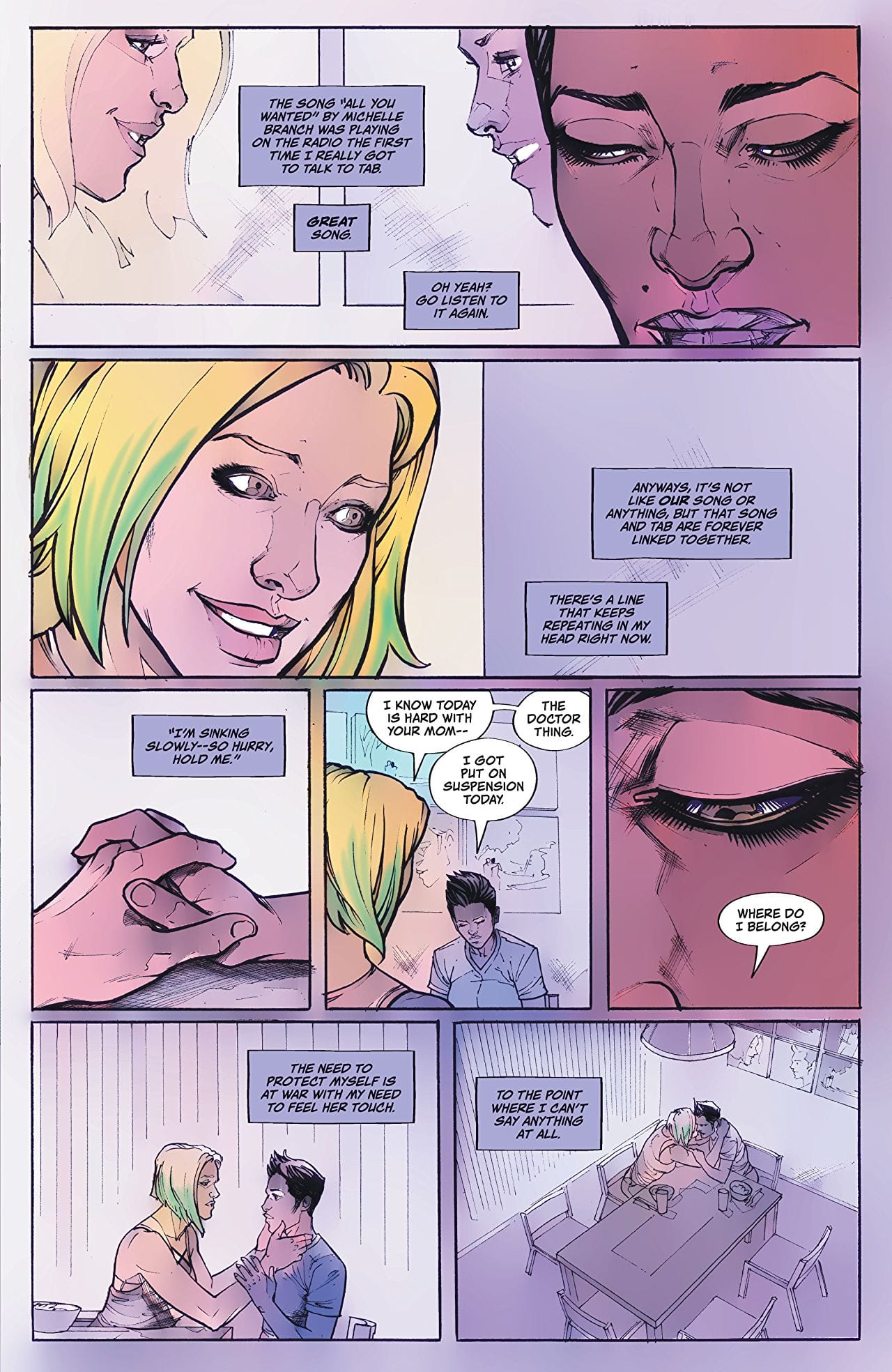 Triage continues to be a resonant, engaging story with some refreshing sci-fi concepts and some very relatable characters. In fact, it’s tempting to wish the series would be an ongoing, even though Sevy’s absolutely knew what he was doing in making it a limited run. Still, there’s a giant world (in fact, multiple worlds) within the pages of Triage. Dark Horse would certainly not be making a mistake in returning to it after this series is over.

If you can’t tell just by his striking covers, Phillip Sevy’s Triage, lettered by Frank Cvetkovic, is one of the weirdest, most captivating sci-fi comics to hit shelves in a while. Issue One created quite a buzz on comics Twitter and, for many comic fans...Review: In TRIAGE #2, Phillip Sevy's Characters Shine