At first glance, Phillip Sevy’s Triage (soon to be released by Dark Horse Comics) might seem like several different comics accidentally printed together. The styles and moods of the different pages almost lack a connection. But read on, and you’ll find that this strong, surreal weird-fiction adventure is beautifully and intricately connected in the most satisfying ways, hinting at a story that is both as big and breathtaking as the scope of the first issue itself.

Our story begins with Evie Pierce, a clever nurse leading a straight-forward, perfectly average life. Evie goes through the familiar daily struggles of every young professional. She deals with work and relationship drama, questions her purpose. Suddenly the story takes a turn, introducing us to Orbit, an over-powered, over-confident superhero and public figure. Orbit’s life is the opposite of Evie’s; while our nurse deals with the uglier parts of another person’s pregnancy, Orbit takes on a massive robot wreaking havoc in the city. The scenes end and we the audience search for a connection. Why are Evie and Orbit focal points of this story? And who is the gas-masked rebel we meet next, living in some post-apocalyptic wasteland? In just a few introductory pages, Triage sets up stories that could stand on their own as a great new title. Luckily for the reader (though maybe not so much for the characters), what appears as three stories is really just one. Massive, far-reaching, but cohesive.

For a story that is definitely complex, the first issue of this book makes for an engaging, followable read. This is mostly because Phillip Sevy, auteur of Triage, has incredible control over his narrative. He releases just the amount of information we need to know in any given scene through his dialogue, but manages to keep it grounded and not overly expositional. This achieves two pretty impressive things: 1.) it keeps the reader’s interest in the mystery, going into sparse character detail to make us turn pages while sparing us awkward world-building. And 2.) it lets his art absolutely sing.

A Symphony of Strange Sights

That’s not being hyperbolic, reader. There’s a strange, alien music to Sevy’s art that makes Triage worth the cover price and more. Fans of either Phillip K. Dick or Salvador Dali with both find something fascinating about his otherworldly imagery, how it moves on the page and dances between literal hard-sci-fi tech and abstract dreamscapes. Sevy takes on the lions’ share of his book, contributing both the pictures and the words that make Triage, and the seamlessness of their matching makes difficult ideas easy to convey, like in the more ethereal issues of Hellboy or some of the best Sandman stuff. Weird-fiction fans should of course pick up this book, but so should anyone interested in seeing a well-constructed comic.

If there’s one thing not terribly revolutionary about Triage, it’s the coloring. The book is made up of neon purples, pinks, and blues, reminiscent of an 80s VHS logo. It’s not that the colors are poorly done, just that a readership who’s seen promo pics for Stranger Things, Atomic Blonde, or even a couple episodes of Riverdale won’t find anything new about the retro tones. That said, the colors do fit the images appropriately. In fact, that might be the problem. When the obvious choice for how to color an image is as commonplace as it is now, it could have been cool to see some thinking outside the box. But hey, if so many people are using those colors, it must be because they’re interesting, right? You can’t fault Triage for that. 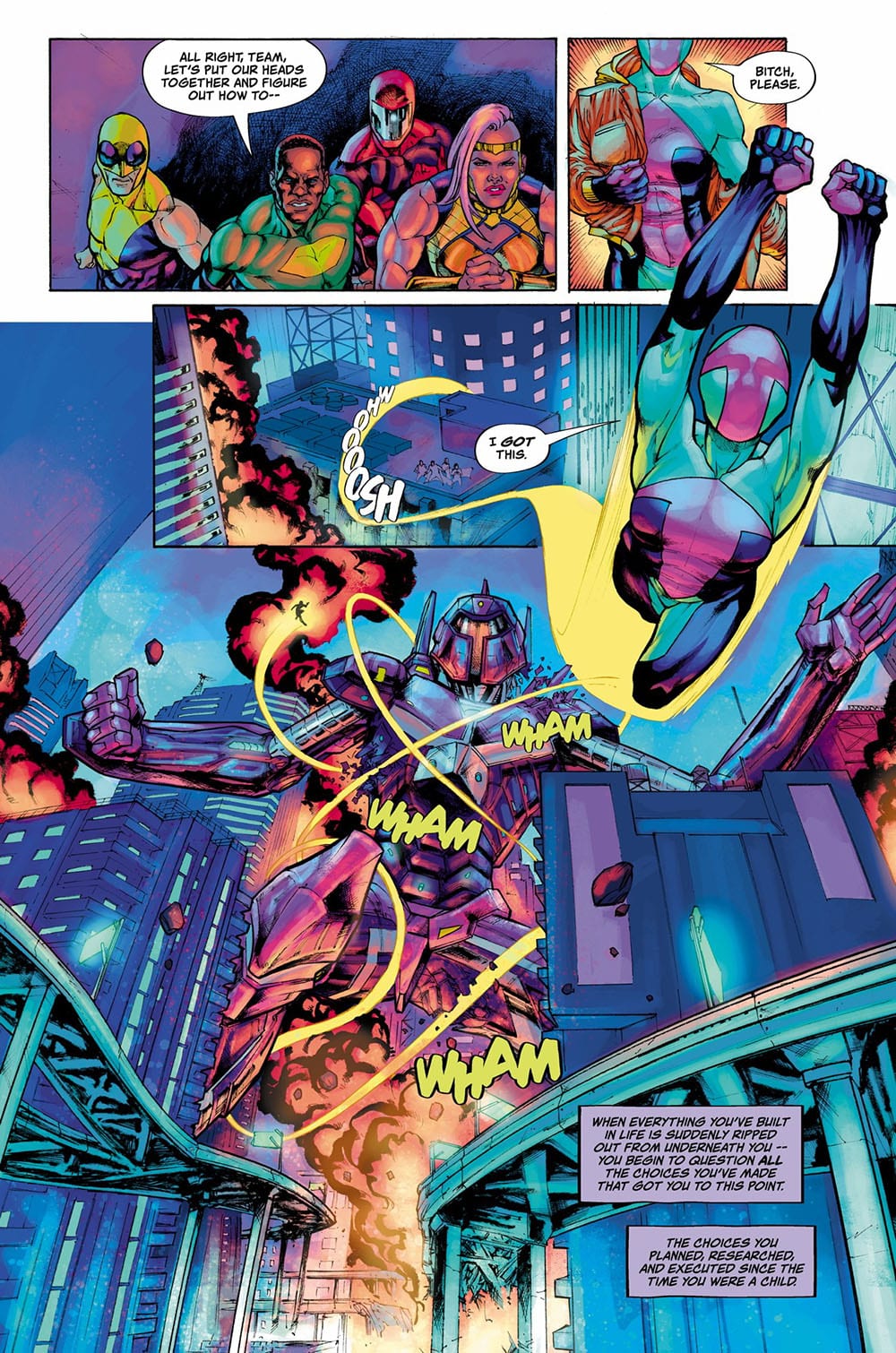 Weird-fiction is experiencing a revolution right now. Trippy episodes of Black Mirror and films like Annihilation are making everyone reconsider their perceptions of the sci-fi and fantasy genres. Comics of course are part of that march, and Dark Horse’s upcoming title is in the vanguard. You can pick up Triage at your local comic book store September 4th, make sure you don’t miss out. There’s a fascinating future contained in the first issue of Triage, don’t get left in the past.

For more comic reviews like this one, keep an eye on Monkeys Fighting Robots.

TRIAGE #1 from Phillip Sevy and Dark Horse is for anyone looking for high-concept story told through high-weirdness art.Review: TRIAGE #1 Is Strong & Surreal SciFi via Phillip Sevy