When Fluttershy and Discord’s tea time is interrupted by Soundwave, it’s robot logic vs. whimsical chaos! And Rainbow Dash, sure that she can fly faster than any Autobot can drive, finds herself in a race with the one and only Windblade. 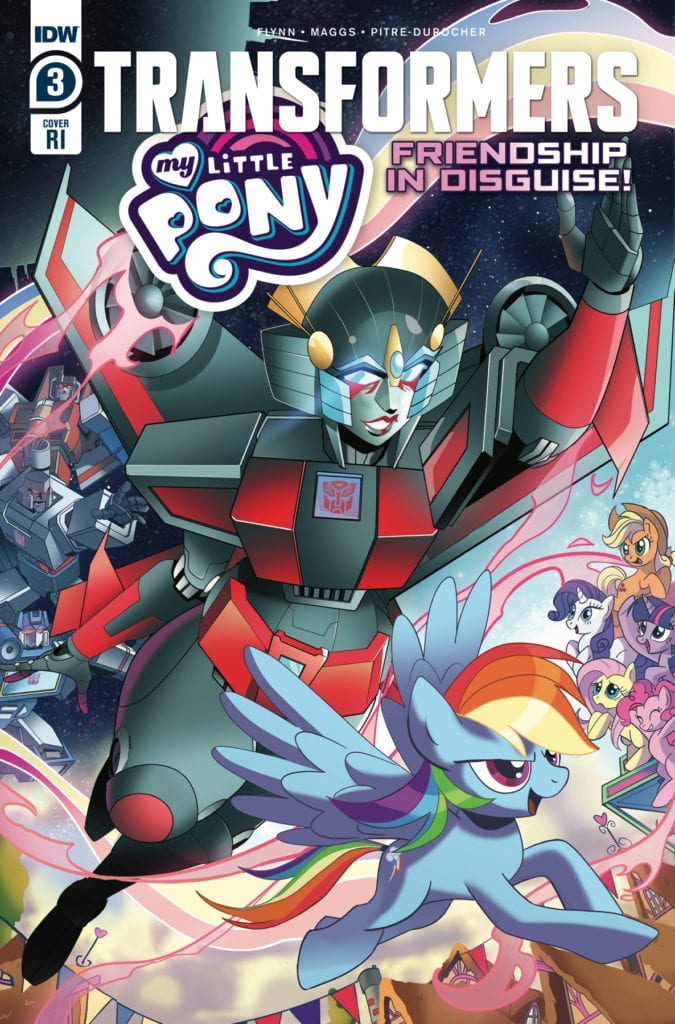 “Pet Sounds” by James Asmus has Soundwave meetup with Fluttershy. The results are amusing as Fluttershy thinks to Ravage and the rest of the cassette robots are Soundwave’s pets. Seeing Rumble get annoyed at the kindness is hilarious and in keeping with the humor Asmus laid out in the first issue of the mini-series. 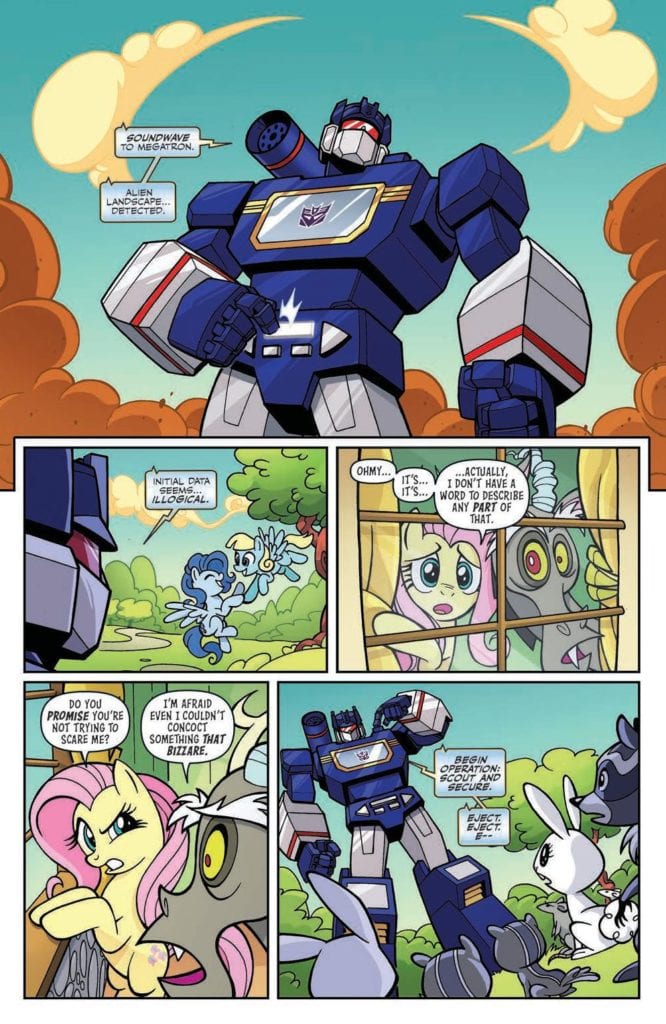 The pencils and inks by Jack Lawrence and Priscilla Tramontano help to enhance the stories they are trying to tell. Lawrence’s work helps with the comedy scenes especially as Discord faces off with Soundwave. Meanwhile, Tramontano captures impressive speed effects as Rainbow Dash and Windblade race and sneaks a cameo in of the two horse-based Transformers: Mach Kick and Battle Unicorn. Even though its just one panel, it’s still worth noting they took the time to make sure it was in the mini-series.

The colorwork by Luis Antonio Delgado does double duty by magnifying the most important elements of each story. With “Pet Sounds” careful attention is paid with coloring to ensure the comedy moments land. Meanwhile in “The Flying Fox Trot” Delgado ensures the speed effects emphasize just how fast Rainbow Dash and Windblade are going during their race. 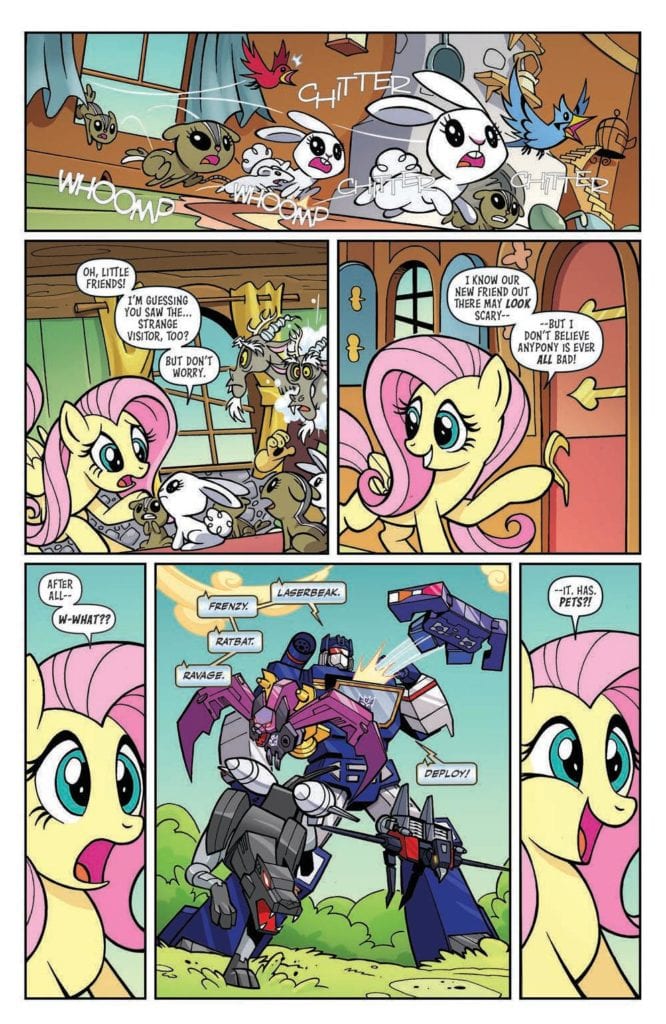 The lettering work by Jake M. Wood And Neil Uyetake makes sure to help with both of the stories. Wood and Uyetake pull off the use of sound effects with a variety of fonts specific for what each panel needs. They also ensure the effects don’t distract from the panels they are in and only help with helping to tell the story.