Review: MY LITTLE PONY/TRANSFORMERS #1 Is A Childhood Dream Come True

My Little Pony/Transformers #1 by James Asmus, Ian Flynn, Tony Flees, Jake M. Wood, Jake Lawrence, Luis Antonio Delgado, and Neil Uyetake brings two of the biggest franchises together for an entertaining experience. The prospect alone makes for an intriguing read, as one of the most recognizable Sci-Fi series crosses over with one of the most popular Fantasy series in recent years. Luckily for the fans, the issue is more than worth the purchase price.

When Queen Chrysalis casts a spell looking for more changelings, she accidentally interferes with a malfunctioning Spacebridge! What’s this mean for our favorite fillies? There are suddenly a bunch of Autobots and Decepticons in Equestria! 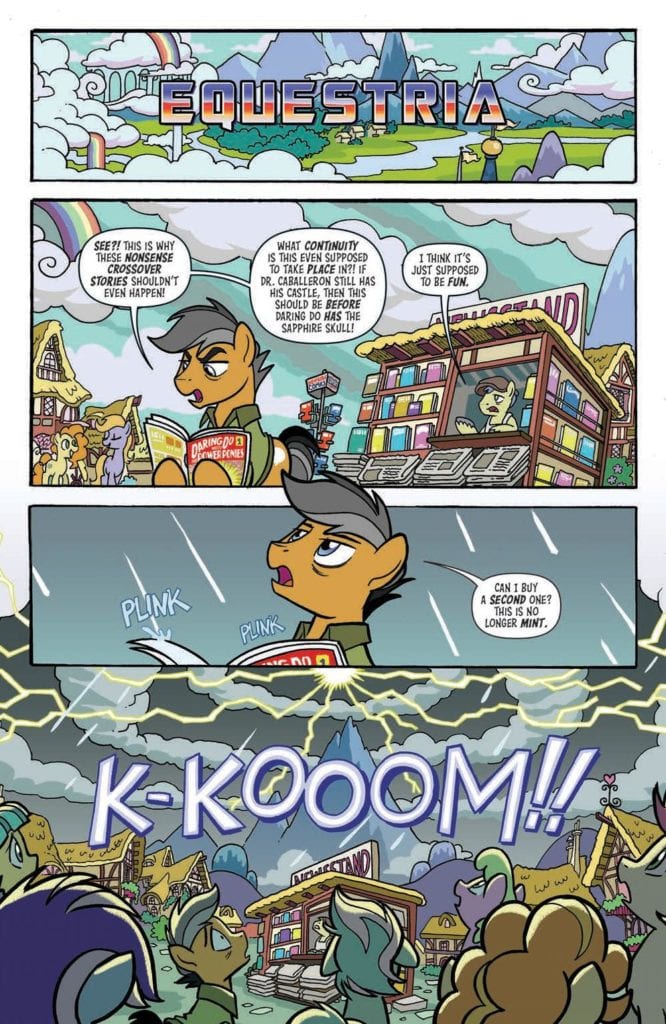 The issue offers two stories from different writers. The first one, “Transformation is Magic” by James Asmus makes it a point to set up the entire mini-series and let the reader know not to take the story too seriously. Just enjoy the fun of it. The many winks and nods in this story are very welcomed and are genuinely hilarious. Making sure comedy lands in comics is no easy task but Asmus manages to pull it off.

The second story, “Shine like a Diamond” by Ian Flynn focused on how the characters from the two franchises will interact with one another. Here, Rarity and Arcee have to team up to defeat Starscream. Though one would think a more flamboyant Autobot like Tracks would fit with Rarity, the story conveys the pair finds a way to work together for their goal. The story works well and sells the idea this mini-series is worth checking out. 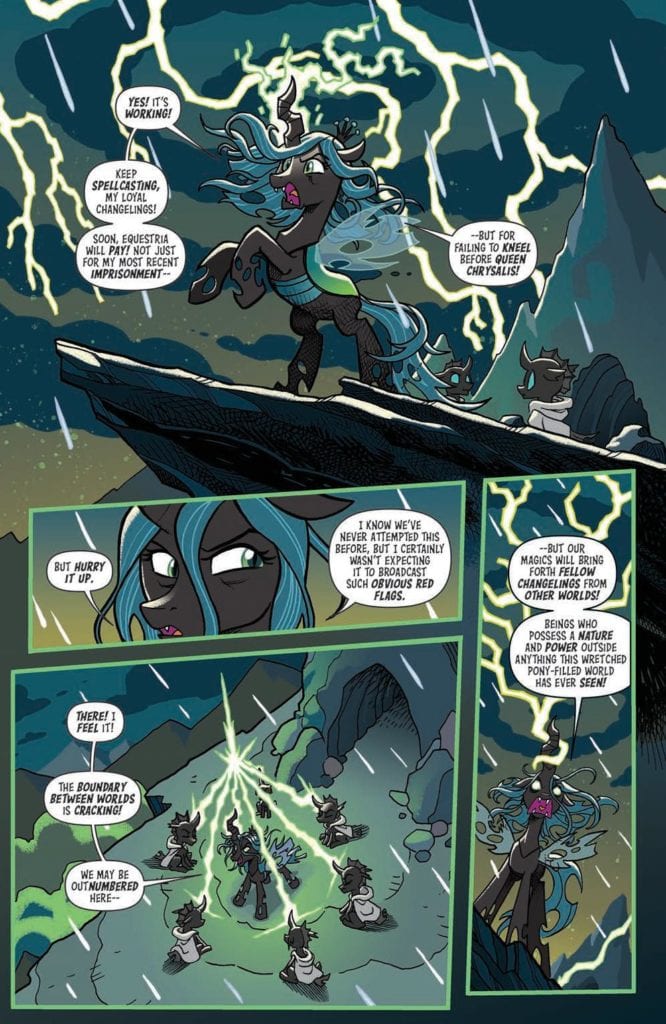 The artwork by Tony Fleecs and Jack Lawerence well with each of the stories they are helping to tell. With Tony Fleecs his artwork helps to present the more comedic aspect and deliver the jokes of the first story. Meanwhile, Lawrence’s work offers a sharp look for Arcee as she fights with Rarity offering back up.

The coloring by Tony Fleecs and Luis Antonio Delgado compliments the pencils and inks they are working with. Tony Fleecs’ color finds a way to accentuate both the magical and scientific effects as the Autobots are drawn to Cybertron thanks to the spell of Queen Chrysalis. With Delgado’s work it’s impressive how the sharper color of the Transformers is mixed seamlessly with the softer colors of the Ponies without it coming off as distracting. 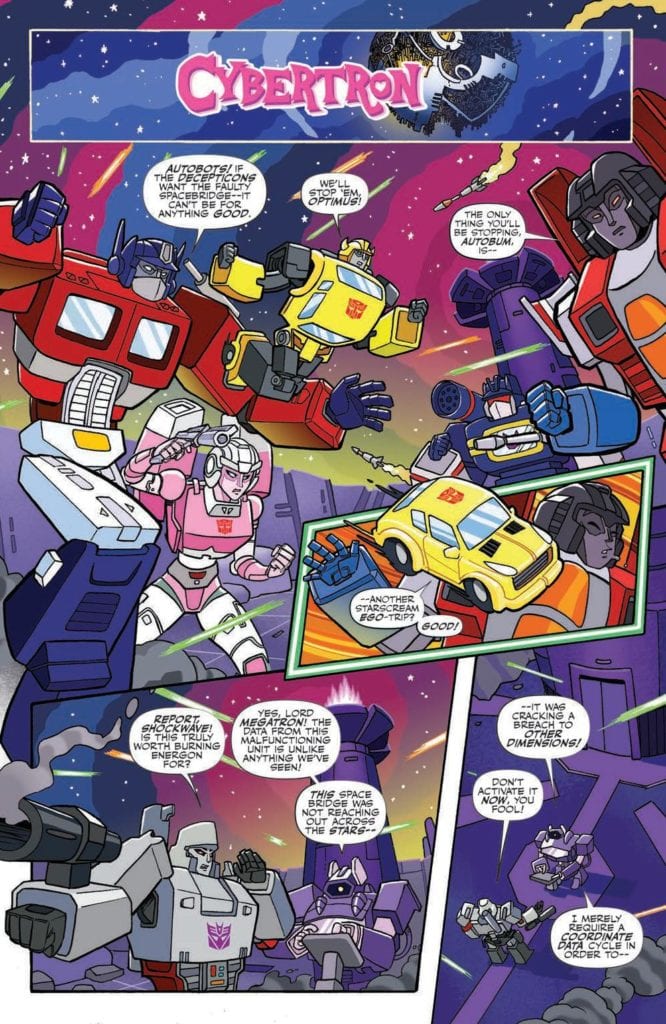 The lettering work by Jake M. Wood and Neil Uyetake conveys a powerful auditory aspect to the issue. The work by Wood offers fantastic placement of word bubbles resulting in perfect delivery of the jokes being told. Meanwhile, the lettering by Uyetake works to compliment the action scene as Rarity and Arcee take on Starscream with sound effects adding to the flow of the panels.

From the very beginning of the issue, My Little Pony/Transformers #1 makes it clear fans are supposed to have fun with this series. Luckily there is plenty of fun to be had in the issue between the comedy and how well the characters interact with each other. It will be amusing to see the other ponies and Transformers interact with each other in the other three issues of the mini-series.

To put it simply, this crossover is pure joy. Review: MY LITTLE PONY/TRANSFORMERS #1 Is A Childhood Dream Come True