Sydney Duncan and Natalie Barahona’s Civil-War era revenge series “Kill Whitey Donovan” nears its end with issue #4, and its approach is one of foreboding. This is an issue rife with internal character tension and more close escapes, all the while mounting towards an ending paved with mythic references. Duncan’s writing hits new poetic heights while Barahona’s stellar work maintains its gorgeous and moody aesthetic for yet another engrossing chapter of this series.

“The mysterious Oracle Jones, an Underground Railroad ”conductor,” claims to know the whereabouts of Hattie’s mother, whom he helped escape years ago after she was sold off by Old Man Donovan–and he says he can help Hattie find her.
But the women are close to Atlanta, and Anna can almost taste her revenge. Will this new revelation cause the unlikely pair to split for good, and if so, can Anna possibly kill her fiance without Hattie’s help?” 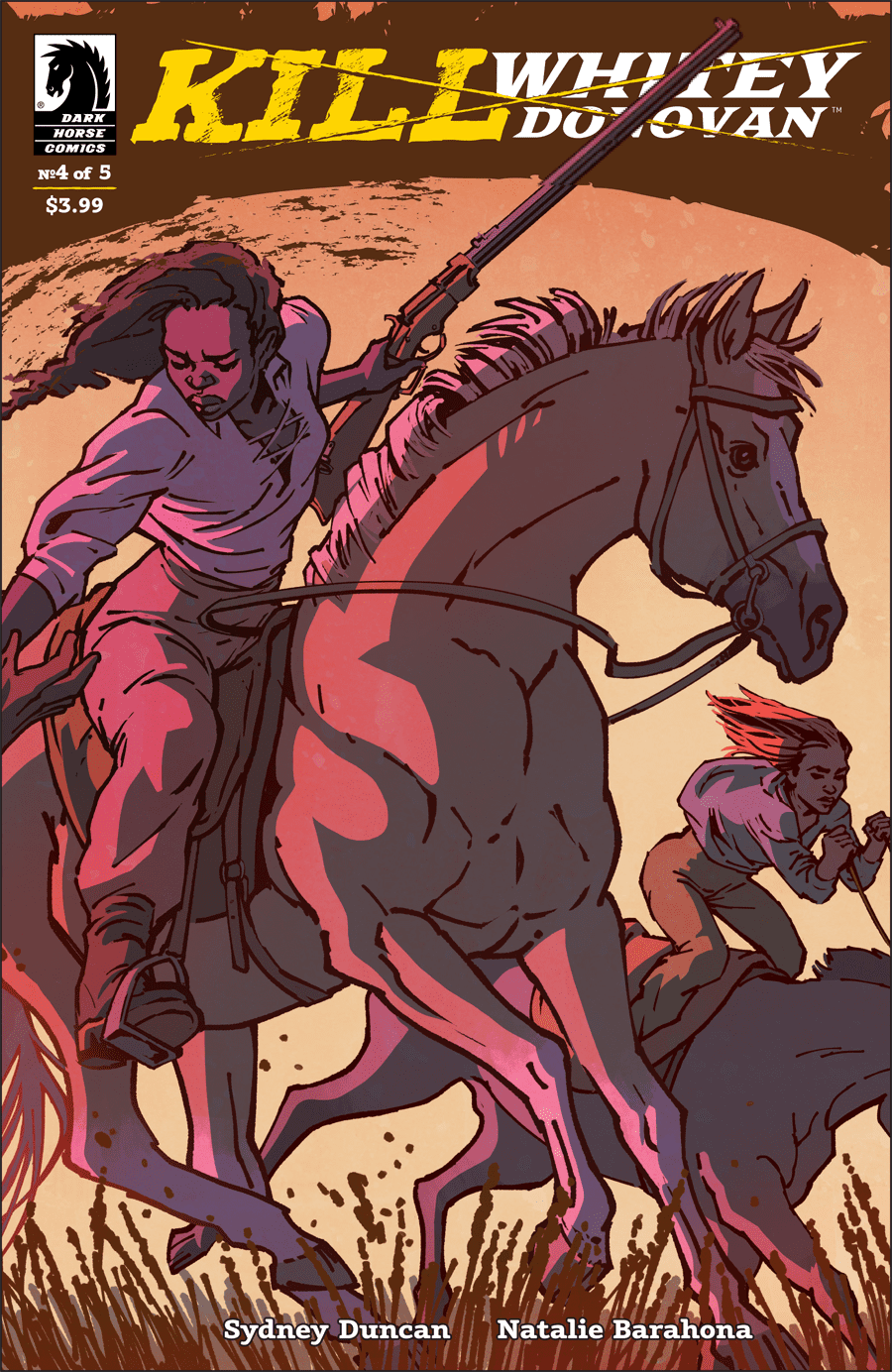 Sydney Duncan‘s writing on “Kill Whitey Donovan” #4 takes the artful yet naturalistic style of her work on this series and adds a layer of mythical foreshadowing to the plot. This issue includes intriguing character conversations and revelations that will no doubt keep the reader engaged while also including yet another intense and stressful escape sequence. The inclusion of a one-eyed newcomer with some much-needed knowledge for one of our two lead characters offers more of that grim foreshadowing that’s been discussed, while also giving the pair a much needed helping hand. Duncan’s usual excellent pacing of dialogue and silence adds a certain poeticism to the mix for this issue, as the series draws closer to its finale. The final page here offers a warning to our tired and battle-hardened leads, and makes the wait for the finale a punishing one. 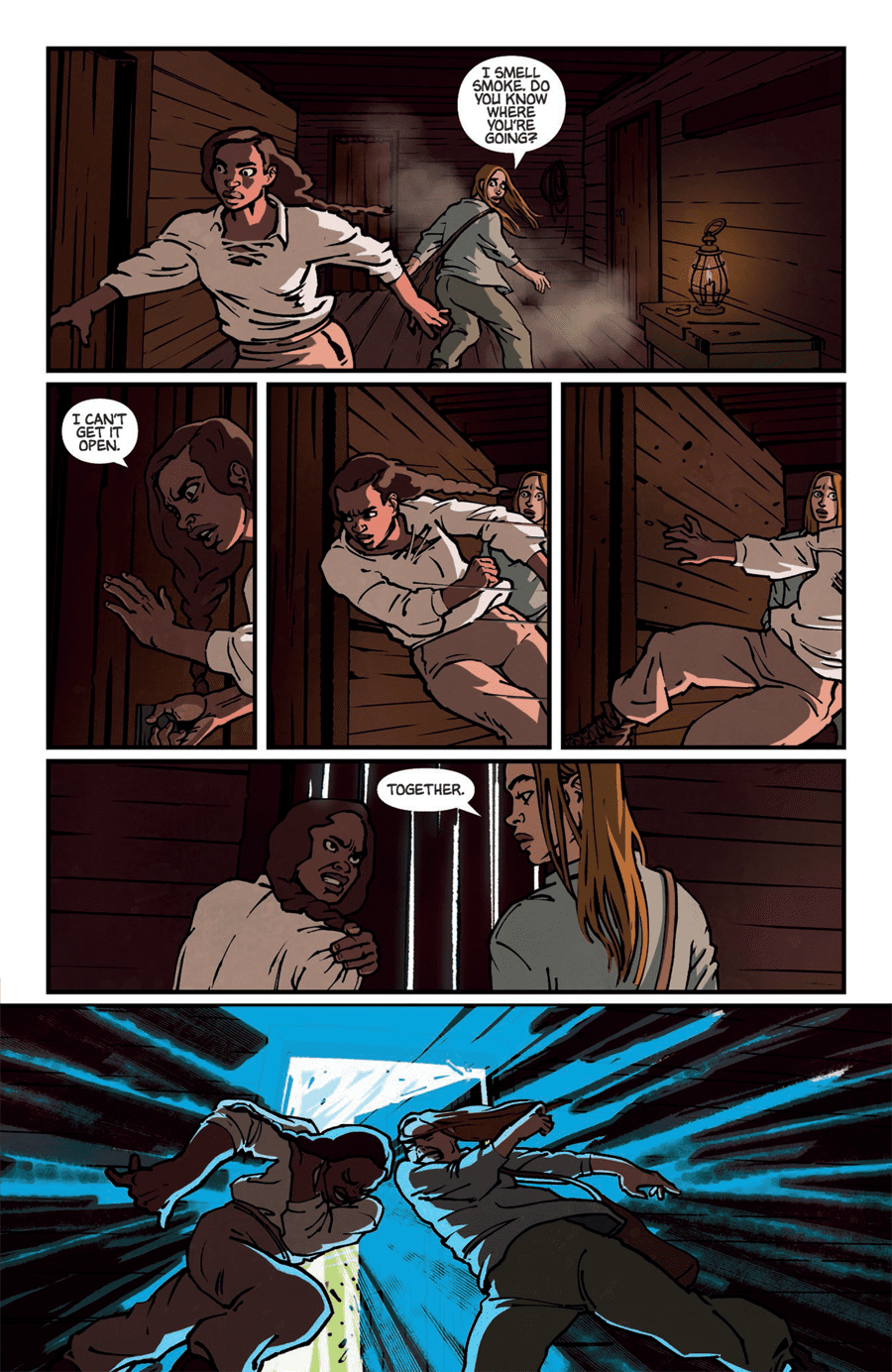 The stunning and dark artwork of Natalie Barahona has maintained the atmospheric vision of “Kill Whitey Donovan” beautifully for its entire length, and this fourth chapter keeps this trend going. The sharp character detail paints suspicion, determination, panic, and every emotion in-between on the cast in this tension-filled comic. The crisp linework and darkened color choice create stunning and professional-looking work that oozes with atmosphere. The lettering from Troy Peteri comes in a more standard font, but it’s easy to read and has careful bold points that make the processing of the dialogue an easy task. Once again, excellent visual direction to be found in this issue of “Kill Whitey Donovan.” 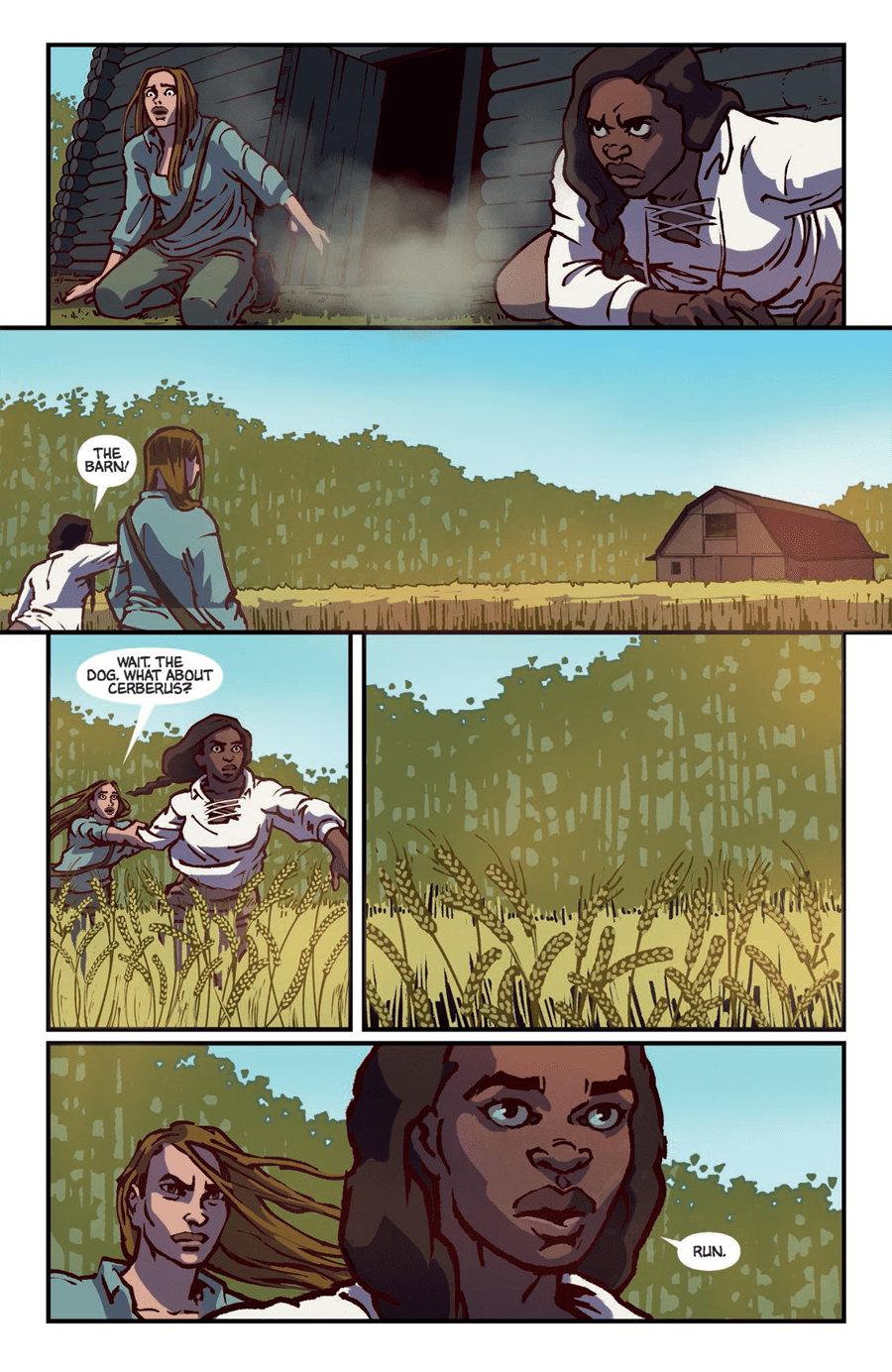 “Kill Whitey Donovan” #4 is a tense issue that looms the promise of the threat to come in its dark and poetic words. Duncan’s script mixes her artful writing with her knowledge of when to let the art and setting do the talking. Barahona’s artistic vision once again creates a gorgeous and atmospheric world that pulls the reader into its swamps and humidity. Wih only one more issue to go, be sure not to miss out on this excellent series when issue #4 hits shelves on 3/4!

- Advertisement -
1392
Find out how to get the
Monkeys Fighting Robots magazine!