Review: MY LITTLE PONY/TRANSFORMERS 2 #1 Is Still Just As Magical

My Little Pony/Transformers 2 #1 out this week from IDW comics features the return of one of the most entertaining crossovers in recent years. The magic cast of My Little Pony teaming up with the galaxy-spanning cast of the Transformers series. This magical crossover is made possible thanks to James Asmus (writer), Jack Lawrence (pencil and inks), Luis Antonio Delgado (colors), Jake M. Wood (letter), Sam Maggs (writer), Casey W. Coller (pencils/inks), Joana LaFuente (colors) and Neil Uyetake (letter).

While using a modified Spacebridge to bring magic to Cybertron, the Decepticons end up unleashing a more powerful evil from Equestria than they ever could’ve imagined—looks like the only way out of this one is to team up! 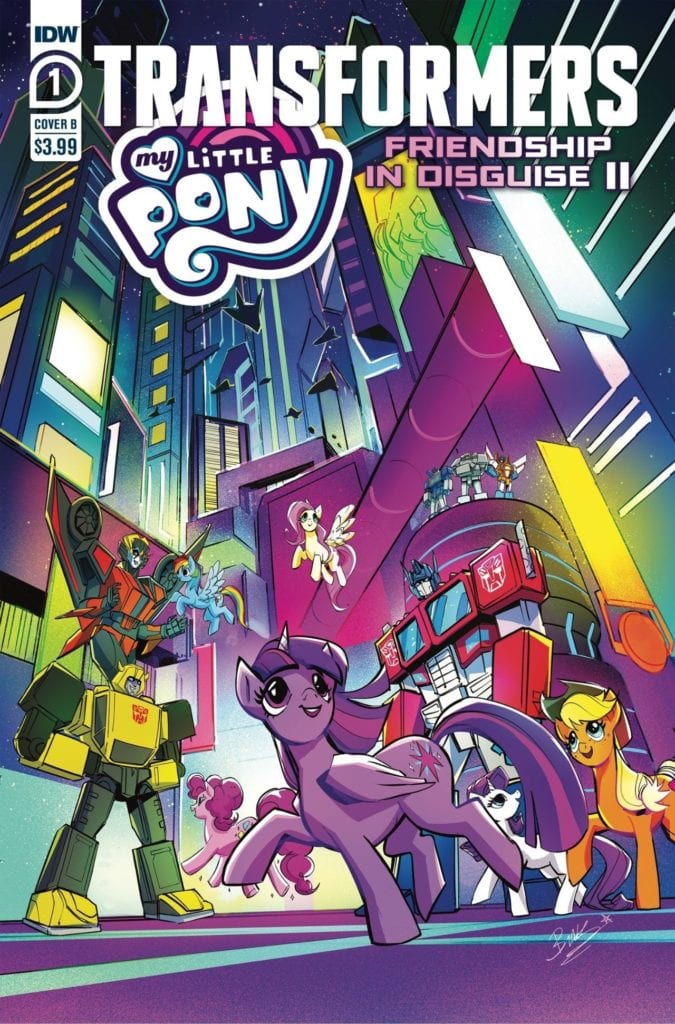 The story picks up from the previous miniseries. Basically, the Decepticons invade Equestria in an attempt to obtain magic. Things escalate fast as the Autobots come to the aid of the ponies only for the evil King Sombra to be released. With his own magic, King Sombra brainwashes many individuals setting up this new miniseries. This use of brainwashing and odd pairings will result in odd pairs moving forward. It already looks like Shockwave and Starscream will be pairing up with some ponies and going on adventures. Ridiculous as ever but this is what makes it so entertaining.

The first of the crossover and it’s an interesting pair. Furious Arcee and Greenlight meeting up with Scootaloo’s aunts. The ladies find themselves teaming up to take down a new threat. The peak of this story is the discovery of Scootaloo and her new friends. It’s incredibly heartwarming. 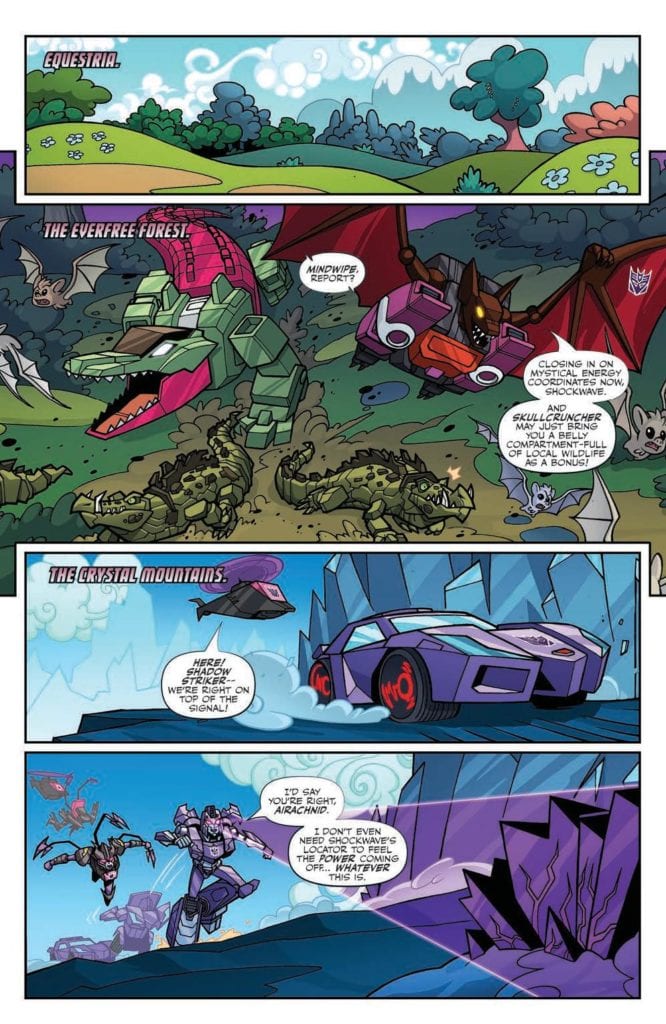 The art by Jack Lawrence in the first story “The Magic of Cybertron” has a nice whimsical style to it. The second story “A Real Mother” with art Casey W. Coller has a more defined look to it. Coller’s work results in a great one-page splash later in the issue.

The colorwork by Luis Antonio Delgado and Joana La Fuente adds different elements to their individual stories. With Delgado, the color helps to add to the mystical and scientific elements of the story. Meanwhile, La Fuente’s colorwork adds striking detail to each of the characters making them stand out even more. 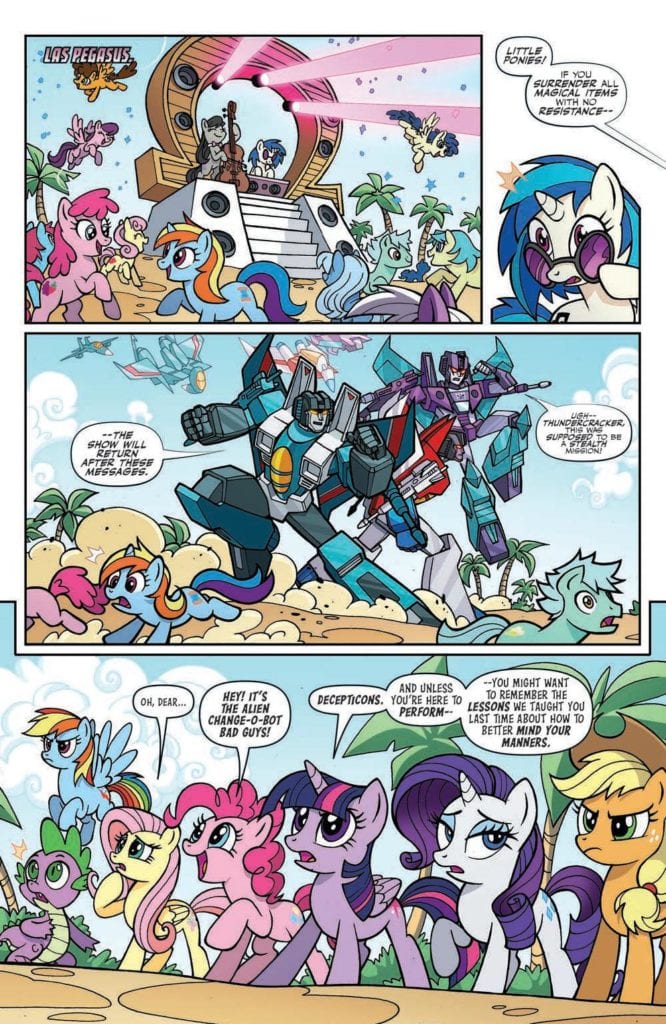 The lettering by Jake M. Wood and Neil Uyetake brings a great auditory aspect to the issue. A special shoutout goes to Uyetake for perfectly recreating the sound of what a Transformers changing from is. It’s a sound effect you hear as soon as you read it.

My Little Pony/Transformers 2 #1 is more of what fans want. Various ponies teaming up with various Transformers for some hilarious stories. Hopefully, fans will give this miniseries just as much attention as they did the first one. If they do the publisher will take notice and a third miniseries could be on the horizon.

Animated art and just as entertaining as the first miniseries. Review: MY LITTLE PONY/TRANSFORMERS 2 #1 Is Still Just As Magical