Created and edited by Caleb Palmquist of Endiku Studios, Modern Mythology: The Hero’s Journey retells classic hero myths set in the modern day. The anthology, which you can support on Kickstarter, collects 17 stories by 29 writers and artists from around the world. It also contains facts behind the myths, such as the cultural, historical, and storytelling traditions the tales come from. 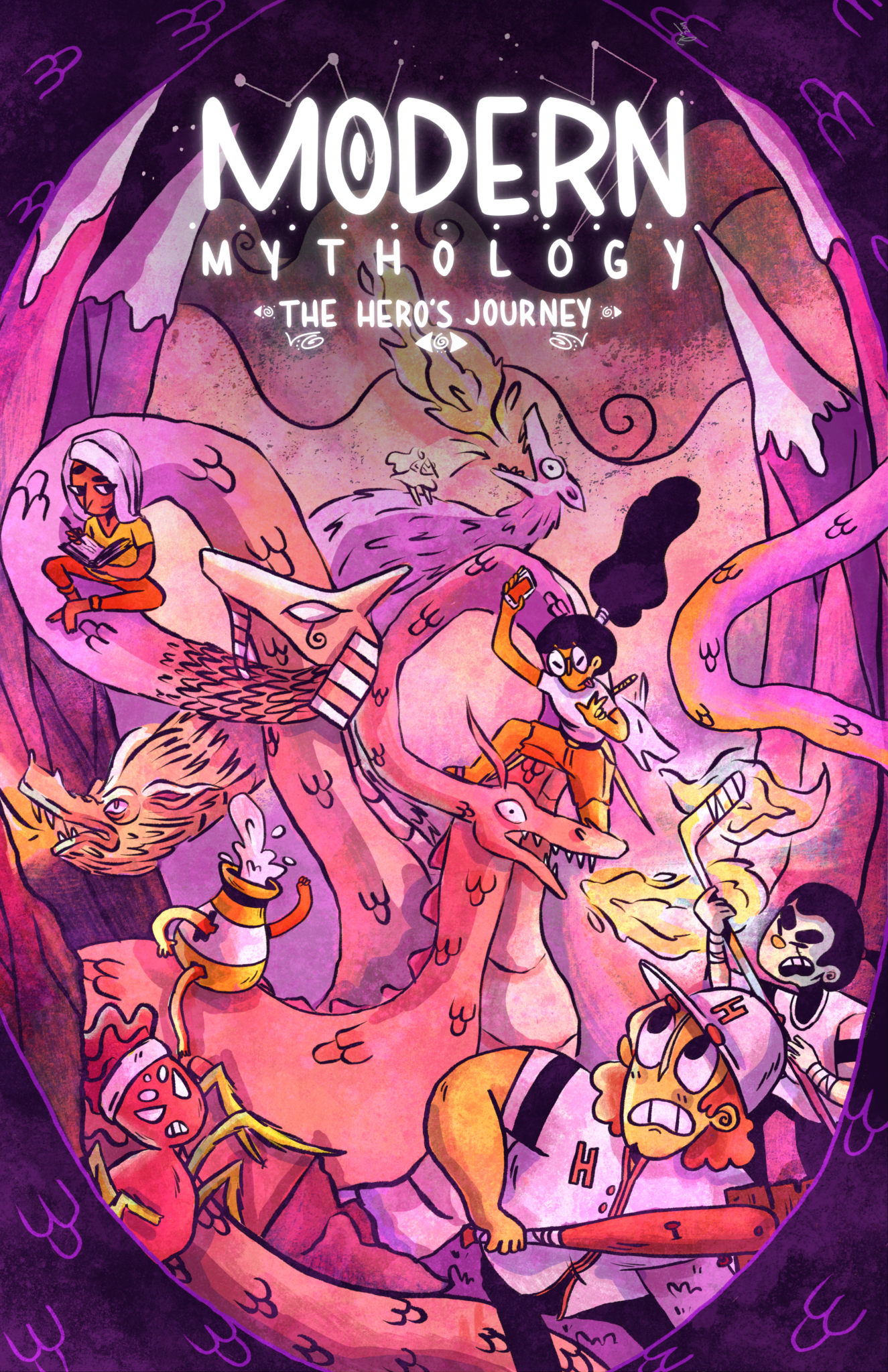 Seeing as the modern superhero is deeply rooted in the tales and mythologies of ancient Greece and Rome, it’s only fitting that a comic book is used to share new interpretations of these stories.

The people behind the Modern Mythology anthology manage to do so, crafting unique tones, styles, perspectives, settings, and genres around well-known mythos. For example, the story The Hunter and the Lion is a super-heroic action tale involving the African trickster God Anansi; the epic poem Beowulf is updated as a science fiction shoot-out; and you’ll also find a story of Hercules as a Cryptozoologist taking down poachers in the African Plains.

One such standout is Theseus, written by Russell Nohelty and illustrations by Nicolas Touris. The infamous Greek myth is about the eponymous hero who ventured through a labyrinth to slay the monstrous Minotaur. In the Modern Mythology update, Nohelty turns the classic tale on its head, making Theseus a dispassionate hipster who’s much more content browsing his phone than saving the people from a monster. The language used is humorous and telling about aspects of modern culture.

Another great example of modernized mythology in this book is Samson, written by Darby Shelton and artwork by Dee Parsons. It’s an update of the biblical legend of a man with tremendous strength, whose powers were weakened when his lover Delilah cut his hair. Only in this version, it takes a tragic accident and a haircut to make Samson realize his true strength. It’s a captivating tale with a powerful message, and a wholly unique spin on the classic tale.

The artwork in Modern Mythology is also a diverse display of style and visual storytelling. In Tristan, written and illustrated by Noah Mease, no dialogue is used to tell the update of the tragic romance. Instead, Mease uses a simple black and white style when depicting a young man eagerly waiting for a response to a sent text message. He then switches to a single-shade, inkblot style when the character imagines a potential future with the love of his life. The style is presented as if the inky tear of the person waiting for a response fell into water, and flowed and shifted into what he was envisioning.

Another example of great artwork in Modern Mythology is from Cuchulainn, written by Fallon Walker and illustration by Kirk McLaughlin. Walker offers a powerful story of a sniper at the end of The Troubles in Northern Ireland. But it’s McLaughlin’s artwork that makes this story truly captivating. He uses a shadowed and messy style to depict the conflict, reminiscent of the gritty noir artwork in Sin City. He adds a palette of dark browns and greys, like a dark cloud is hanging over each panel.

Modern Mythology: The Hero’s Journey is a wonderful showcase of diverse talents. It’s a love letter to the stories that inspired it.

You can reserve a copy of Modern Mythology: The Hero’s Journey by supporting it on Kickstarter, where you can also get exclusive artwork and other perks. You can also learn more about the project on its Facebook page, as well as on Endiku Studio’s website and Caleb Palmquist’s Patreon.

Which legendary hero would you like to see in Modern Mythology? Let us know in the comments!

Modern Mythology: The Hero’s Journey is a wonderful showcase of diverse talents. It’s a love letter to the stories that inspired it.Review: MODERN MYTHOLOGY: THE HERO’S JOURNEY Updates Legendary Tales