While Marvel Monsters #1, out this week from Marvel Comics is not what I expected, it is a fun and informative look into the monsters of the Marvel world.

Cullen Bunn provides the story and Scott Hepburn handles the art for the actual story portion in the issue. Israel Silva provides colors and shows off his great ability to get these larger than life creatures to pop right off the page. With so much going on at once, so much can get lost, yet we can see clearly what every monster is doing, no matter how small they are.

Travis Lanham handles the lettering in this one-shot, and with all the monster action, he had his work cut out for him. The noises and roars from the monsters don’t take away from the artwork and actually blends in and becomes part of the art.

Marvel Monsters #1 is a one-shot that pits Kid Kaiju and Max Frankenstein against each other in a battle for a monster anatomy book. Kei Kewade is in the Baltic Sea exploring an abandoned castle on a small island. While searching the ruins with his monster companion Scragg, they happen upon an altar surrounded by candles enshrining a book. The book appears to be about monster anatomy, and something Max Frankenstein has been using to create his evil creatures. 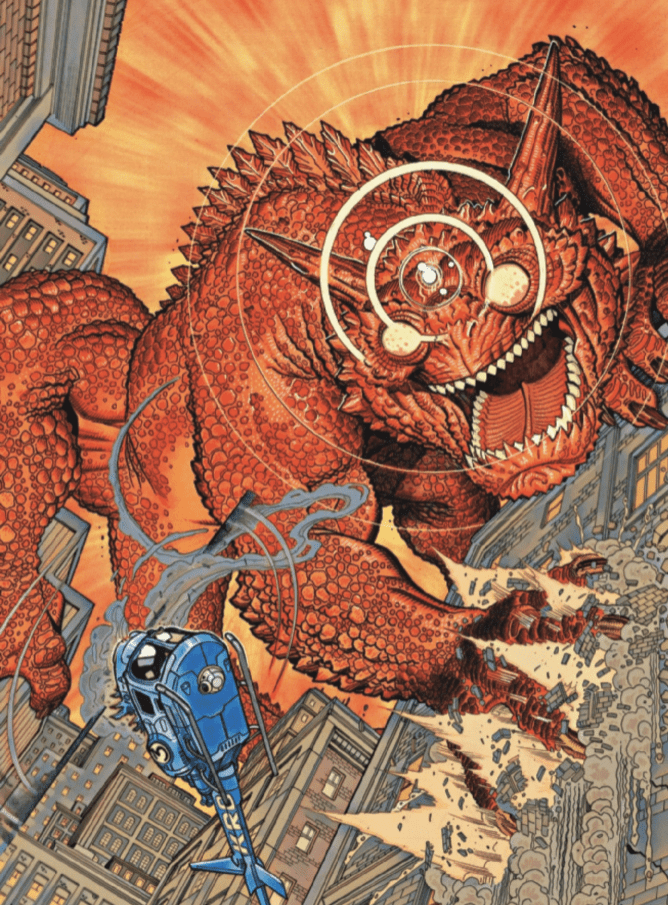 A Timely publication from 1939, the book shows all the different monsters and all their statistics. It shows height, weight, and the functions of each part of the monster, and is a considerable opportunity for different artists to draw pin-ups of the monster each page is detailing.

Many great artists contribute full-page pin-ups and they are stunning. Marvel Monsters #1 is an art book Marvel made to show off their more unknown offenders. Stephanie Hans, Clayton Crain, Michael Allred, Nick Bradshaw, Becky Cloonan, and Gerardo Zaffino are just over half of the artists contributing full-page pin-ups. Superlog does a fantastic job with the cross-sections breaking down their anatomy and explaining their powers, giving it an old worn look. 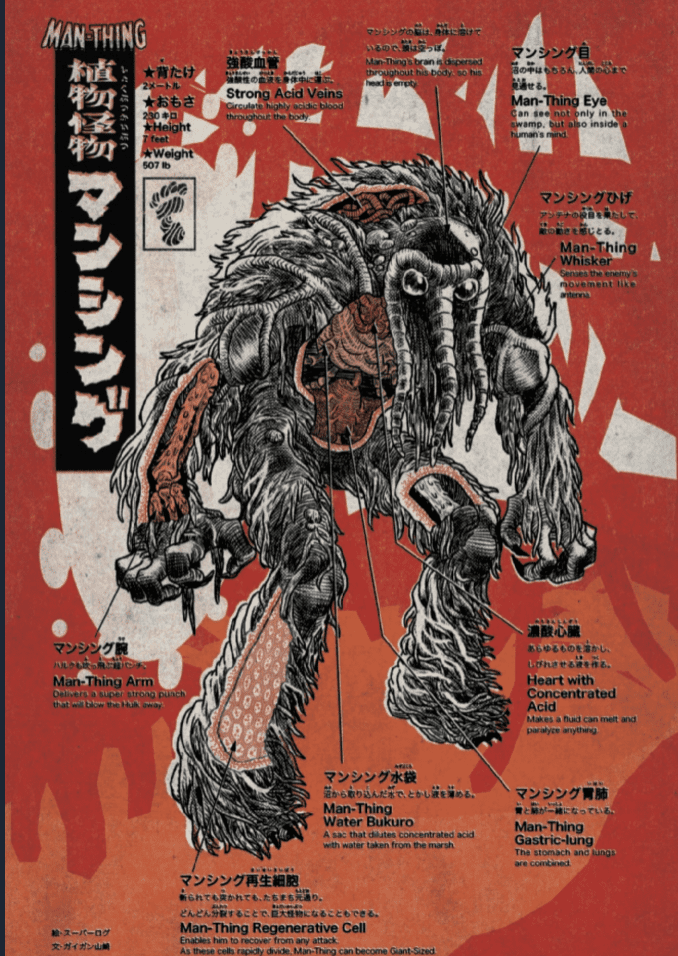 While Kid Kaiju can manifest monsters just by drawing them, it appears the book Kei found was research material for the Frankenstein family. Max has to create his monsters just like his namesake, so this book is paramount to his evil schemes.

Kid Kaiju is still a fairly new character. I didn’t read much of the Monsters Unleashed run about him, so I’m not aware if that series gave him an archenemy like a Joker to his Batman. Marvel Monsters #1 presents Kid Kaiju with a super-villain that could prove to be his big bad guy to contend with.

This issue provides some amazing art and a new direction for a new character. I fully expected this to be a horror centered story that perhaps led to a longer series. Although disappointed when I opened the book, I was pleased when I did a little reading. I grew up watching Godzilla so it’s nice when a story like this can be enjoyed by fans of all ages. 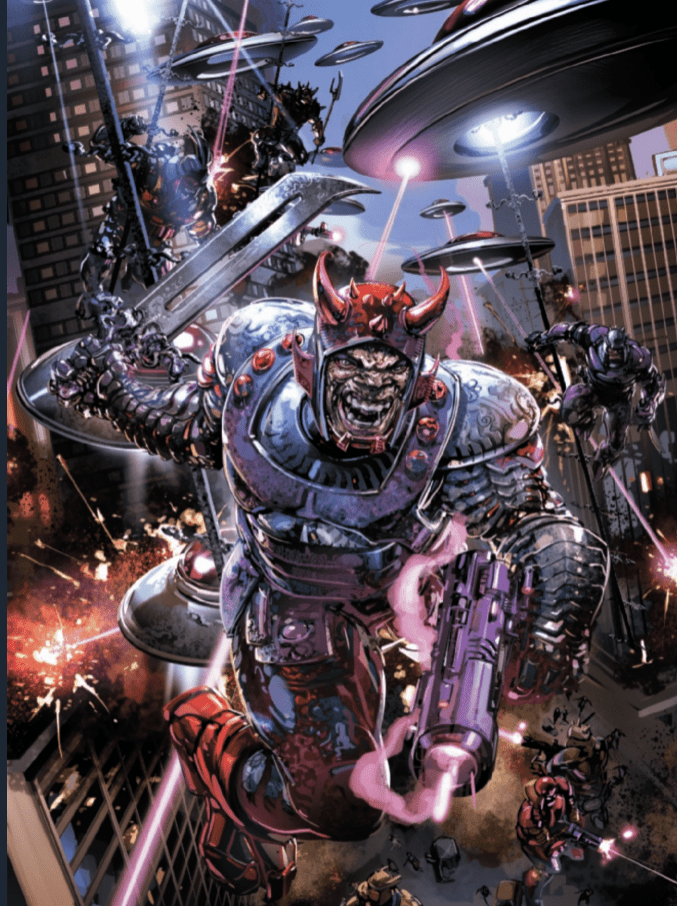 This is not a story full of destruction and blood. It is a story to get children interested in some aspects of Marvel they may not be familiar with. Any fans of monsters will enjoy the anatomy and full-page pin-ups, and collectors of horror and monster books won’t want to miss this.

How awesome are those monster pin-ups? Let us know how surprised you were by this issue in the comments below.

- Advertisement -
1569
Find out how to get the
Monkeys Fighting Robots magazine!

Thompson and Sherman, along with Titov and Dukeshire, have taken the reins of Angel + Spike and are driving the comic in the right direction.
Read more
Comic Book Reviews

RAI #7: Making The Connection In Times Of Crisis

On September 16, Marvel Comics released X-Men #12. This prelude to X of Swords is the last issue that Leinil Francis Yu will be doing interior art...
Read more