The Robot Revolution continues in Machine Man 2020 #1 thanks to Christos Gage, Andy MacDonald, Dono Sanchez-Alamara, Tom Delfaro, Mike Hawthrone, Andriano DiBenedetto, and Erick Arciniega. Does this outing with X-51, the Machine Man run seamlessly or does it need a reboot?

The A.I. uprising has begun, and Machine Man finds himself torn about his place in the revolution! As the battle rages around him, will Machine Man aid mankind’s fight for survival or join his robot brethren in ushering a new age? 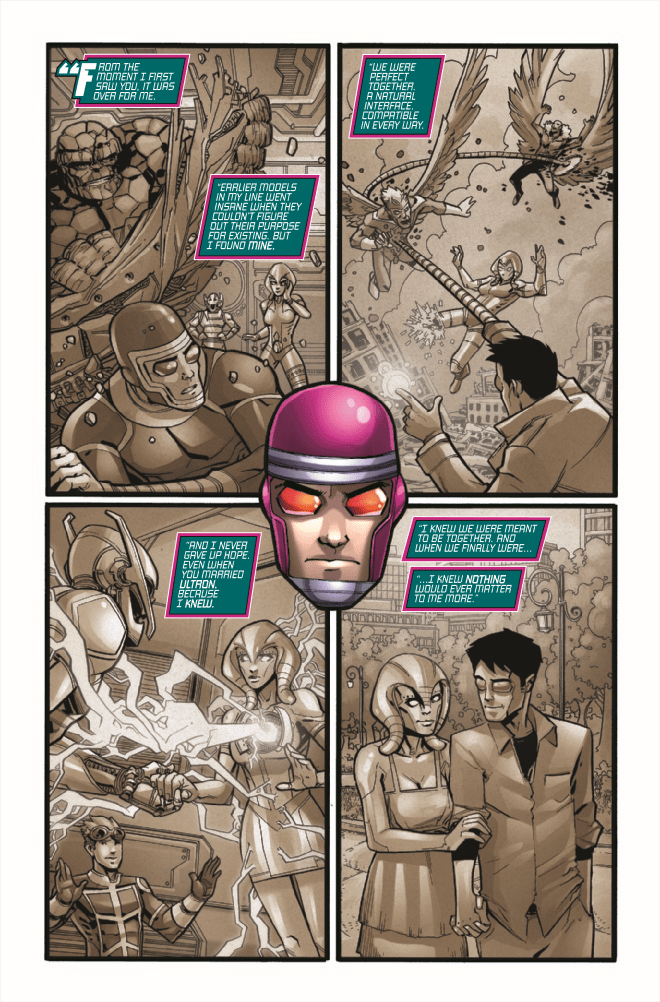 This comic contains two stories, one focusing on Machine Man and the other following his old team, The Midnight Wreckers. The Machine Man story by Cristos Gage finally decides to address the elephant in the room. A character calls out Machine Man on his change in behavior, which hasn’t seemed very heroic as of late. Between his character in Tony Stark: Iron Man and him now leading the robot rebellion, its good someone got around to asking why he decided to become so extreme with his methods.

The second story by Tom Defalco, featuring The Midnight Wrecks helps to add to the world-building of the 2020 event. It showcases what is happening as the robot rebellion is taking place outside of the main focus on Iron Man 2020 and Machine Man. Sadly, it doesn’t really help give any indication where the event. Frankly, the entire issue feels like a side story. 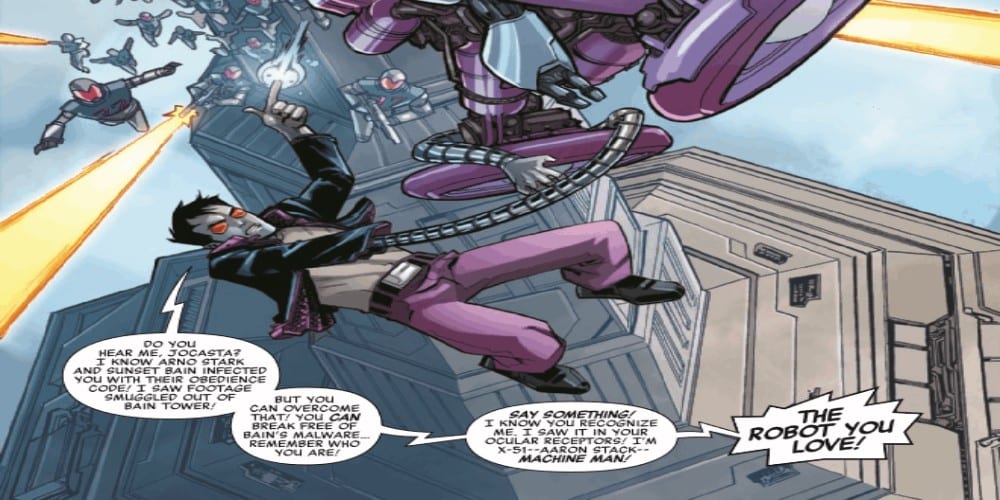 Machine Man 2020 #1 has two different teams for the two different stories. For the one focusing on X-51, Andy MacDonald does the artwork and Dono Sanchez-Almara provides coloring. Their work produces some detailed action scenes and is the most stunning part of the issue. The battles Machine Man has against his robotic opponents as he tries to catch up with Jocasta is the highlight of the issue.

With the Midnight Wrecker story, Mike Hawthrone is on Pencils, Andriano Di Benedetto is the inks, and Erick Archiega is on colors. Their style allows for a very cyberpunk style for the characters and the setting. This helps to provide the atmosphere of being cutting edge, which the Midnight Wrecker team was known for in previous stories they appeared in. 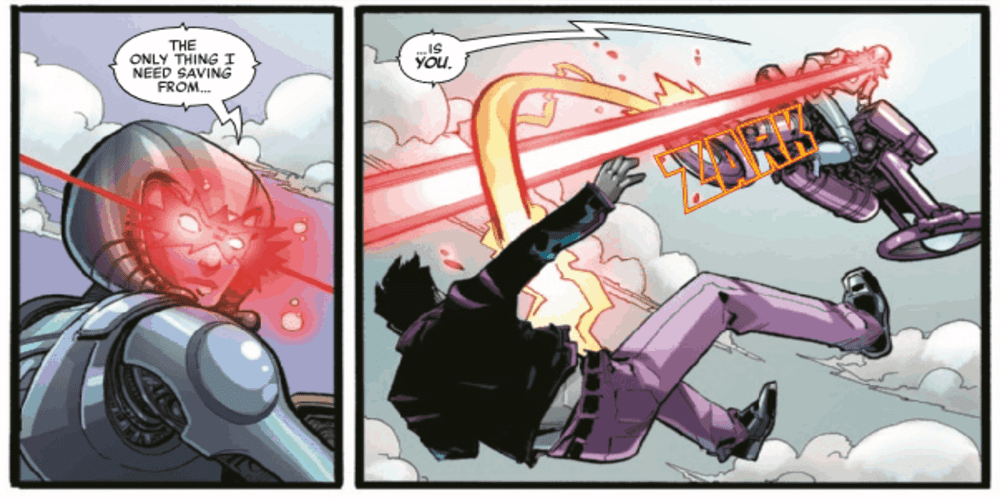 VC’s Travis Lantham takes care of the lettering work for both stories. Through proper placement of dialogue boxes, a great flow is established to the battles taking place. Also, it helps to add to effect work whenever Machine Man decides to use his scanners.

Machine Man 2020 #1 reads like a side story and doesn’t give enough time to the main character. It is nice Machine Man is getting the time to explore his decision to care more about robots than humans, but it probably could have been told in a single issue. Instead, its stretched out and half the issue is dedicated to side characters who haven’t been mentioned in years.

Review: MACHINE MAN 2020 #1 Is More Surplus Than High TechImpressive visuals but both stories seem more superfluous than an essential part of the 2020 event.