Review: Lost In Temptation In THE DREAMING: THE WAKING HOURS #9

Writer G. Willow Wilson and artist Nick Robles, along with colorist Mat Lopes and letterer Simon Bowland, return to the land of Faerie in The Dreaming: The Waking Hours #9. This issue feels more like a vehicle transferring us from one stage of the story to the next, but it is still a wonderfully entertaining and tightly paced comic with great moments and incredible visual work.

“Seduced by the sensual wiles of the realm of Faerie, Ruin and Heather After have not only been separated from the angel Jophiel, they’ve completely forgotten why they even set foot in this delightful place. But Faerie’s charms (literally) are lost on Jophiel, and he remains firmly on a mission…unfortunately for him, the king of Faerie has his own ideas on just what Jophiel’s power can do for him!” 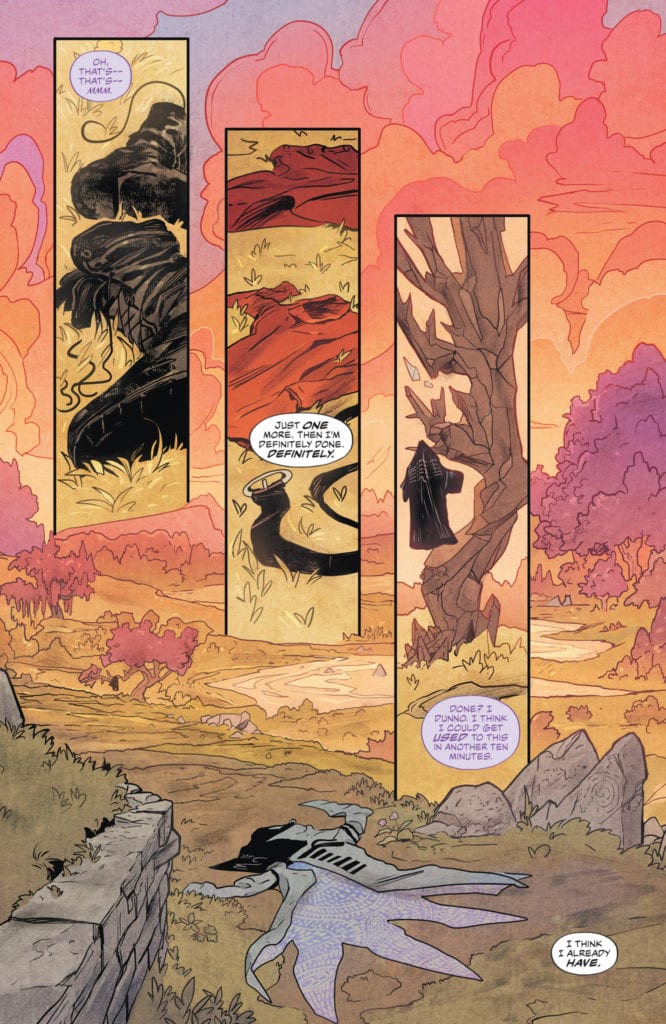 G. Willow Wilson’s script for The Dreaming: The Waking Hours #9 is just as clever and competent as the prior issues, albeit a little more subdued. This chapter is more of a segue from one major plot point to the next rather than a point in and of itself, but it’s still a highly entertaining affair on its own. Watching Ruin and Heather struggle against the temptations laid upon them by the denizens of Faerie is delightfully amusing, as is much of the dialogue. Wilson always leverages the perfect amount of snark in her scripts, and weaves it in and out of more serious moments with a natural ease. Despite this issue being more of a “problem of the week so we can continue the main quest’ type story, it never feels boring or out of place and still adds to the overall plot. We get a bit more backstory for Heather (which I will never tire of), and a couple more major Sandman Universe players get reintroduced. This is a sharply written comic, nothing less than what I’d expect from the likes of Wilson up to this point. 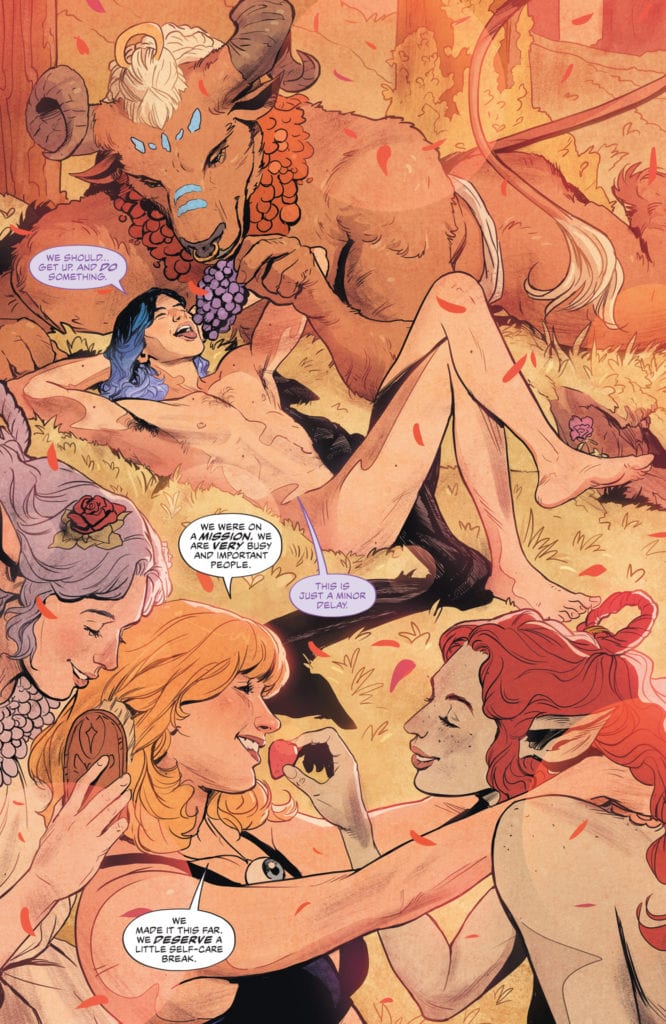 Almost every issue of The Dreaming, both this series and its predecessor, have been gifted with an unbelievably talented art team. This still rings true on The Waking Hours #9, with the pencils of Nick Robles and colors from Mat Lopes. Robles’s pencils are rife with imaginative detail, crafting fresh designs for both diverse humans and mythical beings as if it were second nature. The world design is brilliant as well, as the dilapidated Faerie is a beautiful but desolate landscape that contrasts brilliantly with the same setting from the days of Vertigo past. The panel direction is as sharp as ever too. While the panels and transitions never get quite as abstract as some prior issues have, it’s still a finely tuned experience from a directing perspective. Mat Lopes’s coloring is as stunning as ever, offering a vivid variety of gorgeous, otherworldly hues and tones to this fantastical realm just as he has been doing since the previous Spurrier/Evely run. The lettering from Simon Bowland replecates the classic Todd Klein letters from the original Sandman, with widely varying fonts for different characters and that unmistakable white-on-black dialogue lettering. The Waking Hours continues to be one of the most stunning books from the visual end on shelves right now. 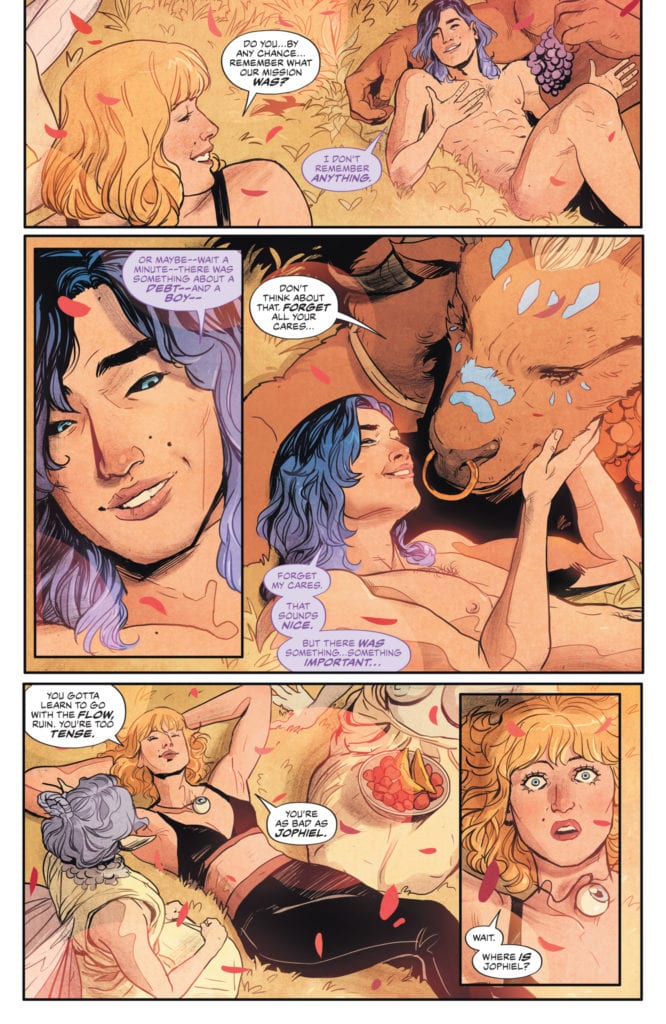 The Dreaming: The Waking Hours #9 is a clever, well scripted, and stunning chapter in this outstanding series. While Wilson’s script has this issue functioning more as a segue from one piece of the story to the next, it is still rife with clever and funny moments and great characterization. The visuals from Nick Robles and Mat Lopes are as incredible as always, animating and coloring this world of magic with breathtaking detail. Be sure to grab this issue when it hits shelves on 4-6!

A comparatively uneventful but still clever and entertaining issue, held aloft by great character dialogue and ever-astounding artwork.Review: Lost In Temptation In THE DREAMING: THE WAKING HOURS #9