Lad: The Homecoming #1 is a new fantasy/crime thriller by writer Umar Ditta and artist Carlos Pedro, with letters by Kerrie Smith. The first issue of the comic miniseries recently finished a successful Kickstarter campaign, and will soon be available for all to consume. 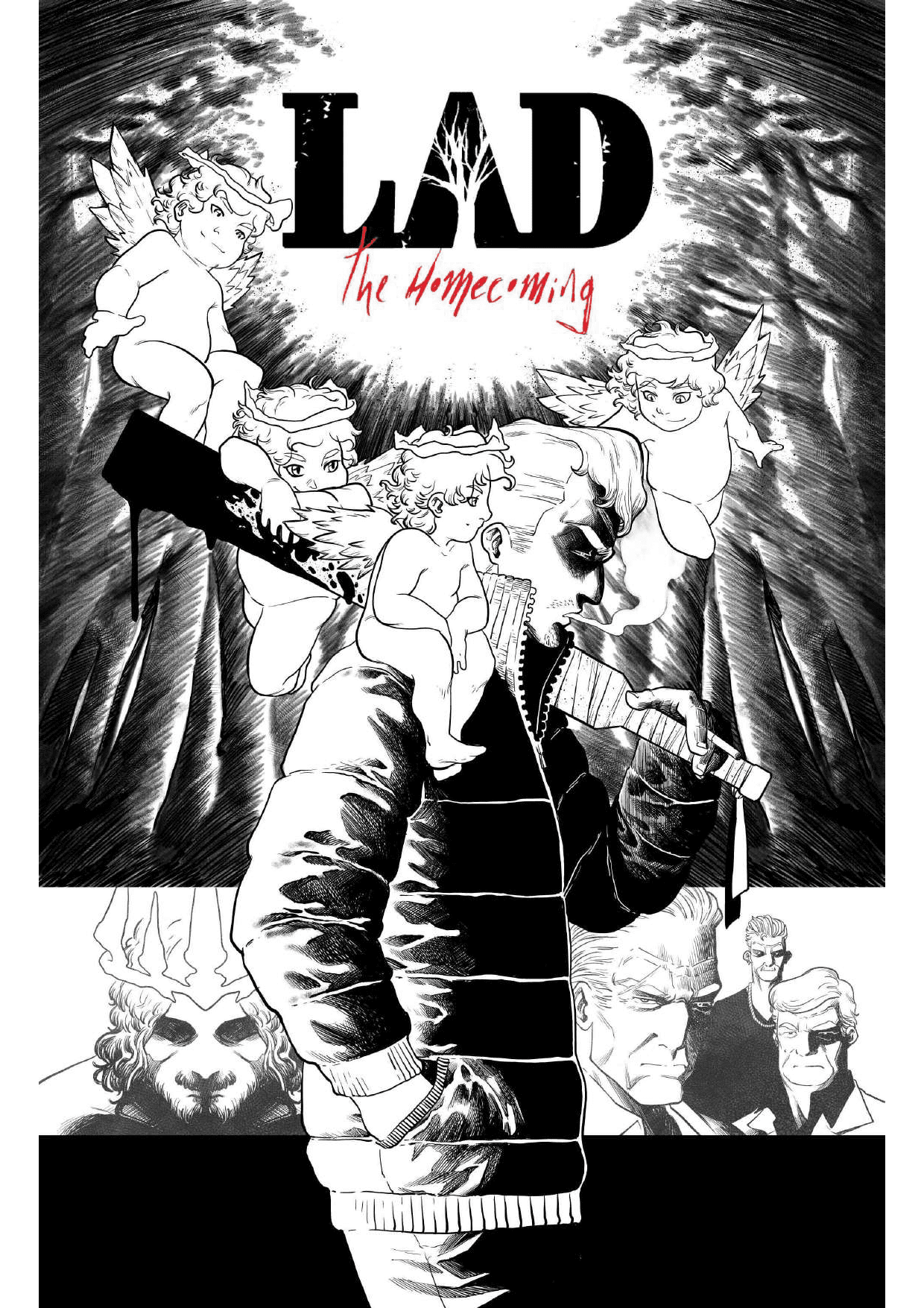 Taking inspiration from neo-noir films and comics, Lad: The Homecoming is set in a world that is similar to ours, yet hauntingly different. The Family is a criminal organization that controls a small town in England. However, there is one place where no member of The Family will set foot – The Forest. Engulfing most of the town’s perimeter, The Forest is home to the feared entity, The Hermit. But when Dad, the patriarchal leader of The Family, is found savagely beaten just outside The Forest, The Family believes it to be an act of war. One which sets in motion a series of events that will change everything for The Family forever.

Much like The Forest that is frequently discussed in Lad: The Homecoming, there is an air of magic and mystery about the book, which makes it all the more appealing. Umar Ditta makes it very clear that there is a bigger world at play, with dark secrets to be revealed as the story progresses.

And in the middle of this intriguing mystery is The Family, a ruthless criminal organization of tough guys. And they are ruthless. The notion that these gangsters take on familial titles, as opposed to their proper names, adds to the secrecy of Lad: The Homecoming. It also doesn’t hurt that this book is chock full of violence and offensive language, which makes it all the more entertaining. But what’s truly gripping about the book is not knowing what is waiting for Lad and The Family on the other side of The Forest. 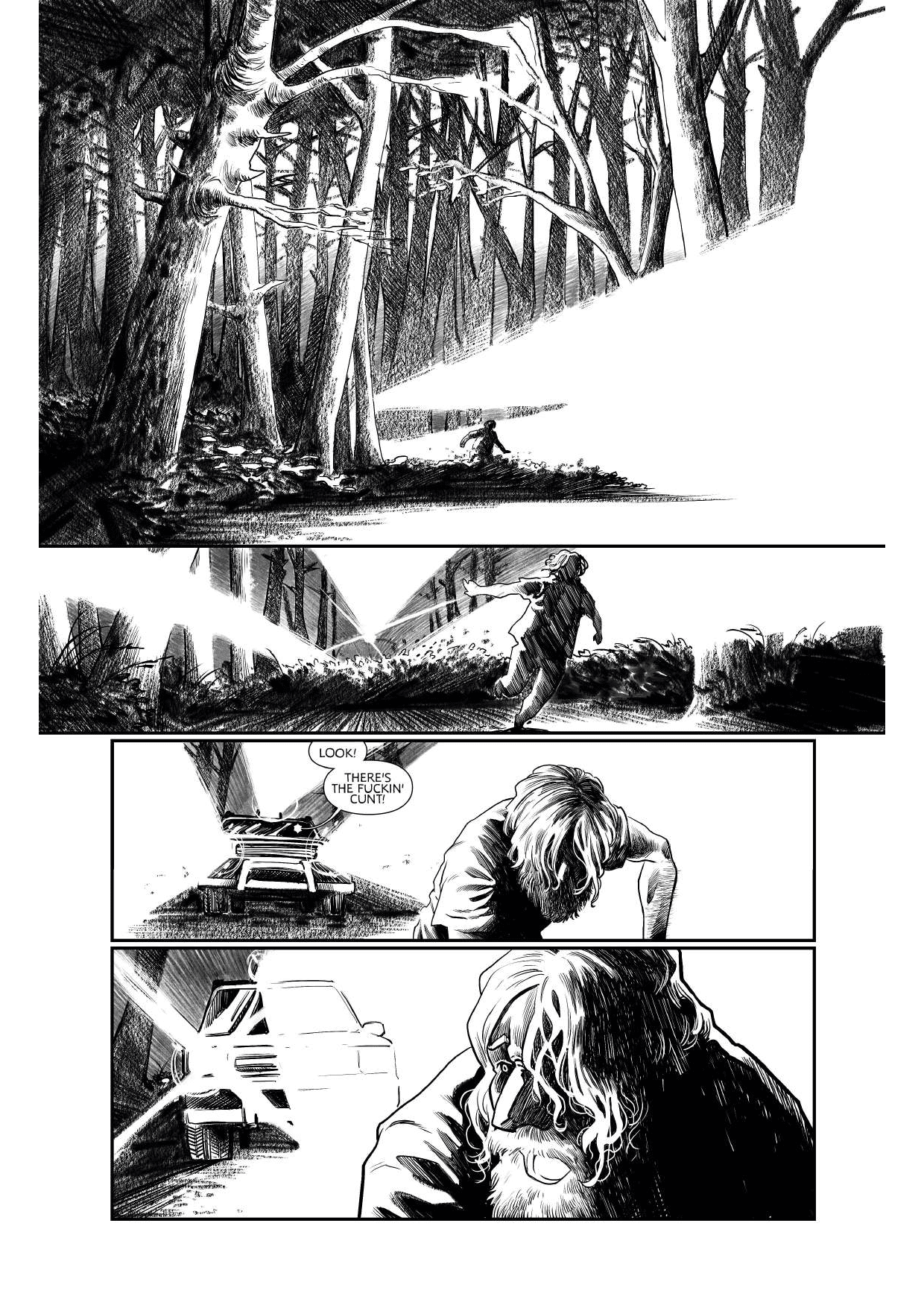 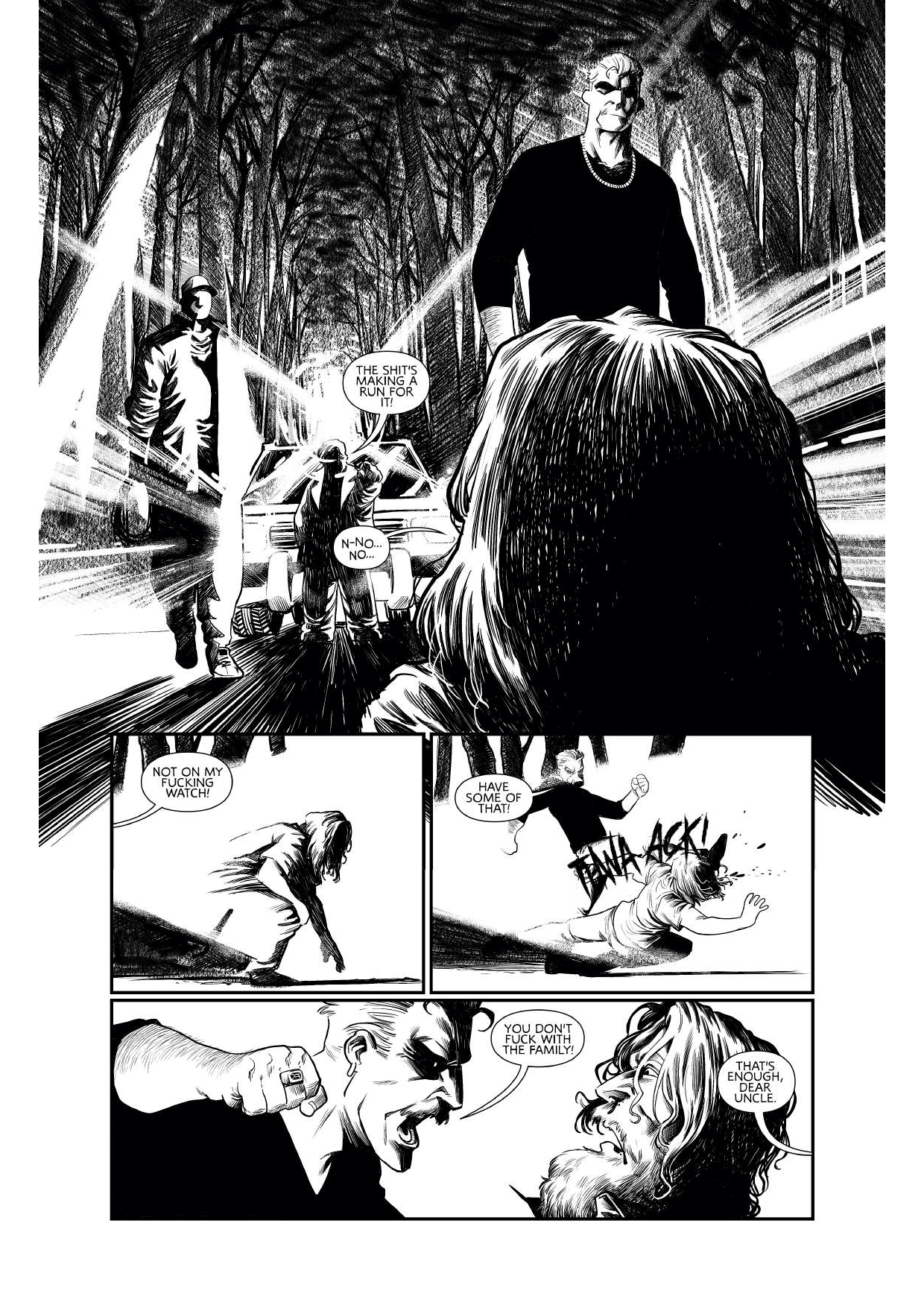 The artwork in Lad: The Homecoming creates this gritty, noir aesthetic, which is fitting for a number of reasons. Characters are obscured by shadow in every panel they appear, adding to the air of darkness and secrecy of the story. Carlos Pedro’s use of heavy contrast makes the book that much more creepy and somewhat otherworldly. Backgrounds are usually solid white or shadowy black, except for when the night sky or Forest is illustrated, which shows off the artist’s command of lighting a panel.

A thriller filled with violence and swearing, Lad: The Homecoming #1 is a solid crime noir comic with an added layer of dark magic and mystery that will hopefully become more and more prominent as the story unfolds.

Want your independent book reviewed like Lad: The Homecoming? Send us a message on Twitter or email us at info@monkeysfightingrobots.com!

A thriller filled with violence and swearing, Lad: The Homecoming #1 is a solid crime noir with an added layer of dark magic and mystery that will hopefully become more and more prominent as the story unfolds.Review: LAD: THE HOMECOMING #1 Mixes Gritty Noir With Urban Fantasy