Review: JUSTICE LEAGUE #26 Returns to the House of Heroes

Previously, on Justice League, the team successfully defeated the World Forger and the elder versions of the heroes from bringing their “perfect” society to the prime universe. In the aftermath, Superman pleaded with the World Forger to help them defeat his mother, Perpetua, and prevent the destruction of the Source Wall to save the entire Multiverse. He agreed, and when the League returned to their home, discovered that Lex Luthor televised a message to the citizens of Earth – that the Justice League is to blame for the death of the Source Wall, and that the only way to save it, and themselves, is to unleash their inner DOOM.

And so, the universally praised “Sixth Dimension” story has come to a close, and the “Year of the Villain” has officially began. The great minds behind the last few issues – Scott Snyder and Jorge Jimenez – take a brief reprieve from Justice League, handing the keys to Snyder’s former padawan James Tynion IV and Javier Fernandez. Both have done impressive work in and out of Justice League. But the work that was done in “Sixth Dimension” was consistently fantastic, and pretty difficult to top. How did Tynion and Fernandez fair in the first part of the “Apex Predator” story? Read on to find out… 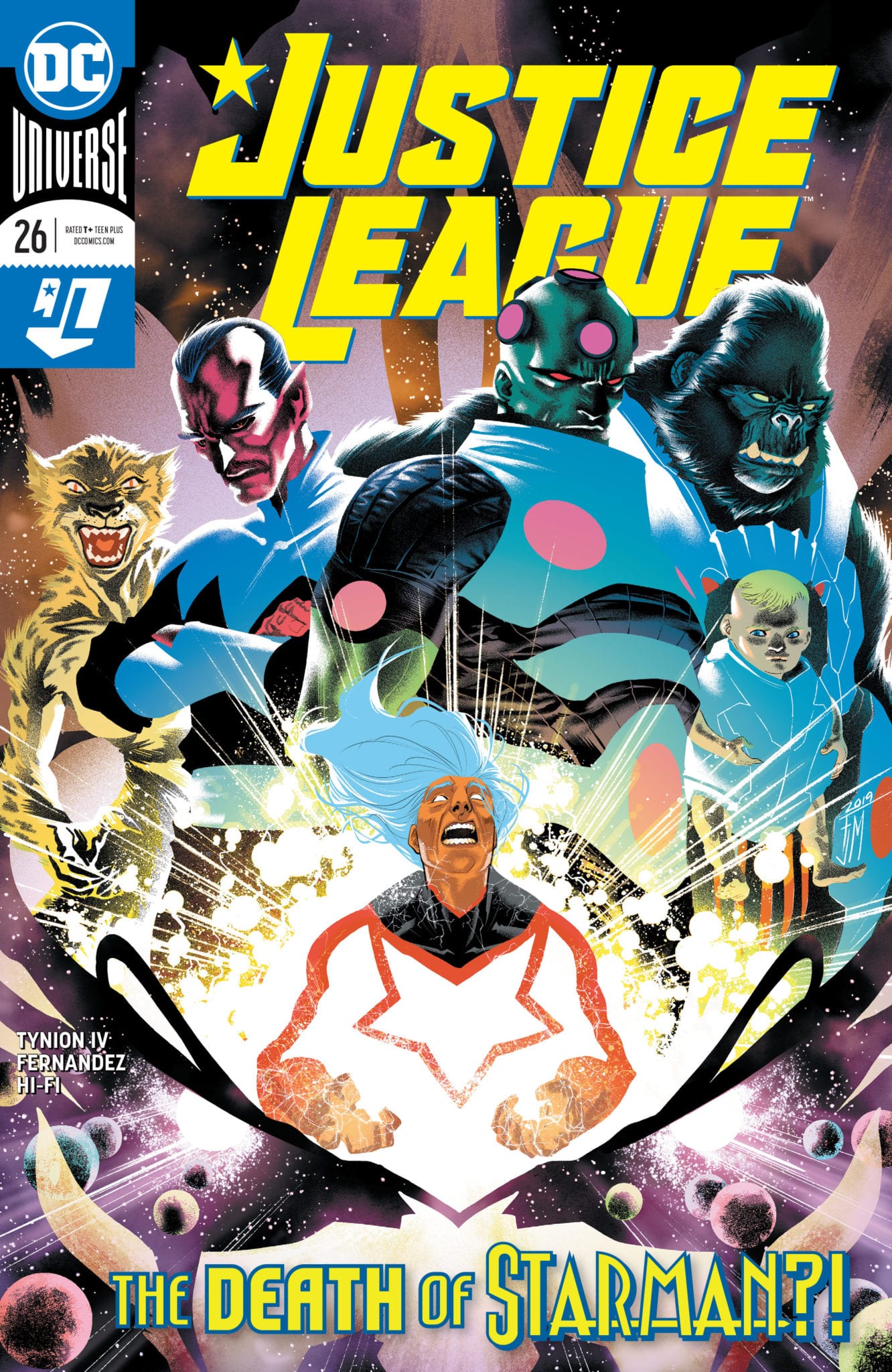 After being off-planet for so long, the Justice League must try to pick up the pieces of their lives—but Lex Luthor has other plans. If he has his way, he’ll show all of humanity that the Justice League will never be there in the world’s time of need!

James Tynion IV is a much more verbose writer than Snyder. Sometimes, those words have felt somewhat overwhelming, especially when trying to weave in so much plot and worldbuilding and character development. In this one issue, he is charged with wrapping up “Sixth Dimension,” set up “Apex Predator,” continue “Year of the Villain,” and further escalate to what feels like another Crisis- level event. That’s a lot of moving pieces.

And yet, Tynion succeeds in weaving the aforementioned into a solid, 20-page issue of Justice League. He does so by splitting the weight of all that story into three different threads. We have J’onn J’onnz, who searches for a cloaked man that people are using as the embodiment of fear mongering across America in the aftermath of Lex Luthor’s villainous call to action. Tynion characterizes J’onnz as a steadfast, yet somewhat paranoid detective as he hunts for the cloaked man.

Meanwhile, the bulk of the prime League-ers venture to the House of Heroes – the pandimensional Watchtower as first seen in Grant Morrison’s The Multiversity way back in 2014 – to recruit their doppelgangers in the effort to fix the Source Wall and stop Perpetua. Readers will get a kick of seeing these heroes from across the Multiverse pop up in the main continuity. Here, we get some lighthearted exchanges between Barry Allen and John Stewart, but the sequence is missing what feels like a great opportunity for characters to interact with their multiversal counterparts.

Finally, Hawkgirl leads the charge in the Hall of Justice, searching for The Legion of Doom. A number of familiar faces have answered the call, including the Metal Men, the Teen Titans, and… Rorschach. There’s also a brief bit featuring Starman, who is looking for aide across time to mend the Source Wall, which is also the wellspring of his power. This is a hero that has been wholly underutilized since popping up in Justice League way back in November 2018. He seems to have the strongest connection to the Source Wall, yet only appears in one or two pages per issue. Hopefully, they are sowing the seeds for something big involving Starman. 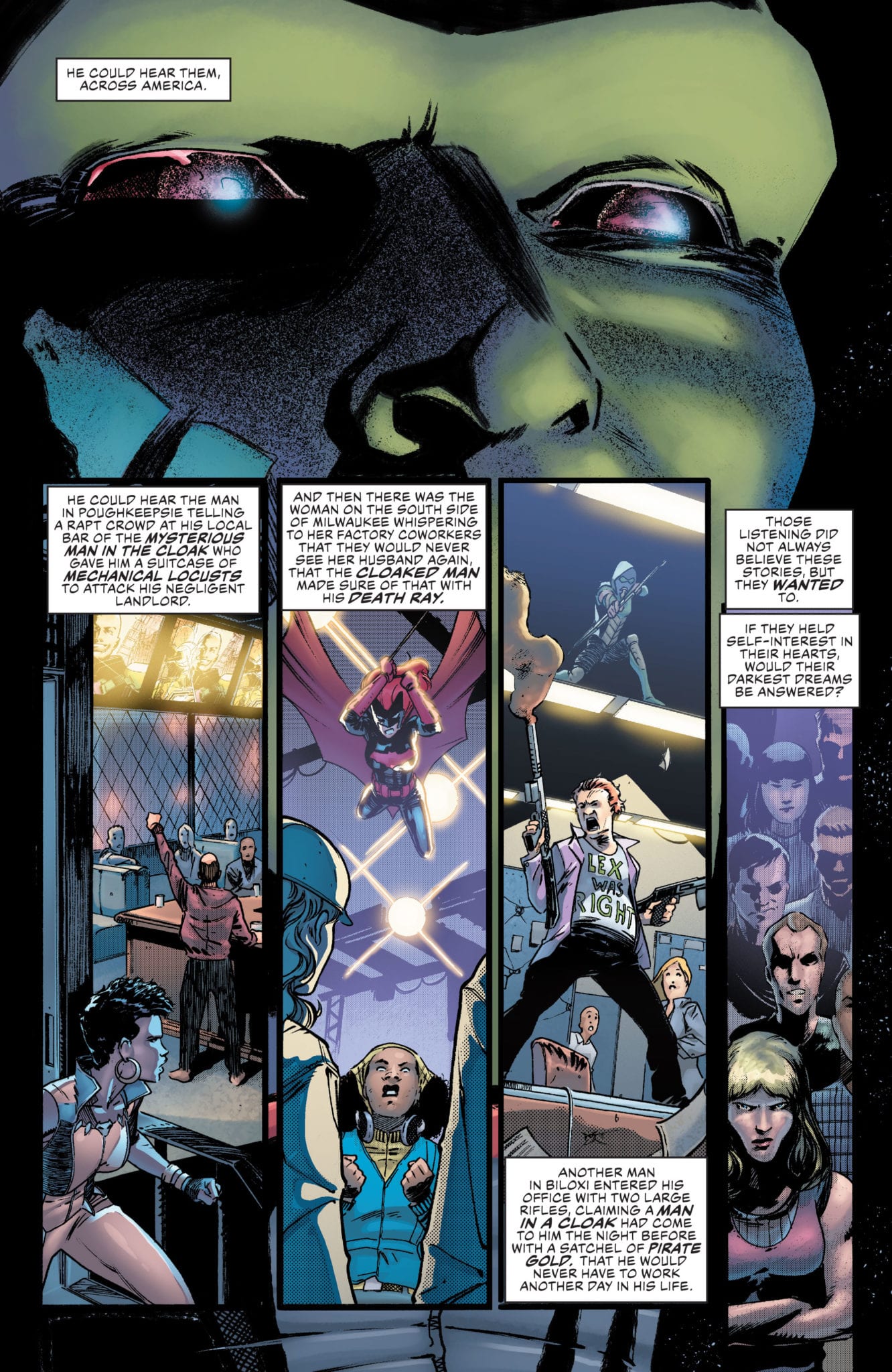 Artist Javier Fernandez brings a classic, pulpy style to Justice League #26. It’s darker and heavily shaded, giving the book this ominous feeling that doom is looming overhead. While the bright, energetic styling Jorge Jimenez is missed, Fernandez still manages to capture the robust imagery we have come to know and love in this current run of Justice League.

The scenes in the Hall of Heroes and Hall of Justice are fun in that we get to see a wide array of heroes from other teams and other universes. It would have been great if Fernandez had more fun with the multiverse heroes, giving them a more unique look as if plucked from their respective books with the artists styles in tact. There double page spread featuring the heroes from multiple earth’s is a substantial achievement, and something to admire. However, it still felt as if something was missing from it. There should have been a little more depth and detail to help give this image the magnitude it deserves.

Though it isn’t as exciting as anything from the “Sixth Dimension” story, Justice League #26 is an admirable entry in this series, easily setting up its new arc, while also adding crucial bits to the “Year of the Villain” event.

What did you think of Justice League #26? Let us know in the comments! 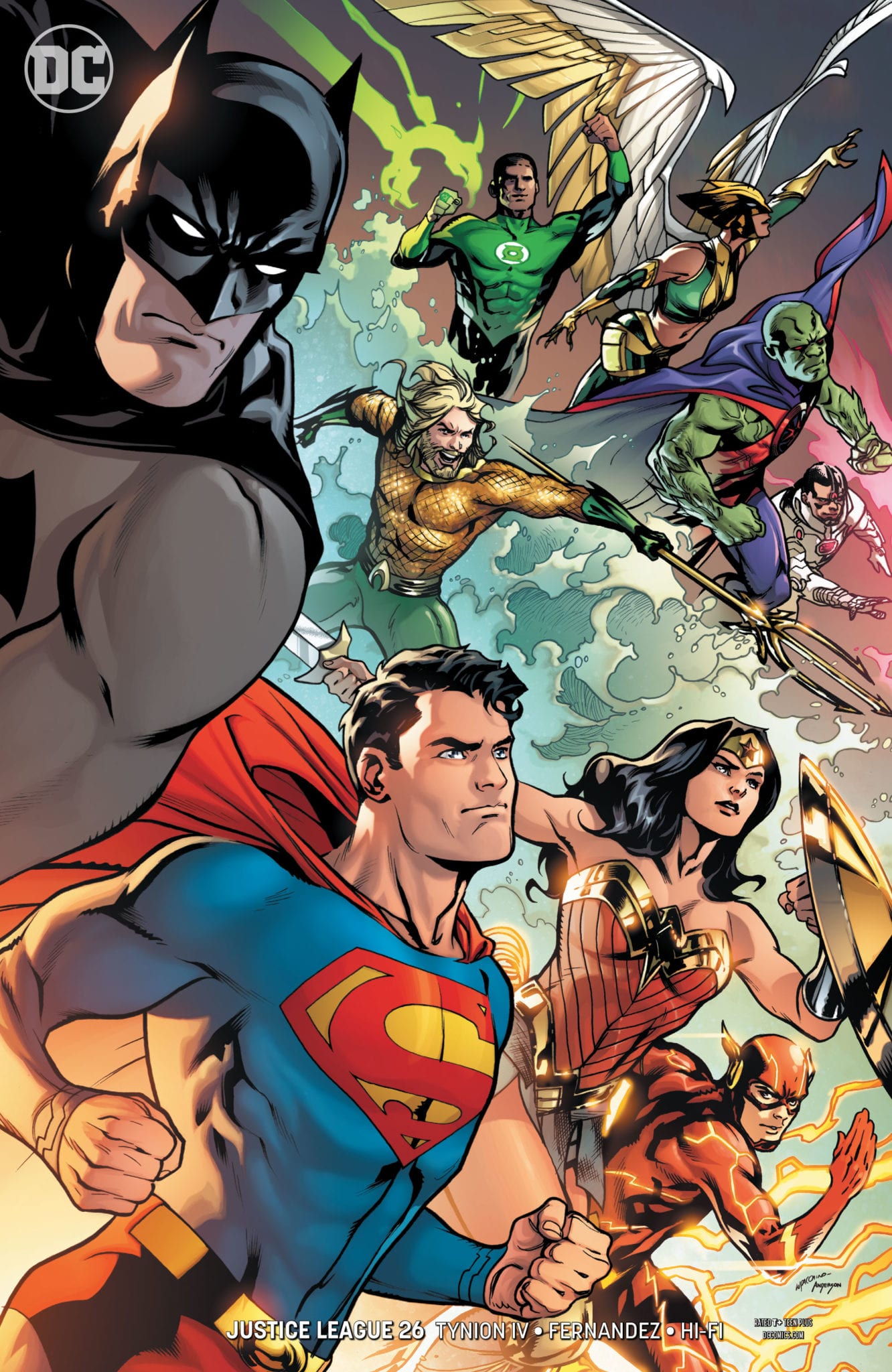 Though it isn't as exciting as anything from the "Sixth Dimension" story, Justice League #26 is an admirable entry in this series, easily setting up its new arc, while also adding crucial bits to the "Year of the Villain" event.Review: JUSTICE LEAGUE #26 Returns to the House of Heroes