Writer N.K. Jemisin and artist Jamal Campbell bring forth their most emotionally provocative chapter thus far with the third issue of “Far Sector.” The socio-political impact of stripping the population of The City Enduring of emotion and relations between the rich and poor are delved into with considerable intensity – while also making searing parallels with our own reality’s history.

Protecting the City Enduring’s population of 20 billion aliens gets even harder when rookie Green Lantern Jo Mulein is thrust into the middle of a massive protest that’s about to get out of hand. What do the protesters want? The right to feel. 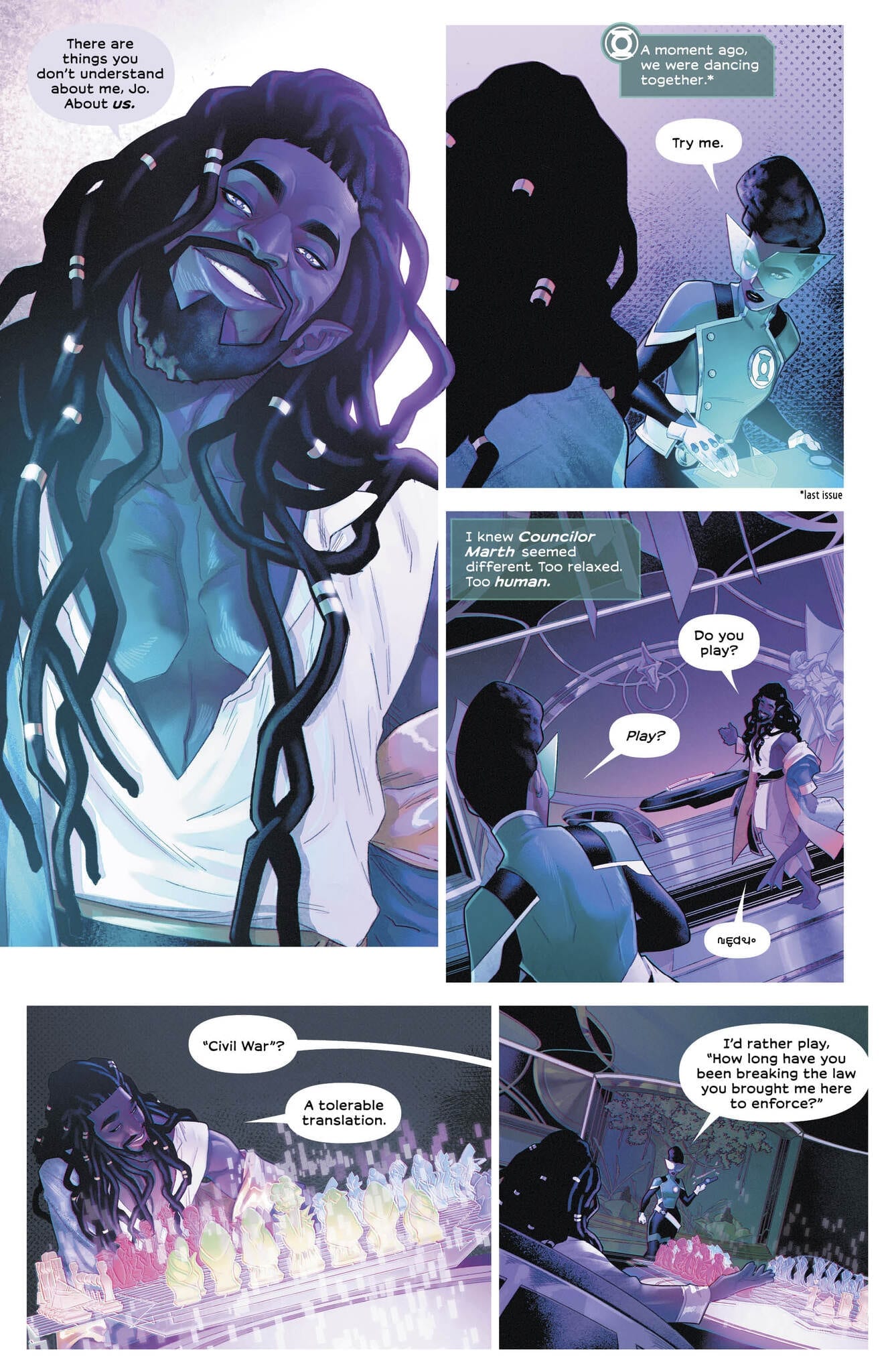 There’s an almost poetic and rhythmic sensation to the dialogue, narration, and plot progression of N.K. Jemisin‘s work on “Far Sector.” The way Green Lantern Jo Mullein interacts with those both suspect and ally comes across almost as a consistent dance of words. It rarely ever feels unnatural though, and even if it happens to it could be chalked up to all the supporting characters being aliens. Jo’s internal narration has smoothed out from the first issue‘s bombardment of exposition to a steady stream of internal observation and often internalized struggles. Sojouner is quickly turning into one of the most likable protagonists in current comics. The direction the story itself is heading has interestingly turned away from the murder mystery of the series’ debut and towards the factors that precipitated that event. This third issue displays a ruling class’ enforcement of a rule that drastically altered the lives of millions of others. The dissatisfaction of this reality is boiling to the surface. Jemisin takes this already intriguing in-story plot change and directs it towards our own reality. This is every bit a socio-political comic, and it’s pulled off damn well. From the grey areas of “how do we fix this?” to the ever-lasting struggle of populism vs the elite, “Far Sector” #3 is as fine a political challenge intertwined with great storytelling as any comic like it. 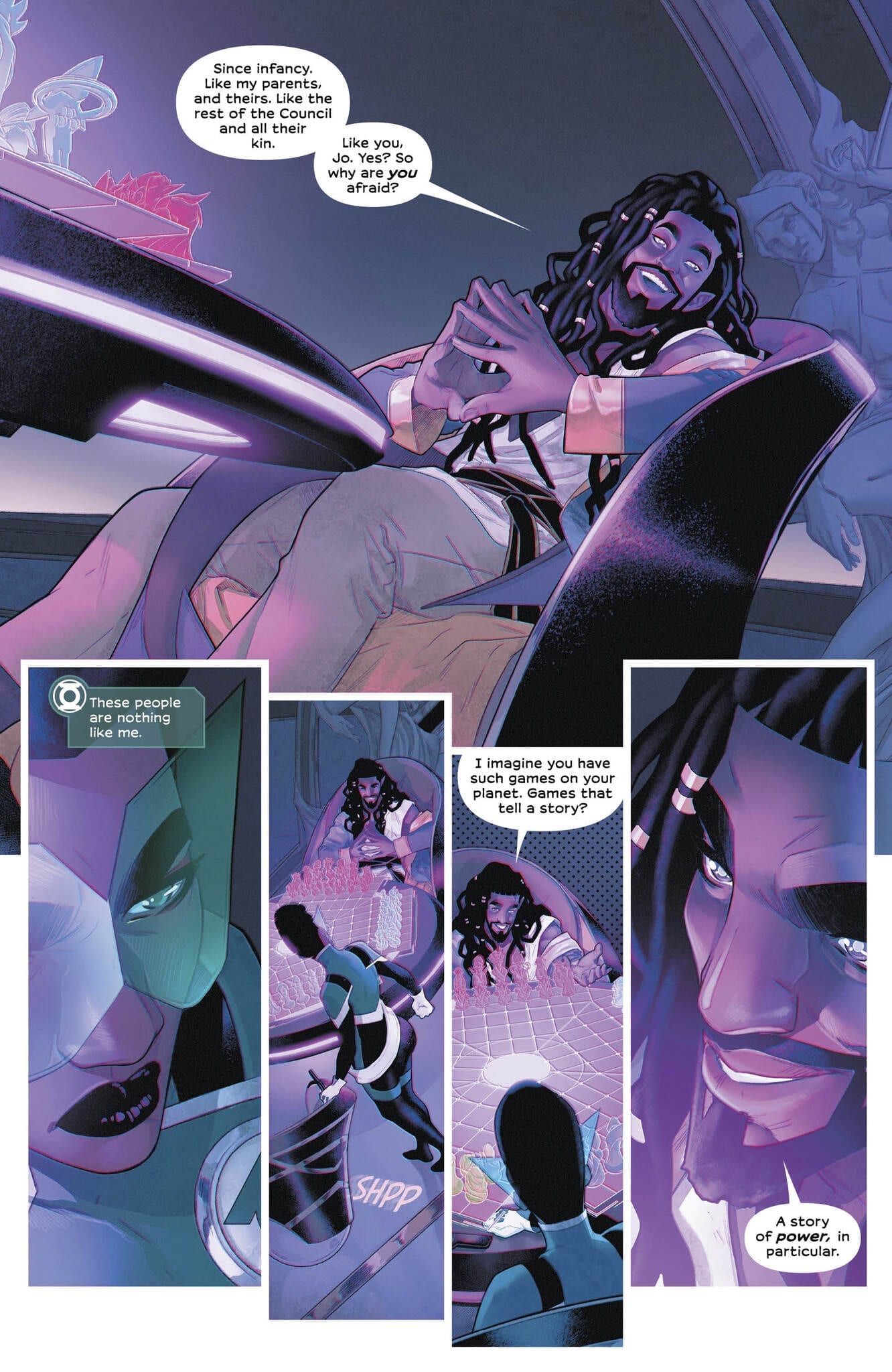 Jamal Campbell‘s art direction and panel layouts continue to be breathtakingly brilliant here in “Far Sector” #3. His stellar use of digital art in conjunction with a neon color palette thrives when put together with this kind of plot. It’s an aesthetic that I honestly wish I saw in more sci-fi comics. The environment is completely alien and yet also familiar and mesmerizing. The alien characters (who are humanoid) are elegant and relatable via Campbell’s own designs. The various cityscapes and different internal spaces are wondrous to behold. The panels and layouts themselves have an artistic eye to how they’re presented and how they guide the reader along. There’s always a focus on character among the fantastic visuals that still makes Campbell’s art feel intimate while still being so vast. 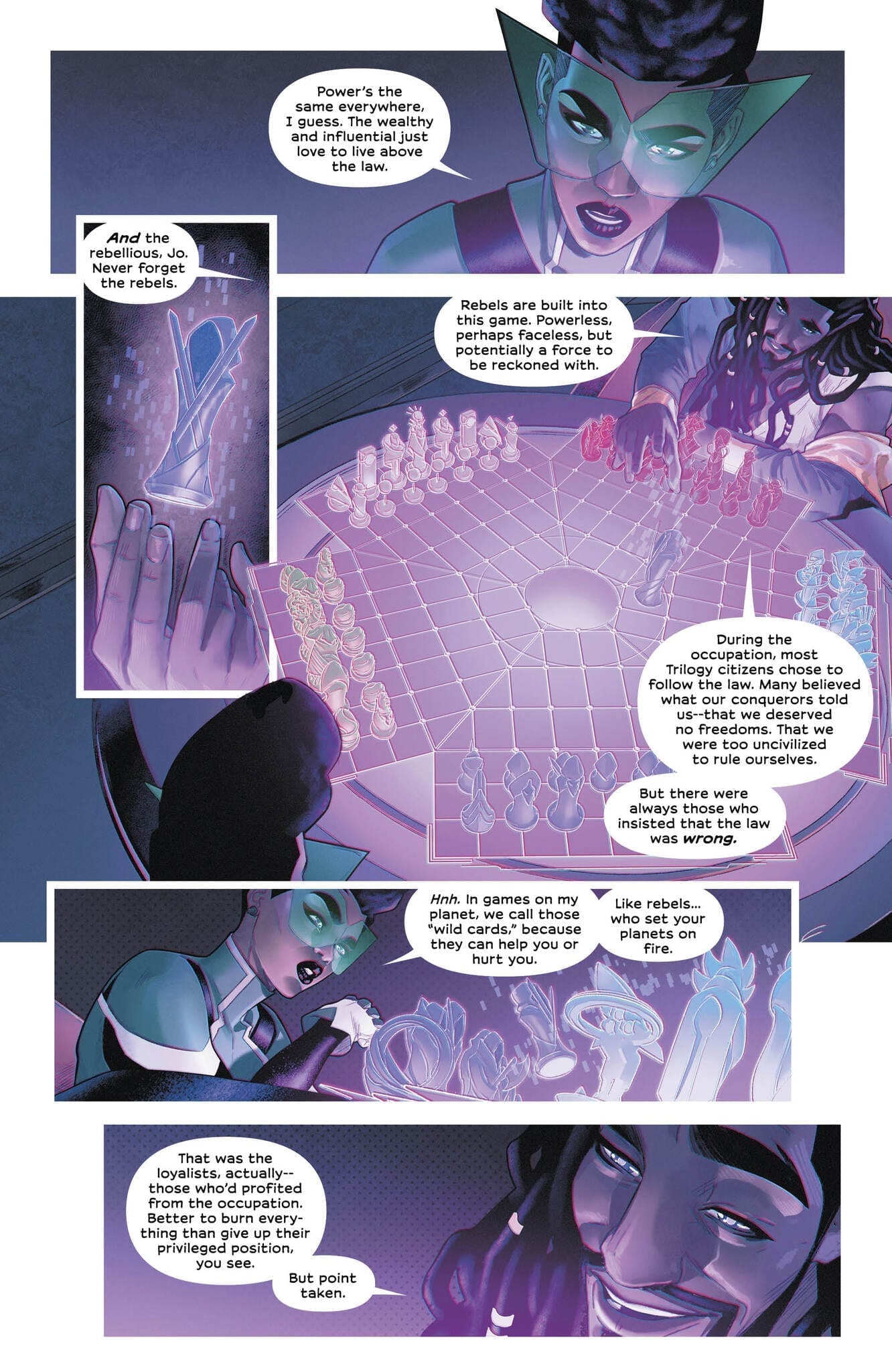 “Far Sector” #3 is yet another triumph of a chapter. Jemisin’s increasing focus on Jo Mullein as a character works in tandem with her increased focus on socio-political issues both in-universe and in our own world. Jamal Campbell’s art continues to be some of the absolute best in the industry today. Since the first two issues look to be getting second printing, this is a good time to put this cool as hell space opera on your pull list.

Review: FAR SECTOR #3 Gives Voice to The MassesA chapter that sheds light upon the socio-political issues of The City Enduring, while making parallels to our own history.