Ever-rising creator Daniel Warren Johnson (Beta-Ray Bill, Murder Falcon) returns to his ambitious creation of wrestling and sorcery with Do A Powerbomb #2. Featuring colors by Mike Spicer and lettering from Rus Wooton, this 2nd chapter isn’t as explosive as its predecessor but still packs plenty of punch, emotional weight, and a massive twist readers will be trying to wrap their heads around for weeks to come. With DWJ’s signature style of character writing and insane visuals, this is a fantastic comic that promises more radness yet to come.

“Lona Steelrose is brought to another dimension and given an opportunity that could change everything. Will she join the DEATHLYFE tournament?!” 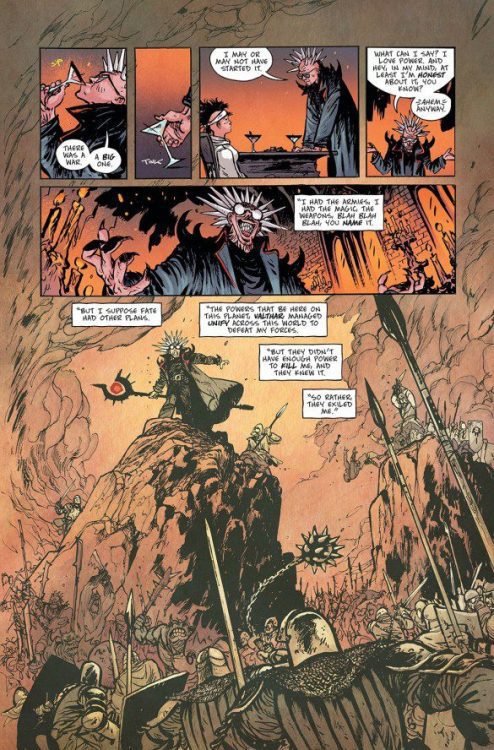 Daniel Warren Johnson slows down *just* a bit to let his main players talk and make decisions in Do A Powerbomb #2. While the opening issue was a high-flying and dive-bombing issue of wrestling badassery and massive emotional trauma, this issue fully introduces the crux of the main plot. Necro the necromancer (it’s a DWJ comic, what’d you expect) offers Lona Steelrose a chance to bring her mother back to life by competing in his outer-dimensional wrestling tournament. The main problems here? One: It’s a tag-team tournament, and Lona doesn’t have a partner. Two: I don’t want to spoil a great bit, but let’s just say Necro is new to TV and takes it very seriously. The plot moves from here to Lona hunting down a possible partner and landing on an insane and potentially devastating twist that will have readers reeling right up to the next issue’s release. While this issue is a bot less action packed (there is still one brutal wrestling scene to be had), Johnson’s tight story construction and ever-impactful character writing keep this issue compelling. Necro is obviously meant to be our untrustworthy villain, but it’s difficult not to like him. He’s like if Skeletor were to be banished from Eternia and land at a Judas Priest concert and make that his whole aesthetic. Johnson’s even-toned writing that switches from absurd humor to heavy interpersonal moments has become a key aspect of his storytelling, and that is on full display in this 2nd chapter of Powerbomb. 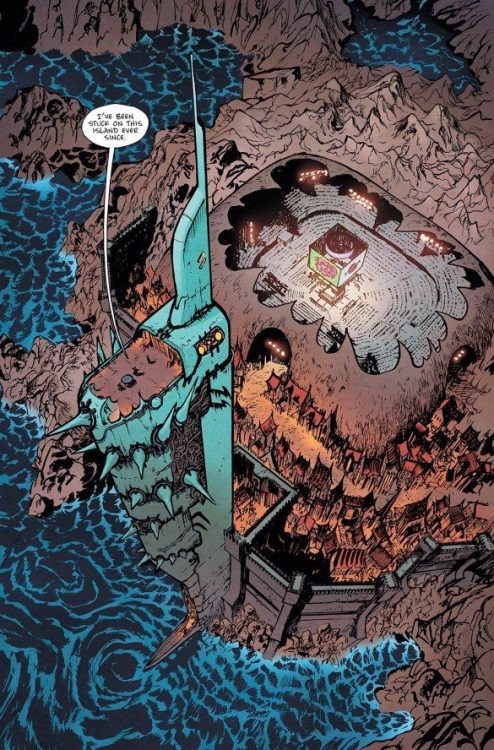 While he is a great writer, no one sees one of Daniel Warren Johnson’s comics on the stand and thinks about how well-written it must be. Do A Powerbomb #2 is, just like the rest of his work, a feat of artistic prowess and more of DWJ flexing just how damn good he is. His over-the-top designs and layouts coincide with his attention to detail to craft a comic that feels sweepingly epic yet intimate when it needs to be. Necro is a peak design for Johnson, with an aesthetic that is, once again, as likeable as he is obviously dastardly. He looks like if Vic Rattlehead and Randy Savage decided to hang out and went on a punk binge. Johnson’s entire cast is easy to identify with unique, signature designs that make them easy to identify in or out of wrestling garb. While we don’t get as much of that big wrestling action this time around, what we do get is still spectacularly choreographed and hits like a freight train. What’s so fantastic about Johnson’s art though is that his quiet conversations sequences are just as impressive as his huge action scenes. This is due in part to his careful animations and how he portrays emotion in his cast of characters. A big part of that visual experience though is his composition. Johnson perfectly mixes huge splash pages and larger panels with small panels that capture minute moments and features within a scene. This helps with the flow of action and with the weight of those heavy conversations that are had in this comic.

Colorist and frequent DWJ collaborator Mike Spicer is back to kill it on yet another comic. His rich, electrically powered tones perfectly capture the atmosphere of Powerbomb just like they do in all of Johnson’s other projects. At this rate, I couldn’t imagine anyone else filling in the Wonder Woman: Dead Earth artist’s pencils, as Spicer injects an unmatched energy in his work. The lettering from Rus Wooton has the same stylized hand-drawn aspect that the rest of the visual experience does. His fonts match the Johnson’s pencils and fluctuate based on character tone naturally. Overall, Powerbomb #2 is yet another artistic heavy-hitter from one of the best visual teams in the business. 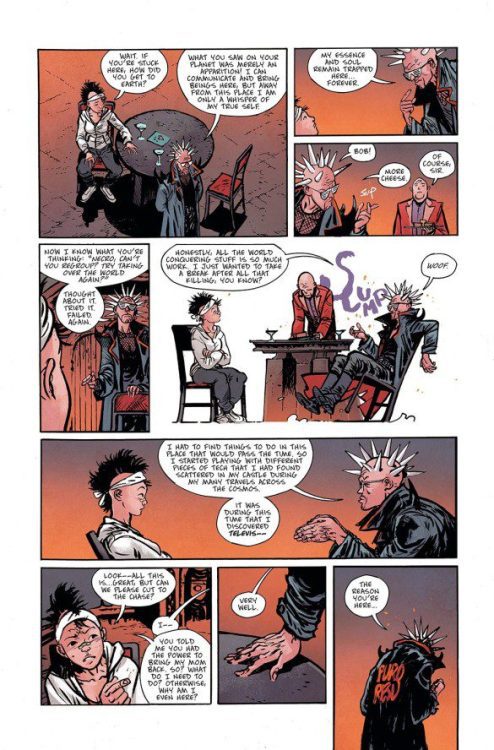 Do A Powerbomb #2 is an outstanding follow-up chapter that allows Johnson and his team to fully flex their talents in a show of weighty character scenes and kick-ass action. Daniel Warren Johnson pens an issue that mixes great humor, brutal wrestling action, and more impactful character storytelling in a fashion that has become his storytelling signature. His art, along with Mike Spicer’s colors, continues to melt faces as it explodes off the page with kinetic action, incredible detail, and thoughtful composition. Be sure to grab this new issue when it hits shelves on July 20th!

While not quite as explosive as the debut, Do A Powerbomb #2 is still a fantastic comic with great wrestling action, heavy emotional weight, and an insane twist that will leave readers begging for explanation in chapters to come. Review: DO A POWERBOMB #2 - Necromancers Love Wrestling