Review: The End is Nigh in DCEASED: A GOOD DAY TO DIE

The world is ending. The anti-life equation is taking out heroes left and right, and the fate of the universe rests in the hands of…Booster Gold? I’m not liking those odds in DCeased: A Good Day to Die, out this week from DC Comics.

Mr. Terrific can see three potential responses: one scientific, one magical, and one he doesn’t even want to think about. He, Big Barda, Mr. Miracle, Blue Beetle, and Booster Gold will do what they can, no matter the price. 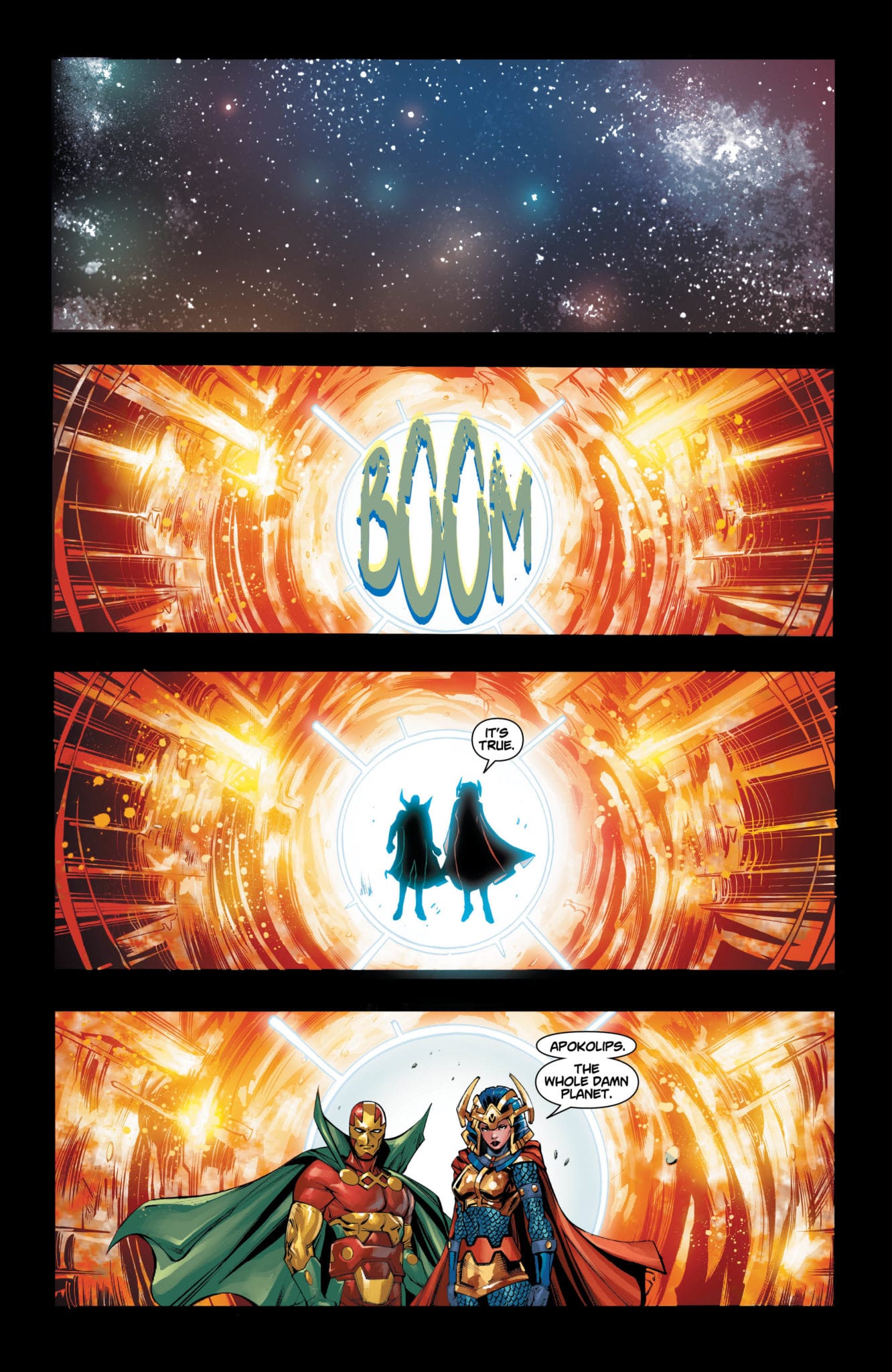 With the main DCeased story thus far, writer Tom Taylor has taken an overdone concept and presented it in a fresh and emotionally-compelling manner. The DCeased: A Good Day to Die one-shot shifts focus away from the core Justice League members, offering a different storytelling approach in the process.

The writing is very fast-paced. Taylor wastes no time on exposition to recap the events of the story’s first four issues. In turn, this makes the storytelling feel more engrossing and urgent.

The book walks a fine tonal line. The world is very much ending, and we see several favorite characters killed off by the end of DCeased: A Good Day to Die. Taylor counterbalances that fact with gallows humor, though, injecting levity without undermining the dark tone. The characters he chose to include here play off one another brilliantly, possessing a charming dynamic even despite the dire circumstances.

The humor serves as a spoonful of sugar to offset the overwhelming dread, but characters’ deaths still carry emotional heft. It’s a delicate balancing act; a hair in either direction could send the book careening into tonal dissonance. Taylor gives the reader a bit of hope, only to snatch it away. Fortunately, he manages to pull it off with impressive results.

Taylor’s work on DCeased has been inspired thus far. Despite the lofty standards set, DCeased: A Good Day to Die manages to stand out as one of the highpoints. 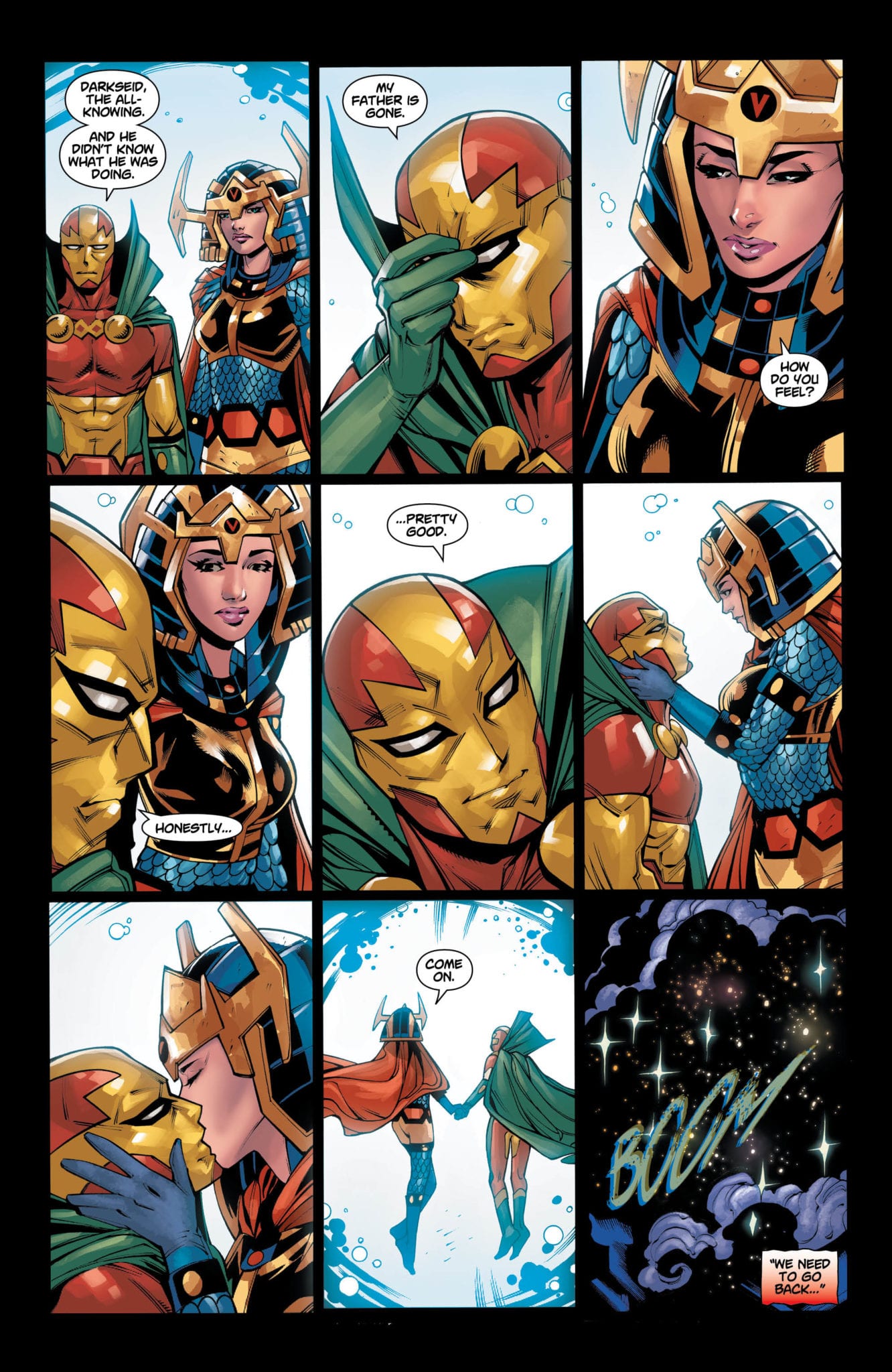 A team of four different artists provide pencil and ink work for DCeased: A Good Day to Die. Laura Braga pencils the majority of the book, while Darick Robertson covers several pages focused on Constantine’s narrative. The two styles are distinct, yet they meld nicely together.

Not every element falls into place on the artistic side. There are occasional awkward poses and confusing choices of setting throughout. That said, perhaps Braga’s greatest strength is how she conveys emotional pitch through subtle expressions. Mastering facial expressions is among the most difficult facets of comic book illustration. The ability to convey the emotional meaning and weight of a statement with a subtle shift of an eyebrow or twinge of the lip is the sign of talent as an illustrator.

Colorist Rain Beredo had his work cut out for himself with DCeased: A Good Day to Die. The detailed settings splattered with a deluge of gore are a challenging subject. However, Beredo presents a final product that is vibrant, yet restrained. Colors pop off the page, without overpowering the rest of the work, or overwhelming the reader with an unintelligible mess of clashing tones.

DCeased: A Good Day to Die is an awesome addition to perhaps DC’s best event of 2019. Grab a veggie plate and dig into it.