Review: CANTO #4 – Amazing Adventures To Save An Admirer

Canto #4, out this week from IDW, takes you on a fantastic adventure full of humor and lovable characters that will pull at your heart strings.

Canto is a fantastic and original adventure fantasy that is hard to compare to anything else out there. The character designs remind me of Dark Crystal and The Neverending Story, and that is where any comparisons end. David M. Booher has created a world of wonder and humor that feels unique.

Booher writes Canto while Drew Zucker pencils and Vittorio Astone colors. Deron Bennet takes care of the lettering to round out the creative team. Each issue begins with a passage from a fable that Canto was reading at the beginning of the story. This story of a knight reads like it could also be someone telling the story we’re reading. It is told with pale colors and lettering that looks like old parchment to keep each narrative separate.

Zucker treats us to a few two-page spreads in this issue to give the world of Canto perspective. Walls surround huge cities, and it appears the buildings and homes are crammed together. Long distances have to be covered to get to each town and giants guard the doors; inferring that outside these large walled-off cities are all kinds of dangers. 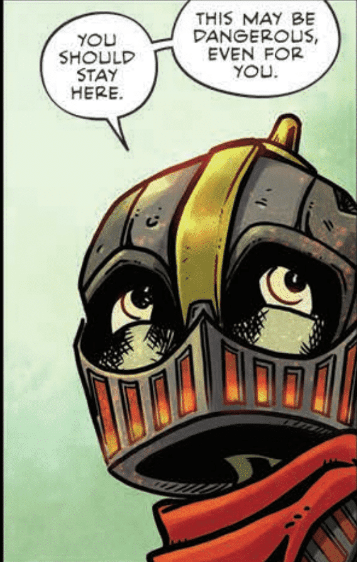 Canto is the brave little hero with a clock where his heart should be. Not one of his people has a name except for him, and he learns what it means in this issue. This story has an uncanny ability to make me feel delighted and depressed at the same moment. Jeff Lemire is my favorite author because of his ability to do this in just about any story he’s ever written.

Adventure films like Indiana Jones and National Treasure have always been something that I love. Searching unknown and dangerous locations for treasure and fame while details are only revealed as the information becomes necessary. Mystery and intrigue is the draw of those adventure stories, but neither matter if we don’t care for the characters.

Canto has vulnerable characters that you can’t help but root for, and thus pulls you further into this fantastic fantasy world. This story has the feel of an expansive online video game. So much seems to be happening around them that our adventurers could be easily distracted, but they push on towards their goal.

Our party of adventurers grows and shrinks throughout the story. Canto is consistently meeting people and making friends along his journey, and they always have some help or advice to lend. Canto is a story for all ages, and this shows that being kind and willing to learn from others attracts friends that can help you through problems that may arise. Every adventurer is stronger in numbers; especially when that adventure is life. 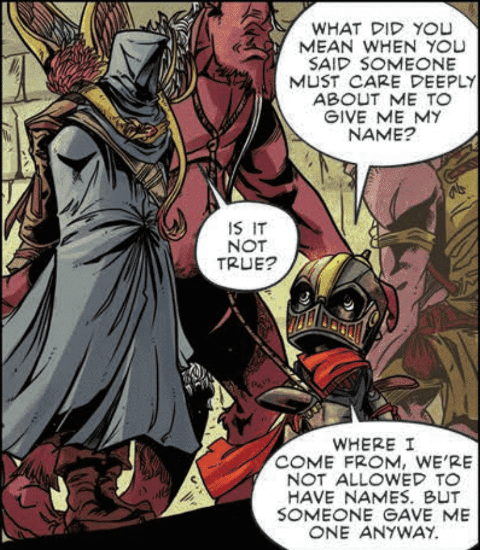 While just about any comic out there is getting picked up by film studios trying to capitalize off of the success of shows like The Walking Dead, Canto feels like it could easily be destined for a film adaptation. Plenty of exciting characters, conflicts, and an expansive world that can be built on for years, even after the comic ends. Many of the conflicts so far are also relatable to the current events in our real lives; another factor that possibly gets Canto on a screen near you.

“Live in a cage long enough you no longer see the bars.” Just about everyone can relate to that, even if you refuse to admit it. Canto is a fantastic adventure that has plenty to teach us if we open our minds.

Canto #4 continues the journey for his beloved's heart.Review: CANTO #4 - Amazing Adventures To Save An Admirer