THE WALKING DEAD: The Shocking Death Of An Indie Titan

Leave it to Robert Kirkman to pull off another unprecedented event in comics. The end of The Walking Dead, arguably the most popular independent title. Kirkman went so far as soliciting fake covers for issues 194-197. The surprise ending was abrupt and shocking, to say the least.

I learned about this the day after attending the wedding of my best friend as a groomsman… in Portugal. Amidst the drunken hangover haze and the intense, blinding sunlight glaring off the ocean, the first thing on my mind was, “I’m in Europe, this is going to be spoiled all over the internet, and all the copies will be gone by the time I get stateside.” I knew if I was able to get to a shop in Portugal, they wouldn’t have books from this week anyway. Consequently, I spent the majority of the rest of my vacation avoiding social media at all costs (great decision by the way). 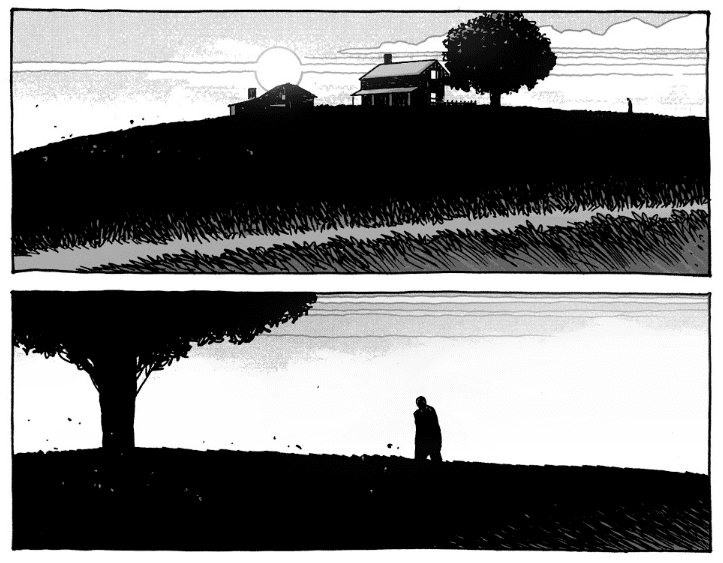 After the death of the main character Rick Grimes in issue #192, I was excited to finally see what this story was going to be like without him in the forefront of everything going on. Sadly, we didn’t really get much of that in this final issue. The time jump evident at the very beginning spares us what might’ve been a few issues of other characters dealing with the loss, while also letting Charlie Adlard age these characters he’s been drawing mostly the same for years. We see how the world has fared without Rick Grimes. There’s a statue erected in his honor featuring him in a pose from his last big speech at the Commonwealth. Life has, for the most part, returned to how it was before the walking dead. Average citizens are back to participating in practices that would anger you. Maggie has taken a ruling role in the new world, but it appears in the process, has neglecting being a good parent, as Hershel is the main antagonist in this future story. Carl is still holding onto his fear, as he explains he doesn’t even want his daughter to be aware that the dead ever walked the earth, and we know what happens when you ignore the past instead of learning from it. 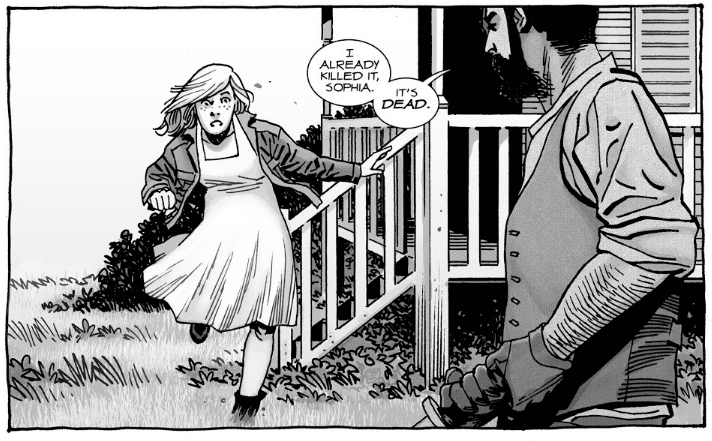 The abrupt ending leaves us with many unanswered questions. I’m sure most people are interested in; What was Negan up to all this time? The biggest unanswered question for me, what was the cause? Why wouldn’t the dead stay dead? Why was everyone infected? How could something infect everyone? What happened in other countries and around the world? I was told while online the following days that Aliens were mentioned as the reason the dead wouldn’t stay dead. I’ll have to go back and see if I can find that, even then, that raises more questions for me. Why wouldn’t anyone be worried about aliens trying to end life as you know it on your planet? Wouldn’t you be worried they might return and try again? Were they even looking for a cure? This is obviously not the story Kirkman wanted to tell. 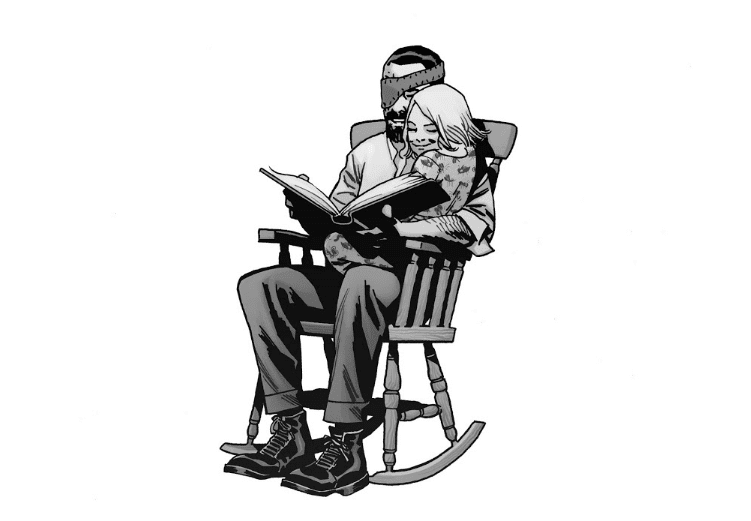 I’m always interested in what storytellers think would cause the end of the world. What did Kirkman think would cause this kind of devastation and death all across the country? In his notes for the series, does Kirkman even have a reason or cause to the zombie virus? I guess that’s a story for later or something to discuss at an appearance. Choosing to end the story when he did, maybe he will tie it in with a future book. Maybe Oblivion Song will end with the start of The Walking Dead. At least with TWD over, any other personal conflicts or family drama that would’ve been used to keep TWD going can now be used as subplots for Oblivion Song or Outcast. I would definitely recommend reading Oblivion Song if you’re not already. It’s got a little Stranger Things flavor to it.

As an avid reader of The Walking Dead, I’m sad it’s over, but I’m very glad it’s over. It was satisfying enough to be a great ending, all the while, still leaving plenty open for interpretation.

Are you a Walking Dead fan, what did you think of the last issue? Comment below with your thoughts.