Review: The Bat is Back in Town in BATMAN #80

The Battle for Gotham begins in Batman #80, hitting shelves this week from DC Comics. All things considered, the stakes couldn’t be much higher.

Batman and Catwoman begin their fight on the streets, working their way through the rogues’ gallery gauntlet. Meanwhile Gotham Girl, seemingly deprived of the Venom shipment interrupted by BatCat in our last issue, is near-death. And for that, Thomas Wayne swears revenge. 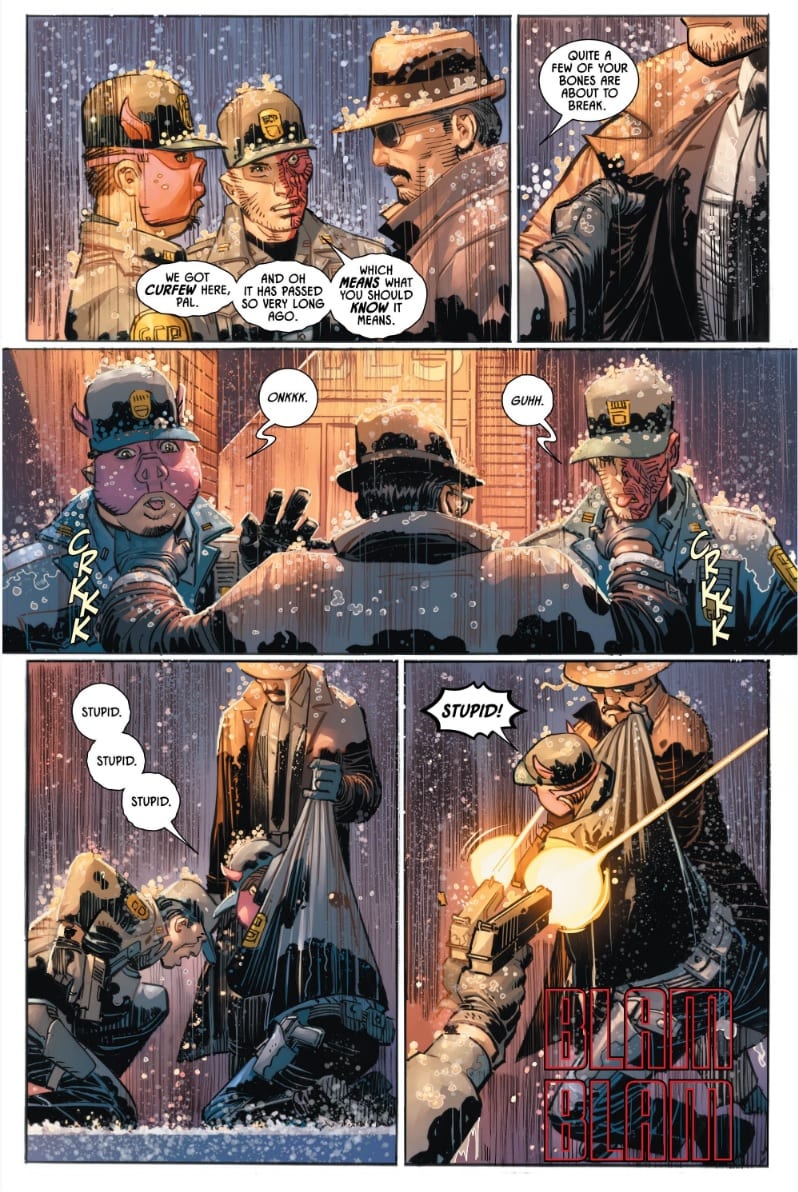 Tom King’s writing in Batman #80 is compelling and well-paced. The dialogue is relatively sparse, allowing action to drive the story through most of the book. When dialogue is present, though, King doesn’t waste many words. It’s purposeful and targeted to achieve the greatest effect.

This issue indulges the reader in some pretty straightforward street brawling. The villains, one by one, come to the horrifying realization that Batman is back in Gotham, and he’s on the warpath. It’s fun, and it offers a bit of catharsis after seeing Bruce on the back foot for the last several issues.

All that considered, Batman #80 is not without flaws. Namely, the gamble Bruce makes at the book’s end stretches the limits of plausibility. It’s a great twist that heightens the drama and hooks the reader, ensuring we come back to discover what happens in the next issue. It’s difficult to imagine Bruce making such a wager, though, and it feels like something he would never do. It’s out of character, and it reflects poorly on his persona in general, spoiling an otherwise stellar work.

The book has a lot going for it all things considered, reckless endangerment aside. It’s another solid chapter in King’s culminating storyline. 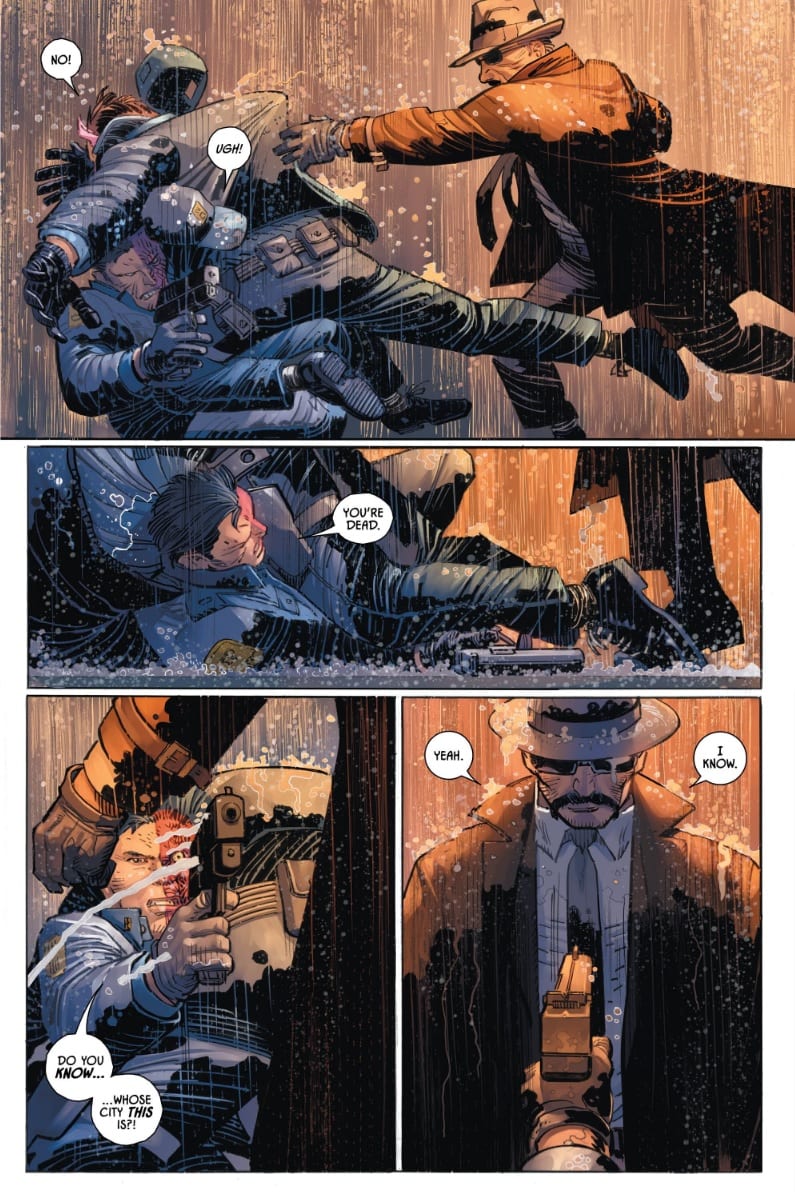 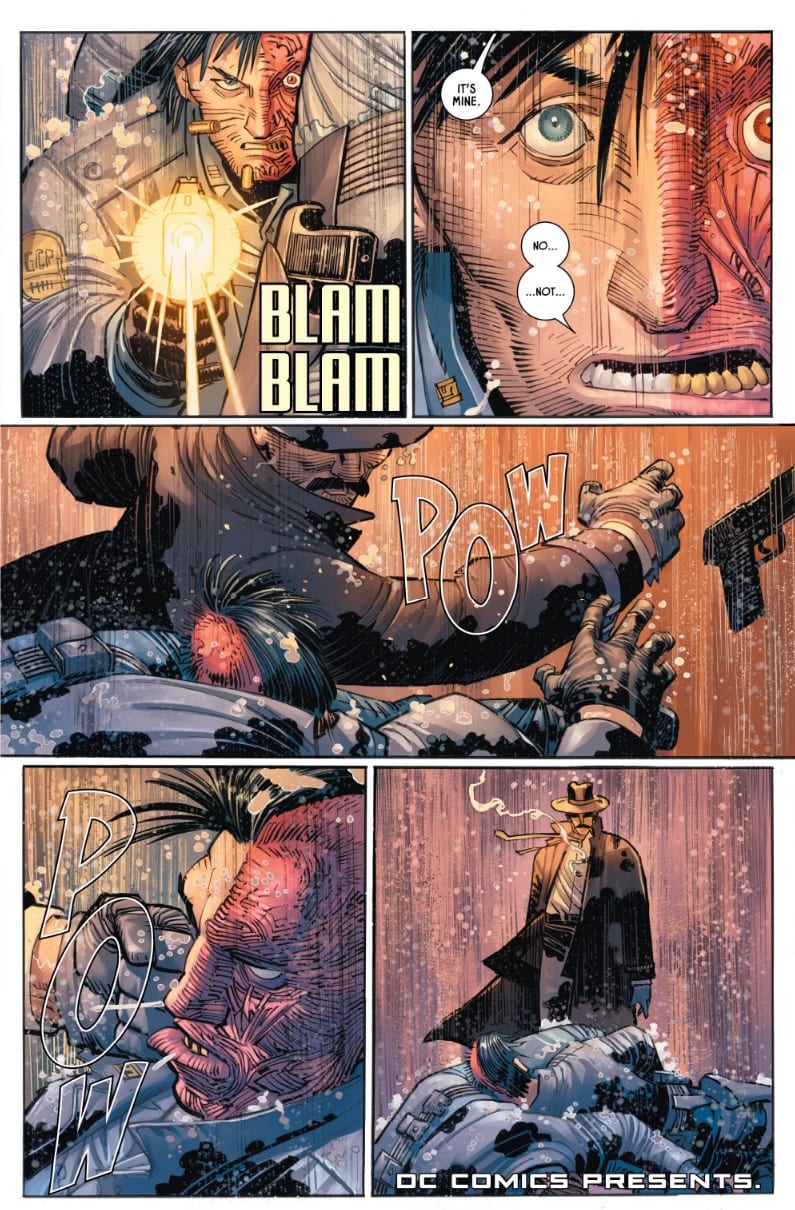 The legendary John Romita Jr. and Klaus Janson team up to provide artwork for Batman #80. The pair takes a conventional approach, dividing each page into neatly-gridded panels. While not the most dynamic layout, it lends the book a sense of symmetry, tying everything together nicely. It’s rather meat-and-potatoes, but it’s done oh, so well.

Romita Jr. has an eye for creating dramatic illustrations. He skillfully uses repetition with subtle change in perspective or proximity to the subject to make the work feel cohesive while heightening tension. The images flow fluidly, with each still leaving a unique impression. For his part, Janson provides impressive work, making the book feel crisp, while also having a bit of grit to it.

Excellent though the pencils and inks may be, colorist Tomeu Morey doesn’t allow his peers to upstage him. Batman #80 is packed with rainy streets at night, and the setting allows Morey to showcase some beautifully stylish and expressive work. The artist highlights many of the pages in outlandish accent colors, giving it a vaguely neo-noir vibe. 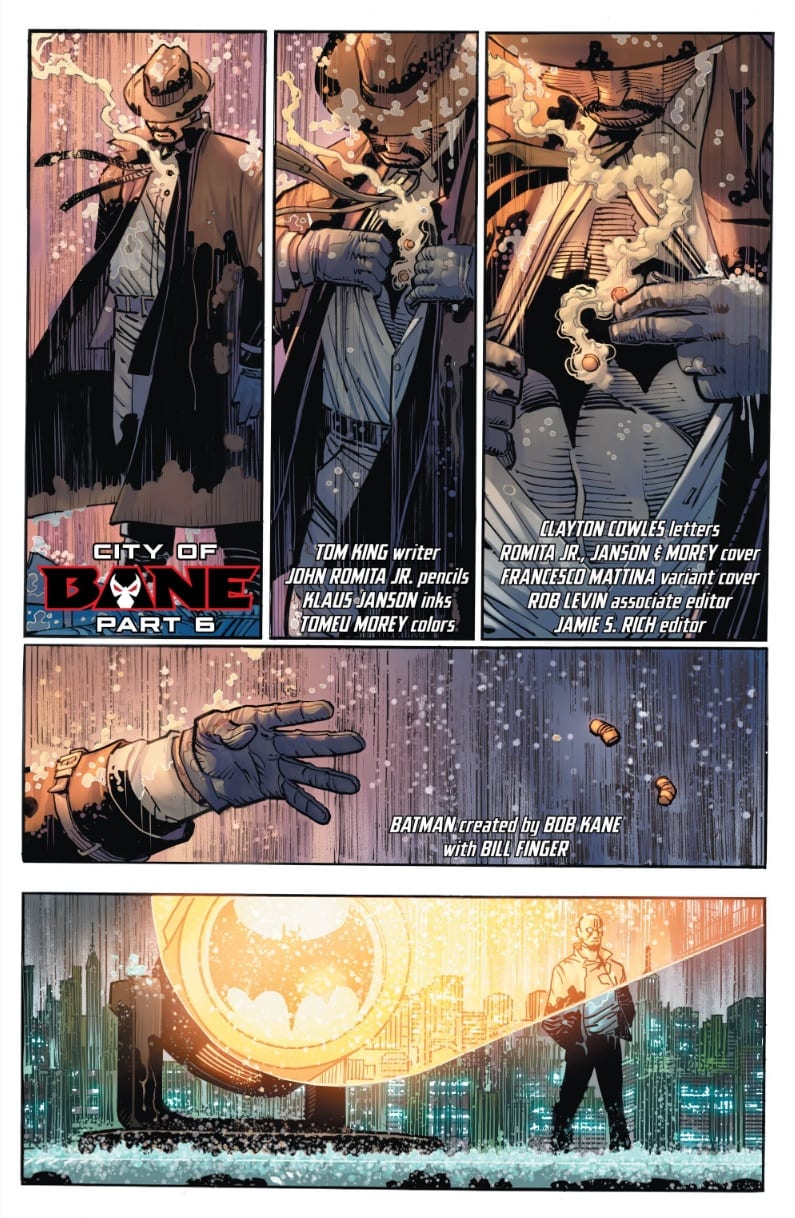 Aside from troubling issues with Batman’s characterization, Batman #80 is a home run. It’s worth looking past the problems for the compelling storytelling and gorgeous artwork.

BATMAN #80 offers fun and action-packed writing, with gorgeous artwork courtesy of John Romita Jr. and Klaus Janson. The ending cliffhanger carries some troubling implications, but the rest of the book is stellar.Review: The Bat is Back in Town in BATMAN #80