Heads start rollin’ and they keep talkin’ in Bastketful of Heads #2, out this week from DC Comics Black Label.

After the first issue started off like an adventure with Scooby and the gang, the 2nd chapter picks up right where it left off, just before the perfect storm of chaos hits Brody Island. 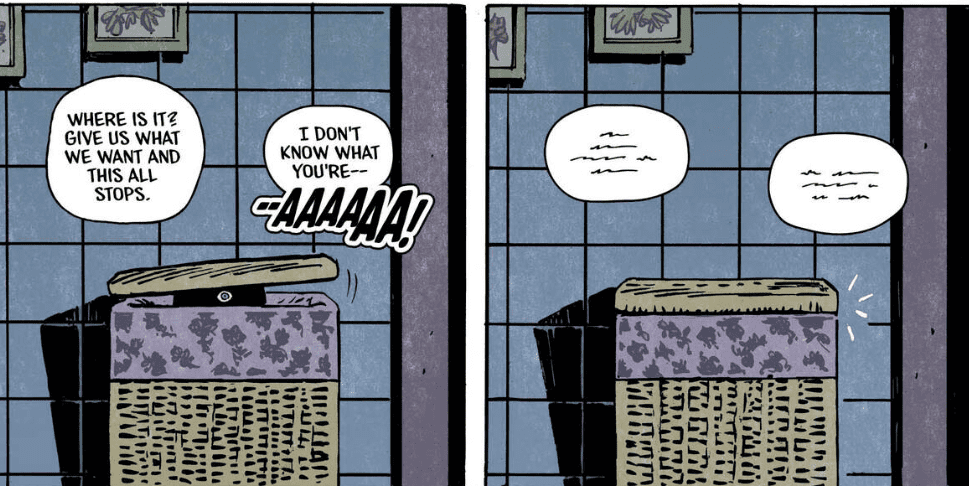 Joe Hill has started off the Hill House Comics imprint with a really fun horror comedy; a genre we don’t quite see often enough and we see it done well even less. The movie I always come back to for a great reference to what a amazingly executed horror comedy looks like is The Cottage with Andy Serkis. Obviously, this doesn’t seem like it would be much of a comedy, but once the heads start talking it’s hard not to laugh.

Leomacs handles the art for this book, and is very reminiscent of Francesco Francavilla. If you’re a fan of Afterlife with Archie this is another book for you. The full page depicting the first decapitation is t-shirt material if I’ve ever seen it. If Hill House comics needed another image for advertising, that would be a home run. 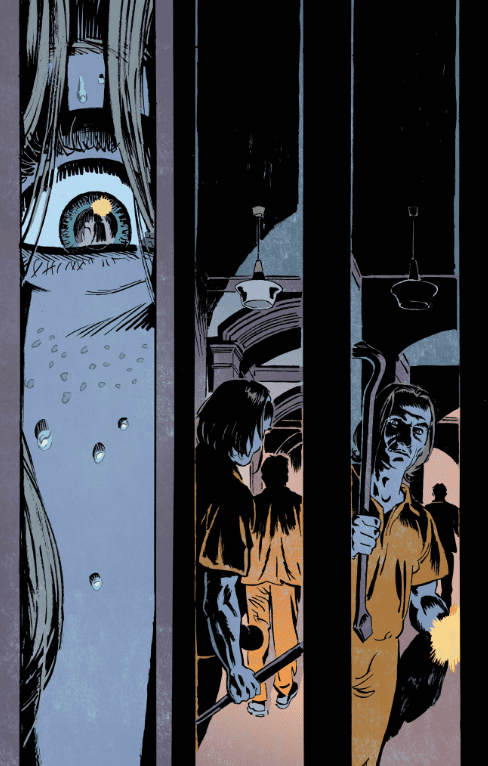 Dave Stewart is back at the colors again. The only light source throughout the issue is the storm itself. Any bright colors are very pale to depict a dark environment, and the scenes of extreme violence are accompanied with bright red to catch the reader’s attention. Aside from the violent panels, the book is shrouded in darkness for a very realistic portrayal of an island in the middle of a devastating storm.

Deron Bennett is on the hook for the letters in Basketful of Heads #2. This is not the first time I’ve reviewed two books in one week that share an artist. When you’re good at what you do other creators will seek you out to work on their books with them, and soon enough you’ll start to see the same names every week. Bennett’s word bubbles are very easy to read, even after the art is compacted more than usual with the borders on each page. He varies the way each sound looks so that we don’t mistake it for a constant or consistent sound.

It would appear that someone was wrong about these escaped convicts. The sheriff said back in issue 1 that they were non-violent and not a serious problem, but now they’re cutting off fingers and shooting at women. 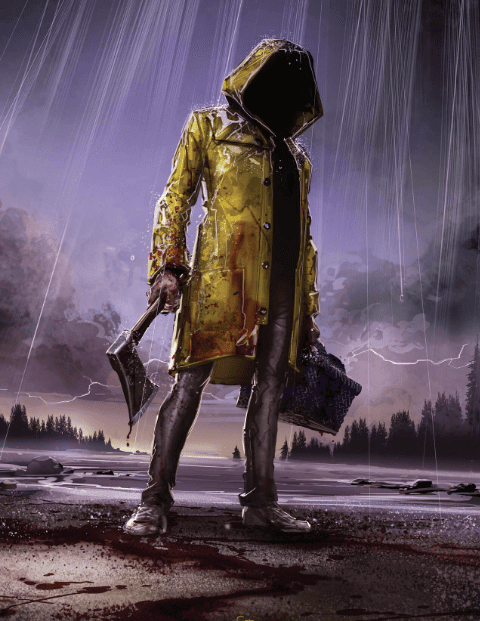 As Brody Island is cut off from the mainland by the storm, more details come to the surface. At least one of these prisoners is definitely not what he seems, and it adds some extra suspense for the series going into the next chapter.

I am definitely enjoying Basketful of Heads so far. Since it’s only a six issue mini-series and the covers are amazing, I’ll be on board for the entire run. If you like an 80’s style horror story with art that brings back the nostalgia of old pulp horror creature features, or the original Friday the 13th, then Basketful of Heads from Joe Hill and Hill House comics is a title that should be on your pull list. 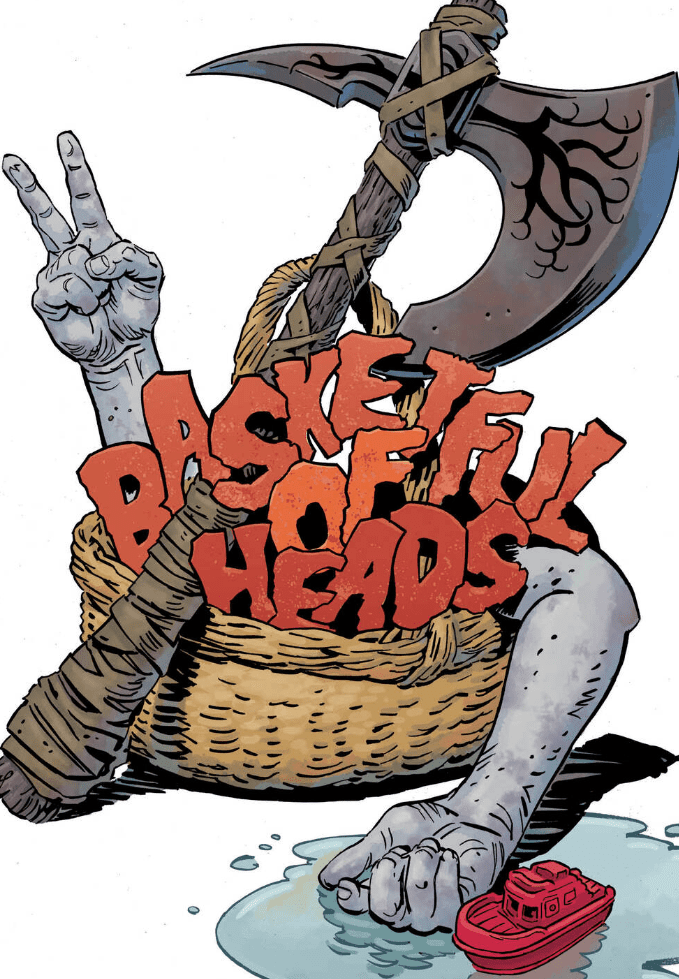 There’s something else going on with Brody Island. Something only a few people know about. What could be keeping these severed heads alive? Is there some type of witchcraft?  I’m betting on some kind of ancient burial ground that might tie in with the Sea Dogs story.

What did you think of Basketful of Heads #2? With two titles out from Hill House comics what do you think so far? Let us know in the comments below.

8881
Find out how to get the
Monkeys Fighting Robots magazine!