IRON MAN #2, available from Marvel Comics on October 21st, reveals this arc’s Big Bad and continues Tony’s quest for self-discovery by reckless means. Written by Christopher Cantwell and drawn by CAFU, the sophomore chapter in this run has really high highs and a couple of deep, down lows that make for a mixed issue.

Alex Ross can do no wrong in my book with his art. Famous for his phot-realistic style, Iron Man is steeled against the next blow with the smoke of battle wafting up from his armor. It’s a tense and dramatic cover from Ross.

Cantwell’s writing takes the interesting character work from the first issue and pushes further into the self-doubt territory for Tony Stark. It’s a nice change of pace to see one of the frontline Avenger’s personal struggles not brushed off so easily or resolved in a nice, neat bow. There’s a real opportunity for personal growth here with Tony Stark, and I’m looking forward to seeing if Cantwell can capitalize on the setup. 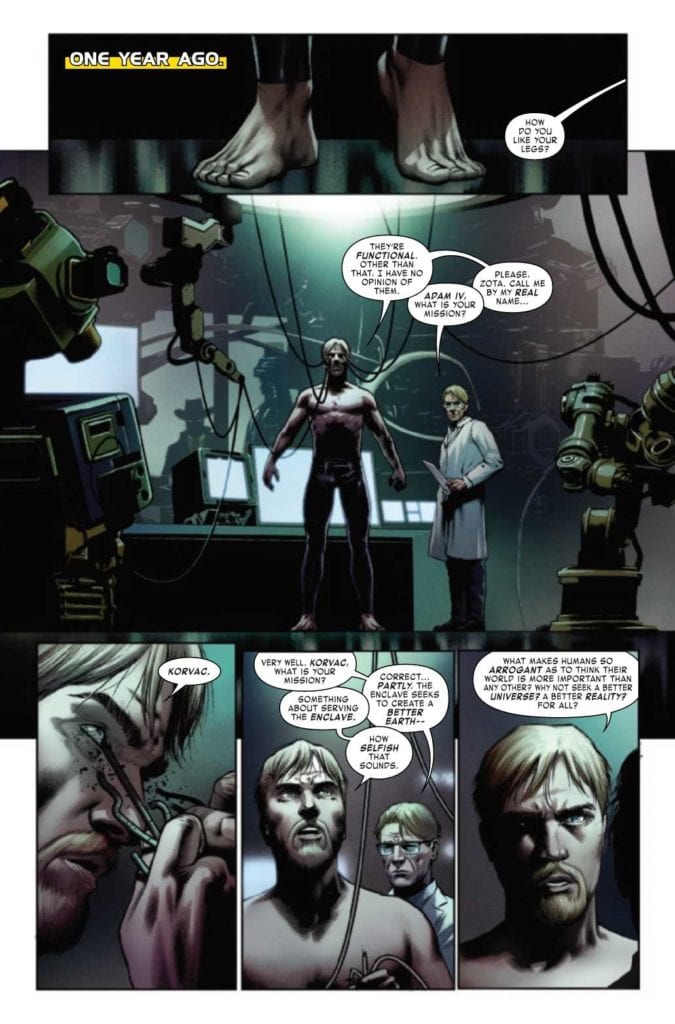 That said, a majority of this issue’s writing didn’t work for multiple reasons. The immediate reveal of Korvac completely diffused the anticipation from issue #1 (read the review here). It would have served the issue better to provide some build-up and drama to the reveal. In spots, Tony’s self-doubting dialog went so extreme as to come off as esoteric and out of character for the narcissistic playboy (“Is Iron Man just a wish in some kid’s game of pretend?”). It’s commendable to explore facets of the character in a new light, but taken too far, the character’s voice is lost. Lastly, Hellcat as the “tough love buddy” is anything but. She’s written as confrontational and it’s unclear why Hellcat is in this series. I hope Cantwell can clarify Hellcat’s role, and stabilize the erratic narrative that had such a strong start in issue #1. 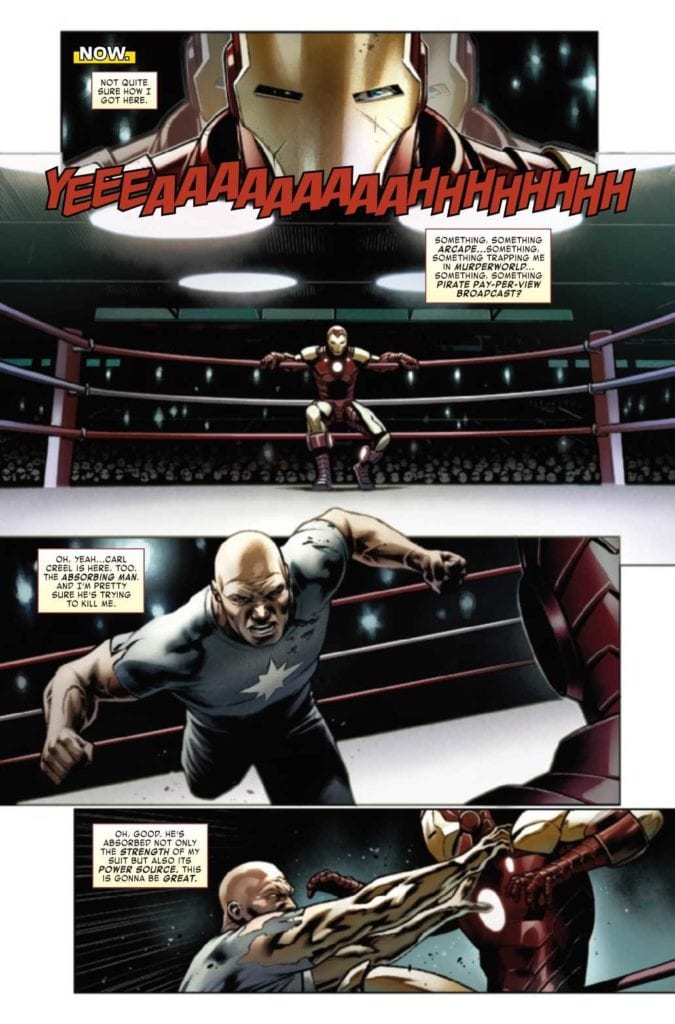 Thankfully, the strong art so prevalent in the first issue was carried through here from CAFU. Where a majority of the first issue relied on emotional acting, there’s a ton of action in this issue, and it’s exciting stuff. CAFU’s near-photorealistic style, similar to Alex Ross but stylistically unique, infuses all the panels with a cinematic quality that gets as close as possible to film without really being there. 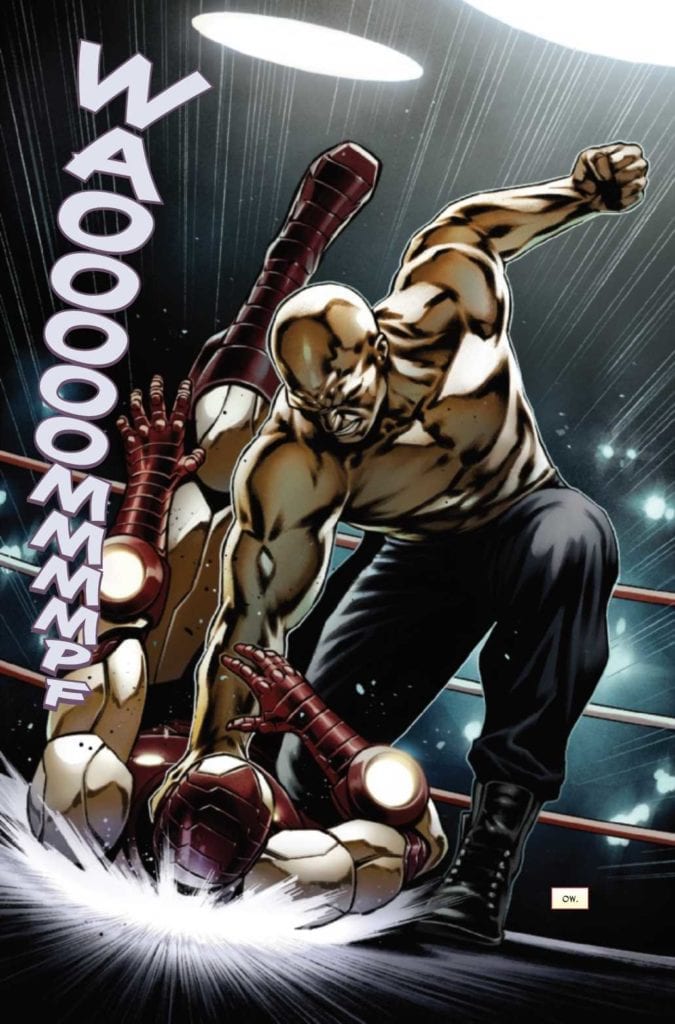 This is a gorgeously rendered book, and I’m looking forward to seeing what happens when Korvac makes his presence known.

Frank D’Armata’s coloring work is a perfect mate to CAFU’s renderings. D’Armata breathes life into every panel with shading in such high detail that you can see every wrinkle, fold, and crease in something as mundane as a t-shirt.  That high detail works and adds texture that gives Iron Man’s suit a rich metallic sheen, making it stand out just a little more. Exceptional colorwork here by D’Armata.

VC’s Joe Caramagna does an excellent job adding distinction to Tony Stark and Iron Man’s many voices in this issue. At various points, Tony is talking, whispering, talking through his helmet, talking over a communicator, etc.. Therefore this is one of the rare examples where a single character logistically needs multiple visual versions of his voice. Caramagna pulls it off to keep the narrative straight and the story flowing.

IRON MAN #2, available from Marvel Comics on October 21st, has great action and fantastic art but fails to build on the story potential from the first issue.

IRON MAN #2 has great action and fantastic art but fails to build on the story potential from the first issue. Review: Acceptance Through Penance In IRON MAN #2