Absolute Carnage: Symbiote Spider-Man, out this week from Marvel comics, isn’t the most graphic or twisted chapter of the Absolute Carnage story thus far. However, it may prove to be one of the darkest, drawing from a forgotten pair of pages from old Spectacular Spider-Man backissues to tell a story of surprising emotional gravitas.

Judge Len Elkhart is a regular, upstanding member of his community. Everything changes, though, after one really bad day pushes him over the edge, sending him down a sinister path that can only end with his destruction. 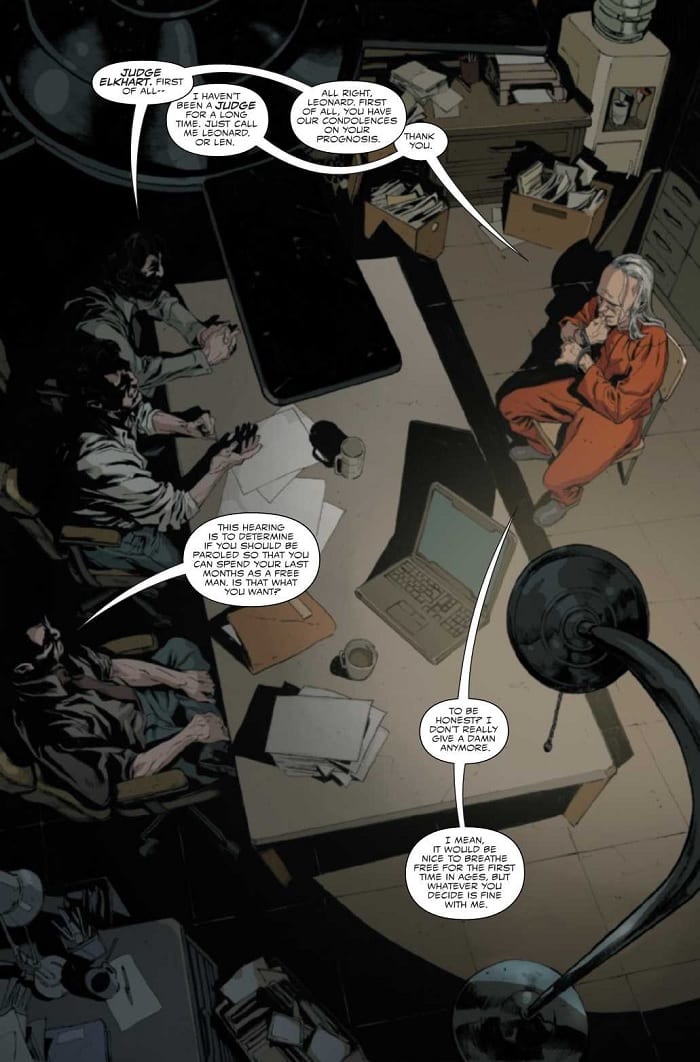 Absolute Carnage: Symbiote Spider-Man is an unorthodox approach to a Spider-Man story. That’s namely because, aside from a brief cameo, the book doesn’t actually feature Spider-Man. Even the symbiote in the book’s title takes a backseat, only really becoming relevant in the last few pages. Instead, we’re introduced to an unfamiliar new character, Len Elkhart, who is briefly hijacked by the symbiote suit while visiting New York.

The book is not really an action story. Rather, it’s more of a drama detailing the sad events that led our protagonist where he is. The book offers an extended flashback explaining how one man comes to welcome death.

Writer Peter David does a fantastic job drawing the reader into Absolute Carnage: Symbiote Spider-Man. Despite having limited space with which to work, he manages to weave a compelling and emotionally-resonant narrative. Elkhart’s pain and regret are palpable, generating pathos and capturing the reader’s interest.

The book features thematic elements drawing on other classic stories in comics history. Focusing on an ordinary individual as our protagonist, rather than the heroes occupying this world, has hints of Marvels. The narrative, however, borrows from other sources; Len’s life unravels because of a few bad choices and happenstance. “That’s all it takes. One excuse,” he says at one point, closely paralleling The Joker’s “one bad day” thesis from The Killing Joke.

Overall, the writing is tight, efficient, and incredibly compelling from beginning to end. 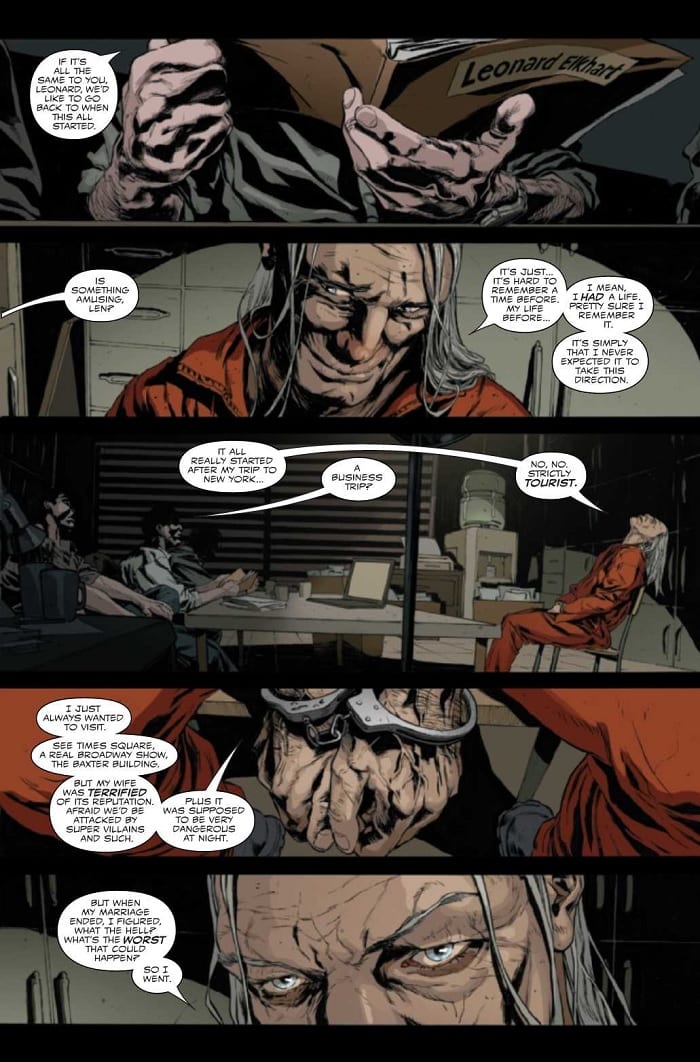 Francesco Mobili’s illustrations in Absolute Carnage: Symbiote Spider-Man perfectly capture the tense, mournful tone of the story. The work makes repeated use of closely-cropped panels focused on Len’s face as he recounts the story, showing the lines and imperfections carved into his skin after years behind bars. His gaunt appearance contrasts with his lively, younger self, driving home how heavily the events of the book weigh on him.

Mobili maintains a consistent approach throughout the book. He tends to keep panels tightly-focused on characters’ faces, pulling back into wider images primarily for impact or to enhance the mood. This allows him to play with different angles, constantly changing the perspective without making the page feel cluttered or confusing.

Java Tartaglia and Rain Beredo share color duties for Absolute Carnage: Symbiote Spider-Man. Their work suits the style of the book well, providing a subtly washed-out look for much of the flashback sequence, contrasting with the sharp, dark tones of the present day.

Absolute Carnage: Symbiote Spider-Man is a surprising entry in the Absolute Carnage storyline. While the connection to the larger event is tenuous, it’s a well-crafted story and is definitely a must-read chapter in the tale.