ABOVE SNAKES #1 — out July 13th from Image Comics — is a thrilling, captivating entry into this world. It’s perfect for fans of westerns, tales of vengeance, and snarky, talking birds from across the netherplane. The series is by writer Sean Lewis, artist Hayden Sherman, and letterer Hassan Otsmane-Elhaou.

This is the story of Dirt, a man seeking vengeance against those who killed his wife while he was away at war. Accompanying Dirt is Speck, a golden vulture who wants to feed on the blood Dirt spills.

Now, a veteran wandering the west hunting for vengeance probably sounds familiar. It’s one of those concepts that’s been done — and done well — plenty of times before. It’s a winning formula, but Lewis, Sherman, and Otsmane-Elhaou take things further. ABOVE SNAKES is anything but old hat. This creative team leans into the tropes of the genre and plays with them in fresh, fun, and interesting ways. 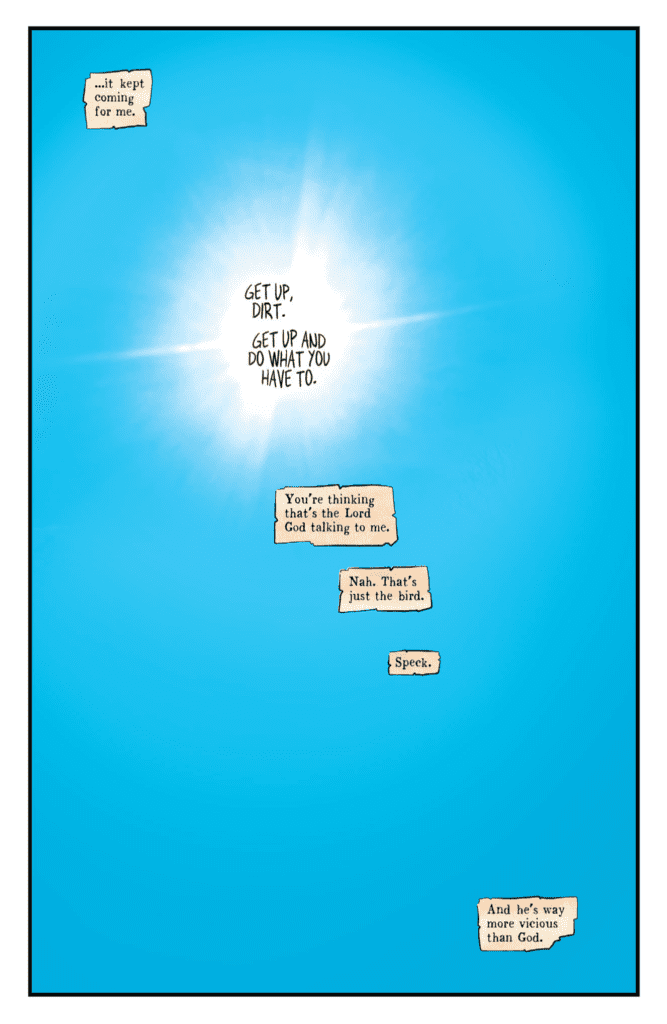 Lewis gives you all the information you need to know about this story in the dialogue/narration of the first few pages. It’s a masterclass in efficiency, quickly introducing you to the world and setting the tone up top so that you can enjoy the ride. The same goes for Lewis’ characterization: through dialogue, we get an immediate sense of who Dirt and Speck are. We know their respective voices and personalities before either of them even enter a panel.

Dirt is the gunslinger you love to root for. He’s broken, cynical, and reluctant, but there’s something else there too. The reader can see more in Dirt, even if he can’t see it in himself. Coupled with Lewis’ snappy, direct dialogue, Sherman’s art cements Dirt’s character in your mind. The artist’s signature raw inks and colors reveal Dirt’s worn and tired face, but still the antihero stands tall. He’s a towering figure in this lawless and violent world. 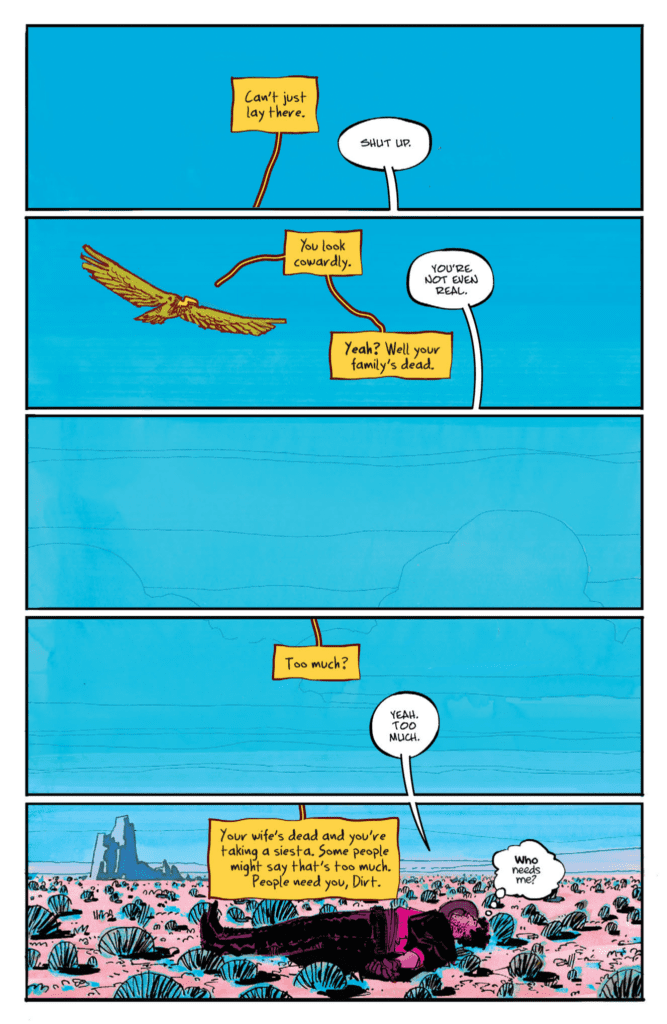 Sherman’s whole world design for ABOVE SNAKES is first-rate. They’ve largely made their name drawing sci-fi, but damn it all if the artist wasn’t born to draw a western. The world of SNAKES is a barren and dirty place. Sherman’s mashing of fiery reds and soothing blues creates some real stand-out moments in the middle of this issue when the bullets start flying. Westerns are a staple of film history, and there is a true cinematic quality to the way Sherman frames and colors this issue.

Hassan Otsmane-Elhaou is one of the best letterers working today, so it should be no surprise that his work on ABOVE SNAKES stands out as a highlight of the book. From the sound effects, to the style of Speck’s dialogue, to the typewriter feel of the narration, the lettering is such a major part of what makes this book feel unique and special. There are little things, like building a word balloon into a character’s reflection in a knife, that just make you stop and appreciate the thought and care that was put into this comic.

Whether or not you traditionally like westerns, do yourself a favor and pick up ABOVE SNAKES #1 when it comes out July 13th. This is a comic from a creative team at the top of their game. 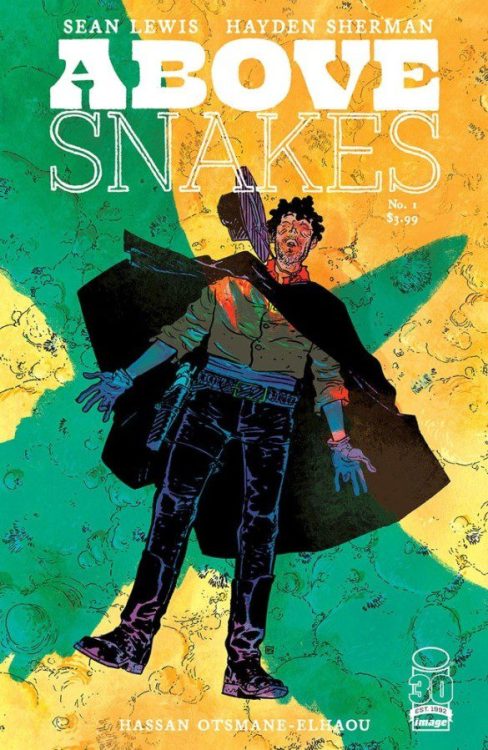 A thrilling, captivating entry into this world from a creative team at the top of their game. Pick up this book, whether you like westerns or not.Review: ABOVE SNAKES #1 Is Everything You Love About Westerns (And More)